No Dolby Atmos on Disney+

Just got a new soundbar that supports Atmos. Atmos works great using Netflix & Prime on Sony TV apps, also through Sky Q+ but I can't get any Atmos on Disney+, I've tried it on Sony Tv app, Firestick 4k and Sky Q and none outputting Atmos but Dolby Vision works ok. Any ideas?

I know that Disney had throttled down quality earlier in the year due to Covid as did Netflix with regards to picture and sound quality....not sure if they're still running under the same conditions though
LG 65 B8 OLED tv, Denon AVR-X4500H receiver, B&W MK1 MK2 5.0, Dali Alteco Atmos x4 , SVS SB2000 PRO
R

Thought I'd read that had been restored?

I can attest no Atmos via Samsung QLED or a ROKU Stick + connected directly to the Denon AV. ATV app & Primevideo both do Atmos via DD+ on both the Samsung & ROKU via DD+. I think Atmos on Disney + is a bit of a fib frankly.

Just asked on Disney+ live chat and they said :

"Our compatibility with Dolby Atmos is currently being expanded yes, as we're adding features to the app every day "

I asked why it didn't work on the Samsung app when ATV, Primevideo etc do pass via DD+ and was told it was different protocols, whatever that means!

Then I got someone else and asked about my ROKU Stick and was told this;

"in light of the concerns expressed by government officials regarding the use of broadband services in this challenging time, we have instituted measures to lower bandwidth utilization, and in some circumstances streaming content in HD and UHD formats will be limited or unavailable. Thank you for your patience and understanding."

So Disney plus are still limiting bandwidth by all accounts

Nope, not in the UK or else why is it that I can get Atmos while others cannot? Am I accessing the service from a server somewhere else in the world that sees my IP as being somewhere not being capped?????

Disney lifted the bandwidth cap in the UK some time back and the UK government have never requested that they throttle the bandwidth. The capping was done relative to requests from other countries within the EU. 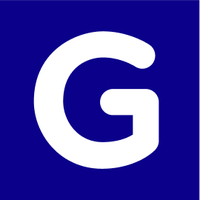 We come from the future.

Now, it seems the problem has either passed or never actually materialised, so Disney+ is back to full quality, including picture and sound: 4K, HDR, Dolby Atmos, it's all there.

… Restrictions were lifted on 29th June so given that it's now Cursed July, you shouldn't run into any problems at all. Which is handy, considering Friday is HAMILTON DAY.
Click to expand...

Not anywhere as far as I was aware, very difficult to get any sense from their help desk

Ok so got a better agent just there, below is the complete list of ATMOS devices that they were aware of (it's not on their website of course). My kids have an Xbox S so I may try and connect that up to my system just to see whether it does pass Atmos just to prove a point.

You can also get ATMOS audio on Andoid TV, Android 10.0 and newer

Lol, just goes to show, you just cannot rely on what Disney support tells you....

On the plus side I do have Disney plus sending full Dolby Atmos via the Xbox S, I just watched the battle at the end of infinity war and it's fantastic! have to put it back in the kids room though now but it was good to see & hear Atmos being passed on Disney plus

As a matter of interest, is that full Atmos on the Firestick or via Dolby digital plus?
M

Doesn't the Apple TV 4K pass Atmos from Disney Plus, as well as Amazon and Netflix?

I don't know, Disney support is not very reliable. I can for sure say it works on XBox S connected directly to the receiver. It does not work on a 2018 Samsung QLED app or ROKU Streaming Stick Plus. That's all I know for sure...
D

dots999 said:
As a matter of interest, is that full Atmos on the Firestick or via Dolby digital plus?
Click to expand...

dots999 said:
As a matter of interest, is that full Atmos on the Firestick or via Dolby digital plus?
Click to expand...

If asking whether Disney use TrueHD then the answer is no. No streaming service uses HD TrueHD due to the additional bandwidth required to do so. TrueHD is devoid of the backward compatibility measures integrated into Dolby Digital Plus and DD+ has a DD core which would be seen by older devices that aren't DD+ compliant or lack the DD+ codec. Atmos itself is simply metasata packaged with the audio. It would be the same metadata regardless of whether the audio itself is TrueHD or DD+ in nature.

Windows PCs, the XBox and the Apple TV device all need to use Dolby MAT to output Atmos. Dolby MAT allow the metadata to be streamed with multichannel PCM after the source device has decoded the TrueHD or DD+ audio package:

Dolby Atmos in Dolby MAT
The Dolby Metadata-enhanced Audio Transmission (Dolby MAT) encoder resides in a Blu-ray player to pack the variable bit-rate Dolby TrueHD bitstreams for transmission over the fixed bit-rate HDMI connections. A MAT decoder is subsequently employed in an AVR to unpack the Dolby TrueHD bitstreams. With the introduction of Dolby Atmos, we have expanded this technology to support encoding of Dolby Atmos content as lossless pulse-code modulation (PCM) audio.

If not using one of those devices then you'd have to bitstream the TrueHD or the DD+ audio inclusive of the Atmos metadata to an AVR or soundbar able to decode it. Decoding it using the source device would simply result in just the multichannel PCM data being sent to the AVR or the soundbar and the Atmos metadata would be discarded:

Dolby Atmos in Dolby TrueHD is transmitted from a Blu-ray player or Ultra HD Blu-ray player to your AVR via an HDMI connection. If your AVR supports Dolby Atmos, the Dolby TrueHD object-based audio and related metadata will be decoded, processed, scaled, and rendered to your specific speaker configuration. Dolby Atmos audio can be encoded with Dolby TrueHD at multiple sampling rates (including 48 and 96 kHz) and bit depths (16- and 24-bit).

Dolby Atmos in Dolby Digital Plus
Click to expand...

Both new audio decoders are designed to be fully backward compatible with legacy channel-based Dolby Digital Plus and Dolby TrueHD soundtracks.
Click to expand...

In the case of the home theater, every sound in the Atmos mix is represented as an audio object. When you set up your Dolby Atmos enabled AVR, you inform your receiver how many speakers you have, what type of speakers they are (large, small, overhead, and/or Dolby Atmos enabled), and where they’re located. Armed with this information, a processor in your AVR analyses the positional metadata and scales each audio object for optimal playback through the connected speaker system. This process include includes determining in real time exactly which speakers it needs to use from moment to moment in order to reproduce the sounds of the car careening across the screen and the child fleeing up the stairs etc.
Last edited: Sep 6, 2020

Is there a likelihood that at some point they'll be able to stream TrueHD etc in the near future? I think thats the only reason most of us stick with our BDPs and physical media.
LG 65 B8 OLED tv, Denon AVR-X4500H receiver, B&W MK1 MK2 5.0, Dali Alteco Atmos x4 , SVS SB2000 PRO

I'd suggest it very unlikely that they'd start doing so. It causes too many issues, not just relative to the additional bandwidth required, but also in terms of providing backward compatibility for those who've not a setup and or equipment able to handle and or decode TrueHD. As I posted, DD+ includes backward compatatilibility for older setups devoid of access to DD+ codecs. TrueHD has no core it can revert to if someone hasn't a TrueHD compiant device or setup. The use of DD+ enables broadcasters and streaming services to cover many bases using just one single soundtrack. The same soundtrack can provide Atmos, DD+ or just DD. This is basically why all the streaming services use it.

There's nothing technically preventing them streaming TrueHD, but the bandwidth would be greater and not everyone has a setup that can deal with TrueHD encoded audio.
Last edited: Sep 6, 2020

Interesting. When testing the XBox S earlier it required downloading a Dolby App to enable Atmos within the Xbox settings, there were then three Bitstream output options in the XBox settings, DTS, Dolby Digital and Dolby Atmos. Interestingly Disney didn't send Atmos via Dolby Digital when connected directly to my receiver (an AVRX2300 with Atmos configuration) or when connected to the TV (which usually passes the lossy Atmos via DD+ with no issues ). Disney app showed movies with 5.1 sound in the description as I saw via the Samsung & ROKU apps. When connected to the TV the Atmos setting in XBox would not select (it noted the lack of Atmos capability ) but when connected directly to the receiver the Atmos setting worked like a charm, the movies all showed Atmos in the description hence why I wondered whether Disney Plus was sending the full Atmos soundtrack, may have helped explain why they are struggling to send Atmos on a number of devices. But as you rightly note, why would they do that when they can just pass it via DD+, it doesn't make sense. Anyway hopefully they figure it out before my annual subscription is up as I won't be renewing (my kids have no real interest in it and the content isn't there to justify just for me though the Atmos etc would helps justify this year!)

Note that the TV would need to use eARC to convey multichannel PCM to an eARC compliant AV receiver if passing the Atmos audio through said TV to an AV receiver. Conventional ARC is limited to just 2 channels of PCM data.

The soundtrack Disney provide to those with an XBox is the exact same Atmos soundtrack (DD+) as that used for the Disney+ services on every other device. The only thing differentiating the XBox is its reliance upon Dolby MAT relative to its Atmos output capabilities.
Last edited: Sep 6, 2020

One things for sure; I've learnt a lot more about Dolby Atmos
L

I have a 2020 Sony TV and get Atmos only on Netflix, via the inbuilt Sony TV app (Android TV 9), but the inbuilt Disney + and Amazon Prime App do not seem to send Atmos content to my receiver or to the TV's inbuilt speakers (which are supposedly Atmos capable, though obviously sound poor). Can anyone confirm that you can get Atmos on new Sony TVs/Android 9 TVs through the inbuilt apps for Prime and/or Disney +? According to dots999 (above) this will only be supported on Android 10 (if this ever comes to my TV), although the OP suggests that he/she is getting atmos via the Sony TV Prime App?