Looks lovely, are you going to get rid of the rear spoiler?? I think there's a more stuble 'duck' tail spoiler which I think looks perfect.

Any plans for modifications...for £3k litchfiled can get you up to 600bhp....if I had a GTR am not sure I would able to resist the temptation to try and get it to 700-800 BHP

Yes, seen that spoiler and it's lovely, however the car is remaining totally std (bar the installed gearbox upgrade)

Let's see how long that lasts 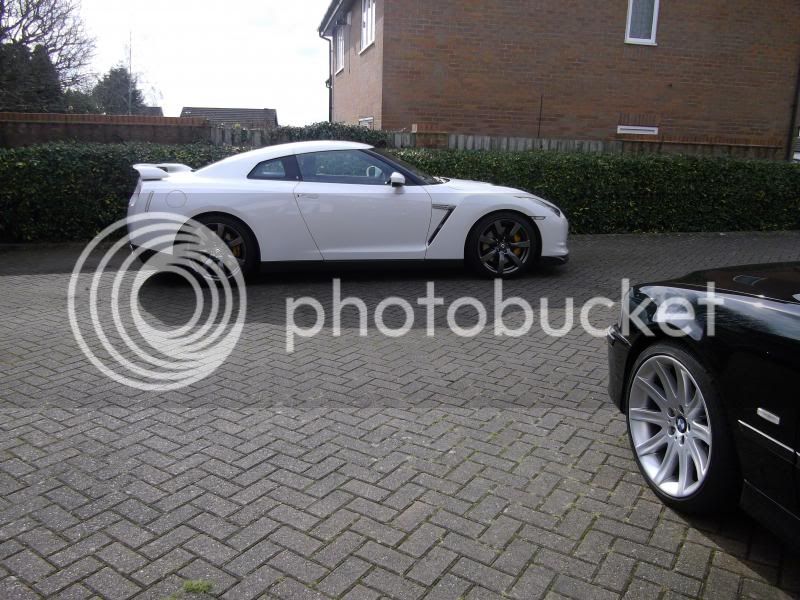 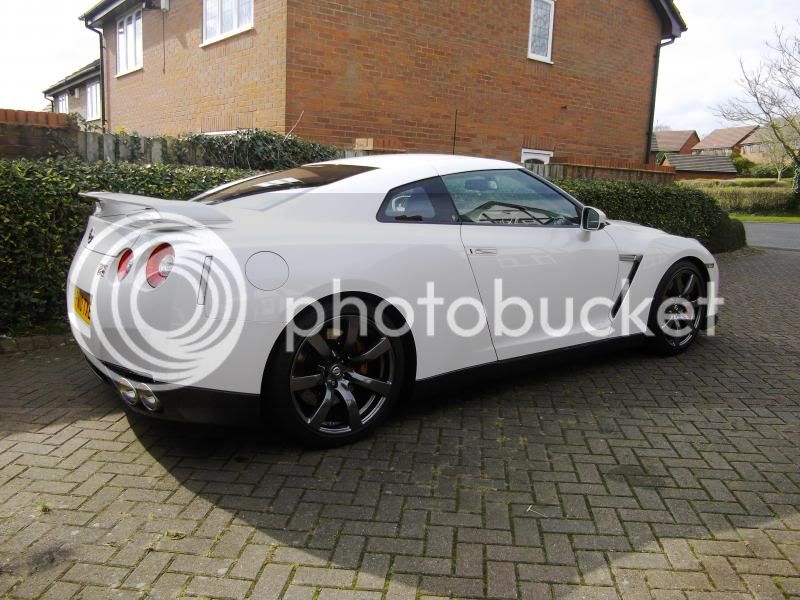 Compare to my E39 for size! 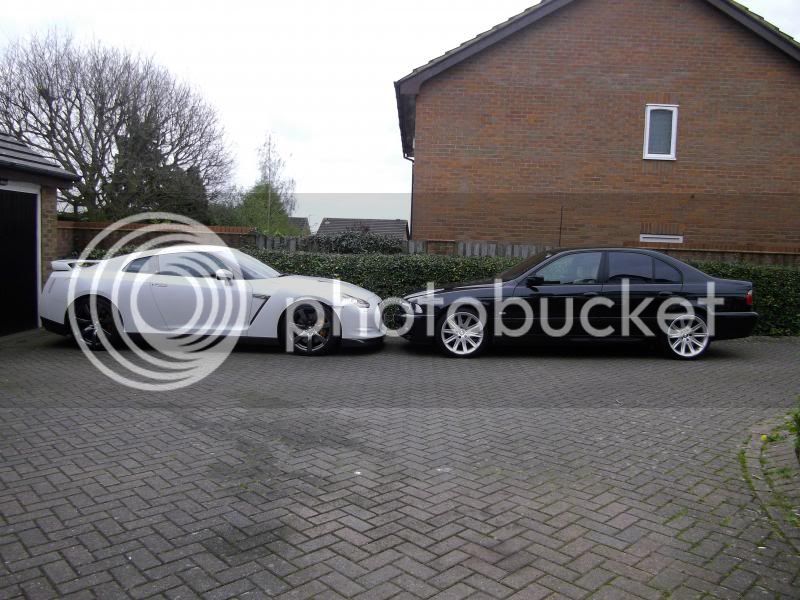 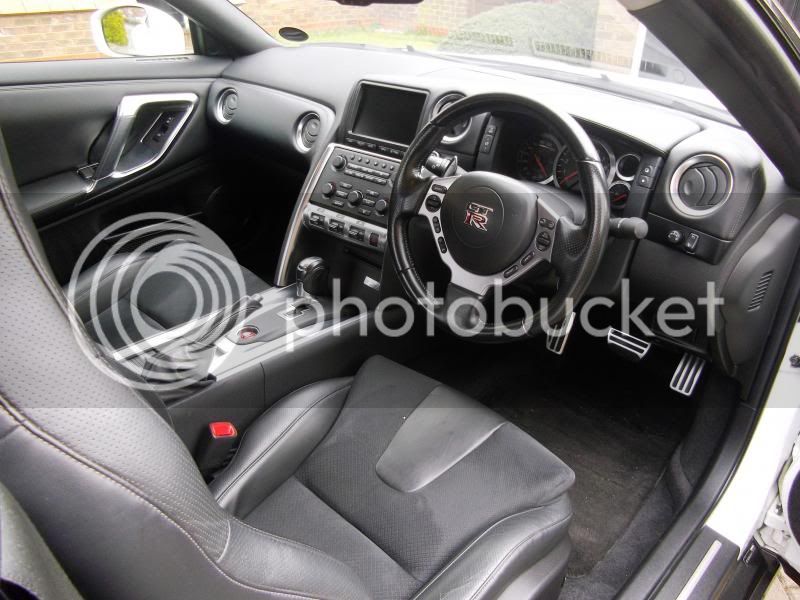 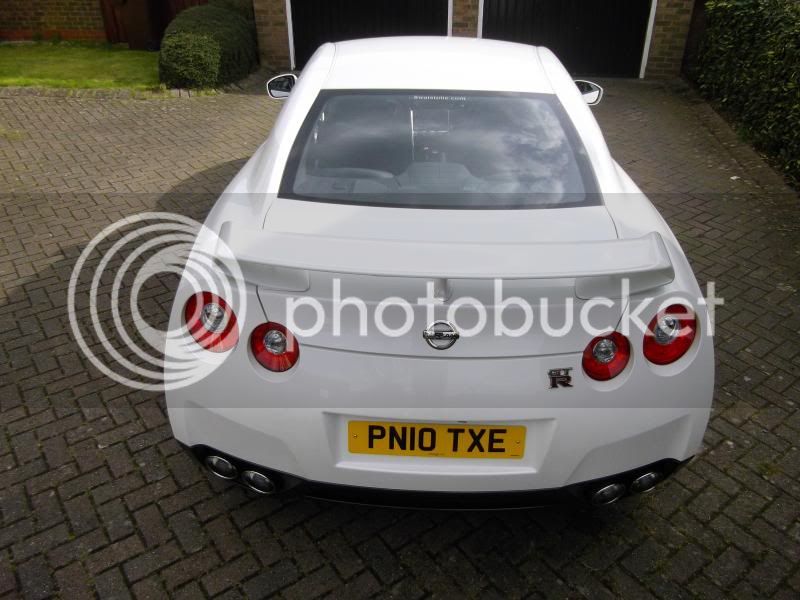 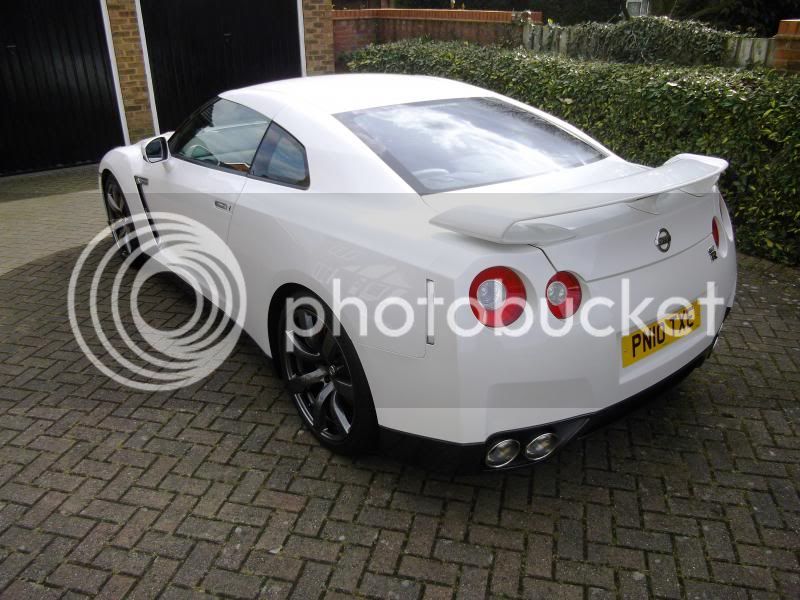 Looks great mate. I've had a go in one and they are probably best left standard because my god that's fast enough, unless you intend to track it. When the kids are up I might get myself a GTR toy

Loving it !!!!, had a drive in one a couple of years ago around the test track at work, it was astounding how quickly it gathered pace !!!
Call me Paul

Thanks for the review. This is a 'one day' car for me. Never say never though.

Why does everyone at the traffic lights want to race me?

Rhetorical no?
'My opinions expressed here do not represent those of the AVForums or its associated websites'.
https://www.avforums.com/pages/trading-rules/

True. TBH, I just let them go and brag to their mates

I went to Litchfield for my 48 month service today. The customer care (Thank you Neil) was brilliant. The quality of the service was excellent and the tour around the site was eye opening.

Some lovely cars there and the new service area was spacious and clean. Lots of exciting developments going on there and maybe might sneak a Stage 1 (570 bhp) on the next visit!

At all tempted by the Tesla p85D? Twin electric motors for 691bhp!!! But it's a eye watering 90k before options

If you don't mind me asking how do you justify the running costs of the GTR? I would dearly love to PX my 335i for the next step up but struggling at the moment to justify spending more per months on a car than my mortgage. Both me and my wife find it hard to part with say more than £20k on a car when we know we could use that amount to help clear the mortgage (on track though to been mortgage free in 3 years time )....Is it just a case of working harder and upping your disposable income?
Last edited: Oct 18, 2014

Myself and my wife are on decent salaries and we save hard. I'm about to sell my cherished BMW (see elsewhere on this forum) and with the cash, maybe by a cheap winter snotter to average out my daily mpg against the GTR.

Via multicar insurance policies, the GTR is only £360 a year and does 21 mpg. Thats only 3 less than my BMW.

I also only tend to do 9K miles per year but with the GTR, that's not safe!

Good advice, sorting out the house first has always been that plan anyways, but I'm just getting inpatient.....oh well will just have to 'make do' with the BMW till I'm a bit older, wiser . I will own something like a GTR one day though

Extra horses released in Stage 1 with phase 5 software upgrade at tuners Litchfield so around 580 - 585bhp but not been on rolling road to release a few more! A lot more torque too.

Insurance went up £16 for the year!

Genuinely feels night and day from standard, and I thought that was ridiculous! Waiting for some nice weather to play

AnilS said:
Why does everyone at the traffic lights want to race me?

I have a 300bhp Subaru (well for the next 5 days when I trade her in). Obviously not in the same league as yours but cost a tiny fraction to buy, £4K [emoji4]. I can't help putting my foot down at the right safe times. I've waved goodbye to Jag XFR, Cayman S and others. All of which are x10 more expensive.

If you came next to me I'd want to have a 'chat' with you [emoji16] I wouldn't stand a chance but I'd love to see the GTR stretch her legs.

My mate has a 20 yo Skyline with a rebuilt engine, ceramic turbo shattered I think he said. Boy does that thing move. Thing that blew me away was the acceleration when he put his foot down doing 80, phew! Obviously happened on a track day.
Last edited: Apr 3, 2016
S

This is a dream car of mine.

Would love a ride in one!
R

Good review. These cars are bargains when you consider what performance you are getting for your money. Closest I've owned would be 360bhp evo 10. With the usual exhaust/air filter mods. Another great value car when it would hold its own against cars worth 3 or 4 times it's value.
I'm in for a investment pay out in about 2 years time and I'm seriously considering a car as a treat. Gtr has always been on my list, along with a m5 and Audi r8. Audi slowly I know but I love the look of them.
And white by far is the best colour.
You must log in or register to reply here.

New car - Looking for some inspiration
2

Need some help with an issue with my local garage
2