Vincenzo Natali (Splice, Cube) will direct an film adaptation of William Gibson's science fiction novel 'Neuromancer', the story of a washed-up computer hacker hired by a mysterious employer to work on the ultimate hack. 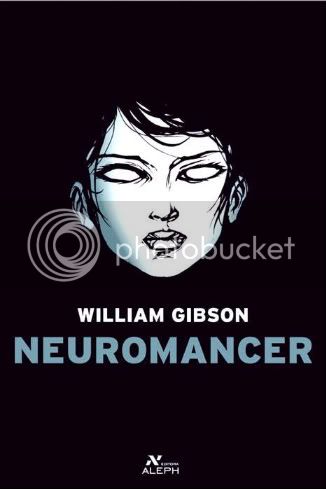 HOLLYWOOD, CA, Jun 10, 2010 (MARKETWIRE via COMTEX) -- Seven Arts Pictures plc (SAPX 2.02, +0.19, +10.38%) (the "Company") announced today that Vincenzo Natali has been tapped to direct the upcoming motion picture adaptation of William Gibson's seminal science fiction novel Neuromancer. Neuromancer is to be produced and financed in Canada by Prodigy Pictures in conjunction with Telefilm Canada. The film is expected to commence pre-production early next year in Toronto and has the full support of Telefilm Canada. The Company will continue to handle all sales of the picture.

Natali's credits include Splice, starring Adrien Brody and Sarah Polley, as well as the cult psychological thriller Cube. Splice was released in thousands of theaters nationwide by Warner Brothers last Friday following a sensational debut at the Sundance Film Festival.

Prodigy Pictures' Jay Firestone is set to produce. This production continues the Company's financing and production relationship with Mr. Firestone who has produced such films as Rat Race, Rules of Engagement, The Believer, and An American Rhapsody.

Neuromancer was an immediate hit, with over 7 million copies sold, and was the first novel to win the "triple crown" of science fiction awards -- the Nebula, the Hugo, and the Philip K. Dick Award for paperback original. The Mail & Guardian newspaper called this "the sci-fi writer's version of winning the Goncourt, Booker, and Pulitzer prizes in the same year." The novel legitimized cyberpunk as a mainstream branch of science fiction literature. It is among the most-honored works of science fiction in recent history and appeared on Time magazine's list of 100 best English-language novels written since 1923. The novel was also nominated for a British Science Fiction Award in 1984.

The author, Gibson, popularized such terms as ICE (Intrusion Countermeasures Electronics) and "cyberspace" through their use in Neuromancer. Eventually cyberspace gained enough recognition to become the de facto term for the World Wide Web.

Neuromancer is the story of a washed-up computer hacker hired by a mysterious employer to work on the ultimate hack. Seven Arts sees Neuromancer as part of a potential multi film series as many of Gibson's sci-fi masterpieces have yet to be adapted to the big screen.

CEO Peter Hoffman said, "We are very excited to be working with Prodigy Pictures and to have Vincenzo as the head of the Neuromancer team. After seeing his work, especially his cutting edge use of effects with Splice, we feel that he has both the story telling ability and the command of the visual medium to give this film the treatment it deserves. In Vincenzo's hands we think Neuromancer will realize William Gibson's extraordinary vision of the future while being a big draw at the box office."

Seven Arts Pictures plc was founded in 2002 as an independent motion picture production and distribution company engaged in the development, acquisition, financing, production, and licensing of theatrical motion pictures for exhibition in domestic (i.e., the United States and Canada) and foreign theatrical markets, and for subsequent worldwide release in other forms of media, including home video and pay and free television.

Although we believe that the expectations reflected in these forward-looking statements are reasonable, we can give no assurance that these expectations will prove to be correct, and our actual results may differ significantly from the results discussed in these forward-looking statements. Important factors that could cause actual results to differ materially from our expectations include those disclosed in our Form 20-F dated today and filed with the Securities and Exchange Commission.

Five films that completely surprised you.