A Western live-action remake of Cowboy Bebop was in development with Tomorrow Studios and Sunrise Pictures. Chris Yost, a longtime Marvel Comics scribe and graduate of the Marvel Writer's Program (he's credited with screenplay contributions on Thor: The Dark World and Thor: Ragnaork), is writing the series.

A feature-film starring Keanu Reeves nearly moved into production in the late-90s/early-2000s but stalled due to budget concerns.

The 26-episode anime series was released in 1998 and also went on to receive a 2001 anime film, Cowboy Bebop: The Movie. The series is largely credited with launching the careers of director Shinichirō Watanabe (Samurai Champloo, Kids on the Slope, Space Dandy) and composer Yoko Kanno (Ghost in the Shell: TAS, Escaflowne, Wolf's Rain
Click to expand...

In a press release, Adelstein stated,

"We are excited to work with Sunrise in bringing this beloved anime to the U.S. and global marketplace as a live-action series. The animated version has long resonated with audiences worldwide, and with the continued, ever growing, popularity of anime, we believe a live action version will have an incredible impact today."
Click to expand...

Explore the far reaches of the galaxy in this undeniably hip series that inspired a generation – and redefined anime as an indisputable art form. The Bebop crew is just trying to make a buck. This motely lot of intergalactic loners teams up to track down fugitives and turn them in for cold hard cash. Spike is a hero whose cool façade hides a dark and deadly past. The pilot Jet is a bruiser of a brute who can’t wait to collect the next bounty. Faye Valentine is a femme fatale prone to breaking hearts and separating fools from their money. Along for the ride are the brilliant, but weird, hacker Ed and a super-genius Welsh Corgi named Ein. On their own, any one of them is likely to get lost in the sprawl of space, but together, they’re they most entertaining gang of bounty hunters in the year 2071.
Click to expand... 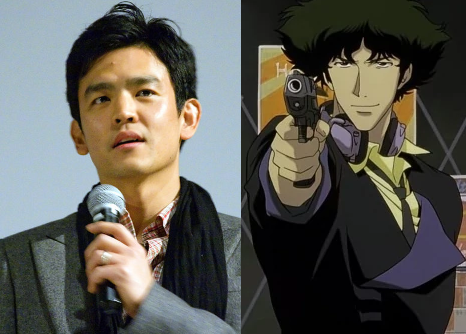 Hmmm, a Western live action remake of a classic Anime... what could possibly go wrong? Still, I'll be happy to give it a try and see if it's any good.

maybe someone can tell me the significance/connection of this promo?

edit i just saw him in the anime trailer above! Netflix has shut down production on their ‘COWBOY BEBOP’ series for 7-9 months following John Cho suffering a severe injury whilst rehearsing a stunt that will require surgery and a long rehab process.
M Are you looking forward to the show?

Netflix’s live-action series Cowboy Bebop series won’t premiere until 2021. The project is based on the Japanese animated program directed by Shinichirō Watanabe. Consisting of 26 episodes, the show chronicles the lives of a bounty hunter crew in the year 2071 as they travel in a spaceship called the Bebop. Although it dabbled in a variety of genres throughout its run, the influences of science fiction, western, and noir films are the most pronounced. Back in November 2018, Netflix announced plans for a live-action adaptation of Cowboy Bebop.
Click to expand... Netflix’s live-action series, based on the popular anime of the same name, has been struck by some huge setbacks… Netflix’s adaptation of Cowboy Bebop has been sitting on the back-burner for a long while. John Cho, Mustafa Shakir, Daniella Pineda and Alex Hassell lead the cast, which is...
cultbox.co.uk
M 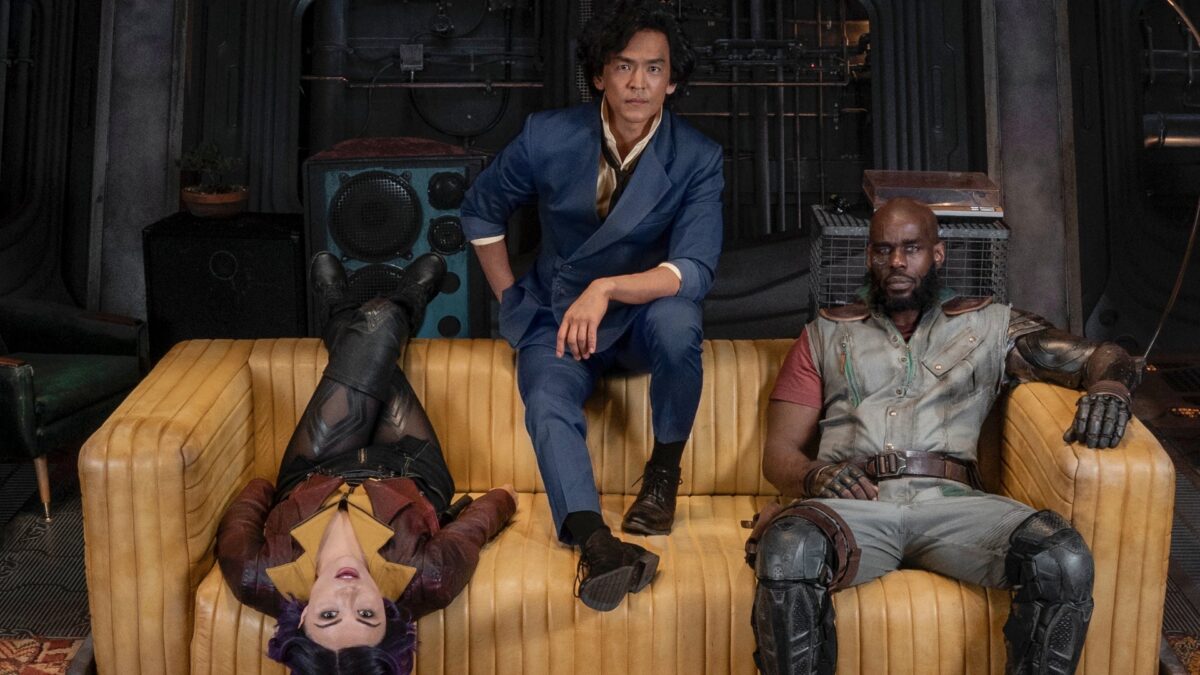 Netflix has unveiled the first images from its live-action adaptation of Cowboy Bebop and they also revealed when the show will debut. I only ever watched the the first ever episode of the Anime when it was briefly on Netflix, and I found it difficult to get into, I think all the love and adulation it has made it difficult to set expectations.

The live action though seems to capture the look pretty well and I look forward to giving it a whirl.
[email protected] Movies - A Podcast all about Movies, TV and banter | iTunes

Netflix has unveiled the first images from its live-action adaptation of Cowboy Bebop and they also revealed when the show will debut.

I am really excited to see the last episode and this:

I think live action wise they might be able to inject a little more emotion into the series which I always felt lacking. Pretty impressed at how they mimicked those titles.
[email protected] Movies - A Podcast all about Movies, TV and banter | iTunes

Looks kind of cheap, but looks like they managed to capture the aesthetic pretty well even got a few chuckles out of me.
[email protected] Movies - A Podcast all about Movies, TV and banter | iTunes

I really dont know why they bothered with this. It really does feel like another example of running out of original ideas and jumping onto a classic in the hope its a hit.

I might watch the first episode if only to see if it captures the essence of the anime but these trailers do not give me any hope at all.
Predator is the greatest movie of all time