Need some help with an issue with my local garage

So I check my car over fairly often, and last month I noticed the front drivers side CV boot had split. They were old anyway and knew this would need doing, but only when they split.

As a preemptive measure I asked by local garage who I've used for previous work to change them all on both driveshafts.

The garage have always been good in the past, and sorted things out quickly for me.

After they changed the boots, I noticed I was getting quite a lot of vibration/wobble when at 50mph and accelerating.

They took it back in, regreased the joints, thought that would do it. But it didn't solve the issue. So they advised it's likely the driveshafts, and billed me for new ones - labour and gearbox oil weren't charged due to them carrying out the CV boot replacement a couple of weeks prior.

That fixed the 50mph issue, but I'm still getting wobble at 20mph now, in a very small band, and also some vibration through the steering wheel at 70mph. Also I'm getting a metallic clunk/click when setting off in 1st or reverse from stationary. None of this was present before.

The driveshafts were fitted less than a month ago, and the garage have a warranty on repairs carried out (1-year / 10,000 miles)

I've spent £550 so far and my car feels worse than when I took it in with the split CV boot.

They have advised me that one of the rear wheels was slightly buckled and that may have contributed to the issues above, but I've changed all the wheels now and it's still the same (didn't get that done by them). They have also advised the rear trailing arm bushes are worn, but I feel that wouldn't have a lot to do with the above issues.

What's my best course of action here? Currently it's booked in for them to take another look on Tuesday. But I'm really annoyed that I've shelled out and had the car made worse, not better...

mjn said:
Get a 2nd opinion.
Click to expand...

Means shelling out even more money

I have a feeling they messed up the balance of my driveshafts and instead of fixing it, it was easier to bill me for new ones in hopes that would be it.

Would I be right to refuse to pay anything further - unless they are necessary parts which they can show me are worn?

Might be worth looking for a owners forum, sometimes they can be helpful.

Thug said:
Pads and discs?
Pads can stick and clunk when you pull away.
Now if your discs are worn l/warped too the that could give you vibrations.
Click to expand...

I've got new pads and discs to go on soon.

But the vibration isn't under breaking (that's smooth), it's under acceleration. And the clunk happens when driving too, when you either accelerate or decelerate you can hear it, sounds like movement from two metal parts hitting eachother.

Naturally it is really hard to diagnose anything remotely. But if there is one thing I've learned on cars with a few miles on it is that when you change one thing you'd often set off a chain of finding the next weakest spot, then change that and you find the next, and so on.

Recent experience with replacing the front suspension mounts on our mini - lots of bumps and thumps mostly under low speed cornering and acceleration.
Turned out the new parts were faulty with rubber disconnected from the metal mounts - all replaced FOC.
Depends what they needed to disconnect/loosen to get at that CV joints and drive shafts?
My Flickr Pictures
My Instagram Pictures
PSN AMc2010

So basically there is some movement between my current brake discs and the wheel studs, which seems to be causing this issue, even though they should be clamped into place by the wheels.

I have new discs to go on so I'll be doing that with my friend around the 17th of this month and we will see if it's the old disc that's causing it, or if there is wear on the wheel studs, at which point it would be a hub replacement.

Not really heard of this issue before, and it seems to be very uncommon, but they put some tape on 3 of the studs to centre the disc on the drivers side and there is no noise. It's not a fix, but just a diagnostic tool.

I'll be changing them soon, and the garage have said they will try another brand of driveshaft too once I've done the discs.

As it seems very unheard of that a disc can move to hit the studs.

Yeah me neither, I'm definitely going to try and get a second opinion.

I drew a line with some crayon I had in a bike puncture repair kit where the wheel meets the disc and got the car to clunk and no movement there. I highly doubt the wheel is moving on the hub, the nuts are torqued to spec and seem a perfect fit.

And yes, I know my discs need changing, I was just getting the last bit of life out of them. If the wheels are tight then that can't move, it needs more investigation.
D

Preferably by a competent mechanic who won't invent fictional explanations!

Booked in to another garage tomorrow for a second opinion, from showing the guy the sound he thinks it's either the shafts or hubs but they will have a look tomorrow.

Fingers crossed I can get some answers and go back to the place that fitted the driveshafts with it.

Second opinion and it seems much more sound (the guy who runs the garage showed me the movement etc...) - there's a bit of movement between the caliper and the carrier - this happens from time to time where they fit new calipers and clean a tiny bit too much material off, common to do as it's easier to fit.

This leaves some room for the brake pad to move a little in the carrier when first setting off or moving slowly from forward to reverse etc...

I was going to say poorly fitted brakes in my last post but I've took abuse before after saying people don't know how to do brakes, but go with the 2nd opinion if you think clonking brakes is ok.

gibbo52 said:
I was going to say poorly fitted brakes in my last post but I've took abuse before after saying people don't know how to do brakes, but go with the 2nd opinion if you think clonking brakes is ok.
Click to expand...

It's an old car, I'll see how much play is there when I do the discs and pads on the 17th with my friend. He's great with cars, and it's routine maintenance, otherwise it means getting new carriers from a scrapyard or eBay breaker.

They only make the noise when pulling away or changing from reverse to forwards etc...

Still find this weird. I’ve not heard of someone taking material off the carrier when cleaning them.

Did I read it correctly that you have had the callipers changed? Without seeing what is going on I would guess that someone has put on some wrong parts or bad fitting non oem parts.

It’s why I like doing jobs like these myself. I’d make certain I used the right and good quality parts.

Bl4ckGryph0n said:
Still find this weird. I’ve not heard of someone taking material off the carrier when cleaning them.

Did I read it correctly that you have had the callipers changed? Without seeing what is going on I would guess that someone has put on some wrong parts or bad fitting non oem parts.

New calipers were put on a while back (6 months or so ago), didn't have the noise but with the amount they've messed with it recently, apparently you can make the pads sit a bit loose in the carrier side by being too rough when cleaning them up. Looks like some places often use wire wheels to clean them up. 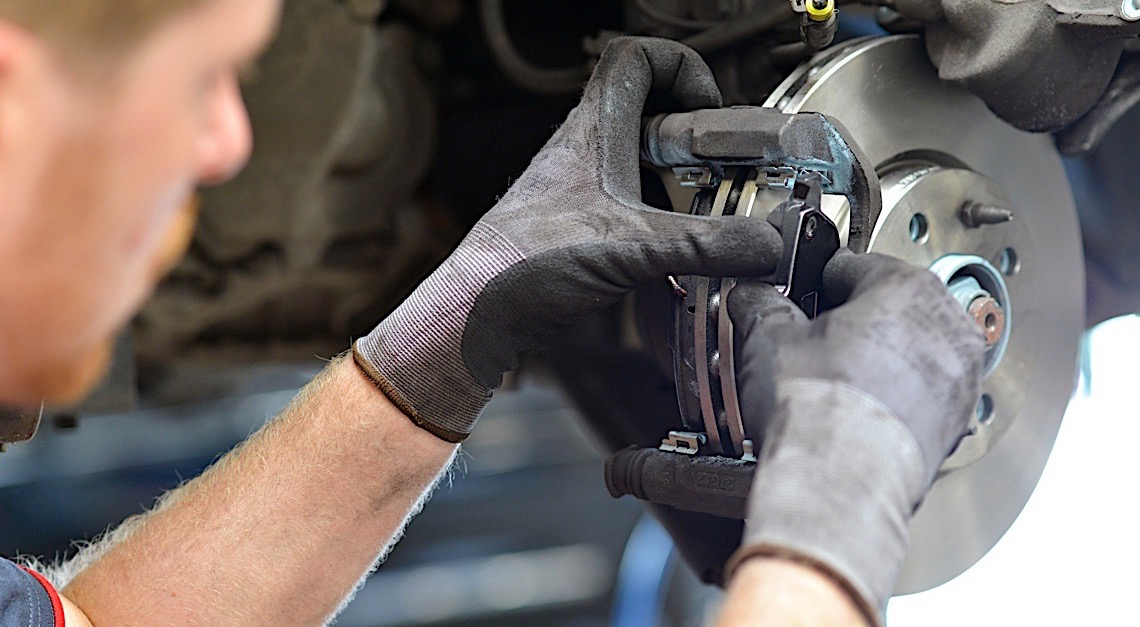 For some technicians, it is a standard operating procedure to remove the caliper bracket and head to the shop’s bench grinder to clean up the surfaces with a wire wheel. Some technician will grind the ears of the brake pads so they will fit into the lands on the bracket. For most late-model...