NASA Has Completed Work on the James Webb Space Telescope 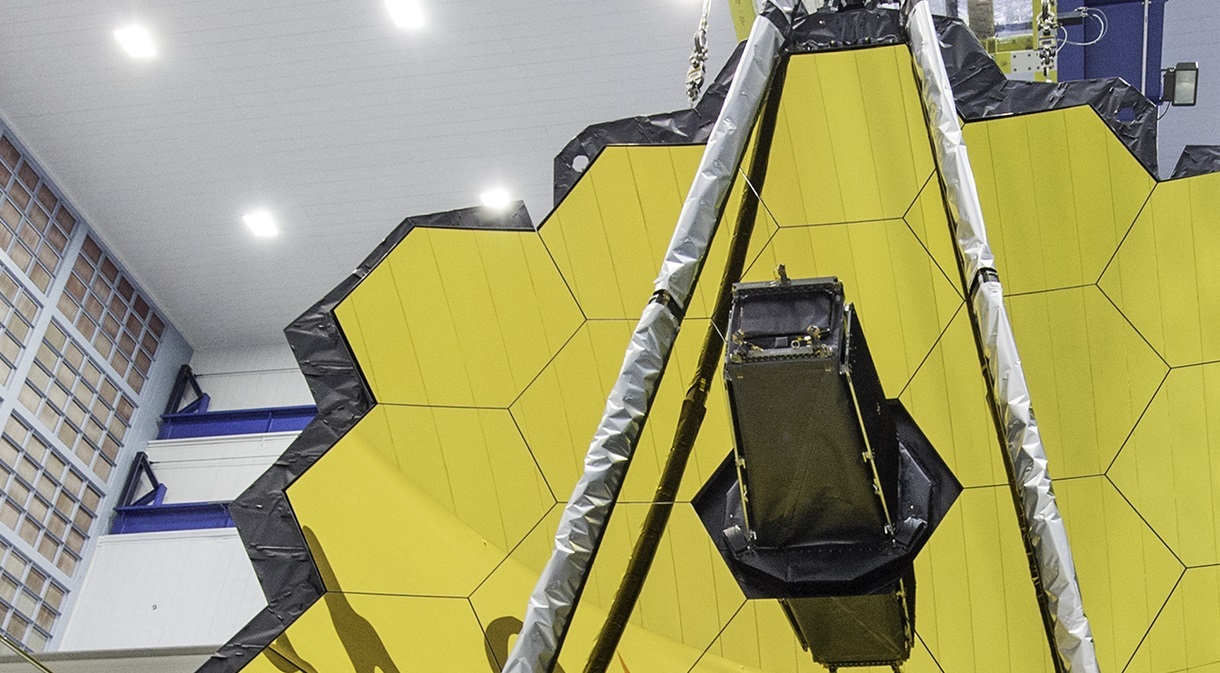 It has been a long, long road, but NASA has now officially completed work on the James Webb Space Telescope. This follow-up to Hubble has been in some phase of development since the late 1990s, and the cost has ballooned to $10 billion, but we’re mere months away from the culmination. NASA is packing the telescope up, and its next stop is French Guiana, where it will leave Earth behind forever.

The Hubble Telescope has had an incredible run, but even with constant monitoring and hardware redundancy, the instrument doesn’t have much time left. The last Hubble servicing mission took place in 2009, and problems are becoming more frequent, like just a few months ago when the observatory went offline due to a power supply failure. When deployed, the Webb Telescope will be able to pick up where Hubble left off, peering at more distant, dimmer objects thanks to its 6.5-meter Korsch-style segmented mirror. The mirror is so large that it has to fold up to fit inside the ESA’s Ariane 5 rocket that will hoist it into space.

NASA says it has completed all the engineering checks on Webb’s systems, and the hardware is fully assembled. The next order of business is to get it ready for its ocean journey to the launch site. After arriving, teams will swarm over the instrument to ensure it survived the trip. They will also remove numerous bright red flags marked “remove before flight.” These act as protective covers for sensitive components during the assembly and testing phase. Ground teams will also fuel Webb with the hydrazine and nitrogen tetroxide oxidizer it will use to maintain its position during operation.

The complexity of the project has pushed the total cost 20 times higher than the $500 million NASA proposed back in 1997. The cost crept up year after year, tapering off only slightly in the last few budget cycles as work wrapped up. The launch date has also been pushed back numerous times, including three different dates in 2021. Currently, Webb is scheduled to launch in late 2021, but there’s no firm date. The previous Halloween timeline was the last official date, so we’re now looking at November or December.

After reaching orbit, Webb will deploy its solar arrays and wait for commands from the ground. NASA will spend several weeks bringing systems online and running tests, and then Webb will get underway to the Sun-Earth Lagrange point, also known as L2. At this location, almost a million miles from Earth, the telescope will extend its sunshield and spend a few months cooling off. If all goes as planned, the chilled Webb telescope will be able to peer deeply into the infrared, spying more detail than Hubble ever could.
You must log in or register to reply here.

NASA Kepler Telescope to retire, running out of fuel .