Here's my one shot at the moment, a view of my desktop in day job mode. I'll post more as I get stuff pinned down & cleaned up: 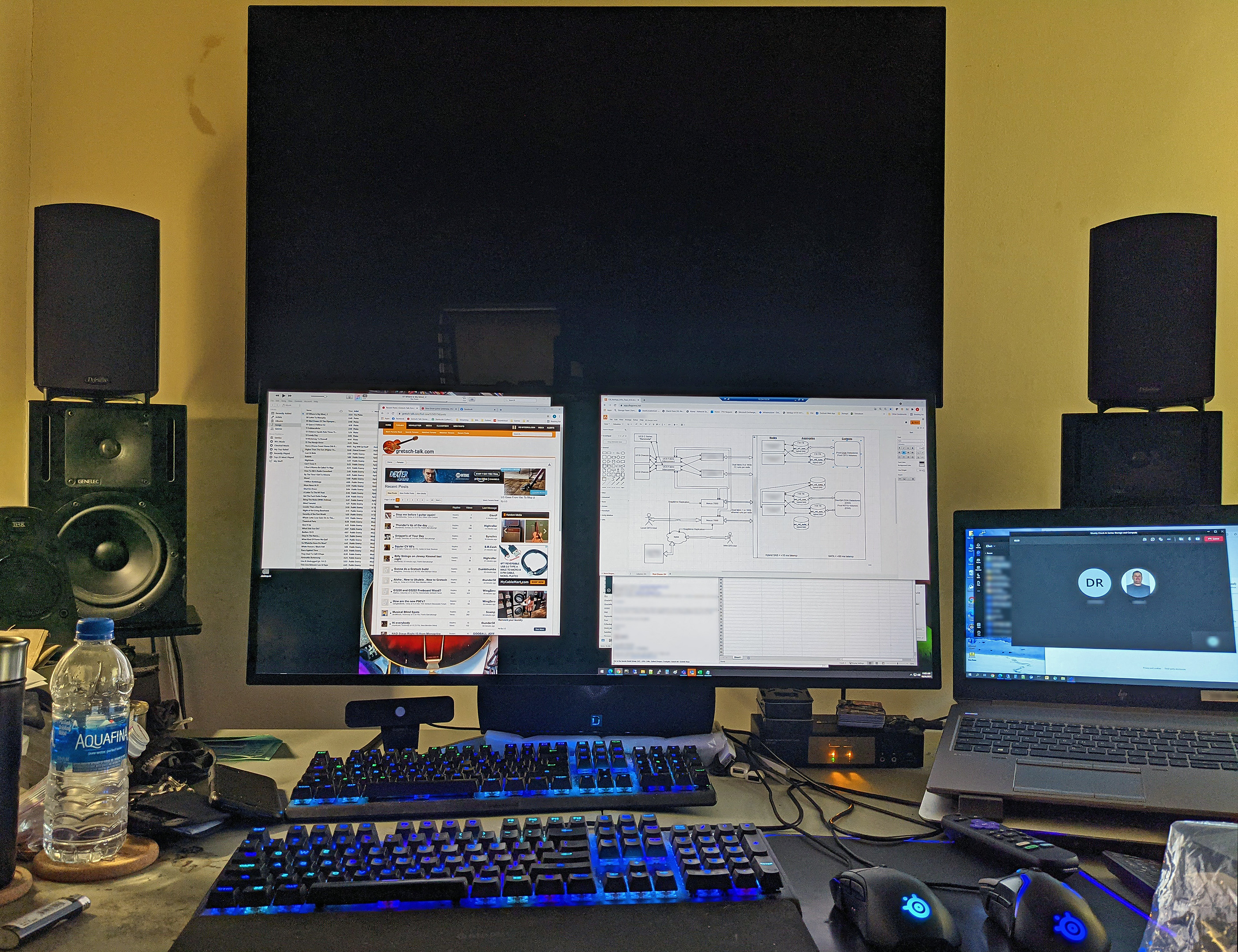 Near field monitors:
Genelec 1030As I've been using since the mid 90s, showing some wear but still carrying on

Near future additions:
Should be adding another source over the weekend, a small Ryzen 5 5600G based box I'm putting together in a Fractal Design Node 202 STB style case to serve as a Plex server for the house, mini-NAS, & will likely take over weekday personal computing needs from the gaming box. Also should have some rack shelves here tomorrow that will let me reorganize my AV stack along w/ the new STB Ryzen box into a rack table housing/desk w/ some of the outboard recording gear.

Spent the last few weeks getting stuff organized & set up in a 3 section rack table w/ a new sit/stand convertible desk in this room. Also added a couple more machines to the mix & hooked up the 1030s to the front pre outs of the A4A.

Grabbed some pics & figured I'd share the progress to date: 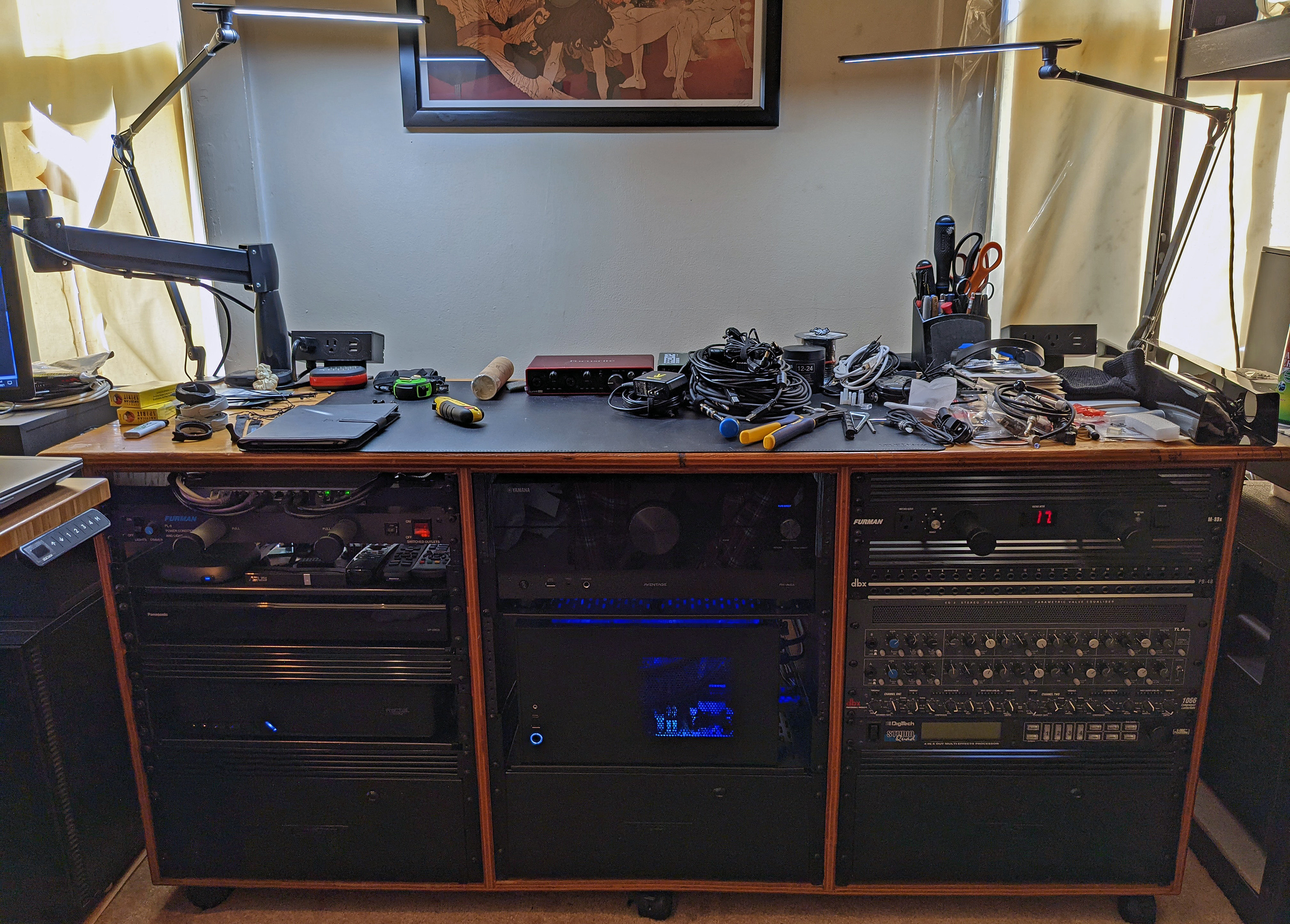 Whoever put this table together wasn't quite paying attention & left an extra screw holes worth of rail in each section & mounted them in the opposite orientation to the other sections on the left hand section but I can't complain too much since it was free I suppose Still kind of triggering to whatever OCD impulse I may have.

Closeups of each section left to right: 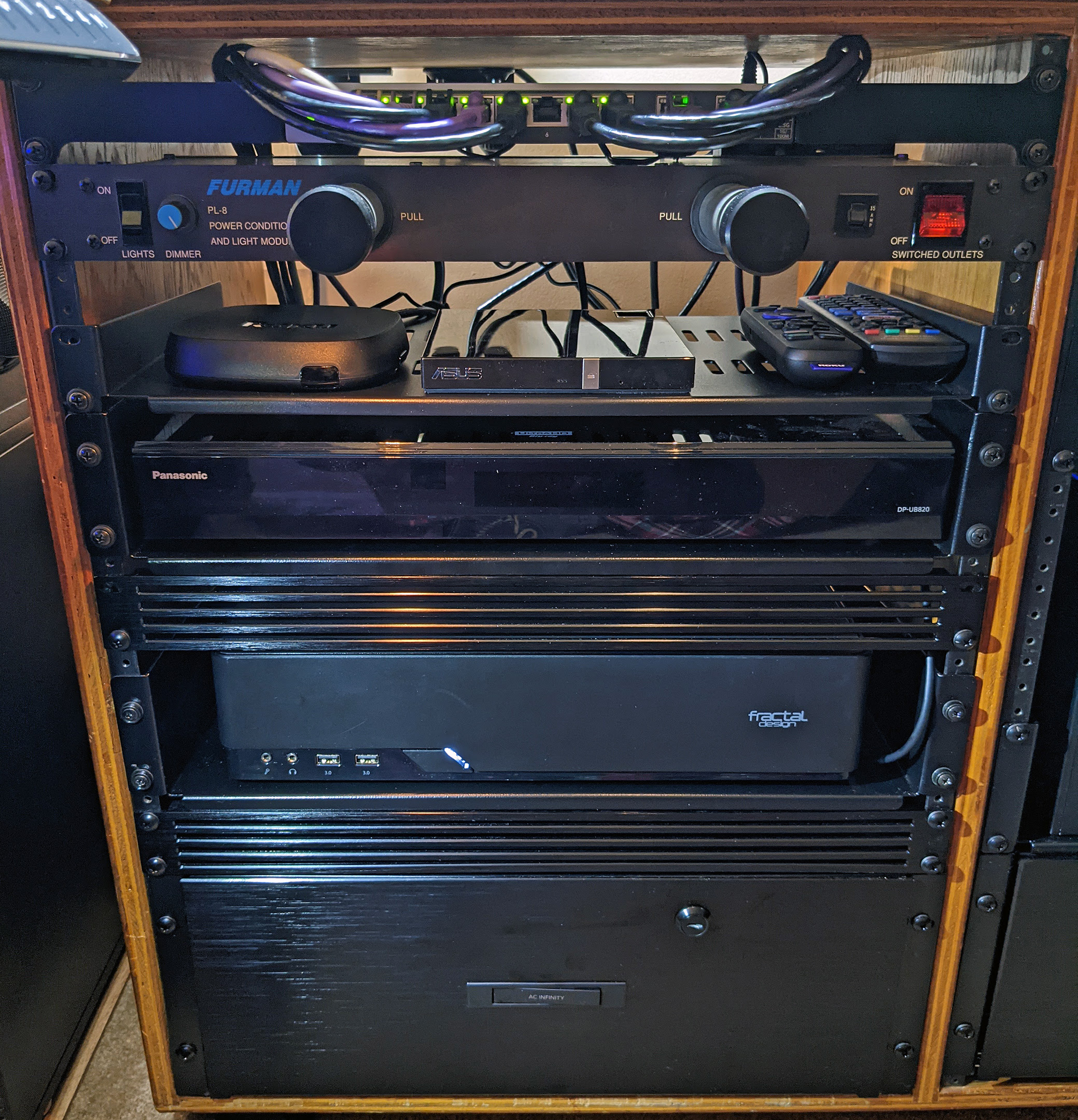 Top to bottom it houses the new ethernet switch; a power conditioner; a shelf for the Roku Ultra, BR-RW, & remotes; the Ultra BluRay player; the new Plex server/NAS; & a 4U drawer 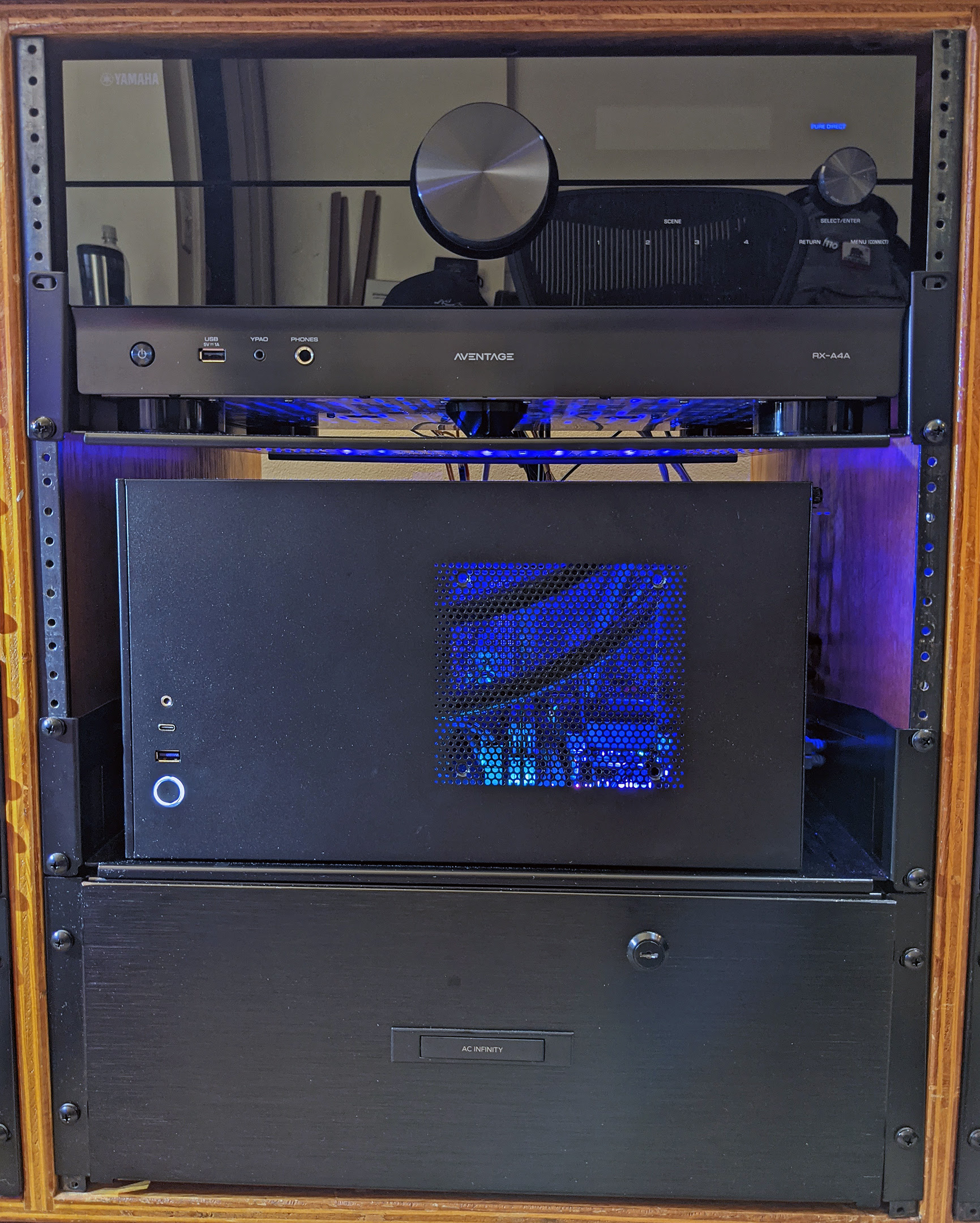 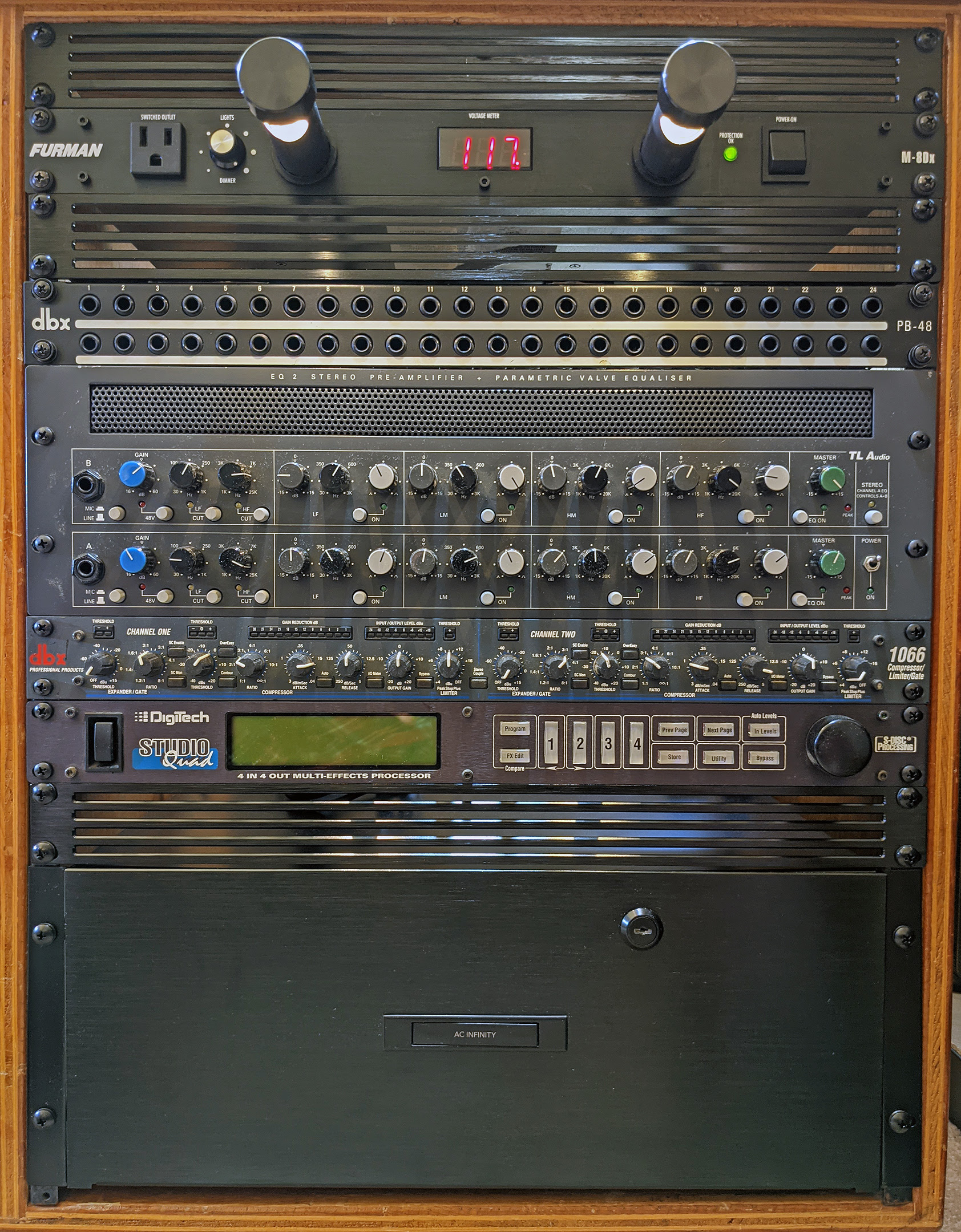 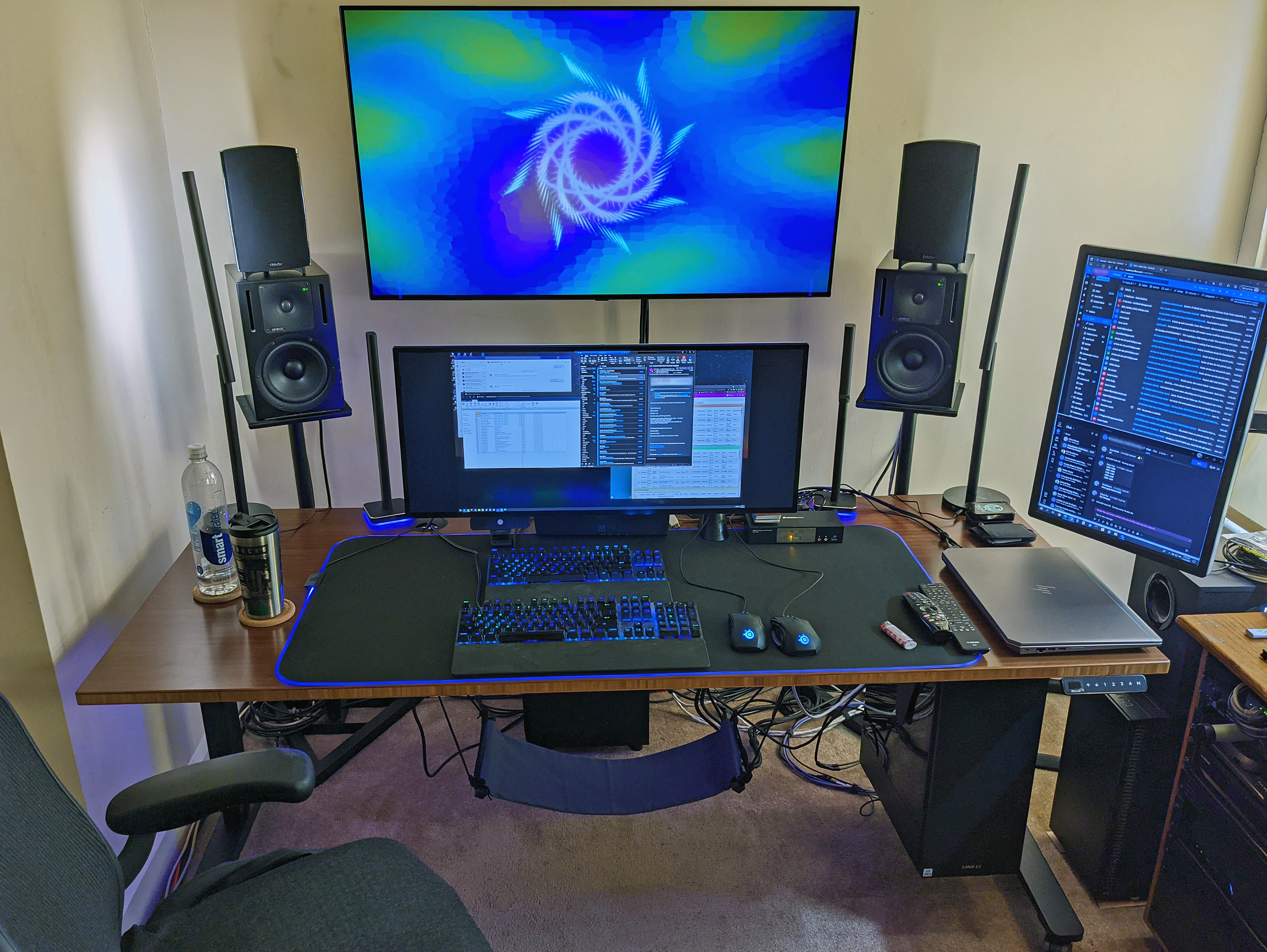 Still need some longer cables to get the snakes as organized as I'd like, to solve for switching input to the 1030s from the A4A to the Focusrite w/o needing to swap cables, to wire all the recording stuff & the workstation box, get some new drapes, & get the rest of the room decluttered, organized, & reconfigured.

In the long term I'll want to get a smooth height adjustable wall mount for the 48 CX so it's usable in standing mode as well, been thinking this one from Ergotron would fit the bill but any suggestions are welcome: