What a great theme for this month, I'm really glad I stopped by to have a look it was just the distraction I needed. I had a great time, literally wandering along memory lane for this one.

One of the most important venues for live music in Glasgow, the Barrowland Ballroom, was celebrated as part of the commonwealth games in 2014 when the Council commissioned artist Jim Lambie who created "Album Pathway". It's a path around 100m long that has the names and dates of more than 2000 musicians and bands that performed at the Barrowland's between 1983 and 2013 set in granite and coloured concrete, as spines from vinyl sleeves in stacks. It's five years old now, a bit grubby and partially obscured by leaves so the once brilliant colours are a little subdued. Much like my memories of the gig I've tried to highlight in the photo that I'm submitting to the comp, below. This gig immediately took the title of loudest gig I'd ever been to, it was violently loud and absolutely brilliant and is the reason I picked this from the many gigs on the path I was at.

Said Mr Lambie "The pathway resembles the side view of a vinyl record collection, placed on a shelf at home and is similar to the rows of vinyl records I would scour on my visits to the Barra's market. It is an image familiar to most people, and an image which connects both conceptually and emotionally with the Barrowland Ballroom, the Barra's market and most importantly the local community and the people of Glasgow."

Oddly enough, I bought a copy of "Thinking Like a Mountain" by Merz which came in a gorgeous cast concrete case. I had always thought it was also made by Jim and quite liked the linkage, but I've just looked it up and the case was actually made by a chap called Russ Coleman instead. Anyway, here's the pic. 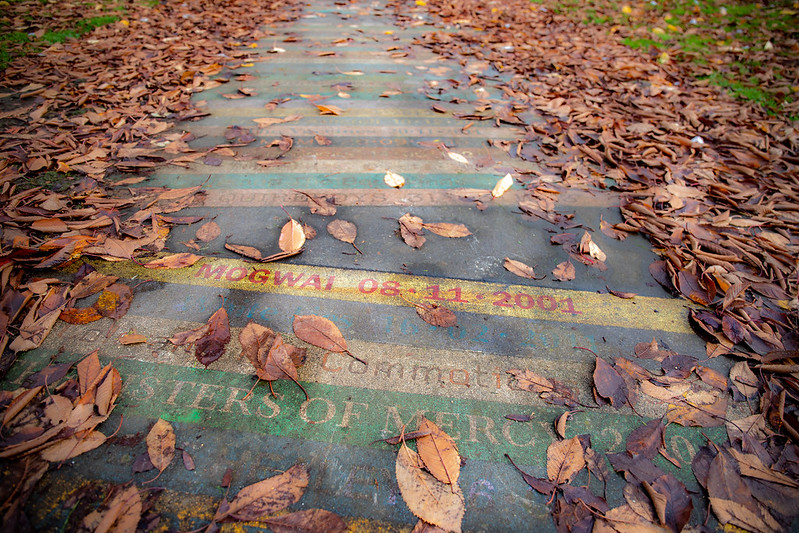 Thanks. I spent a while and tried out a few compositions and some with more DoF, but it made it made it much harder to highlight a specific gig so I liked this version much more.
My Flickr
You must log in or register to reply here.

Thinking of getting a headset or headphones? Check Here first