“Missions” will broadcast 10 episodes, each only 26 minutes long in contrast to the one-hour format that is common among science-fiction shows today. Series creators Henri Debeurme, Julien Lacombe, and Ami Cohen, have constructed a low-fi series that fits right into the modern zeitgeist of programs such as “Black Mirror” or “Orphan Black” with believable technologies and a representation of humanity’s problems that will feel familiar and relatable to viewers.

“Missions” doesn’t have little green men or laser weapons and nobody gets beamed anywhere. What the show does have is an international cast, technologies that are being used or theorized about today, and relationship dynamics that all work to strive for a realism that many modern science-fiction fans expect. With the possibility of more fantastic elements being implemented as the show moves forward the shows hopes to emulate the addictive natures of shows like “Lost,” or more recently “Stranger Things.”

The series focuses on the crew of a European collaboration spaceship which, with the funding of an eccentric Swedish billionaire, has designs on being the first manned craft to land on Mars. Much to the dismay of all on board however, just before the culmination of their 10-month journey to the Red Planet they are made aware of a video sent by a NASA ship that has overtaken them and already landed on the planet thanks to a revolutionary engine technology that cut the travel time to a fraction of what it was for the Europeans. The bad news doesn’t end there however, as the tape contains a cryptic warning from the Americans pleading with the crew not to land as something far too dangerous is happening on the surface. The crew then learns that the tape was sent days before and there has been no contact with the Americans since

Co-creator Julien Lacombe, who also acts as the show’s director, answered questions for Variety about the show, it’s influences, and where it might be taking viewers in the future .....

episodes 1 & 2, pretty enjoyable Mars mission where the crews were faced with many challenges & will they ever return to earth in full piece
Last edited: Jun 5, 2017
M

AMC Networks’ Shudder streaming service has acquired Seasons 1 and 2 of France’s critically praised sci-fi series Missions from AB International Distribution. Under the deal, Shudder has exclusive first window rights for the U.S., Canada and UK/Ireland for Season 1 of the OCS Signature series. The streaming service will launch Season 1 on September 28 across its territories, and will also co-produce the 10-episode Season 2, slated to air in 2018
Click to expand... 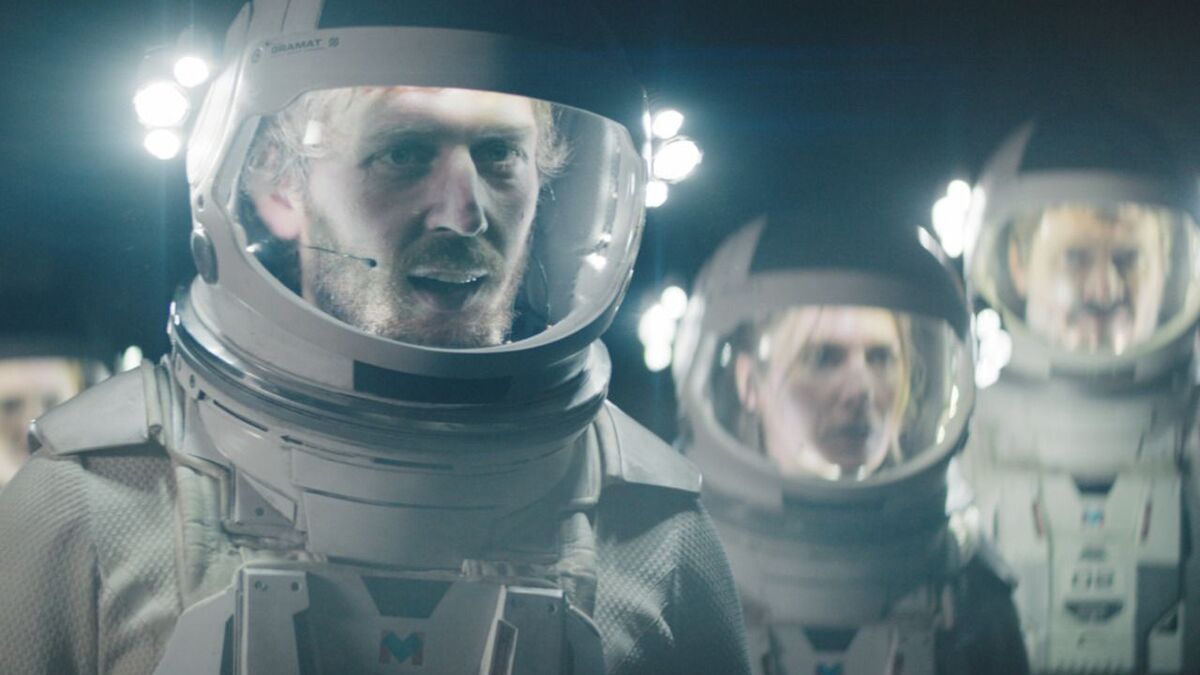 season 3 is already ordered by OCS and in preparation for filming in the spring.
Click to expand...

This new season takes place five years after the return to Earth of the astronauts who left on a mission in season 1. Let us recall that after ten months of travel, the crew found on Mars a Russian cosmonaut who disappeared in 1967, Vladimir Komarov, who did not hadn't aged a bit. They then discovered a gigantic temple containing the remains of a human civilization much older than ours.

Haunted by this mission of which they have kept the secret, the different characters decide to return to the red planet after having had visions of Jeanne, one of their comrades whom they had left for dead on Mars

What is going on in ukriane?