Hi all. First post - thanks for having me! I am trying to decide the best approach for upgrade of my home WIFI to a Mesh network.

I live in a large(ish) terraced house, over three floors with a garden that ranges maybe 30M behind the house. I currently run a Linksys DIR-890L (running DD-WRT firmware since the vendor patches ceased) and a couple of wireless range extenders. The router is presently quite unstable and we get dropouts quite often. Service at the top floor is flaky and, without the range extenders, three of the four bedrooms and garden get patchy connection.

The million dollar question is: Is it better to upgrade to (for example)

My current thinking is more and smaller so that I can get them high into the house and deep into the rear bedrooms and garden. Am I thinking right?

A little more detail: My present router hosts a combination of Ethernet-connected devices , via switches ( XBox, PC, NAS and Cable, printer, Audio Mixer). Other devices are Wi-Fi, 2G for distant devices and Smarthome, 5Gb where the range permits. Chromecast and Teams are used on the top floor. Smarthome (Google Ecosystem) is breaking out everywhere with speakers in all rooms and lighting controls. This is expected to grow.

Thanks in advance (and sorry if this has come up before, I searched but it is difficult to articulate this in a search !)

Its a how long is piece of string question. Without a house plan and a wifi survey it is very hard to advise. Long range is relative, what is he antenna gain on both of the devices listed. Also when you say 'mesh' are you talking about using a wired or wireless backhaul between the Access Points and Router / Network. Lots of variables here. Its a bit like asking which is better an estate car or SUV? With no other information its hard to say. Both are cars.
Last edited: Apr 21, 2021

You could have a look at the Netgear or TP-Link mesh systems.

If you aren't concerned about lightning fast speeds, but just want a solid fast connection then more units are better. But as mushii said, it's not something we can say which will be best as it depends on your location.

Mesh systems with a dedicated wireless backhaul usually perform better, but these can be more expensive. Mesh systems are now quite widely available and as such you can pay very little or up to £1000 on a system.

I reviewed a TP-LINK system recently which performed well. 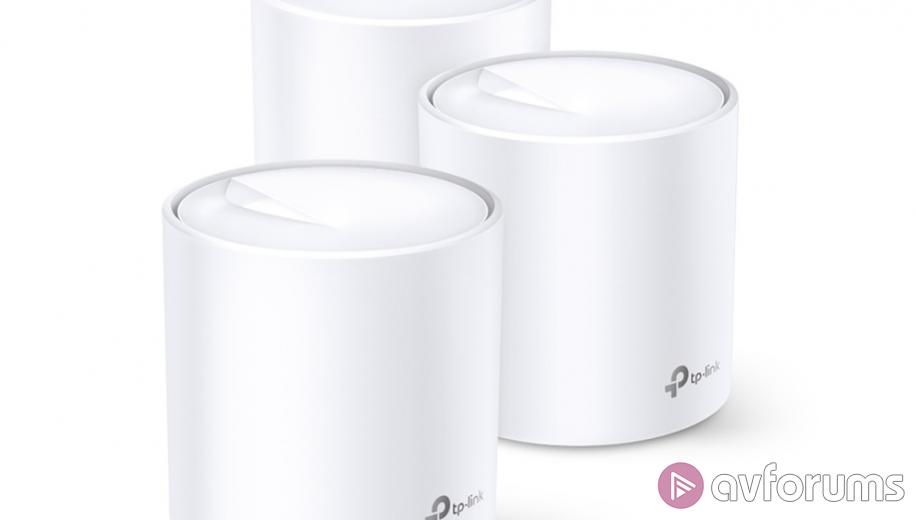 www.avforums.com
My opinions expressed here are not necessarily those of the AV Forums or the associated websites.

a 3dB increase on the antenna gain (most LR are 3dB more gain) is the equivalent of doubling the power output, which may sound great, but depending on the density of the APs in their environment this may effectively be 'too much' strength of the wifi signal relative to one another. The access points may effectively 'talk over' one another. I agree with @Greg Hook's comments, but without having that bit more data its hard to know if lower or higher density of APs is optimum for you.
O

First thing, draw a map of the house and walk round using WiFi analyser app on your phone and check channels and signal strength. You may be able to get things working without buying more stuff just with better configuration.

And get a list of devices, how much bandwidth they need, what can be ethernet or has to stay on Wi-Fi and what frequencies they support. For example a smart light fitting may only support 2.4GHz but doesn't need much bandwidth. A smart TV or streaming device isn't going to need more that say 50mb and can be wired. But a gaming PC or console is going to be benefit from faster connection for downloading patches and updates.

There is a one quick question, do the current extenders have option of Ethernet for backhaul ?

Thanks guys. Appreciate I didn't give you enough to go on but I think Greg has probably answered my basic question.

Don't have any specific devices in mind just yet ... wandering through the market and wondering what is most relevant to me. Backhaul is going to have to be Wireless I think .... unless it comes to tears .


oneman said:
... You may be able to get things working without buying more stuff just with better configuration ...
Click to expand...

The current router is just too unstable. Keeps dropping out with devices in the same room losing connection on both bands and without a particular pattern. The wired stuff can get hammered too so I think it's game over.


oneman said:
And get a list of devices, how much bandwidth they need, what can be ethernet or has to stay on Wi-Fi and what frequencies they support. For example a smart light fitting may only support 2.4GHz but doesn't need much bandwidth. A smart TV or streaming device isn't going to need more that say 50mb and can be wired. But a gaming PC or console is going to be benefit from faster connection for downloading patches and updates.
Click to expand...

I think most of the big beasts are on Ethernet and are coping (when the router does). Gaming stuff certainly is.

There are a couple of Smart TVs in no-cable locations which I will need to do on Wifi but, now, they work when they work so I think stability may nail it. Plus the main Samsung Smart TV which is only Smart on WiFi and wont be remotely controlled over Ethernet :-/

oneman said:
There is a one quick question, do the current extenders have option of Ethernet for backhaul ?
Click to expand...

Nope, cheapies and long in the tooth.

All this gives me a sense of what is important and for that I am grateful.

Only problem with 'good' wireless backhaul is you end up paying 2x - 3x the price for the access points with a dedicated radio backhaul compared to their wired siblings. I'd say start with a new router, you may very well be surprised on how some of the new offerings behave compared to older models and it may solve many of your problems in one go.
O

If you can't put in Ethernet there may be some improvement using homeplug but I really recommend Ethernet cables if at all possible.

Then replacing the extenders with something that supports ethernet backhaul. That will allow you move the extenders closer to the devices without having to worry about maintaining WIFI range to the router.

But before you do anything you do need to do that walk around the house and get your wifi signal strength and channel clashes mapped as you will need that to decide where to put new equipment and how to configure it.
O

mushii said:
Only problem with 'good' wireless backhaul is you end up paying 2x - 3x the price for the access points with a dedicated radio backhaul compared to their wired siblings. I'd say start with a new router, you may very well be surprised on how some of the new offerings behave compared to older models and it may solve many of your problems in one go.
Click to expand...

I know that a new router can make a big difference but that isn't a cheap ISP supplied router and you would hope that its got decent performance. However saying that I am able to cover sized 4 bed semi plus garden from a single router however all the high usage fixed position devices are cabled and that frees up WiFi for mobile or low usage devices.

Yup but its a 7 year old router running non-standard firmware.. Its probably time for an update.
O

mushii said:
Yup but its a 7 year old router running non-standard firmware.. Its probably time for an update.
Click to expand...

Firmware I am less worried about but checked and yes the design is 7 years old and last firmware is almost 4 years ago and that was just security fixes.

So a modern WiFi 6 router may make a lot of difference.
M

There are many reasons a Wi-Fi link might "drop out" - don't "just assume" that all fault lies in your router and therefore it should be replaced with a "better" (whatever that means) one that magically cure all ills.. It is just as likely to be an issue with one of your extenders, a client device or interference from a neighbour, passer by or some non-Wi-Fi source that uses the same radio frequencies (baby monitors, videos sender, microwave oven, car alarm, RADAR, for example.) To know whether it's worth replacing a router, first one must establish that it is actually culpable.

Remember high school physics - energy can neither be created nor destroyed. A "high gain" antenna is highER gain in some direction (or set of directions) at the expense of less gain in other directions - they are not magically conjuring up more energy out of thin air. Also, a higher gain antenna is more sensitive in one set of directions which can be a double edged sword in that yes it improves reception in those directions, but now you can also "hear" other things in the same direction (such as your neghbours and they also hear you better) that you couldn't hear with a lower gain antenna. And of course, more directional antenna need more attention to being "aimed" at the required coverage areas.

"More power" is rarely the best solutions for Wi-Fi coverage issues, 95% of the time more AP's is.

"Mesh" is an almost meaningless term - if they are using radio for backhaul, then they are fundamentally no different to the "extenders" (Repeaters) you already have and they will suffer all the same issues with signal propagation, even if they have a separate channel for backhaul - though that addresses some throughput issues. "Mesh" systems don't have some kind of magic radio voodoo.

As ever, the best Wi-Fi experienced is availed by deploying multiple hotspots (AP's - whatever silly name they are given this week) creating a "cellular" coverage pattern using cabled backhaul links and a radio channel tuning plan that reduces the interference of adjacent cells as much as possible. Alternate backhaul methods such as HomePlugs and Wi-Fi certainly work, but they are less good.

In each Wi-Fi cell "only only one thing at a time can transmit" - the more "things" there are, the more data they want to shift, the more competition (it's anything but "fair") there is for some "air time." If you deploy more smaller Wi-Fi cells, distribute your clients between them and tune the channel plan judiciously, you can reduce the air time contention ratio.

"Repeaters" (and some "mesh" scenarios) are even worse, because there whole lot is effectively one big cell! This may or may not be a big deal depending on whether "speed" is important.

There's a lot of nuances and caveats to many of these arguments, but this is already a long post. Wi-Fi is complicated! There is not a "magic" box that "just fixes everything" and suits all use cases.
Last edited: Apr 21, 2021
You must log in or register to reply here.

C
Mesh, powerlines or back to Sky?

A
Question Suggestions for router setup