This is from my original post on AVS, I took out all the posts in between, but if you want to see the entire thread it is http://www.avsforum.com/avs-vb/showthread.php?t=754506

Hi Everyone,
Just thought that I would post up what I have been doing to the Rear heatsink on my Marquee 9500LC.

I milled off the original horizontal fins,
Bolted on some 150mm tall heatsinks that have vertical fins.
Used heatsink conductive paste between the heatsinks.


I will be testing tonight to see what the temp difference is.


Let me know what you think 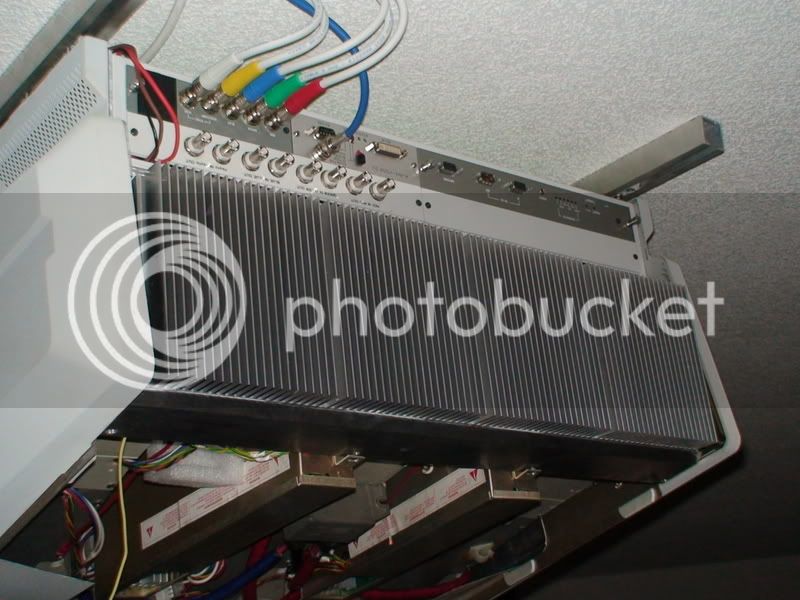 I expect that the overall temp of the heatsink to be cooler, that test later.
but I have the vertical transistor clip test which is next.

High Dollar Audio Amps, Hmmmmm, well it is a High Dollar CRT if you count the parts that I have put into it with my modifications.

I do think that the rear heatsink will run cooler as the bottom cover directs air from the FCM and HDM, plus the tube enclosures out of the bottom cover.
So this air should also help reduce temps a little more. 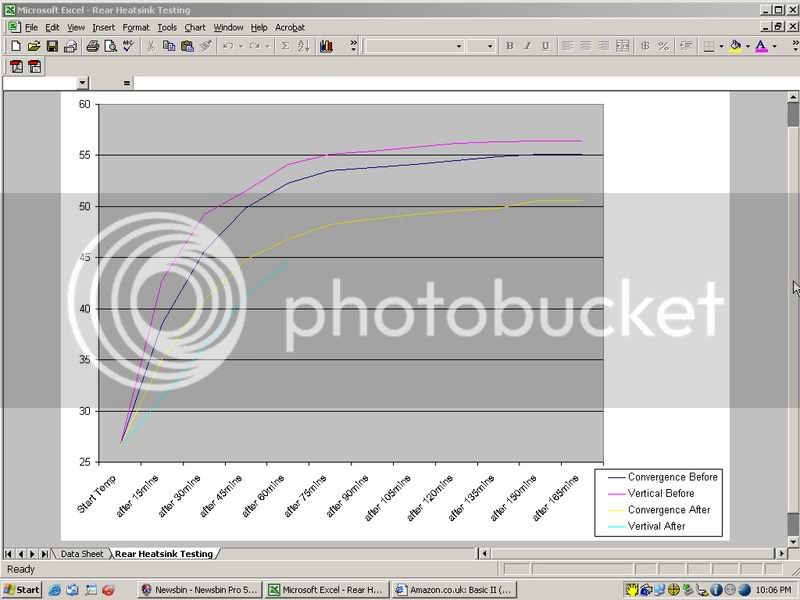 Tonight the bottom cover will go on, plus the last test point on the heatsink for the last addition to the graph. 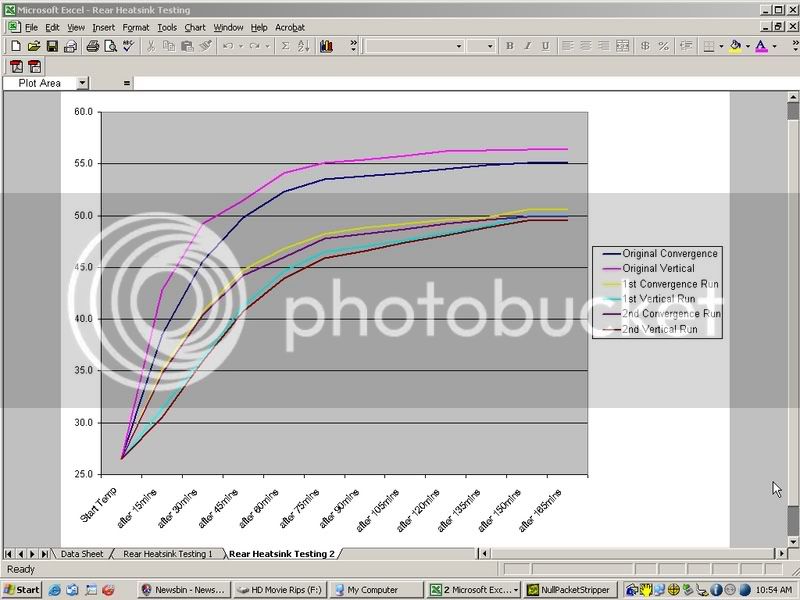 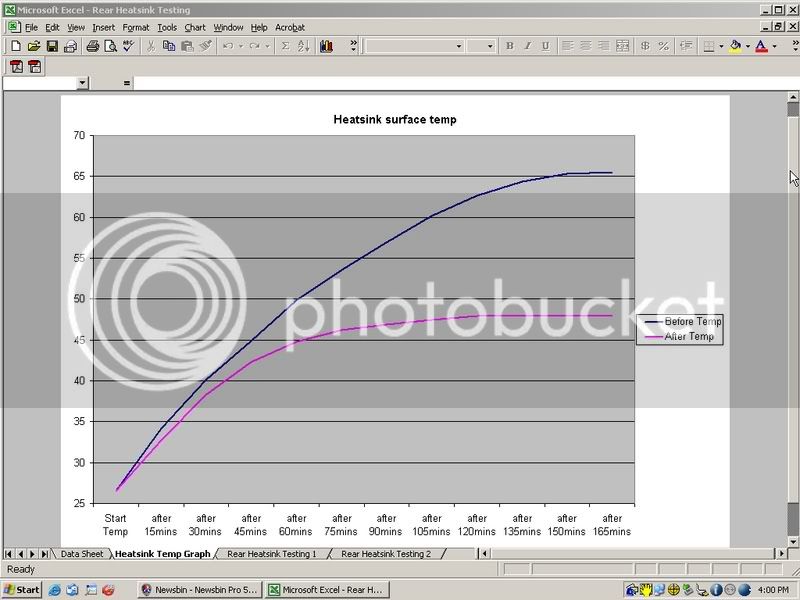 
I might install some very quiet fans to the heatsink to see what happens to the temps, will see, if I can get some time after all the other testing,

plus watching a Movie or 4


Have a Great Weekend
Cheers
Steve 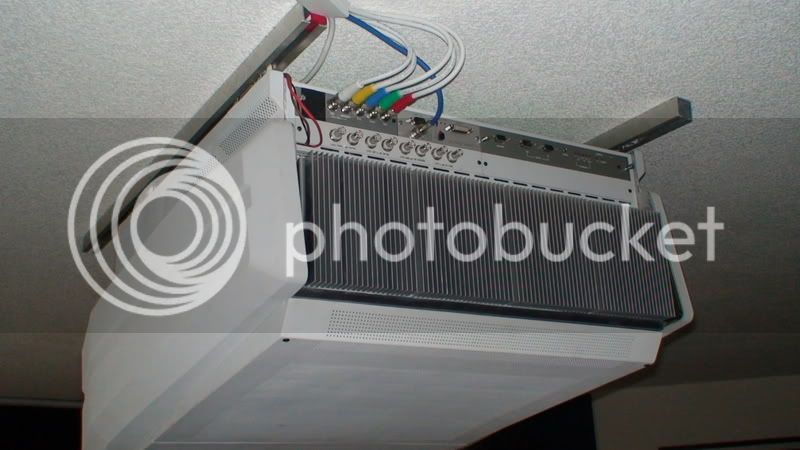 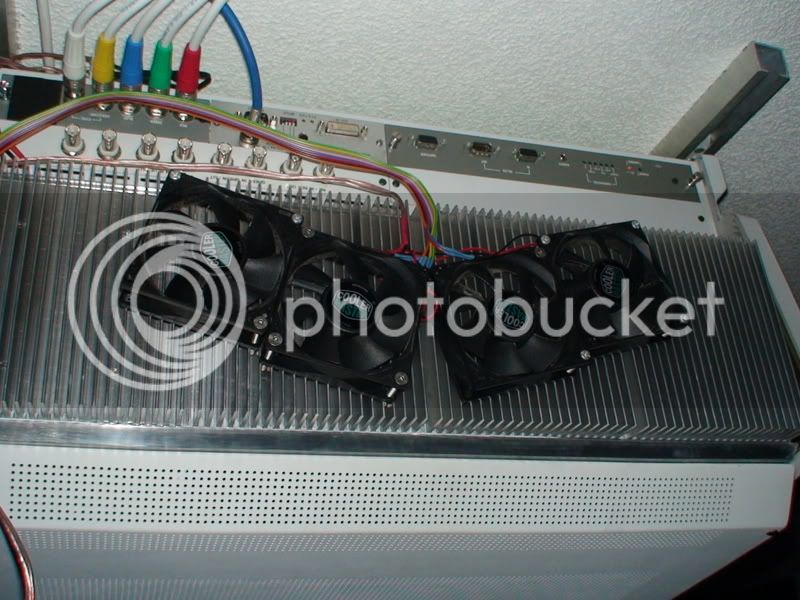 So tomorrow I will add another 2x 80mm fans, which will cover the entire length of the heatsink.
These fans are CoolerMaster with the thermister, so they speed up as the temp increases, I can't hear them over the rest of the fans, so NO added noise, and I think that I have the quietest Marquee around.
I have measured it at 29dB.
I have SilenX fans installed in the belly, plus 2x 120mm fans installed in the LVPS

Are you ready for a 30.5'c drop in heatsink temp?????
I can post a snap shot of the data sheet if anyone is interested?? 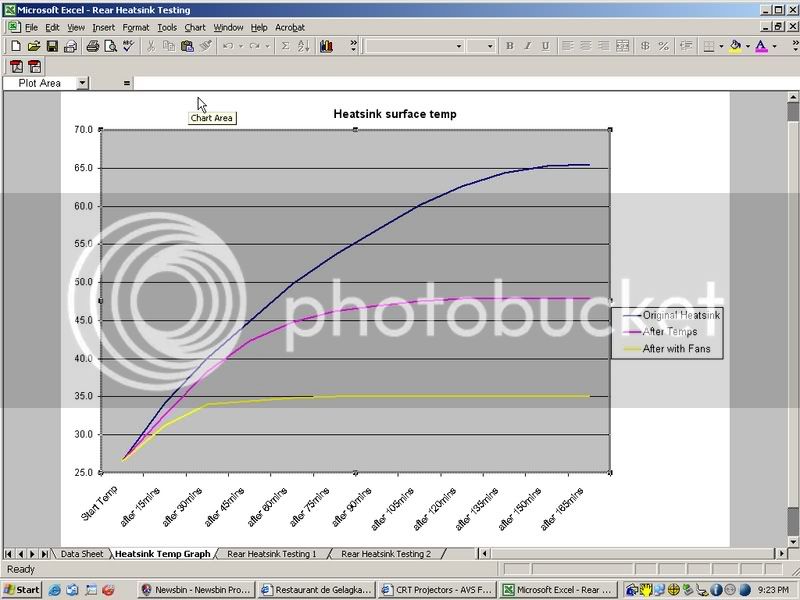 
So now, I am the only Marquee to have 10 fans installed


Ask away if anyone has questions 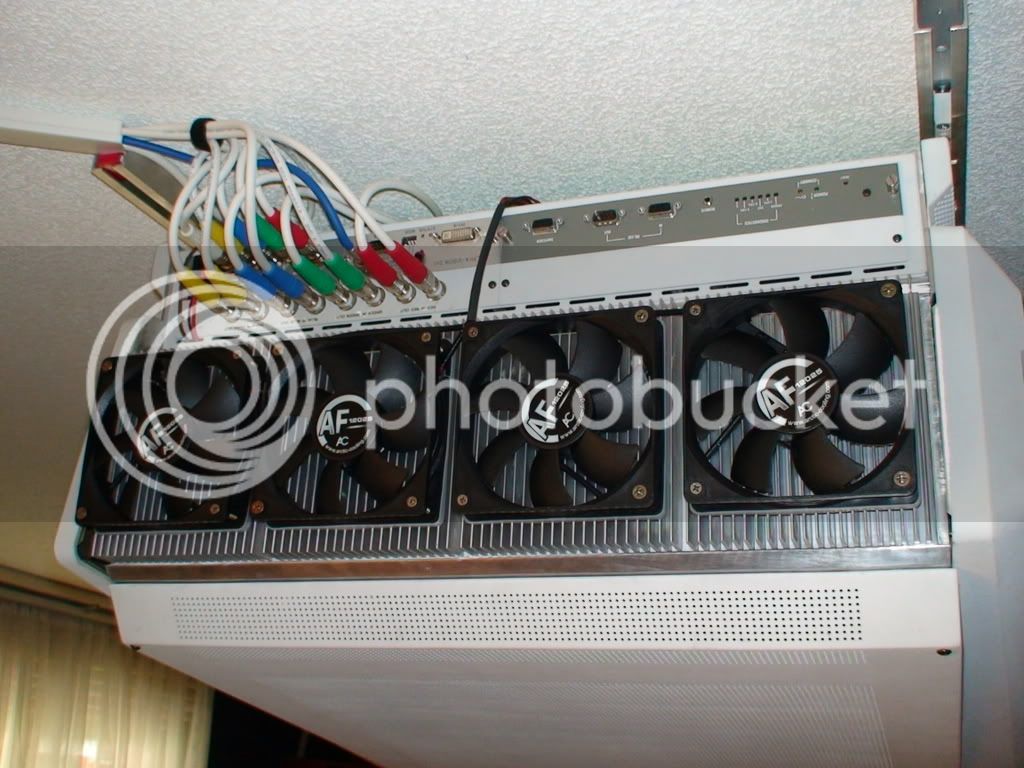 Wow, now that is what I call modifiaction.
You have done a great job there.

Tell us does your car get the same treatment I just have a vision now of a high modified machine sitting on the driveway.

Keep it going
Roland Brooks
It'll be all right in the end. If it's not all right, it's not the end
S

Ummmmm Yes,
I own an Audi S4,
Bi-Turbo 2,7 V6, 6 speed All Wheel Drive putting out around 320BHP,
Great fun driving on the snow in winter,

here is a teaser pic 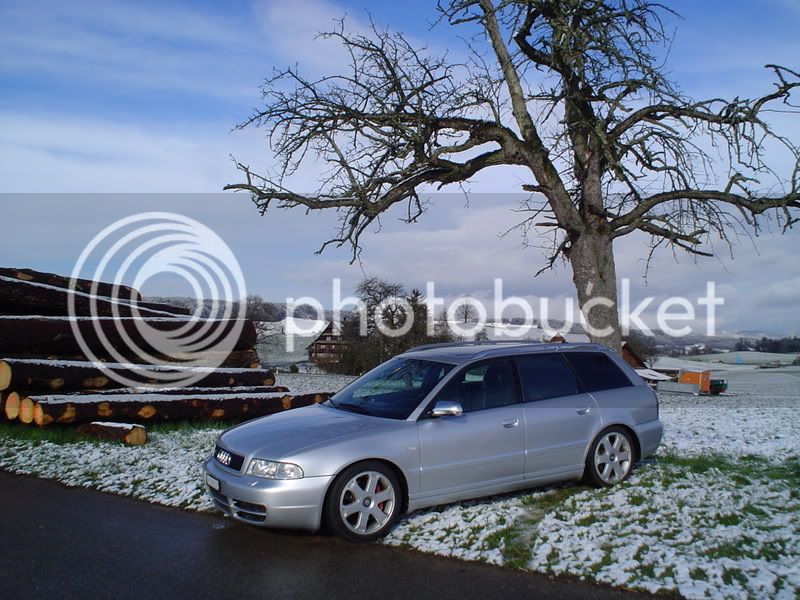 I LOVE my Audi as much as my Marquee,
BUT I LOVE my WIFE even more not to forget my to boy's, Lawrence and Elliot

I have been asked for some more info on this mod, so here it is,

First you need to mill off the original fins,
here is one I prepaired earlier 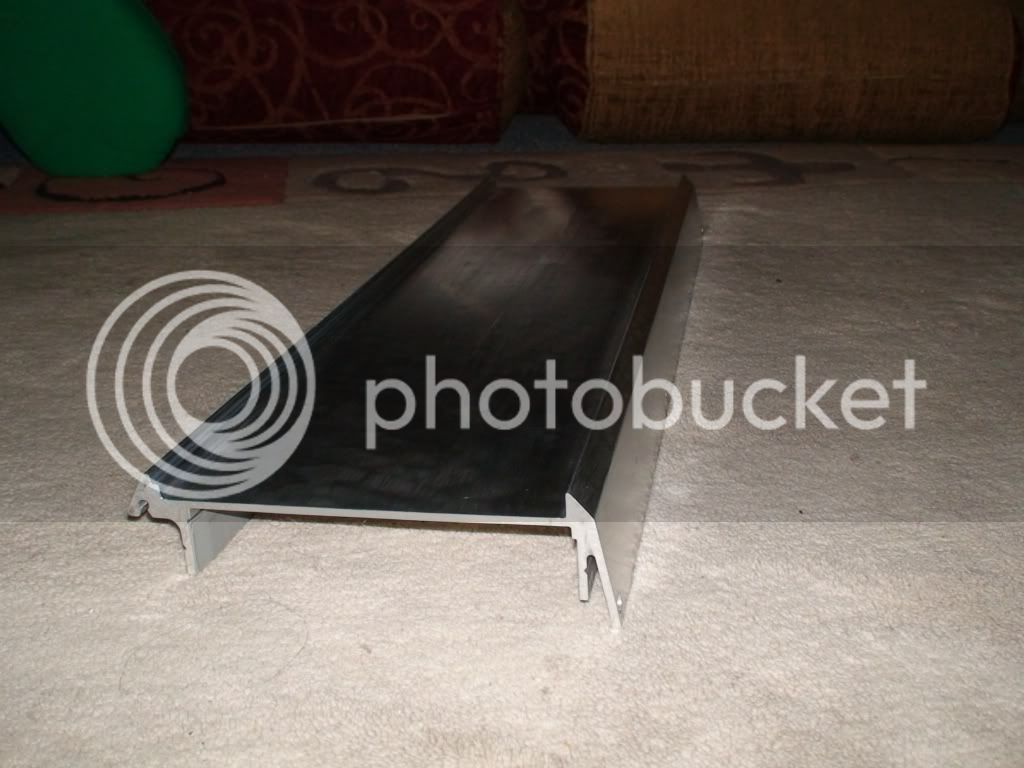 Here is what it looks like, modified to the original 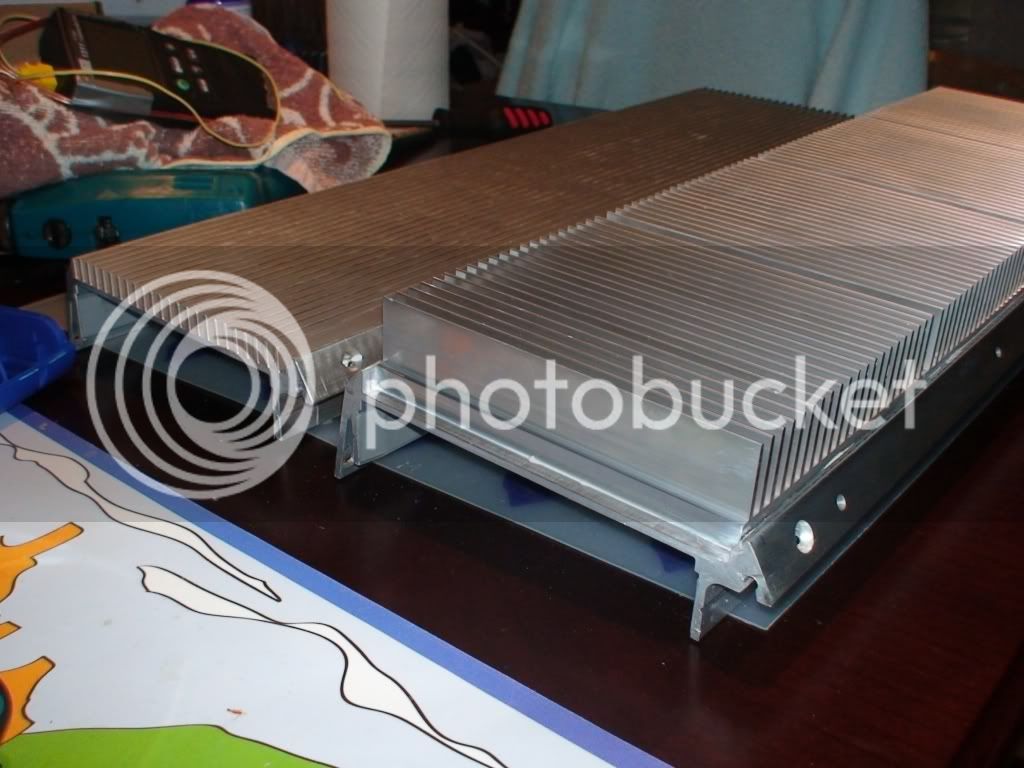 OK, get some heatsinks, I bought mine off eBay, but any GOOD electronics store might be able to help you out, They need to 149mm tall so they fit into the milled slot perfectly, they are 135 wide and you need 4 of them. The width depends on the design you pick up, the rear heatsink is 558mm wide.

Then apply some heatsink paste, this is the same stuff you use on your computer CPU and heatsink. 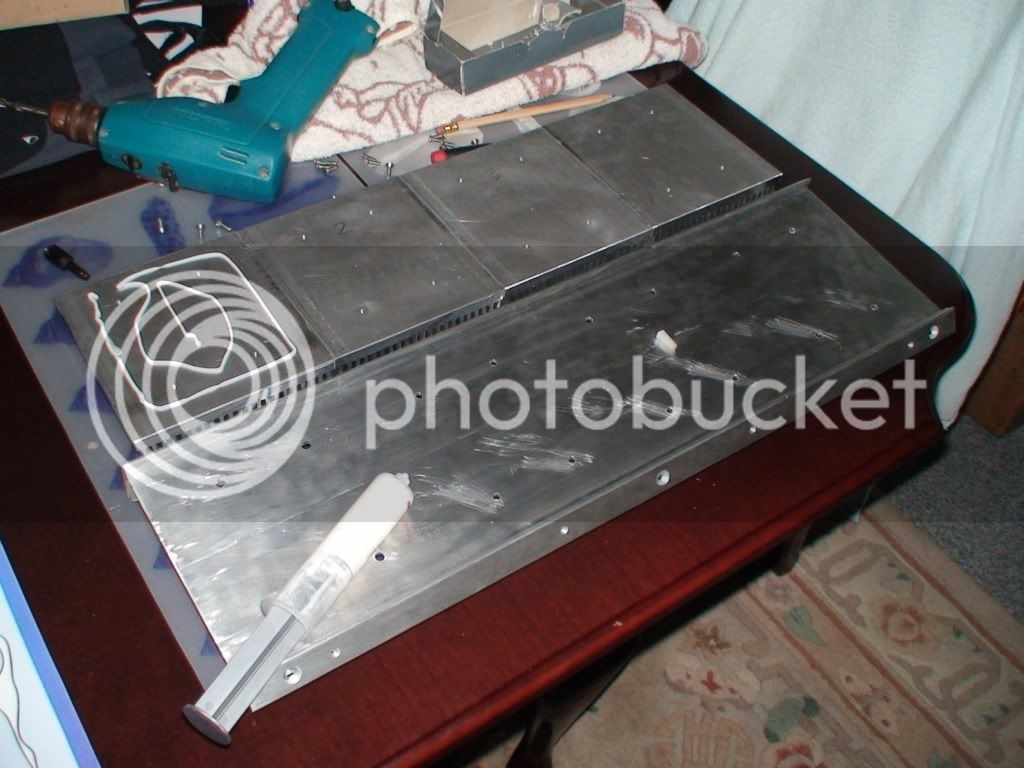 Heatsink paste on all heatsinks ready to install. 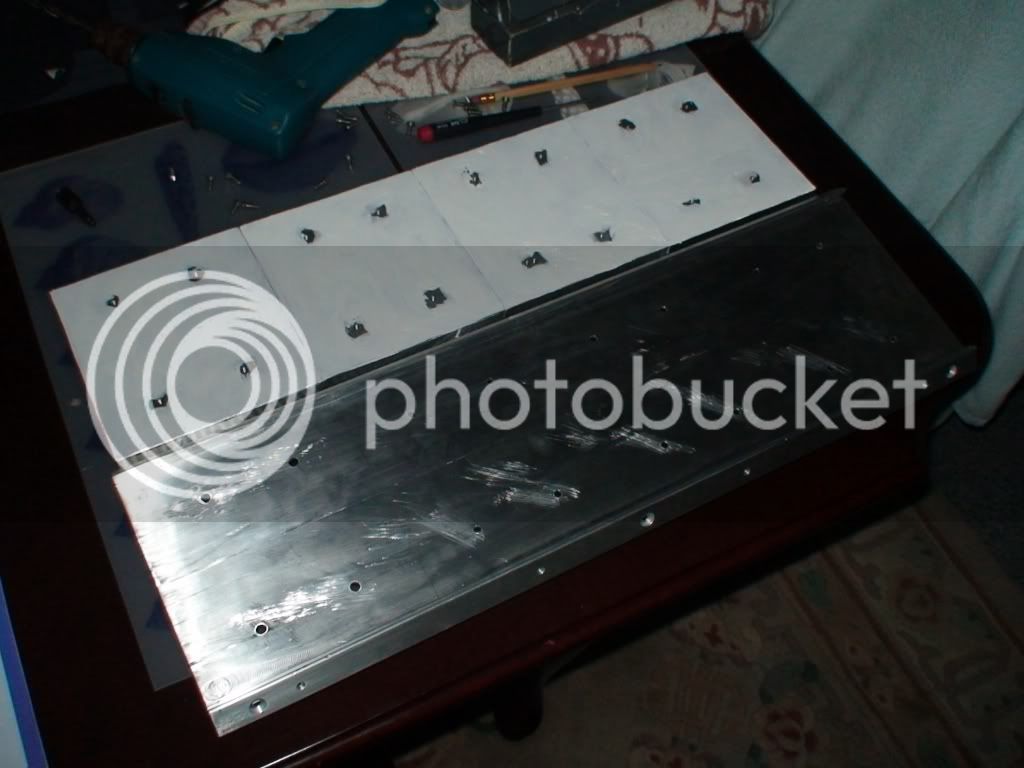 and now totally screwed
well all 16 screws were installed now, 4 per heatsink. 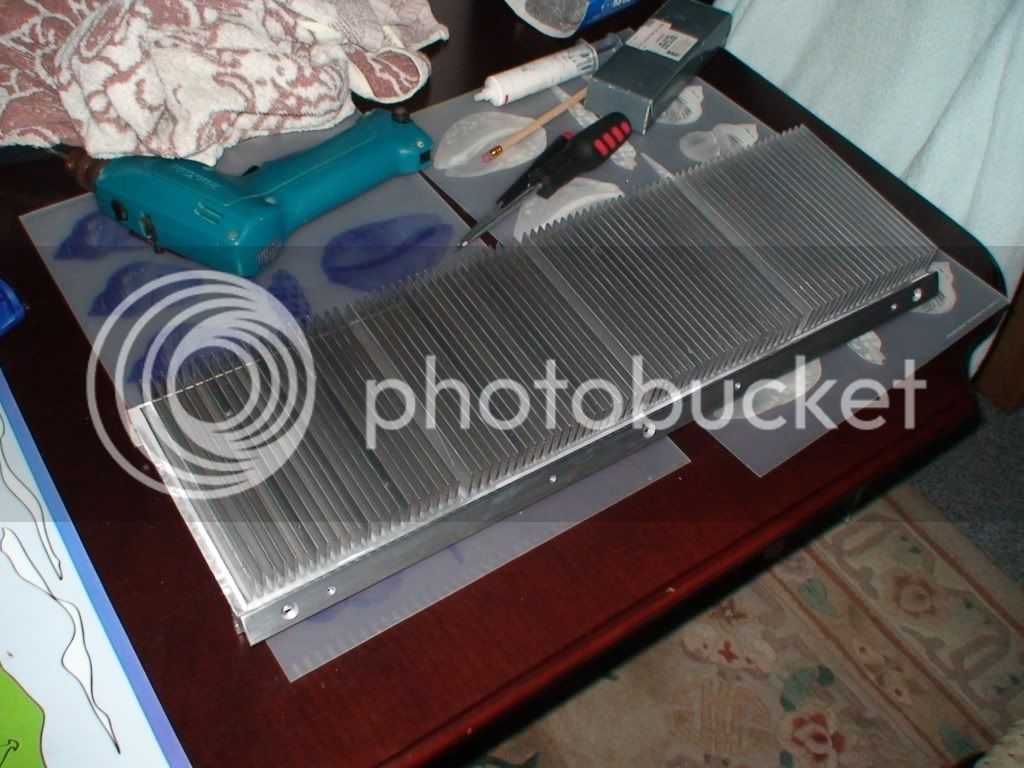 I ran the projector for about 4hrs, then pulled the heatsink off, tightened the screws again. Then ran for another 4 hrs, then tightened them again.
The heatsink paste weeped out of some of the edges, I wiped it off.


All is done, nothing else to do.

You can add fans if you like, up to you really.
I like my Marquee to run as cool as possible.

Hope this answers all your questions,
Please feel free to ask if you have any more.


Cheers
Steve
You must log in or register to reply here.