Hmm, the "Watchlist" feature is not unique to the Manhattan. Humax Youview boxes have had this feature for years, I use it on mine all the time!

Nice review, I've been looking at the T3-R with interest for a while as I hate my Youview box and am looking for a decent alternative.
"Screw you guys, I'm a goin' home!" - Eric T. Cartman

Jonrstorey said:
I have swapped the HDD for and SSD for silent operation...
Click to expand...

You realise that the live TV buffer, which allows you to pause and rewind the channel you're viewing, will wear out your SSD in a matter of weeks...?
"Screw you guys, I'm a goin' home!" - Eric T. Cartman

I've had the T3R since launch about 15 months ago. I moved across when my trusty BT YouView box finally bit the dust. Performance-wise I would say it is on par, maybe just a tad zippier. I was put off the latest Humax 5000 series as the obvious replacement because so many people were reporting the remote response had to be timed with a calendar I love the interface and find the layout logical. I think the stand-out moment for me was when it streamed Seven Worlds, One Planet on iPlayer in UHD to our 65" Samsung 4K TV.

In the early days the firmware was blighted by lock-ups, unresponsiveness and a wild auto-scrolling bug in the menus. The technical team sent me a USB with some beta firmware and data-logging software. This cured the problem but left channel zapping noticeably slower. The next beta cured that but caused erratic restarts until v.1.06.15 got everything back to normal. OTA updates now have it running v.1.07 since June and all is still well. There is still one small foible where the box would normally come out of standby and select Channel 101 (BBC1 HD) but on very rare occasions decides to select Channel 11 (Pick TV). I think Steve's review rating is well-deserved.
Apparently, "Just do whatever the f*#! you like" should NOT be considered authorisation to install a laser projector, 106-inch screen and 7.4.4 sound!
T

I have one and like it, previously I had a Toppy (Topfield 5800) which lasted well, the picture quality is an improvement on this, even SD.
I also have a Roku 4k stuck and a Pi running Kodi so am not concerned with it not doing everything.
Trying to educate the wife that amp+speakers are better than the speakers in the TV!
R

gingerninja72 said:
Like most, have been a Humax owner for years, but it is starting to feel a bit dated. This is on my list when mine croaks it, sounds excellent
Click to expand...

Same here - got an ageing Humax whose UI sluggishness continues to annoy. Once Manhatten get the remote recording app out I think I'll jump over.
J

Ensor said:
You realise that the live TV buffer, which allows you to pause and rewind the channel you're viewing, will wear out your SSD in a matter of weeks...?
Click to expand...

Thats the rumour but not really worried as its the same 240GB Sandisk SSD that I took out of the Humax before I sold it.

So it has already run for 24 months in the Humax with the TV buffer running continuous 24/7 because the Humax was so slow to boot so we never turned it off.

I tested it before i installed it in the T3-R with the Sandisk software and, from memory, it said it was still well under 40% through its life cycle.

So with the T3-R now switched off half of the time i am hopeful there is years left in the SSD....

£30 is worth it to me for completely silent operation and it does also seem to speed boot up by a fraction - maybe a placebo effect but it doesn't come up with the message saying it has found the HDD so guess its at least sped that process up.

jumpman 1972 said:
I have a Panasonic which i bought about seven years ago which i still use and it works perfectly.
I even added an external seagate hard drive several years ago to improve disc space, i don't think you can do that with a Humax or a Manhattan.
Click to expand...

You certainly can on the Humax HDR-2000T

MBHeatonMoor said:
I purchased one of these earlier in the year but there were two issues which caused me to reject the product - no DLNA/Network viewing (as client or server) and no copy facility - it's really a standalone box. I transfer films and some series to disk for watching on a 2m cinema screen (Kodi) and also for holiday viewing. My current Humax HDR Fox T2 (with the custom firmware, which is excellent) does all this (SD only copy). I use a Raspberry Pi 3/4 tuner combo for HD recordings. I guess it all depends on your use case, but I like maximum flexibility.
Click to expand...

No copy to external HDD is a deal breaker for me. I've got 4 Humax HDR 2000t boxes and I love them. The best feature is copying programmes to an external HDD and freeing up space on the box itself as well as archiving stuff. Otherwise I'd have been tempted by this Manhattan. Shame. I'll be all in, if in future they manage to get their box to do this however.
Last edited: Sep 2, 2020
Z

Where are we with the firmware updates for this, did the promised sept update come to add CEC and manual padding etc? What about remote recording any timescales for that at all?
Sony KD-77AG9 Master Series 4k OLED TV

If you don't have one yet it may be worth looking at the new Humax about to come out. 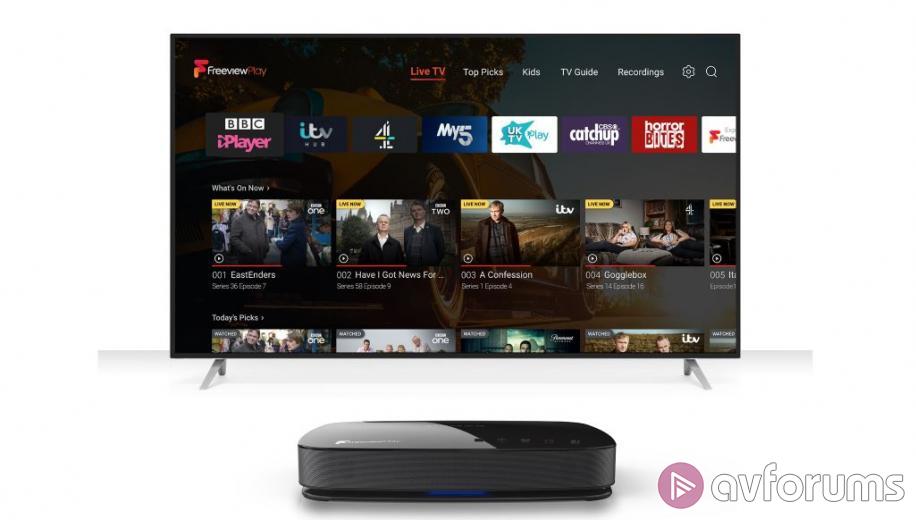 None of those features as far as I can see zAndy1. The latest software version is 1.08(09).

zAndy1 said:
Where are we with the firmware updates for this, did the promised sept update come to add CEC and manual padding etc? What about remote recording any timescales for that at all?
Click to expand...

Last release was July 1.08 and the features you request I think are in the V1.5 release (which was slated for September) with remote recording in V2. I am told the features I wanted (DLNA and USB file transfer) will never happen for HD due to commercial licensing constraints - something the manual home theatre builders will easily bypass/ignore.

Thanks for the review, I’d never heard of these, but have just bought one based entirely on the review and comments in this thread, after my Humax started mis-behaving. First impressions are very good!

I've also just bought one. Seems fast and the interface is very intuitive; the manual is still unused in the box. The remote can be programmed to control (very) basic TV functions. Unfortunately, the lack of Netflix or Prime means we still need to use the TV remote for those which is a bit of a pain.
I found that the Freeview Play guide wouldn't scroll back. Unplugging it and starting again seemed to solve this; hopefully it was a one off. Although it's a feature we'd rarely use, I expect it to work!

The new firmware is now available for download. Britbox added, manual padding, HDMI CEC, quite a few other features. 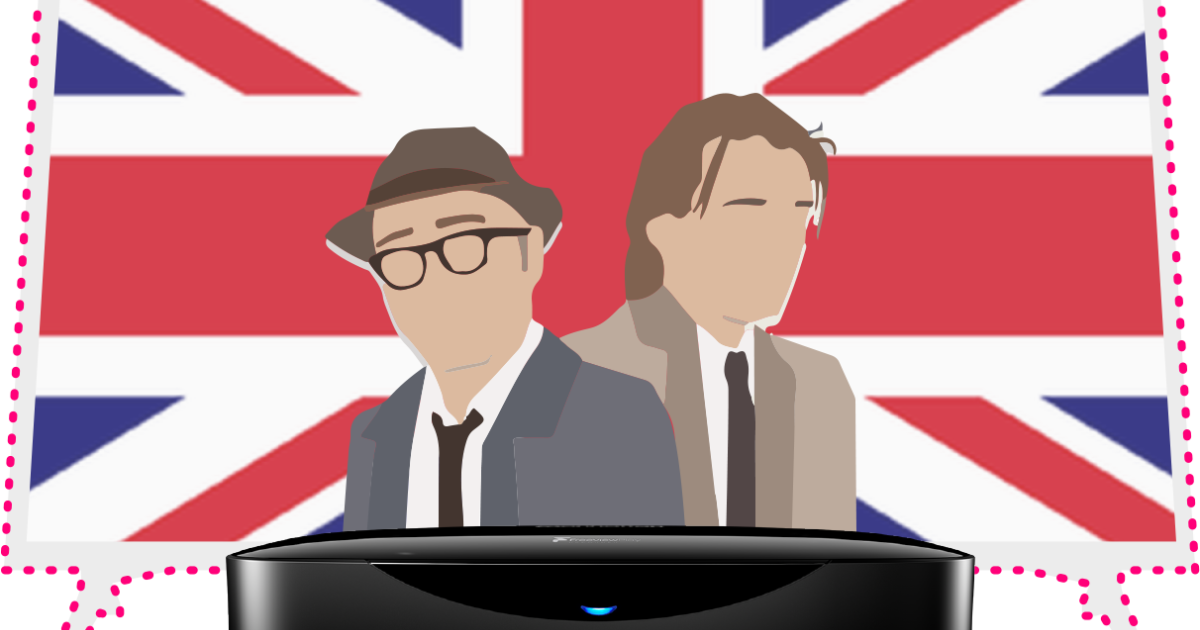 Find all the FAQs, documentation and downloads you need for your Manhattan T3•R.
manhattan-tv.com
Last edited: Dec 8, 2020

I don't see Britbox availability as that big a deal. Adding the big streaming services (Disney+ etc) would have suited me as I could have run any Atmos programming via the Manhattan.

I have no use for the rest of the update but some no doubt will.

lostinspace said:
I don't see Britbox availability as that big a deal. Adding the big streaming services (Disney+ etc) would have suited me as I could have run any Atmos programming via the Manhattan.

I have no use for the rest of the update but some no doubt will.
Click to expand...

I’ve found myself back in the freeview STB market and seem reluctant to go with Humax based on past experiences. The humax boxes have been fairly solid but I’ve found that they don’t tend to get much support after initial release.
Manhattan adding Britbox to this STB is not something I would really make use of either but it’s the principle that they are working with other providers to add more functionality to their products which is interesting.
You see it a lot, products like this when there is just a one off purchase. The manufacturers have no incentive to maintain them and when we are in a world of constant updates it means your product can become outdated quickly.
My old Samsung tv was top of the line 5 years ago and they promised to support it for a couple of years. The very next year they released a new OS (tizen) and promised to port it over to my tv. I’m still waiting for the update

I guess the alternative would be manufactured charge a small amount for major updates, but I guess consumers would complain.
Anyway this box seems interesting to me especially if it is faster at booting than a humax.

I took the plunge yesterday and went with the Manhattan. So far so good. I am impressed with the speed of turning on and navigating the menus (It makes my 2020 Samsung TV feel sluggish).
I read the notice about them providing a patch before Xmas to help people having issues.
I think that’s a really good attitude from a manufacturer.

Am I right in thinking Manhattan doesn’t have the ability to remote record from a mobile device?

Is there any news this maybe coming get all?
Z

daymouse said:
Am I right in thinking Manhattan doesn’t have the ability to remote record from a mobile device?

Is there any news this maybe coming get all?
Click to expand...

zAndy1 said:
Correct but as far as I know it's coming in a later update although not sure how far away that is
Click to expand...

Thanks for that, do you mean remote record or an actual app for iOS and Android as I can’t see any kind of app on the Apple App Store for Manhattan!
Z

daymouse said:
Thanks for that, do you mean remote record or an actual app for iOS and Android as I can’t see any kind of app on the Apple App Store for Manhattan!
Click to expand...

Another common feature I’ve noticed this box doesn’t have is “resume playback” on recordings. Although it does allow you to jump to a specific time.

ash1942 said:
Another common feature I’ve noticed this box doesn’t have is “resume playback” on recordings. Although it does allow you to jump to a specific time.
Click to expand...

Actually I’ve just discovered it does have a “resume playback” feature but it looks as though you have to cleanly quit playback for it to register that it had been watched. On the occasions it didn’t work for me i was turning the device off rather than stopping playback.
You must log in or register to reply here.

Saturday at 8:33 AM
jamesblairsco
J
S
Can you tether a Manhattan T3-R Freeview Play smart 4K ultra HD box to an iPhone with a strong 4g signal to watch catch up TV?