‘Get Out’s Jordan Peele staying in the same genre, as he teams With WBTV, HBO & Bad Robot For ‘Lovecraft Country’ (the 2016 novel from Matt Ruff,) Drama Series. The pilot will be written by Misha Green, who will also be the anthology series’ showrunner.

Lovecraft Country will tell the story of Atticus Black, a 25 year old man who goes on a road trip across 1950s Jim Crow America looking for his missing father. Atticus, his Uncle George and a friend named Letitia fight the evils of men, as well as some other evils that malevolent spirits have stolen from a H.P. Lovecraft novel.
Click to expand... Jonathan Majors (Hostiles)has been cast in the lead role. Mosaku will play Rudy Dandridge, a hustler just like her half-sister Leti (Smollett-Bell), only her hustles haven’t paid off. Her family ties are tested when she’s presented with an offer she can’t refuse.
Click to expand...

Vance’s George Black, has always been more like a father to Atticus (Majors). Warm, funny, and well read, he was the first to introduce Atticus to the wonderful and strange world of pulp novels. As the publisher of the “Safe Negro Travel Guide” he’s been on enough adventures to understand there’s no place like home.
Ellis is Hippolyta Black, George’s wife, Atticus’s aunt, and a star gazer. She’s been a housewife most of her life with dreams of getting into some adventures of her own, despite her husband’s misgivings. Her itch for adventure will eventually, literally and figuratively, take her to the stars and beyond.
Debicki portrays Christina Braithwhite, the only daughter of Samuel Braithwhite, the leader of a secret order calling themselves the “Sons of Adam.” She’s gone to great lengths to earn her father’s respect, to no avail. She’s going to pave her own path to power, and she’s going to use Atticus and his family to do it.
Click to expand...

Watch HBO Hypes Its 2020 Slate in Video Offering First Look at Lovecraft Country Watch Full Movie Online - Gomovies.app As the Streaming Wars descend upon us, i 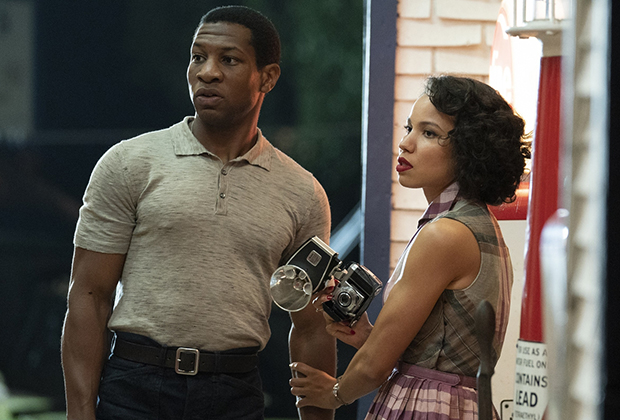 Not even the most thorough packing list can help you prepare for a trip to Lovecraft Country. At least, that’s the sense we’re getting from a new trailer for HBO’s series adaptati… 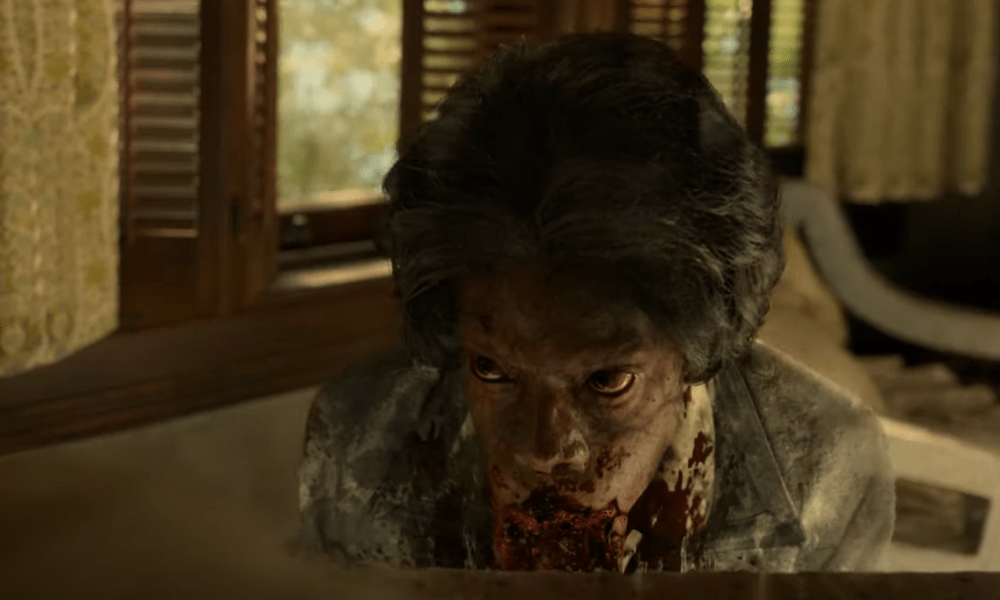 “What is reality?” Welcome to “Lovecraft Country.” HBO’s new horror-drama series, based on the 2016 novel by Matt Ruff of the same name, debuts this August, and a new teaser has arrived today. The series follows Atticus Freeman (Jonathan Majors) as he joins up with his friend Letitia (Jurnee... 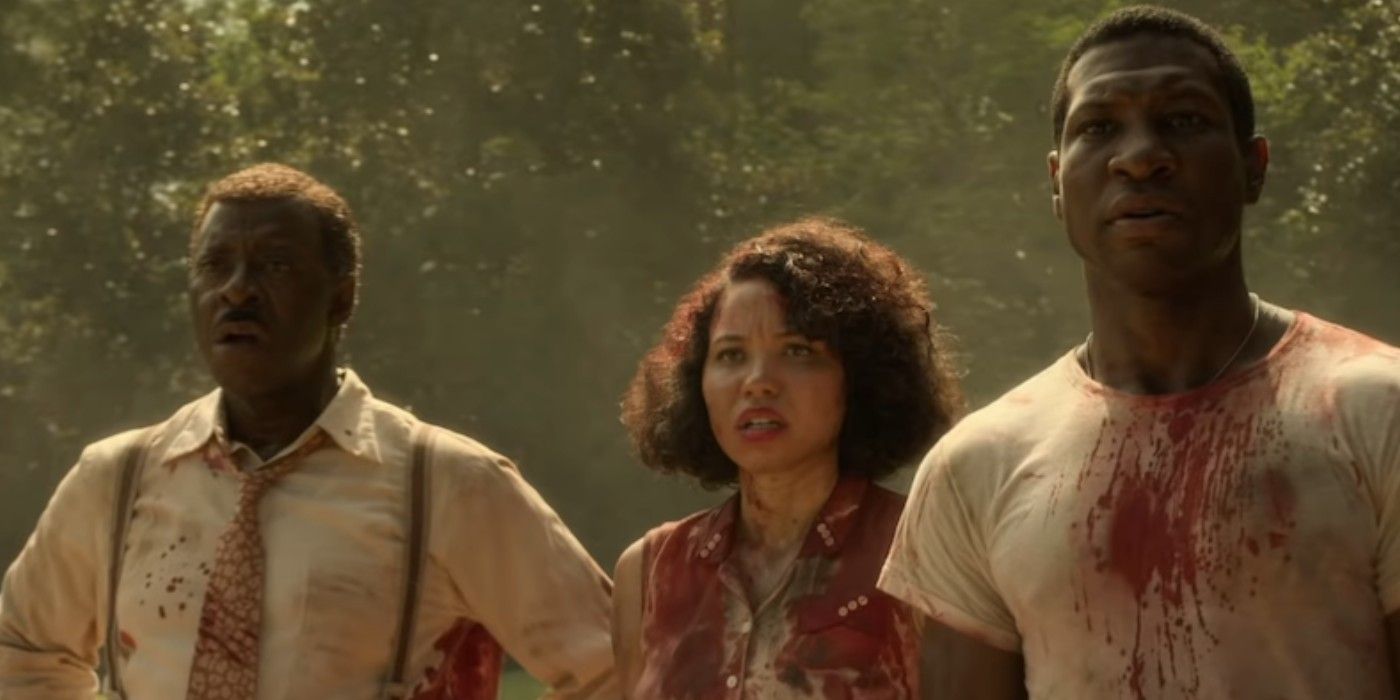 HBO has announced an August 2020 premiere date for the Misha Green TV show Lovecraft Country, which will be available on HBO and HBO Max.

Hailing from showrunner and executive producer Misha Green, Lovecraft Country will debut on HBO on Sunday, August 16 from 9:00 to 10:00 ET/PT. The show will proceed to air the subsequent episodes in its ten-episode run on Sundays in that time slot. Each episode of Lovecraft Country will also be available to stream on HBO Max.
Click to expand...

It's Family Business in the Official Lovecraft Country Trailer

HBO has released the official Lovecraft Country trailer and debuted the key art. The series is based on the 2016 novel by Matt Ruff of the same name. 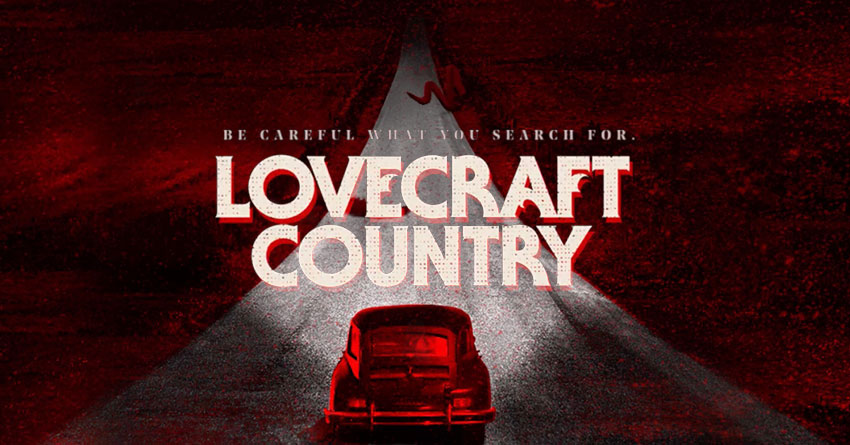 Sky has released the official trailer for Jordan Peele (‘Get Out’) and J.J. Abrams (‘Star Wars: The Rise of Skywalker’) upcoming horror drama ‘Lovecraft Country’…

www.geektown.co.uk
‘Lovecraft Country‘ premieres Monday, 17th August 2020 on Sky Atlantic and NOW TV in the UK. HBO will air the drama August 16th, 2020 in the USA.

Have I just seen Omar / Chalky White in the trailer

?
I hope his along for the ride, not just short/expendable/being killed in the 1st episode guy.

Pretty much enjoyed this especially its Twilight Zone style opening what followed lost my attention a bit but it soon pulled me back in with the wtf events that followed during its final 30 mins, looks the part visually but could have done without the music number fillers, a decent opener and will see how the next episode pans out to see if it's gonna be a stayer.
Favourite films seen from every year (1920-2017)
2022 ranked

systemsdead said:
Pretty much enjoyed this especially its Twilight Zone style opening what followed lost my attention a bit but it soon pulled me back in with the wtf events that followed during its final 30 mins, looks the part visually but could have done without the music number fillers, a decent opener and will see how the next episode pans out to see if it's gonna be a stayer.
Click to expand...

#1 Sundown
Its not highly original like Watchman, less Lovecraftian than i hoped in the opening episode, but makes up for it in last 20mins, some of the CGI stands out too much. mostly a human drama with man being monsters. Nice period setting, showing the ugly history of america. Only the start, it could widely improve down the line! 7.4/10

I thought it felt like it could have been part of an alternate universe timeline like Watchmen, almost like a spin-off of that. It felt very much part of that world.
I liked it so far but it's the kind of thing that could derail very quickly. Could be very good, though. The ending did make me want to watch ep2 straight away

A really slow start to episode one, but definitely worth hanging in there for the last 20 minutes or so.

I thought it was really good overall with a likeable cast, decent story (so far)... and the vfx aren't bad at all.

One gripe; audio levels were ridiculously low, possibly the lowest I've ever seen on any show.
Last edited: Aug 23, 2020
A lot of people mispronounce it, but it sounds just the way it's spelled:
h-f-u-h-r-u-h-u-r-r.

Supporter
Agree the audio was awful...had to blast it up on talking then when they was having the party booom! First time ive had to engage dynamic eq...

Roohster said:
One gripe; audio levels were ridiculously low, possibly the lowest I've ever seen on any show
Click to expand...

Episode 2 went downhill so fast I had to turn it off after 25mins, yep I'm done with this one already.
Favourite films seen from every year (1920-2017)
2022 ranked
You must log in or register to reply here.