Wondering if anyone can tell me if anything looks odd here.

I have this tablet which is the cellular version, so you can actually use it as a GIANT phone if you wanted
It's a few models old, now but I hardly ever use it. It's just a 'Just in case' device really.

However, I seem to have pretty much no memory left and had warning about memory dangerously low.
I've run the Google files app, and the free version of some nurse thing, and cleaned off anything suggested.

I have no music stored on it. no music, no video's no photo's really, just the apps.
I do have a MicroSD card which has a couple of small video's on it.

I struggled to get a clear photo, but think you should be able to read the memory amounts taken here: 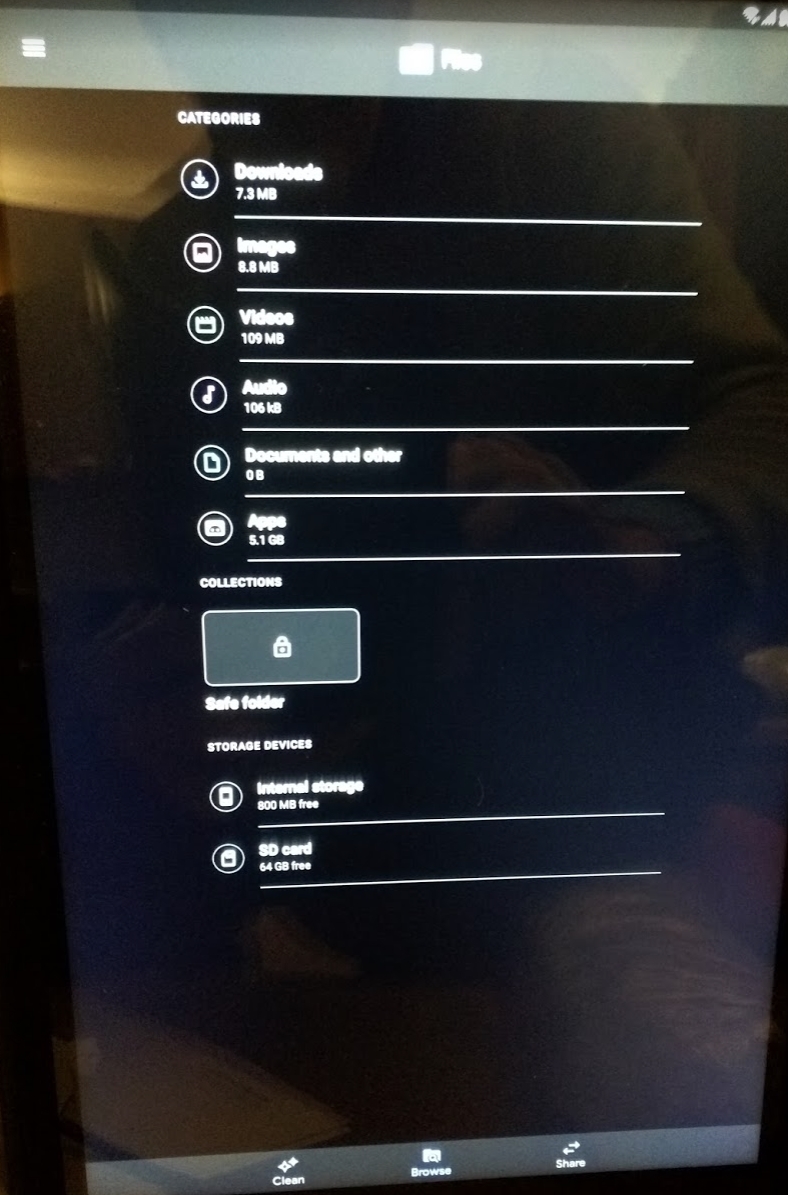 So it's saying 800 MD free of Internal Storage

Just went into the Samsung device app, and free'd up a tiny bit more, but still bad: 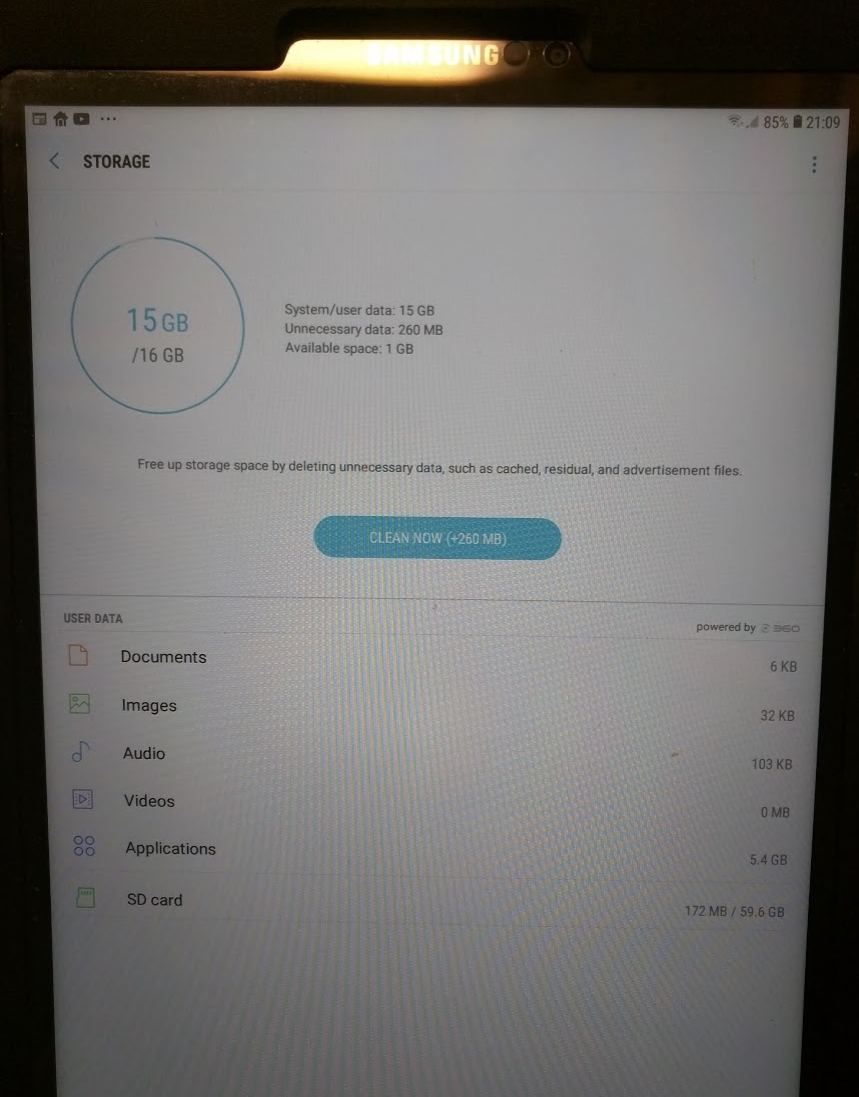 Does this look right to you?
Looks weird as the numbers don't seem to add up to me, what it's saying is used and what is left free.
Now I guess you don't get the full 16GB free as I'm sure the tablet itself eats a little into it, but still.

Which version of Android? My Samsung J5 phone did similar I found a number of apps (particularly Google Play Store) would gain large amounts of Cache storage. I got to the point where I was clearing the cache on a number of apps daily to have a usable phone.
B

I would suggest removing an apps you do not use. Ensure all your Data (Movies / Music ETC) is on the SD Card. Then Google how to clear the Cache of the remaining apps. It changes based on the version of Android and the skin the manufacturer applies.

Thanks for the replies and suggestions:

There is borderline no data at all as I basically to everything cloud based so I can get to the data on any device I pick up.

I'll have to find out/work out how to see and clean the app cache's you mention.

Think I found it!
Google Play Services had about 4mb cache.

That's my puzzle, most things have a few MB used, and I feel I'm missing GB of space
Where it lists how much storage it used by apps, it's still showing just hundreds of MB, not GB's

Installed CCleaner as that's one I know from PC side.
Gave it a few permissions I'd rather not, but just let it do all it wanted, do as much cleaning as it could then uninstalled it.
Also deleted any apps never think I'll probably need (I could do a few more I guess)
Managed to get to 2.7GB free, so I guess that's ok.
Still think it's not much from 'supposed' 16GB but hey
Time Flies like the Wind, but Fruit Flies like a Banana!

I have to keep clearing the cache on my Moto G5 which is also 16gb, so when I do upgrade I will be looking for either 64gb or 128gb.
B

2.7G I'd take, can't get my J5 above 1.5G it varies between that and 500M. All my media is on a microSD card and I only have apps I think I need. Samsung do push a lot of apps I'd happily remove but can't. I wouldn't go under 64G for Android now to be honest

Thanks, and I'm ok for now.
A new tablet one day, if it was 64GB then that would be way more than enough for any apps I need.
I'm not into loading games, which I guess would eat up the most.

If I'm honest the Tablet is just for the VERY occasional use.
Time Flies like the Wind, but Fruit Flies like a Banana!
You must log in or register to reply here.

Samsung EPG and recording function not fit for purpose