I'm looking for a new amplifier for my desk system. Currently I have a tiny Topping VX2 running some Boston Acoustics speakers from either Tidal Hifi on Windows or a Squeezebox.
The sound isn't that great - the bass is out of control - and turning it up is hopeless. I thought it was time for new speakers but then had a brainwave, try my XTZ Edge A2 power amp from the main system.
I'm also building up to another Picoreplayer and recently bought a Khadas Tone Board in preparation.
You see can see my stuff here

Now, oddly enough, that combo of Khadas into XTZ sounded staggering. Especially sitting a metre from them. Poor Topping, it's nothing personal.

So now I'm looking for a new amplifier with some of that Class D muscle and clean sound, but it doesn't need the insane power of the XTZ. It could be a DAC/Amp, it could be a power amp but more likely an integrated just to have a volume control to protect the speakers from Windows. I have Tidal Family so maybe something with MQA as well - then I can compare DACS. Maybe it's something Chinese from Audiophonics or something used. I'm not precious.

I have just two sources - Khadas Tone Board and USB. The Topping was handy being a USB DAC/Amp but I'm flexible over what comes next. This is the system for "analysing" music and comparing stuff so I had even thought of going for Genelecs or Adam monitors at one point.

The budget can be 3 figures and I realise there is a LOT of choice.
Ideas very welcome
Gareth Hughes

If you like the Khadas then there is an updated version from the same designer, the Soncoz LAQXD1 which sorts out the ESS hump, has higher SNR and a volume control plus balanced output and it is only around £200.

Amazon product
The other alternative is the Audiolab MDac which are around £300-350 second hand, these come with variable outputs.

alternatively keep the Khadas and add a passive preamp for volume. I use a SMPro M-Patch v2 but also look at the tisbury pre or a bit further up the tree there is the Khozmo and NVA preamps.

For amps, have a look through the Nord Acoustics catalogue.

Hey,
Appreciate the options, will think about it.
I know about Nord, but was hoping to be looking at kind of a next tier down. It's only the office system. (I appreciate I was vague in the price range).
I could find the space for something full width which would open up the options but would prefer not to.

Digging around last night, the Nad D3020 v1 might be a cheap option. Then there's the more expensive members of the family etc.
Gareth Hughes

What kind of Power are you looking for? Topping and similar amps are typically in the 10w/ch to 20w/ch range. Whatever the Power Rating is, it is probably half that as most of these compact amps tend to be rated at 4 ohms.

If found the Topping VX2 on line rated at 35w/ch, which means by a standard rating they are probably 17w/ch to 8 ohms.

Though a very basic compact amp, the REGA Brio has 50w/ch to 8 ohms. 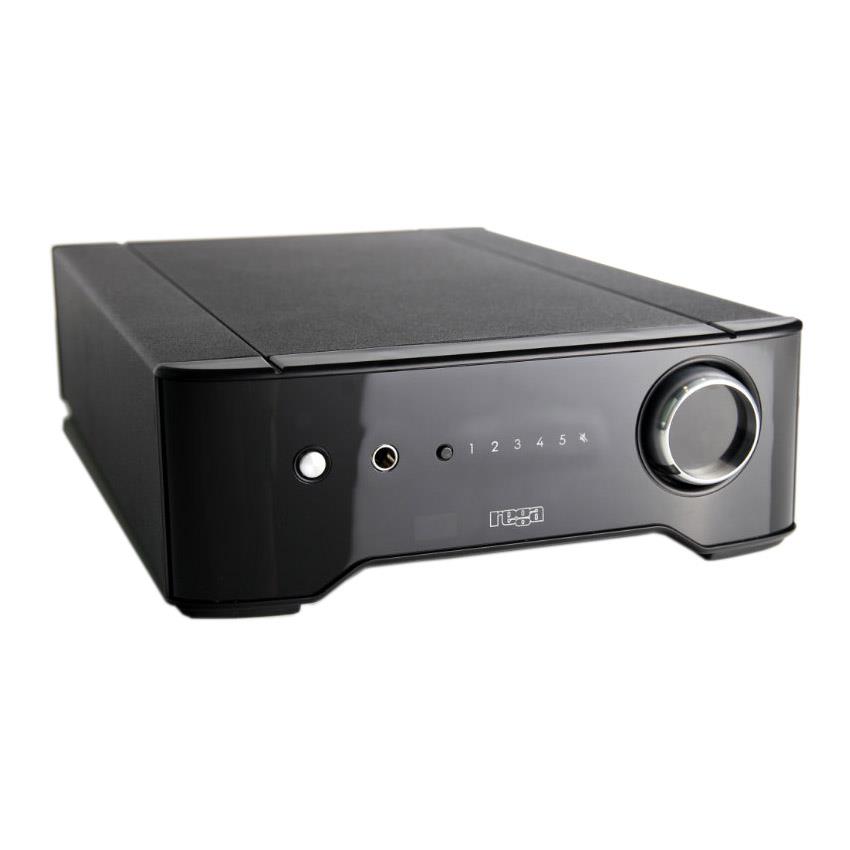 The Brio has a completely new case to house its improved circuits and parts. It now sits in a fully aluminium two-part case which boosts the heat sinking capabilities

Hey, thanks for putting me onto the Rega. The smaller one, the Io, looks pretty suitable, it's only a desk system so no need for insane power. It's also pleasingly spartan.
I wonder what I was thinking of back then when I bought that topping.
Now I know how good those speakers can sound I want a new amp badly!
Gareth Hughes

gvh said:
...
Now I know how good those speakers can sound I want a new amp badly!
Click to expand...

Can you give us the exact Model of Boston Acoustics speakers that you have?

They are A25 from 7 years ago.
No idea why I chose them, I wasn't so fussy back then

Gareth Hughes
You must log in or register to reply here.