Looking at Polk A7s or A9s, need some advice

The speakers I have my eyes on are Polks A7 or A9s, I am not sure which yet. I do really like the design of them and the reviews I have seen are great.

I'm wondering about receiver choice and if the A7/A9s are a good idea for future expansion? I'll need a receiver that I can use for a surround system later, too. Are there any other speakers I should be looking at? I plan on spending $500-800 CAD per speaker, approximately.

$500 to $800 CAD, does that mean Canadian Dollars? If not what country is the currency associated with?

The Polk Audio A7 and A9 should be very good speakers.

The Polk RTi-A7 have a rated response of 35hz at -3dB. You can estimate the still usable -6dB response by subtracting 5hz to 8hz from the -3dB rated response. That takes you down to a very impressive 30hz or just a bit less. The Polk A7 have TWO 6.5" bass drivers each.

The Polk RTi-A9 have a rated response of 30hz at -3dB, that means the -6dB bass goes very deep, close to 25hz or less. That is subwoofer territory. The Polk A9 have THREE 7" bass drivers each, and of course are larger cabinets. The A7 are 42 inches high and the A9 are 48 inches high.

The Polk A9 seem to be in your working budget range (depending on currency). So, what matters is the size of room they will be placed in, and whether this is a closed room or an open floor plan. If an open floor plan, you can count all the space. For example, my listening area is about 16 ft x 17 ft, but it is open floor plan so the entire space that the speaker play into is more like 17ft x 36 ft, so my speakers with TWIN 8" bass drivers each are not a problem.

On general principle, you go for the largest speakers you can afford. But, again, that is tempered by the room size and the room acoustics. I would be reluctant to put the Polk A9 into a 10 ft x 12ft or smaller bedroom. Though if that were a temporary short term arrangement, you could probably get by until you could move to a bigger place.

When you say move to surround sound later, are you implying that you will start with an AV Receiver, and add more speakers later? If so what AV Surround Receiver did you have in mind?

Also, when you buy certain front speakers, at bare minimum you are committing to buying the brand and series matching Center speakers. That would imply one of these -

I would suggest the largest Polk CSIA6 Center assuming you can accommodate it in your room. With large floorstanding, it is best to get the largest Center speaker.

For Side/Rear you have a bit more flexibility, and what you choose will depend on your circumstances, but here are the offerings in the RTi series -

Again, somewhat circumstance dependent, but likely either of these would work. The point is, when you pick the Front speakers, you need to expand them into a full Surround system to you see the overall price and know you ultimate goal, and further know whether that ultimate goal is consistent with your available budget.

Using the Suggested Retail Prices, and the largest speakers, it breaks down like this -

Are you OK with over $3000 being your eventual goal?

But that assumes you are actually looking for an AV Surround System. You will get much higher quality in a Stereo system. Though at your budget, Surround or Stereo, you will have a nice system.

That is a very fine amp, but no, it is not surround sound.

So, you need to sort out your priorities.

Which speaker you choose will depend on your room size. For myself, for a 5.1 Surround system, I think I would pick the A6, that is still going to give very good performance for music, and for movies, you will have a subwoofer. For a pure stereo system, definitely the Polk A9, though in reality, the Polk A7 in any normal sized room is going to be more than enough.

Hopefully I've given you a bit to think about, and that can lead us to narrowing down your equpment requirements.

Wow, what a fantastic reply. Thank you so much. By CAD I meant Canadian dollars! I plan to order from Crutchfield, since they have been very helpful and I like to support that.

I am going to be entirely honest: I don't understand all the technical talk. Here is my professional drawn floor plan. I don't have measurements yet, but I can do that later tonight when I'm home- I'd say it's standard apartment size? Currently I have my PC setup on the wall between the two windows and my TV beside the fireplace, but I think I'll have to switch it around and put the tv on the top wall.

I have so much furniture I just left it all out. I have home theather chairs, couches, etc... What I'm saying is, whatever space I have for furniture I'll be able to fit it anywhere depending on what I need. I would assume the main sitting area would have it's back towards the fireplace.

I also don't use the window. I'm an inside guy and don't really like the light coming in, so it's always covered. I don't mind putting the T.V. in front of the right side window if that is a better choice....

I can take pictures later if that helps too =)

About the upgrading/moving to surround later: I really don't know. I do not know what type of sound to expect or what I would really gain from switching setups. I like to have the option to upgrade or whatever the correct term is, though. Budget isn't really a problem for me as I don't need the other pieces in the immediate future. Odds are I will be completely fine and more than happy with just two A7s/A9s and my receiver anyway, right? If I need to spend another $2000-$3000 I am entirely happy to do that =)

I also understood that I'll be 100% buying the same brand/series in Polk, I'm great with that (assuming the system is good overall! All the reviews I've read pointed to yes). The representative I talked to at Crutchfield told me that quite often Polk has a deal for a huge or free (can't remember which) discount on another crucial piece of what I'd be buying- so when this happens is a great time to buy the rest of the setup and will save me $350~. If I was to say order one RTi A9 from Crutchfield and grab a second RTi A9 in person, assuming both are new/sealed there will be no issues, right?

You mention that I will get much higher quality in a stereo system- can you expand on this for me? I am extremely new to this and was under the impression the 'end goal' was a 5.1/7.1 surround system. Am I understanding you correctly in that I'm better with just a 2.1 speaker system?

Thank you so much again, and sorry for being so confused =) 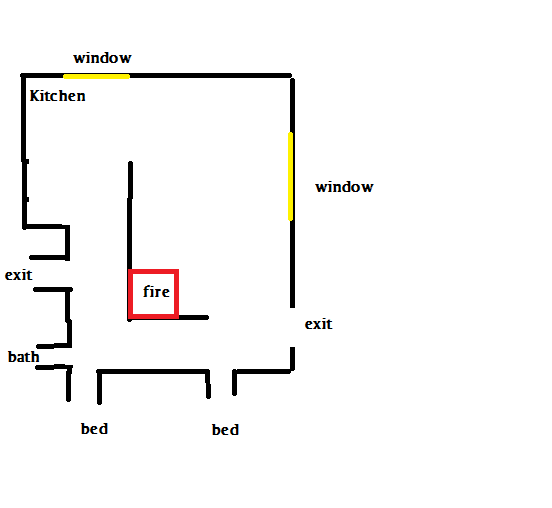 Anyone else able to help out?

First we assume this is for a fixed amount of money.

If you buy a standard Surround Receiver, with 7.1 channels, for say $500. Also consider all the additional electronics in a AV Receiver compared to a Stereo Amp. Let's call all those extra electronics the equivalent of an extra channel (relative to price).

Now we do the same thing with a similarly priced Stereo. It has two internal amp channels at $250 each.

Keep in mind I recommended a $1600 Stereo amp. To expand that particular amp into a full 7.1 channel surround amp (with a few adjustments) the AV amp total comes to $3,734.

Next, a stereo amp, of say 100w/ch channel for 200w total, will likely have a 300w power supply. An AV Receiver with a total of ...say... 700 watts is likely going to have a 400w to 500w power supply. That does make some sense since the amp doesn't use the channels equally. The Sub has its own amp, and the Front Three (left/right/center). The Side/Rear, if used at all, don't draw that much power. But the limit of such an amp is not the limit of the Amps power ratings but rather the limits of the Amp's Power Supply.

Totori said:
Anyone else able to help out?

The Klipsch RF speakers are indeed nice, but they are voiced a bit differently than the Polk. Because of the Horn Mid/Tweeter, the Klipsch can be a bit more bright and present than most cone or dome speakers. I actually like the sound of horns, others find them a bit bright. So, it is down to personal preference. I'm sure they sound great in general, the underlying question is whether you will personally like them.

A
Divided between upgrading AVR or Speakers.