Refurbishing and extending my flat, and replacing all the lights and switches in the process. Originally I was thinking I would just have dimmable LEDs pretty much everywhere, but after researching the different options I am now considering more advanced options.

The flat is made of 4 bedrooms, 3 bathrooms, and a lobby area. The extension (still under construction) will be the kitchen and living room plus an entrance hall. A basic requirement is to have dimming/switching directly controlled on the wall (i.e. not having to rely on an app to do it), and in at least one bedroom and the living room it has to be controlled from more than 1 location (2 or 3-way dimming/switching).

At first I considered the Lutron Rania dimmer switches, but I saw some limitations in the load they can take especially for the living room where I plan to have 9 LED lights (3 gangs of 3 E27 bulbs), and there's no 3-gang slave. After talking to a salesperson I looked at the Grafik Eye which would be much better solution for the whole living room/kitchen area. But then there would be 2 different types of controls in the house (not a disaster but it would be nice to be more uniform). Then I came across the LightwaveRF system which would add a couple of extra nice to have features: control of everything, including the bedroom lights and the mains outlets, via an app. Plus it's way cheaper. Then I read more about it, and it seems people are recommending Fibaro as a superior (and perhaps more importantly, more futureproof) solution.

So now, after reading tons of reviews, guides, forum posts, FAQs, etc., I am more confused than ever. So on to questions:

1) Apart from potentially no further product development, is there any reason to not install LWRF now? Given that I will install new dimmable LEDs everywhere, and the load per gang will range from 15W in the smallest bathroom to 42W in the biggest bedroom, so within the range supported by the LWRF dimmers?

2) If I go Fibaro, I understand I can use whatever dimmer switch. So let's say I use the Varilight V-Pro Eclique2. Can that work in a 3-way setup with all 3 dimmers able to turn on/off and dim the lights, by using only one Fibaro dimmer module?

Dimming quality should also be part of your considerations. Have you looked at Rako?

If cost is the biggest factor within your considerations, LWRF has a lot to offer for very little outlay. It's the system I have deployed. My biggest issue with the system is not the reliability issues you may have read about, but the dimming quality I mentioned.

Controlling LEDs reliably is still very complex today. Spend more money on a system to do the job properly solves the problem, but that itself may be an issue.
Chester
A

Chester said:
Dimming quality should also be part of your considerations. Have you looked at Rako?
Click to expand...

Aaargh, more options to consider!!! Ok, I'll look at it.
Totally agree about dimming quality. One salesperson I spoke to said that LWRF has very good compatibility with Megaman bulbs (and others, but Megaman for sure as they are the same company) and works very well with LED.


Chester said:
If cost is the biggest factor within your considerations, LWRF has a lot to offer for very little outlay. It's the system I have deployed. My biggest issue with the system is not the reliability issues you may have read about, but the dimming quality I mentioned.

Controlling LEDs reliably is still very complex today. Spend more money on a system to do the job properly solves the problem, but that itself may be an issue.
Click to expand...

Cost is obviously a concern but quality is a bigger one (within reason). What were your issues with dimming quality? flickering?
M

airmark said:
2) If I go Fibaro, I understand I can use whatever dimmer switch. So let's say I use the Varilight V-Pro Eclique2. Can that work in a 3-way setup with all 3 dimmers able to turn on/off and dim the lights, by using only one Fibaro dimmer module?
Click to expand...

You couldnt use that dimmer with Fibaro as its not a standard switch but has built in dimming , IR etc. We generally recommend either the new Varilight momentary switches or retractive centre off for dimmable circuits.

In answer to your other question yes you can wire 3 of the switches above and can then dim from any switch.

Bear in mind LWRF is only one way communication so the system doesnt know if the light is on/off , nor do they have the range of other HA products that you have with Fibaro/Zwave.

Excellent discussion that might help me replace some olde worlde lighting.

What do you want the motion detection to trigger , just lights ?
A

Forgive my ignorance, but how do these switches operate? I assume you press once to turn them on or off. Then while they are on, you turn left/right for dim up/down? And if so, what happens when you dim all the way up from one of them, then dim down from another switch in the circuit (or from the app), and then want to dim up again from the first one?
A

Aclass Technology said:
What do you want the motion detection to trigger , just lights ?
Click to expand...

Not sure yet. To be honest, at this point I only want dimming everywhere. It's just that I want to make it as future proof as (reasonably) possible since it's a good opportunity with the place being redecorated anyway.

edit: I just realized this question was not meant for me!!!Sorry
M

They aren't rotary so just press top/left one once to turn on, then hold to dim up. press bottom/right and hold to dim down

The switch itself doesn't have the dimming
M

Fibaro also lets you do some other clever things, such as double click up to activate a scene (ie turn all lights in house off) , double click down to bring room lights to 50% and switch off main light
A

So dimming up/down would only be possible via the app?
M

No, you press and hold 1 button up for dim up, and press 2nd button and hold down for dim down
M 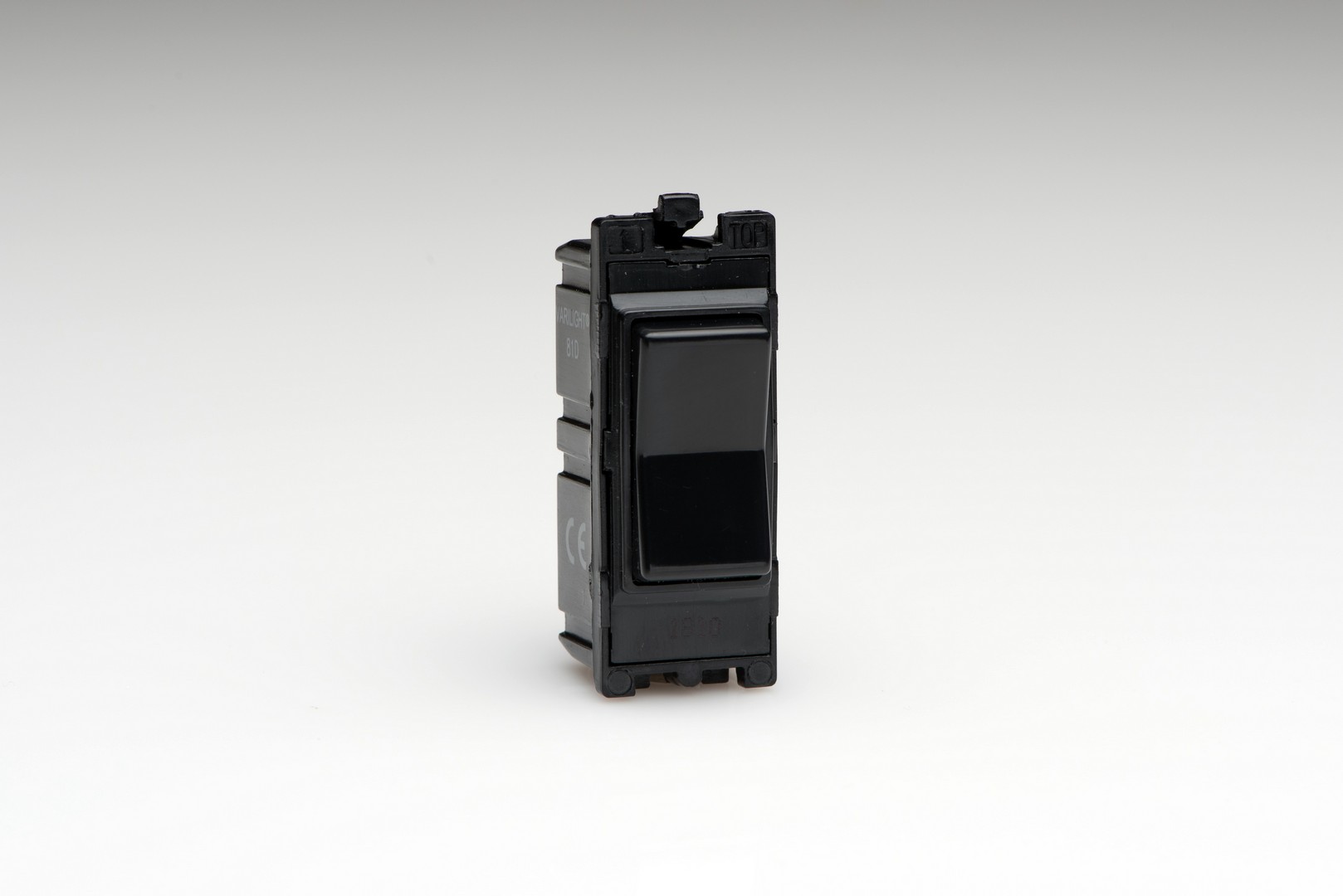 Ah, ok, the retractive looks more intuitive. So you press the top to turn on, bottom to turn off. When on, press and hold the top dims up, press and hold the bottom dims down. Right?
I can live with that. I guess you can put this on a standard plate and have 3-way switching/dimming (so 3 plates for example working on the same lights) with one Fibaro in the circuit in one of the 3?
M

We also generally add the Fibaro motion sensors to each room as not only are they motion sensors but also light level sensors, and temperature as well. So without too much work you can get lights to come on when you enter a room and if the light level requires it.
A

Aclass Technology said:
So without too much work you can get lights to come on when you enter a room and if the light level requires it.
Click to expand...

Hmmm, not sure my wife would appreciate this feature if I enter the bedroom after she has fallen asleep.
Maybe useful for the patio/garden, although I would imagine standalone solutions (like this: https://www.amazon.co.uk/gp/product/B01E55SPIE/) would be easier and cheaper (minus the feedback and control from the hub of course).
A

With regards to mains power sockets, is there a Fibaro solution equivalent to LWRF remote controlled ones?
M

Plug in
Smart Switch 6
A

Ok, not as elegant as the LWRF ones, but I guess it's fine especially because I will only buy it if/when I need it, as opposed to getting all 20+ sockets remote controlled upfront.

Regarding light dimming, how is compatibility with LED bulbs? I was told that LWRF would work perfectly with this: Megaman LED Light Bulbs Dimmable | Downlights.co.uk and most likely with some Philips ones. Can the same be said for the Fibaro? (I am hoping it will actually score better in this department as it will drive the bulb all the way to 100% brightness, whereas LWRF full on isn't really full on).
M

We generally use megaman but not had a problem with others . Fibaro dimmer modules has many settings to help get the right dimming levels , dimming rate etc
M

Aclass Technology said:
As regarding relays behind switches that is a lot neater but have to be careful with the loads as they have a maximum load
Click to expand...

Good to know, thanks. I'll probably just avoid them for now and if I ever need this functionality (could be never!), I'll just use a smart switch 8 (or whatever version is out at the time!)
M