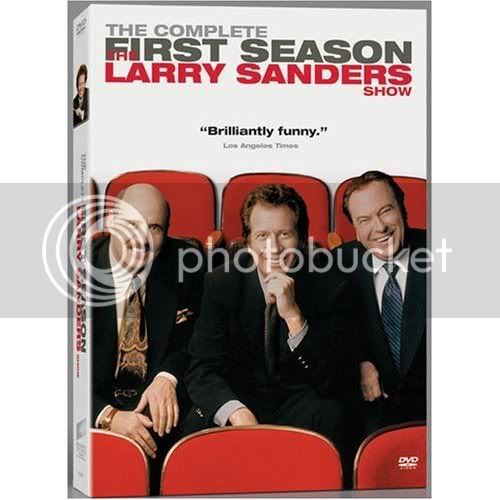 EPISODE 1 "WHAT HAVE YOU DONE FOR ME LATELY"
Guest Star - Robert Hays
Larry finds himself in opposition to a network executive who wants him to do live commercials for "The Garden Weasel."

EPISODE 2 "PROMISE"
Guest Stars Dana Delany, David Spade and William Shatner
Larry can't decide what he should do when a comic scheduled for the show appears first on a rival talk show.

EPISODE 3 "SPIDERS"
Guest Stars Carol Burnett, Jon Lovitz, Steve Duchesne and Steve Kutcher
Larry battles his reluctance when real live spiders are scheduled for the show, and he tries to find a sketch to do with guest Carol Burnett.

EPISODE 7 "HANK'S CONTRACT"
Guest Stars Robin Williams and George Foreman
It's contract negotiation time for Hank and he's going for a raise, and a golf cart.

EPISODE 8 "OUT OF THE LOOP"
Guest Star Peter Falk
Larry feels out of touch when he's the last to know that his head writer is having a torrid office affair.

EPISODE 9 "THE TALK SHOW"
Guest Stars Billy Crystal and Catherine O'Hara
An argument at Jeannie's home causes Larry to lose his concentration during the show that night.

EPISODE 12 "A BRUSH WITH THE ELBOW OF GREATNESS"
Guest Star Bela Shaw
Larry makes the tabloids when a woman claims he knocked her into a magazine rack and neglected to apologize.

EPISODE 13 "HEY NOW"
Guest Stars Bob Saget, Ray Combs and Earl Holliman
Hank falls asleep during the show, which is just the last straw for a fed up Larry.


➤➤ Give Blood ➤➤ Tell us about it: Who gives blood?
➤➤ British Bone Marrow Registry​
H

Hope so too, but could be a bit of a wait, as this was originally released in 2002, then in April this year was reissued (in a new sleeve I believe) to coincide with the release of the 4-disc "Not Just the Best of the Larry Sanders Show" (www.LarrySandersDVD.com & www.tvshowsondvd.com/newsitem.cfm?NewsID=6880) - a compilation of 23 episodes across the 6 seasons plus 8 hours of new material produced for the DVD. Shandling had previously said that Season 2 was about to be released, but this compilation materialised instead. I'm certainly tempted to also buy this, since the new material is supposed to be very good ... but only when its a bit cheaper 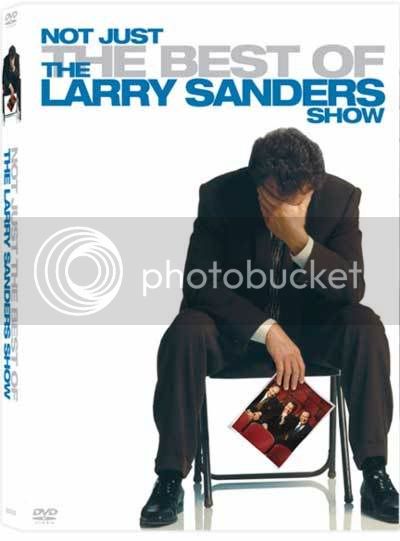 I bought the first season from DVD Soon in September 2004 for £14.85 delivered, which was a pretty good price at the time. I can confirm that the original edition had a different cover design, and came as a gatefold digi-pack with NO slipcase, and black disc trays. (I don't usually give a toss about packaging, but a slipcase would stop the contents insert falling out. )

I've also read the same stories - over on TVShowsOnDVD, I think - about there being no plans to release later season sets. That's what persuaded me to buy the "Not Just the Best of the Larry Sanders Show" set instead.