Here is a long preamble but I will get to the point soon. I blew the Low Bass drive on my Wharfedale Diamond 9.6, and the Surround gave out on the Mid-Bass Diver. Fortunately, Wharfedale still has replacement parts for the Diamond 9 Series.

Since Wharfedale uses the dreaded Foam Surround I suspect the Sunlight contributed to the deterioration of the surround, because the surround rings on the Right are still in pristine condition.

So, Tuesday I went to the dealer to pick up the Drivers, unfortunately they sent the correct Mid-Bass, but they sent the Mid-Bass for the next model down, the Diamond 9.5 which are 6.5" not 8" that I need. So had to re-order.

Now the Audition; I saw they had the latest Klipsch Forte IV setup so asked for an audition. I heard two songs -

For those who don't know the Forte is a 3.-way speaker with a 12" bass driver, Horn Mid and High, and with a large 15" Passive Radiator on the back. That's my kind of speaker, but for most people, today a bit impractical. 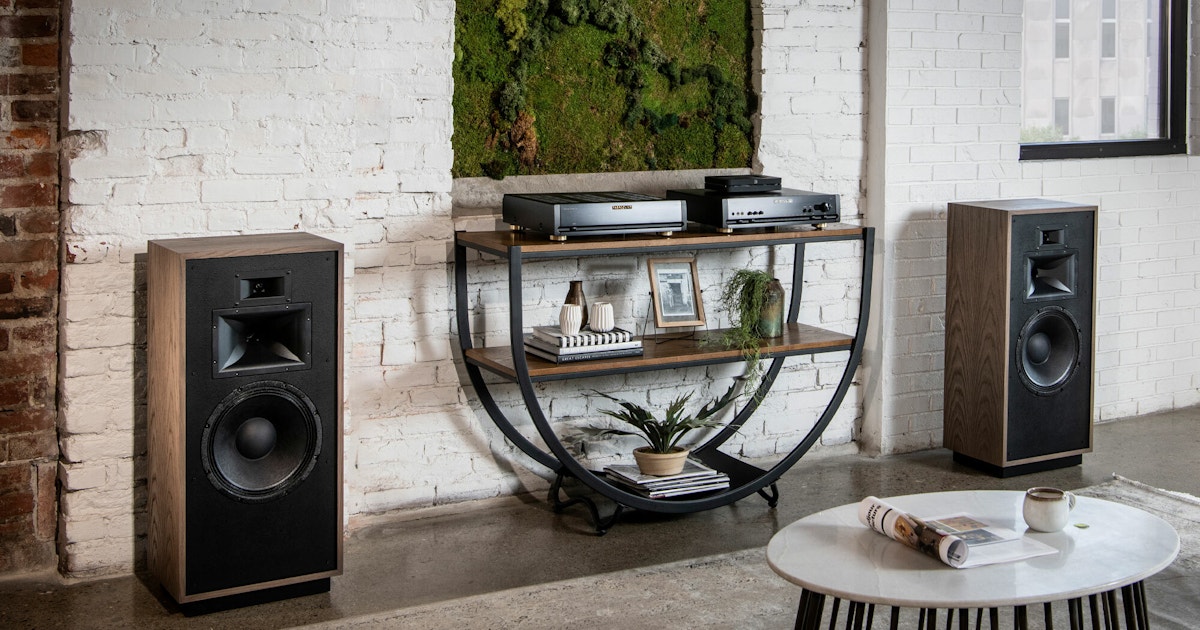 Bass was generally good. It is very easy to control the Bass by moving the speaker closer to the wall behind. In fact the Dealer (Jim) literally pushed the speakers back against the wall. And the Bass really bumped up, but, and this is a big but, even pushed literally against the wall, the Bass remained clear and tight, just more intense, and what is more important is that bass boost DID NOT muddy either the Bass or the Mid-Range. As I said, the bass was still clear controlled and tight. Very nice in this department.

Treble is were I felt I had a problem. Cymbals were not that impressive. What I could hear was crisp and lifelike, but they were just subdued. I felt they were soft compared to the rest of the music.

Now the Content was being streamed from Tidal with MAQ through a ROON system, and I can't really know if the treble was softened because of the wizardry of MAQ, or if it was actually the speaker. I'm going to go back and pick up my drivers in a few days, as long as the weather cooperates, and I'll bring the Brubeck and Buddy Guy CDs and listen again.


I do love the old-school big-box speakers like the Klispch Forte, but one thing I am looking for in a speaker is a bit more Mid/High presence, and ....so far... the Forte IV seem to let me down on the high end. But again, I don't really trust the MAQ to deliver on its promise of high fidelity. Seems like too much software magic is involved.

I have NOT heard the Focal 900 Series, but quite a while back I did hear the Focal 800 Series and I was very impressed. These speakers quickly moved near the top of my list of desirable speakers. Impressively clear and present, but I worry that they might be a bit too much in the Mid/High. Probably not, especially if not paired with a slightly crisper leaning amp. But they are so stunningly clear, with huge deep sound stage. So, they remain high on my list.

When I go to pick up my drivers in a few days, I will see if I can re-audition with CD content instead of Tidal MAQ, and see if that makes a difference.

Also worth noting that the two songs I auditioned are not really Cymbal dominate. The Cymbals are there, but not excessively so. I will try to find a third CD that will being out that aspect (treble) a little more.

So, until then, that's my review for now, The Midrange on the Klipsch Forte IV is absolutely sublime, the Bass is always clear and controlled, but not sure about the Treble, that needs more investigation.

AVForums Sponsor
A great review and sample tracks - Thanks BW.

AmericanAudio said:
A great review and sample tracks - Thanks BW.

Being a sealed unit there is very tight bass and very few limits on room positioning either.
Click to expand...

The Klipsch are technically a sealed unit. They don't have a port, but they do have a very large passive Radiator on the back. It seems to work well, and as I said even up close to the wall, the Low/Mid/High all stayed clear and separated.

The Midrange though was just stunning. If you get a chance, give them a listen. I'd like to compare opinions.

Went back to the dealer and picked up my Drivers, got the right ones this time.

Auditioned the Klipsch Forte again, and again, absolutely sublime. I listen to some vocal Jazz, though it did have some instrumental in it. Then some Steely Dan -Aja, followed by Carlos Santana covering "Black Magic Woman" then "While My Guitar Gently Weeps".

The last of these - Santana - was breathtakingly impressive.

There is no way I can convey to you just how Clear, Crisp, and SUBLIME these sounded. Stunningly clear and detailed. YouTube simply can NOT do justice to them.

Santana has more or less Latin vibes to it. You will hear to "TOCK" of a wood block being struck, that Wood Block was so clear, you could hear that it was hollow.

I forgot to add that at one point there is this rolling sustaining Cymbal spread across a stretch of music, that was as clear, crisp, and detailed as it could be.

Everything I heard was as crisp, clean, and detailed - Piano, Drums, Guitar, Vocals, Bass, etc...

Piano is a very good test of a system, and piano notes will tend to sound smeared on a bad syste, but on this system, you simply near natural Piano. Needless to say, I was impressed.

"While My Guitar Gently Weeps" is one of my favorites Santana covers, and I have NEVER heard is sound as good as I heard it sound today. There is a Yo-Yo Ma Cello cover at the beginning and when it ends there is a Bass Thud just before the Vocal Start, and all through the song there is this repeating Bass Thud. This is with the speakers placed 28" (.711m) in front of the wall behind. That bass just KICKED, but I suspect when you play it on Youtube, you won't even notice it.

SUBLIME is the only word that truly describes these speakers.

Just as a Side Note, I also heard some B&W 805 D4 that just happen to be playing in the store. They were really fantastic. Again, Piano was absolutely life like. Though I haven't heard them in a while, the Bass seemed a bit overblown on the 800-Series Floorstanding. Though I admit that is not consistent with what other people say, but these bookshelf were very impressive.

But ... as you might have guessed, I really like the Klipsch Forte-IV. Impressive speakers. If you get a chance, you owe it to yourself to audition them. And I highly recommend auditioning them with Carlo Santana - While My Guitar Gently Weeps. I've heard this song many many times, but have NEVER heard it sound as good as on the Forte IV.

Thanks for the review. Sounds as though you enjoyed them both very much. Only problem with listening to good gear is, you start wondering how to afford the cost of upgrading your existing kit. Will you be purchasing the Klipsch?

AmericanAudio said:
A great review and sample tracks - Thanks BW.

Being a sealed unit there is very tight bass and very few limits on room positioning either.
Click to expand...

I do like the look f the older style speakers, there is just something about them..be good to hear them whilst one relaxes upon the chesterfield in the drawing room…
You must log in or register to reply here.