I’ve been to Richer Sounds this afternoon and I had a chat with the (very knowledgeable) chap there and discussed my requirements. I was torn between the Q550 or Q750 as my LR in my cinema room upgrade. I’m going to have 2 subs so I know I’d be better with standmount speakers at the front but aesthetics are important to me. I’ve measured up and both fit ok. The room is 5m x 2.5m. I’ve got plenty of room for the bigger centre, the Q650C and it’s very similarly priced so that’s a no brainer. The RS chap reckons the 550 would suit my room better. Would they look ok against the 650 centre? The room is black/dark so they’re not that prominent anyway.
Phil's 17' x 8' CINEMA ROOM (GARAGE) FULLY COMPLETED PHOTOS & VIDEOS IN THIS LINK

Your room is not as big as mine and I think the big Q750s would be far too much for my space. The Q550s would be more than adequate given you don't want the Q350 standmounts. I have the inverse to you with the smaller R200C (driver size) against the R300s which have the bigger drivers. Doesn't look out of place at all. The Q650 is a very big centre, make sure you've room for it.
'My opinions expressed here do not represent those of the AVForums or its associated websites'.

Where the Q series varies from the R is that there are different size uni q drivers.

The R series uses the same size uni Q driver 130mm through the range with differing amounts of bass drivers. This is cohesive as it is a 3 way design

Before changing the R series, which was a major step in quality, I had the Q200 with the Q300. Changed to the Q600 centre so the same drivers which had better, not by much , cohesion across the front 3.

Thanks DrH. I’m going round in circles here!! I’m now thinking the 350’s with the 650C. I know I said I wanted floorstanders but I’m not that sure the 550’s would look that good next to the 650 anyway.
I’m now measuring up for stands. I could now also go back to the option of the Monolith THX 365’s that were recommended on here, but they are massive/tall and I’m struggling to find a suitable stand that won’t put them too high. Plus they aren’t as easy to get hold of and also RS are doing me a “package deal/discount”, they are not far away and convenient for returns/issues etc.
So the only other option now would be a different LCR set, but I quite like the look of the Q’s and the price is where I want it to be. I need a lot more £‘s for the ceiling speakers, sub & Valencia seating…..ouch
Phil's 17' x 8' CINEMA ROOM (GARAGE) FULLY COMPLETED PHOTOS & VIDEOS IN THIS LINK

I could throw another spanner in the works Phil (just for fun) these XTZ Cinema M8 are on offer but probably only till today at half price.

You could have an LCR of these for about 2k euro including taxes etc they would be 4k normally so an incredible for the price. They are the bigger brother to the M6 Cinemas which I have in my main home cinema setup. 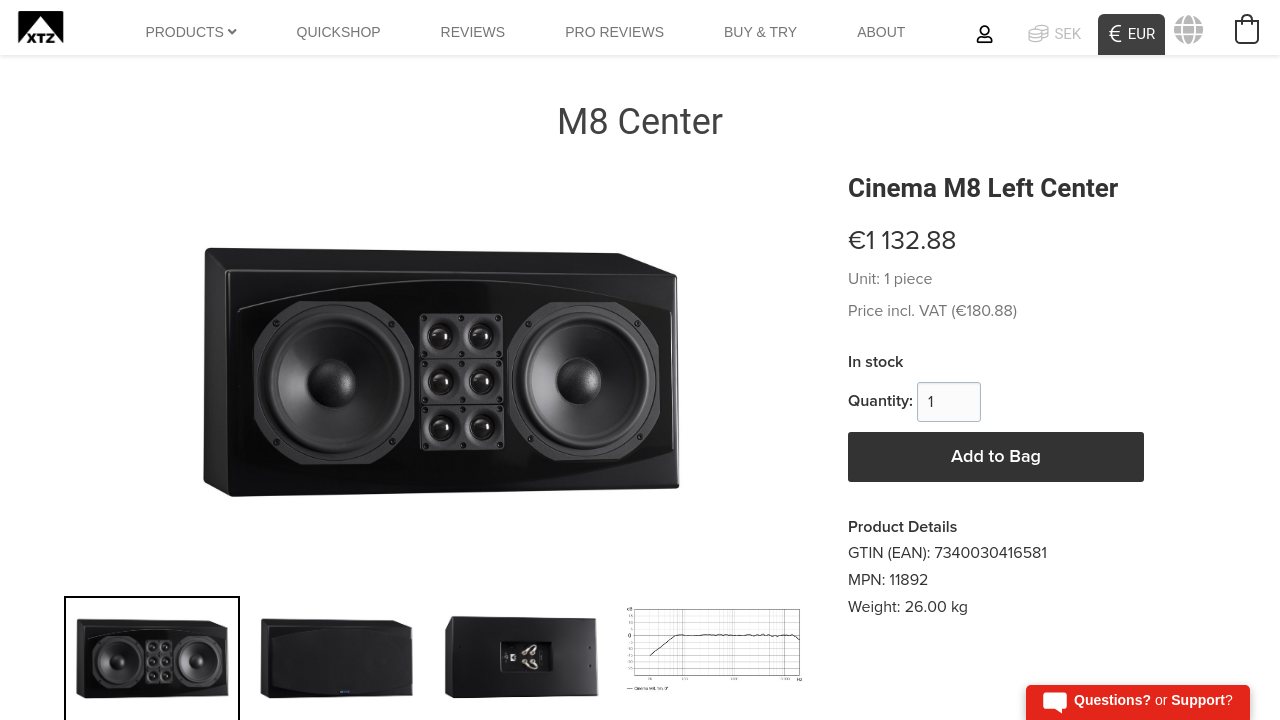 Thanks to numerous special technologies, the Cinema M8 Center convinces in large home theaters with precise and neutral sound. 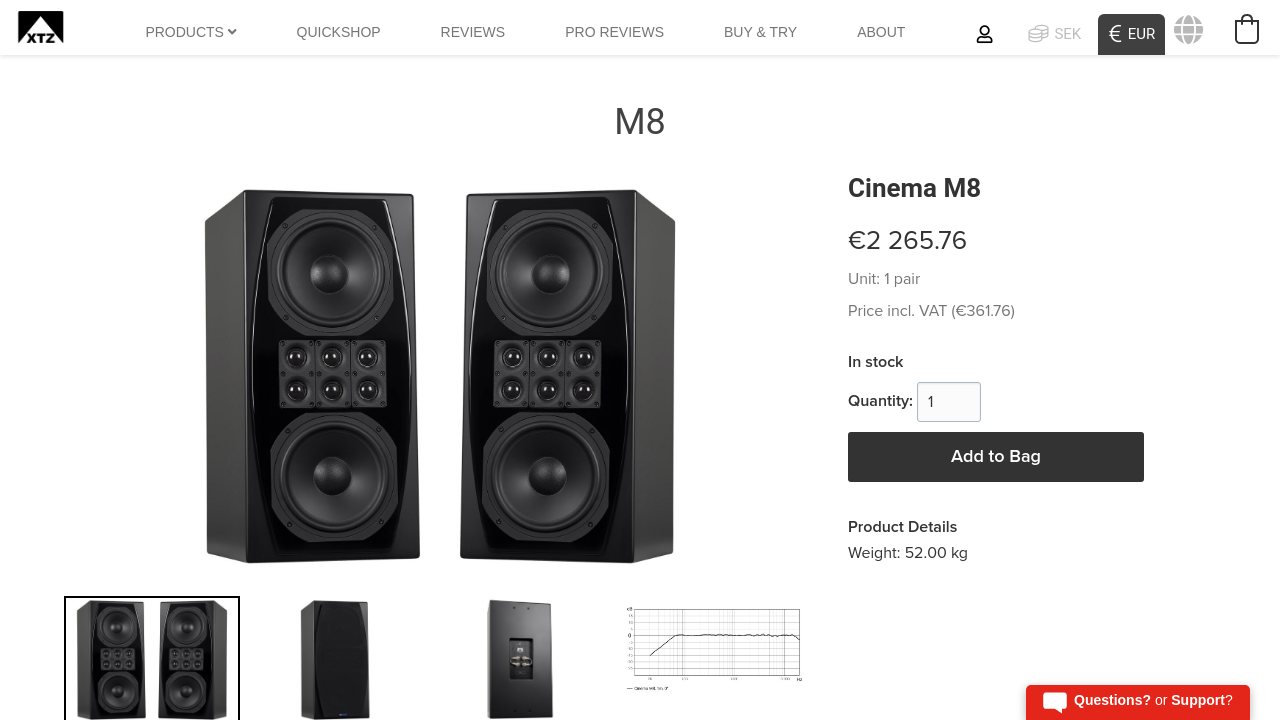 The Cinema M8 is the perfect home cinema speaker, even for large rooms. Precise and neutral sound and optimized dispersion. AVForums Sponsor
If you're using a woofer/s which can utilise a high level output, then the Q550 will be sonically the best in that size of room as you will be able to use the dynamics of the woofer to extend the depth of the sound stage without having to rely on upping the power on the amp to drive the bottom end

I will add that some of this is based on my own personal preference as I've always found the smallest of the Q and R series floorstands to be best when using it for music. I know not everyone agrees with this (which is what I would expect as it would be a poor place to live if we all liked the same thing). So you really need to hear them in action to make your own mind up. I would say that none of the Q or R series are poor at producing musical or cinema experiences, but like I mentioned about, for music, the smaller floorstands are the best (in my opinion, they just seem to have a better rhythmic flow) and if its mainly cinema, then the Q750's should be used as they seem to have the edge in this area even though they a little to big for the room, the larger UniQ drive seems to have that something which is hard to quantify where cinema is important

As for a centre channel, which ever floorstands you purchase, you should then pick the one with the matching UniQ driver
Last edited: Nov 30, 2021
AV.com are proud Sponsors of AVForums,
Call, email for special offers/bespoke bundles/home demoing
Package bundles available: AV Bundles. - HiFi Bundles.​
You must log in or register to reply here.