Apologies for the shockingly poor image attached, I haven’t got access to a PC so I’m having to write this on my phone.

Based on the size of this room, and where the projector would be mounted to throw onto where the fixed screen will be installed, I’ve been told I can only get an image as large as approx. 95 inches.

I was personally really hoping I’d be able to achieve at least 105” or 110”. Is the store right in their calculations that 95 inches seems to be the biggest possible based on the layout of this room?

Before anyone asks, I’m considering putting the screen onto the wall where the door is and placing my front and centre speakers underneath the screen, and then aligning my seats to be centered subject to the screen, but that would throw off the sound dynamics in the room since the left side of the room’s speakers would obviously be closer to the people in the room.

I know this isn’t the best sized theatre room (or the best laid out) but what are everyone’s thoughts? Keep the layout as it is and go with the 95 inch screen - if that is in fact the biggest size I can get? Or has the store got its measurements wrong?

Then take into account 10-30cm space of the projector from the wall for ventilation and cables (I wouldn't personally want to leave such an expensive projector with no ventilation) ; lets say just for the sake of cables 10cm.

Throw distance calculator for N5 shows 3M throw distance throwing at the widest angle lens = 95''. You probably gain a few extra cm because the lens is in the projector (not at the periphery), so you might squeeze out another 1-3 inches. With no space (even for cables), you get a 99'' image via the calculator. Hopefully due to the lens being inside the PJ, you might gain another inch. However, I really don't recommend going too far away from manufacturer safety suggestions for these PJs.

But yes, the store seems to be correct in their guidance. Realistically for 110'' or 105'' you need another 30 to 50cm of throw distance. Solutions would be drilling into the wall if you have space behind it and putting the projector there. Otherwise you are stuck.


Alternative projector with inferior contrast but better throw distance would be an Epson 9300 or 9400 which would give you a 102'' image but if you pushed it right against the wall, a 105'' image.

When I had a small throw distance, I went with the Epson.

The difference isn't really big between the two. Or an 83'' OLED.

I would definitely just rearrange the room for the 4.1M throw distance, then you have ample room to cast a gigantic image. You can do a 125'' screen then.

You can also fit 2 rows of seating, rear speakers if you go that way.

If you can't do that (I can't tell room layout from the picture), an 83'' OLED does look a bit enticing IMO or a temporary switch a PJ with a better throw until you can upgrade the room.

kenshingintoki said:
I would definitely just rearrange the room for the 4.1M throw distance, then you have ample room to cast a gigantic image. You can do a 125'' screen then.

You can also fit 2 rows of seating, rear speakers if you go that way.

If you can't do that (I can't tell room layout from the picture), an 83'' OLED does look a bit enticing IMO or a temporary switch a PJ with a better throw until you can upgrade the room.

Or stick with the JVC.. either way you win.
Click to expand...

Thanks so much for the replies @kenshingintoki you're totally reading the concerns right out of my mind lol, but here's the (extended) dilemma...

Refer back to my attached image in the original post - if i were to leverage the 4.1 throw distance by mounting the projector at the back wall (the one with two windows, one on each side) and putting the projection screen onto the front wall with the door, the dynamics wouldn't be centered and I feel like that would really bug me as time goes on.

What I mean by this is, sure I could align the seats to be centered subject to where the projection screen would go between the door frame and the other end of the wall, but then the positioning of the surround speakers mounted to the walls would mean everyone would hear one side sounding a lot louder/stronger than the other side based on how much closer to that wall they'd be seated.

Same goes for using the wall where the two windows are - but this time, since there's no door and that wall between the windows looks a look more symmetrical, I could have everyone centered for a better viewing and listening experience, but that wall is 3600mm wide, and the width of those two windows is 610mm, meaning I'm left with only 2380mm to fit a fixed projection screen, which equates to 105 inches.

UNLESS - you were referring to me investing in a motorised screen instead which wouldn't have any dependency on the wall behind it, right?

FWIW, I use an automated screen in front of a large floor to ceiling “window” (my P&J’s in the garage on the other side). Works quite well. Thats what I would do.

BTW I also have asymmetrically placed surrounds and it all works well with a bit of Audyssey calibration,
3 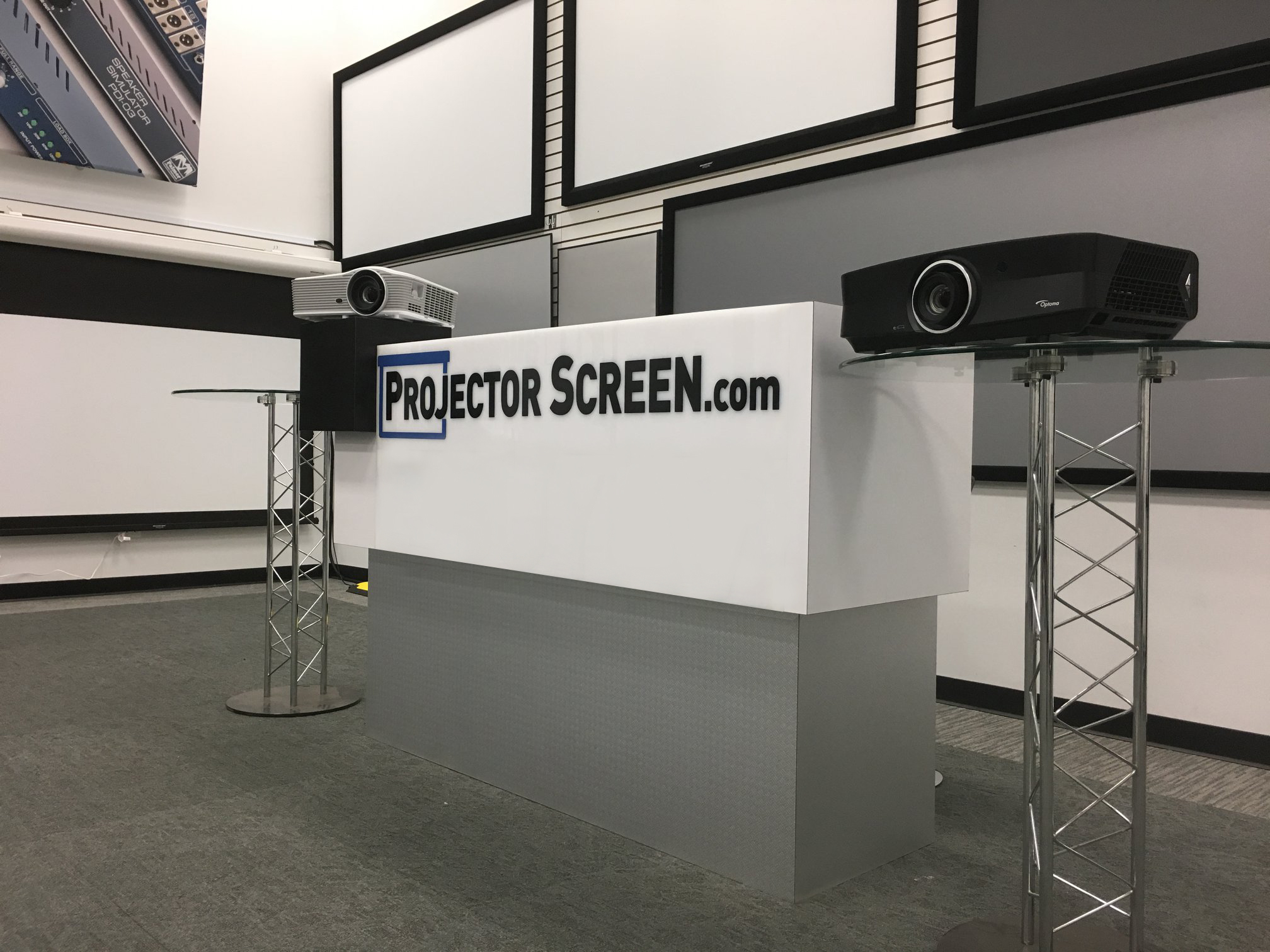 With our free projector screen calculator, you can find the perfect screen size for your needs by calculating viewing distance, aspect ratio, and more. Get started today!

Can you build a sliding door in stead of the one there that opens left to right? We did that in our place for a bathroom.

Slade27 said:
Can you build a sliding door in stead of the one there that opens left to right? We did that in our place for a bathroom.

Well I’ve gotta ask the builder but I’m pretty sure he’ll tell me that in order to get a solidcore door for the theatre room to give better sound insulation and to reduce vibrations, it’ll have to be that way it is now.

Unless I’m wrong? Can you have a solid door for a theatre room as a sliding door?

Also, did you mean put the screen on the left hand wall of the 3.6m width? If so, that’s actually where the builder originally placed the powerpoints and data points to have the screen mounted above, but because of the throw distance of the JVC DLA-N5 I’ve just bought, the biggest screen I’d be able to have is 94 inches, hence why I’ve rearranged the room so we can have a motorised bigger screen down the other end and sit facing that way.
3

Jun 30, 2021
michael1189
M
B
Projector ceiling mount that can angle forwards towards screen