I've just come home from a trip and found that my Optoma HD20 appears to be broken.
When I turned it on, I don't get the usual Optoma logo, but instead unmoving static broken by a black bar. Fan comes on as usual, but no buttons other than power make any visible change. It also doesn't seem to be responding to the remote (even power). 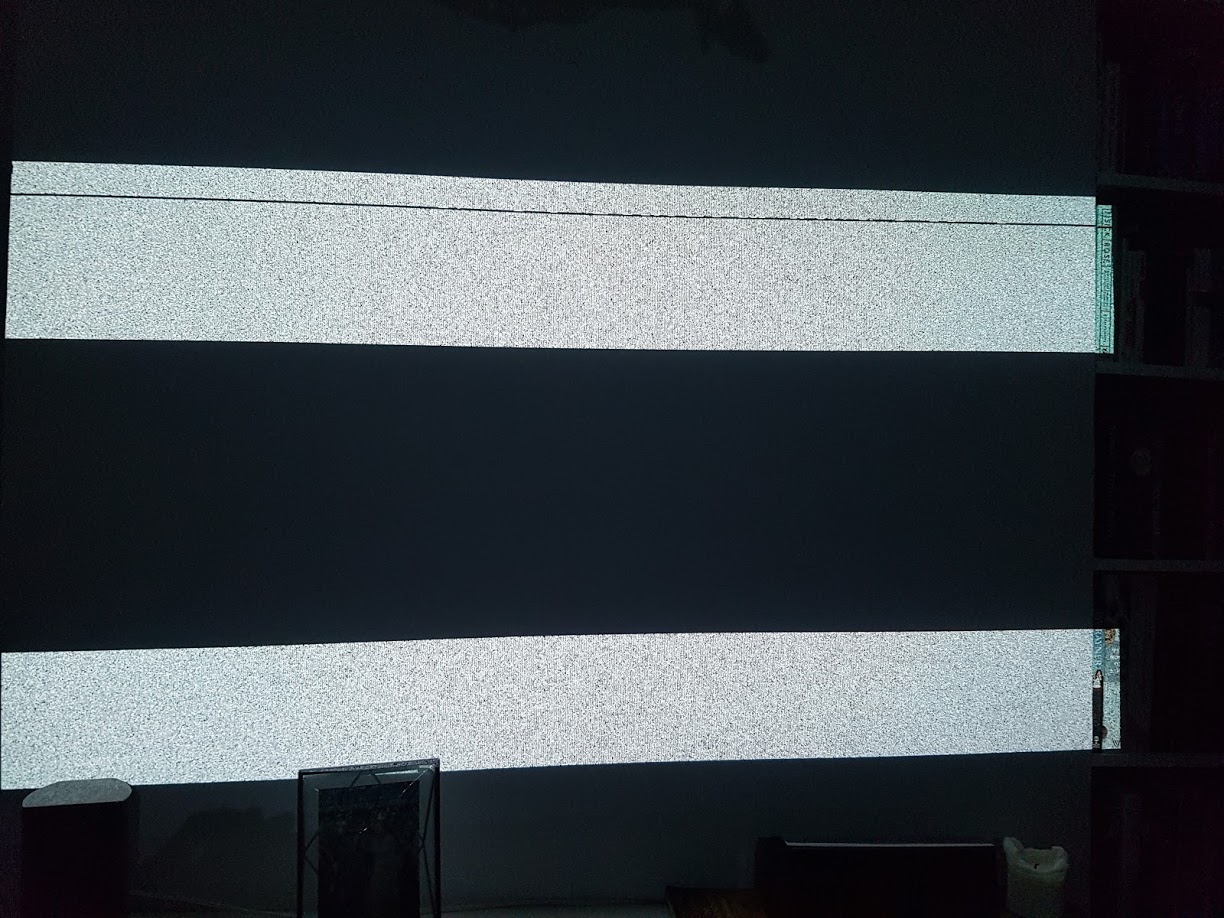 Prepared to replace - it's served me well since 2012 - but interested in what might have broken, and whether it can be repaired?

I had the 'vertical lines' issue a couple of years ago, which went away when I pushed on top of the bulb, I don't know if that's relevant?

I fixed it! I tore it down to below the main board and gave the Dmd/main board socket a good clean with some Servisol (if someone else is following this, I essentially did this) and reseated and it's back to its usual self. And I only damaged one ribbon connector holder and left one spare spacer on reassembly. £500 saved for now.

A good result.
You can stuff LCD. It's high def DLP all the way for me