Is a free bet really gambling?

iqoniq said:
Gambling is being pushed on children via loot boxes. For the uninitiated, a loot box/crate/supply drop/whatever-the-devs-call-it is an item in a game
Click to expand...

I read this far before I realised you weren't referring to an Amazon returns pallet, or a similar 'blind sale' where you 'could' receive an Iphone, or other worthless tatt.

And I'm not that petty that I'd change my signature to dis another mem...Oh wait!

Does that make me a hypocrite?
Click to expand...

No ! Because you can’t lose.

deantown said:
No ! Because you can’t lose.
Click to expand...

You can't lose your original investment, but you're betting on beating the interest rate on other cash savings accounts. Premium bonds often update their 'odds' of an average % return, which will not be guaranteed. But yeah, it's more akin to playing the lottery where you always get your stake back than typical gambling.

I've heard people say they don't gamble but they play the lottery every week.
S

To answer the title of this thread :

The Dark Horse said:
I've heard people say they don't gamble but they play the lottery every week.
Click to expand...

Yep, buying a raffle ticket at the local Church fete is gambling too!

If your housemate is able to pay the rent on time, no one should be harassing them about the way they spend their other cash.
The 'free' gambling is free, because many many people get on the hook & start adding funds.

I used to go across international borders at the weekend & the little casinos at the border would just hand me chips when I walked in.
I was fine winning a little & cashing out or losing ALL the free chips, but a friend went with me once & that dude went from winning 1M Cambodian Riels to losing the same amount, just from a handful of free chips.

In Vietnam (Saigon) they handed me free chips twice, because it was an incredibly slow time of day. I was in there all alone. I walked away with some winnings, but much to their chagrin.

I'm trying to think back to a time when I actually had fun gambling like that, & I could basically win enough to pay for me beer at the footy clubs in Australia, but beer in there is cheap as chips.
LG OLED CX
Samsung Q850T
Sony UBP-X700
Roku Ultra

How about a pension? Is that gambling?

Greg Hook said:
The problem with the free bet deals is that you need to bet many, many times to get the ‘winnings’ back.
Click to expand...

My son used these 'free' bets last summer to make about £600 in a month across various betting sites by betting on both outcomes. He said it did take a few months to get all his money so he didn't need to keep gambling but its not as easy as just collecting your winning after the event has happened.
O

ih8mondays said:
How about a pension? Is that gambling?

Can be, most pension funds will ask you how much risk you are willing to take.

And of course you are gambling about how long you are going to live.
H 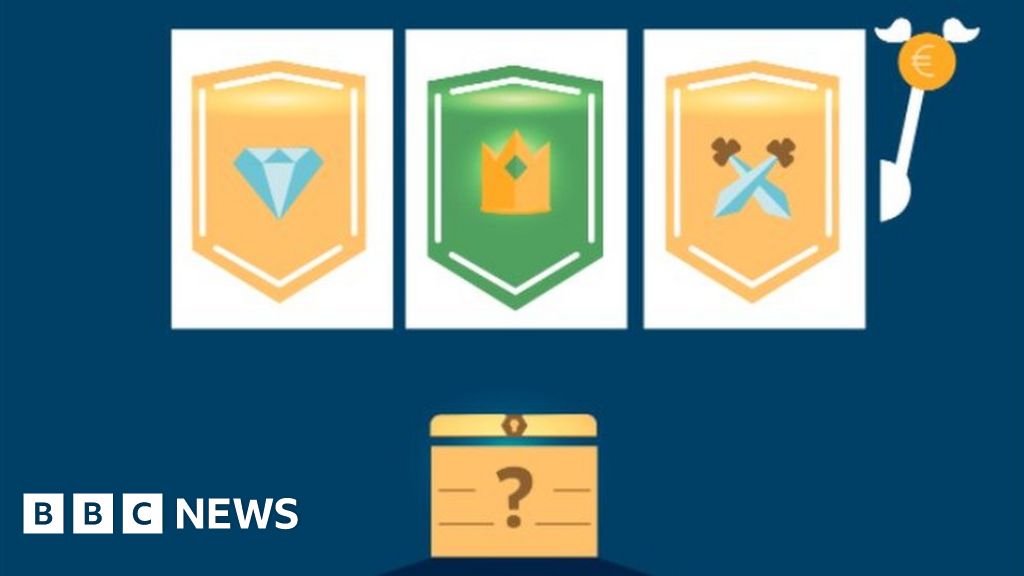 Consumer groups from 18 countries in Europe are calling for governments to clamp down on loot boxes.
www.bbc.co.uk

Toasty said:
Loot boxes are the natural digital evolution of panini stickers and Pokémon cards from back in the day. It's been going on for decades, 5 'random' cards for a quid or whatever is nothing new. Just a captive audience in a new format, which parents absolutely must regulate in the same way they would in a shop with kids pestering them for a pack of cards at the till.

Regards the original question, you may feel good about gambling with the betting companies money, but it feels a bit mean spirited in the context of your housemate. It's like you're having fun on someone elses dime to make a weird point against someone who spends their own money on it..
Click to expand...

I know kids have been exploited for years, with dubious tactics, but video games seem to take it one step further. Panini cards (I was into the Topps Garbage Pail Kids) were in a little box by the till usually, no lights or anything. If you had 20p you bought some if you wanted to. With video games, they're using the same colour schemes and patterns used in gambling machines that are used on adults. Once the kids start getting the buzz, the brain does it's own logic and it starts associating those patterns and colours with the high, and what needs to happen to get it. The vast majority will wake up eventually and realise it's a fools errand, but there's those who'll develop an addiction. They won't even see it as wrong because they've become so used to it, that it's normal behaviour for them.

My housemate and I have pretty much become a platonic couple (both our families have also started to socialise which is weird). She moved in over a decade ago, and we gelled instantly. She no longer pays rent (I'm mortgage free) and we've started splitting bills, co-own dogs, use one another's car, and she has more than her fair of say in what happens in the house. Because I'm also her main carer (she has a chronic condition which restricts her mobility at times) I do need to keep a bit of a heads up, mainly because she'll let it build up, and then when it's out of control I'll find out, and that's something else I'd need to take into account and pretty serious. She was also here when I developed the opioid addiction, and it was partly the amount of crap she (rightly) gave me that helped me to get clean. Even though I'm averse to pills now, she'll still remind me of it occasionally and what a total dick I was on them, and I'm simply throwing it back at her. It's never led to bad feeling, and I don't think we could resist saying something if our lives depended on it.
You got a friend named Mary Jane and she make me feel strange. Now I've got to call out her name...

There are loot boxes in games you don't pay for, is that gambling?
S

I use to do match betting which i never considered gambling. Gave up trying to explain what this is as people where just to blinkered to be just a little bit openminded and try to understand how it worked. Was a good way to earn some money but I dont do it any more.

I have a free £5 bet on my PP account, now I’m just wondering whether to gamble or not!
D

Toasty said:
You can't lose your original investment, but you're betting on beating the interest rate on other cash savings accounts. Premium bonds often update their 'odds' of an average % return, which will not be guaranteed. But yeah, it's more akin to playing the lottery where you always get your stake back than typical gambling.
Click to expand...

Playing the lottery where you always get your stake back? That's novel to me, tell me where!

You aren't really betting that PSBs will beat other forms of investment if your prime concern is capital safety and low risk - that's why most people buy thjem I think. The comparison is with investments offering instant access and their notional interest rate of just under 1% (ignoring the big prizes) compares well with other instant access 'investments', some of which may not be as safe.

The only significant gamble is that the government will go bust and however hard Johnson may try, achieving that will be difficult even for him!
Last edited: Jun 18, 2022

You're literally entered into a prize draw each month lol..
D

That's the fun bit on top, the icing!

Yes indeed, like playing the lottery, but you get your stake back..
You must log in or register to reply here.

Hobbies you picked up by accident...

Children who punish themselves!

S
Is it worth the upgrade to an elite 2 controller?