I'm wanting fast download speed in my house and have been looking at 3's unlimited mobile broadband
but is it really unlimited or is there a monthly cap? ( download and upload ) ?,
had a look through most of T'sC's but can't see anything .
I download games every now and again and can be "upto" 100gb in size ,
along with watching netflix ( don't watch basic TV)
so my usage is quite high ..

I’d be quite a heavy user i.e. stream lots of TV, as does the wife and kids and never had an issue.
I think somewhere in their t&c’s they say there is a 1TB fair usage cap but I’ve read elsewhere that plenty regularly go over it (I’m sure I do as well...never checked) and if this happens often they only check to ensure you aren’t a small business user.

PS - Netflix is on ‘go binge’ so does not go towards any data allowance.
PSN: squareface7

Contact 3 and ask them, but from what I've been reading, there is no monthly cap: 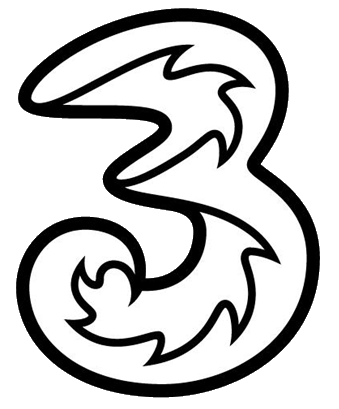 Three offers unlimited data on a range of plans with inclusive roaming, personal hotspot and 5G coverage at no extra cost. Read our review.

Which networks offer unlimited data plans in the UK and do they have any speed or usage restrictions. Find an unlimited data SIM or phone plan at a great price.

Mobile broadband in your house?

Secondly any unlimited contract will undoubtedly be throttled after a certain limit.
'My opinions expressed here do not represent those of the AVForums or its associated websites'.
https://www.avforums.com/pages/trading-rules/

It is .... I’ve been using a Three 4g sim for our house internet for over a year now, according to the router stats we use well over 100gb per month and I’ve never been charged anything more than the sim only price I signed up to.
Last edited: Feb 7, 2020
http://www.flickr.com/photos/severedainjah/

Agreed, my daughter has a Three dongle in her student digs as their landlord supplied internet is terrible.

No doubt there is a "fair usage" policy, but this is aimed more at continual uploaders - video streamers rather than more typical domestic downloaders.

rousetafarian said:
Mobile broadband in your house?
Click to expand...

There are still significant numbers of people in the UK with slow landlines. IIRC even the national figure is still about 1 in 30 houses with sub-superfast. In more rural counties it's as much as 1 in 20 or 1 in 15.

noiseboy72 said:
Agreed, my daughter has a Three dongle in her student digs as their landlord supplied internet is terrible.

No doubt there is a "fair usage" policy, but this is aimed more at continual uploaders - video streamers rather than more typical domestic downloaders.
Click to expand...

I meant throttled as in speed not volume, for clarity
'My opinions expressed here do not represent those of the AVForums or its associated websites'.
https://www.avforums.com/pages/trading-rules/

rousetafarian said:
I meant throttled as in speed not volume, for clarity
Click to expand...

She's not noticed any throttling. She uses Netflix, Prime etc. almost continually and the speed never seems to change.

OK cheers all ,
one other thing , is 3 blocking VPN's ( nordvpn) i use it solely for netflix -USA ( and once in a blue moon for a game that could be had for cheap for else where in the world -Epic , origin, and blizzard game clients )

As for thinking about getting a mobile 4g as my main choice , this is due to getting much fast speeds than i can get through the landline .

The VPN protocol itself is unlikely to be blocked and I think they'd struggle to justify blocking companies offering anonymity services via VPN like that.

And they do have to justify it, the law requires that an ISP does not modify a user's internet traffic without good reason - such as stopping high use affecting other users, or blocking access to sites distributing malware: 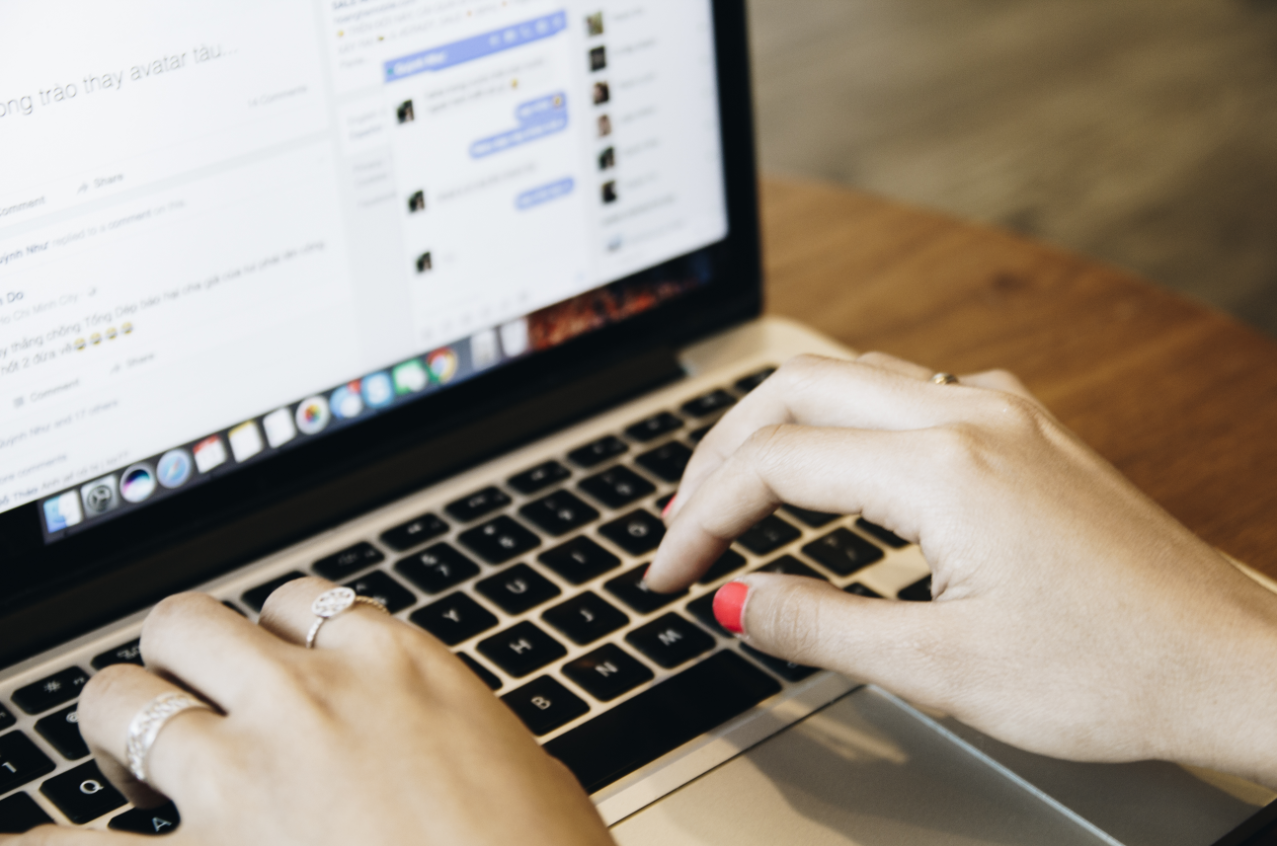 What is net neutrality?

Net neutrality, also known as ‘open internet’, is the principle that you control what you see and do online.

One last question , does anyone know the "cooling off period " with 3 if i buy online ?

thinking i might run 3 for a few weeks , ( but keep my current isp for a bit just in case im not happy with it )...

I don’t use a VPN so can’t comment on that I’m afraid, re cooling off period I imagine it’s 14 days or something - you could always try a 30day sim to test it, and switch to 12/24mth plan to reduce monthly cost once you’re satisfied with it
http://www.flickr.com/photos/severedainjah/

Do you think it's worth signing up to 3 mobile broadband ?
with huawei been in the news so much ! , and seen as they make the routers that 3 uses and possibility that their could be band from the UK ,
is there any point in signing up ?

what would happen if i did , would the routers become useless ?

As far as I'm aware the only discussion over Chinese companies, primarily Huawei, is whether to allow them to supply core network infrastructure. That means the kit bought by mobile phone companies that handles thousands of connections at once.

I did a quick search and couldn't find any mention of a general ban on Huawei.

If you're at all worried you can just go for a sim-only plan and buy your own mobile broadband router.

EndlessWaves said:
If you're at all worried you can just go for a sim-only plan and buy your own mobile broadband router.
Click to expand...

That's not a bad idea
Not that iv really look , but who else makes routers for 4g mobile broadband ?

sykotik said:
That's not a bad idea
Not that iv really look , but who else makes routers for 4g mobile broadband ?
Click to expand...

I have used Three since November 2019 downloading up to 300GB some months but never tested the fabled 1TB limit. Never had a whisper of complaint from Three. I bought a Huawei B525 router from Amazon reseller Livewire and got an unlimited sim only contract from Three rather than signing up to their data service with their supplied router because this way I get unlimited calls as well. The router has an RG11 socket that with an adapter enables a standard DECT wireless phone to be used. I think it's only Huawei routers that have the phone socket, and it's not all of them either. Download speeds vary significantly, 60-80mb/s early mornings and late evenings down to 40mb/s or so at peak times. I don't use Netflix but I regularly stream through my TV from BBC iPlayer and don't get any buffer problems, even with their UHD streams.
Geographic location is everything however, and you may get better or a lot worse.
There have been a couple of service faults but mobile systems have a fair amount of failsafes that a landline doesn't have, if the 4G service drops the router reverts to 3G which is what happened during the fault. If I had lost the nearest tower there's another that will just about get a signal, albeit not very fast. If the router ever broke I can take the sim out and put it in the mobile phone and use hot spot.
If your phone is newish, i.e. cat6 or better, you might not even have to bother with a router at all.

For Three's unlimited 12 month sim-only I pay £18 per month.

BTW, "LTE Inspecteur" is an invaluable program for PC to position the router for best signal, and you can also play around with band selection for best speed.
Last edited: Mar 11, 2020

Re the 1Tb Limit, Not seen any slowing of service here, tend to run at an average of 1.3Tb a month but last couple of months have been up to 2Tb.

Getting an average of 80Mbps Down and 30Mbps up. (Varies a bit up to 110Mbps down fastest and 60Mbps Down slowest)..

But its reliable and I need a good upload as much as I do download so the 30Mbps upload is very welcome.

I do have line of sight to the tower from where I have the router sat (Upstairs Bedroom Window) and use a cheap external Window mounted antenna. The towers is just over 1.5 Miles away,

As with all these things it depends where you are and the load in your particular area on how well its going to work, but I really dont think you are going to run into any capping or slowdown

Its a good run to the Mast..