Spotted this the other day
https://www.amazon.co.uk/dp/B07B9ZK87P/ref=cm_sw_r_cp_awdb_t1_KxffBbG2KH38E

Looks like a decent price and a decent bit of kit. £50 for 4m, you can cut the strip and run 2 separate runs as well.

After a small amount of thought I've ordered one of these to try. Should be here tomorrow, I'll try and post a mini review once I've tried it out.

Look forward to your review.

Whats in the box? 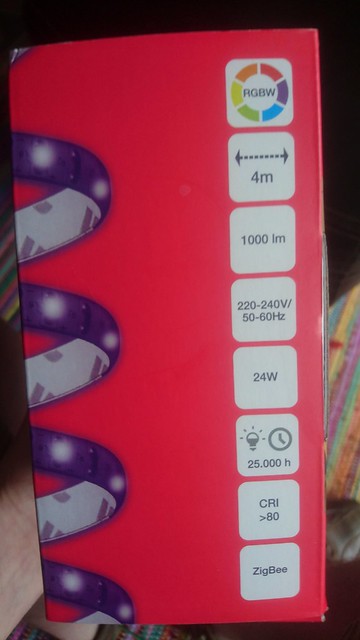 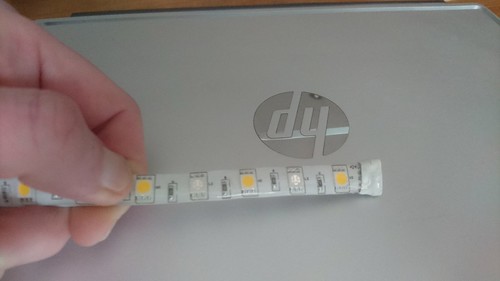 Control box
Connection for power and 2 ports to connect LED strips to, the control box has both tabs for screw mounting and sticky pads to stick it to a suitable surface. The box is 80mm square including the mounting tabs and only 18mm thick 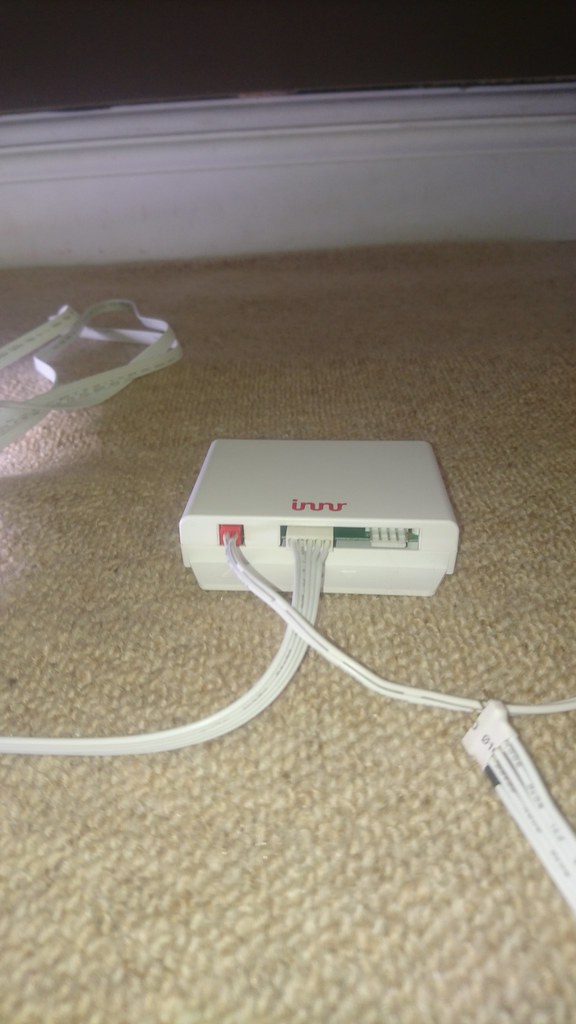 Power adapter
This has a short lead to a male barrel connecter, rated at 24V/1A output 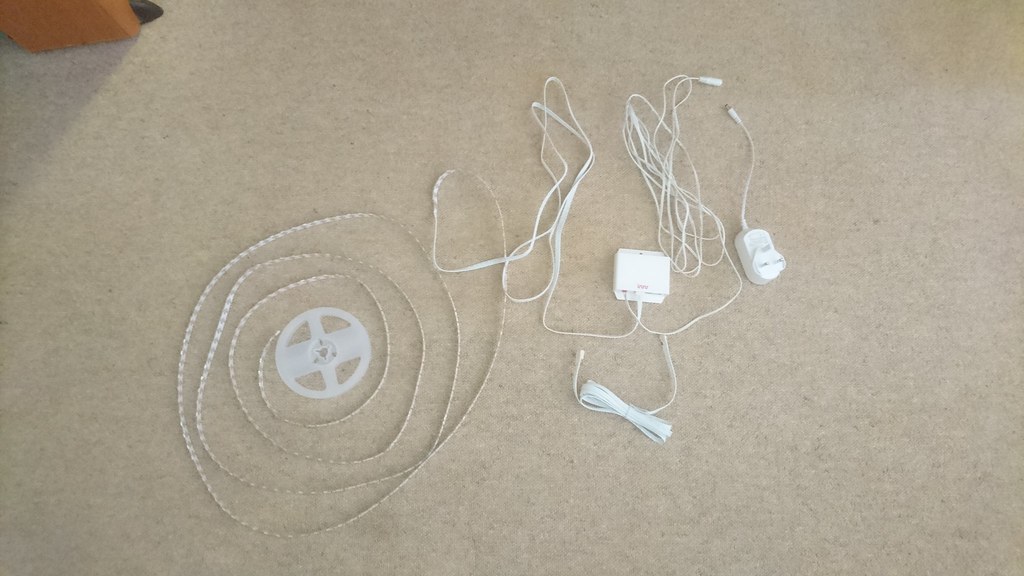 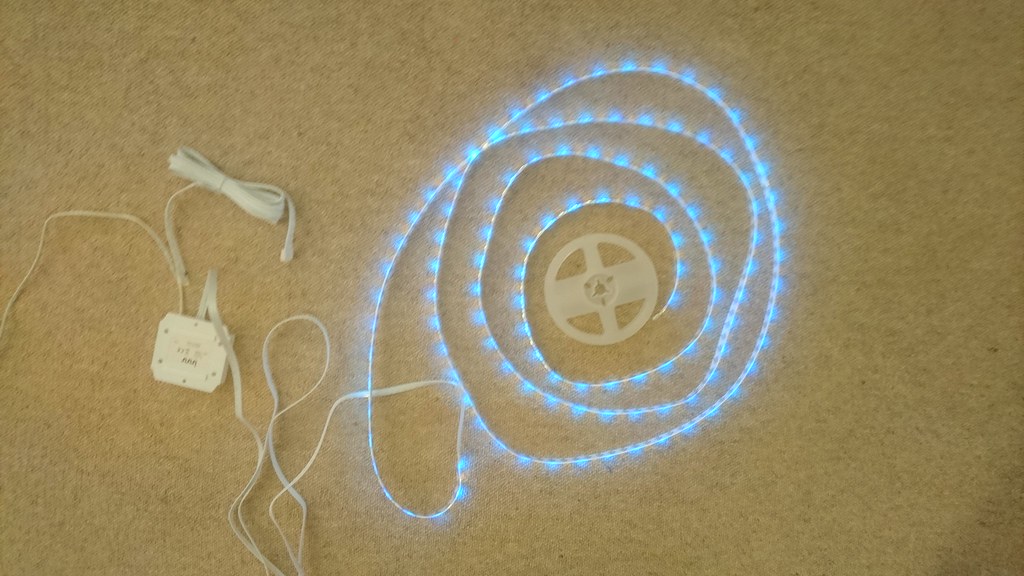 The 4m power cable and 2m LED cables make installation very flexible, this is a big plus compared to the Hue Lightstrip, its very easy to connect the various parts together and the option to run 2 separate strips with individual 2m cables is very handy.

The strip itself is RGBW so 4 channels, the LEDs on the strip are alternate RGB and what appear to be fixed Warmish white LED chips.
The strip is 10mm wide and coated with a dome shaped gel to protect the chips and electronics.
To pair with Hue you need to start a search for new lights before powering on the strips, once paired they operate exactly the same as a Hue strip with both colour and white temperature selection possible, the Hue app shows a lightbulb icon as opposed to the strip icon for the genuine strip 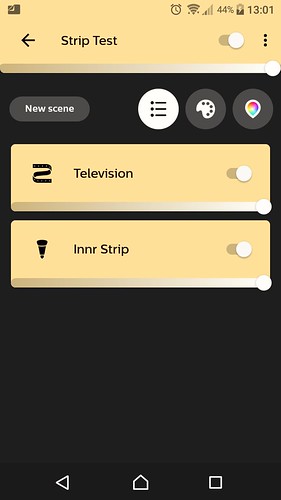 Performance and comparison with Hue lightstrip+

First of all its a given that these 3rd party strips won't work with Hue entertainment, as with other 3rd party lights they will also need extra effort to use with Homekit, neither of these things bother me as I dont use Apple kit and I have other bulbs and a strip if I want to use the Entertainment functionality.

Compared to a Hue Lightstrip+ the Innr Flex has a more basic method of creating white shades, the Innr has a fixed white LED and generates different shades of white by adding in the RGB.

Surprisingly once installed behind something this translates into colours and white shades that match very well visually to a Philips Hue lightstrip. I expected the use only 4 channels to be much more noticeable. The box claims a CRI of greater than 80 which I've no reason to doubt based on my experience.

The Hue lightstrip is noticeably a little bit brighter at 2m, however the Hue would retain the same overall brightness if you added another 2m of extensions. In isolation the Innr is bright enough IMO, unscientifically the Innr was a similar level at 100% as the Hue was at about 85%

I already have a 2m Philips strip behind a wall mounted TV in my kitchen so I temporarily draped the Innr strip next to it for comparison purposes. I would honestly struggle to tell them apart shade wise, both for white and colours. I've no doubt the Philips is superior for colour accuracy but without a way to measure the output the Innr isn't noticeable inferior to my eyes. Very impressed.

I attempted to take some pictures to show the comparison, these are taken on a phone set to manual mode, treat them as a guide only. I grouped the Innr and Hue together so I could set the exact same colour and brightness in the Hue app 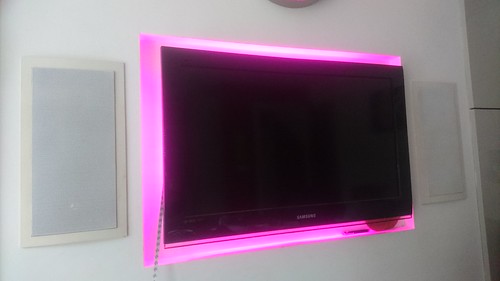 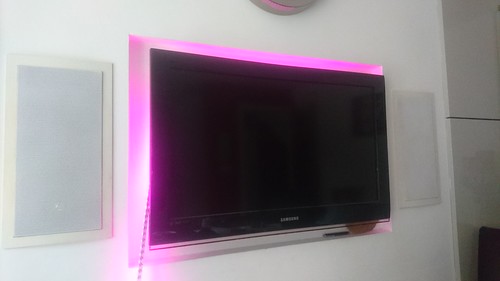 Overall for £50 I think these are a decent buy, 4m of Philips strip could be double the price. Yes there are cheaper options out now but I doubt they work as well as this.
I get the impression that Innr have tried very hard to match the Hue lightstrip, it's certainly close to my eyes. I'm going to repeat the comparison later when it is dark.
Last edited: Jun 6, 2018
Jamie
Zone 1: Marantz SR7010, MS 500THX Speakers, LG 50" Plasma, Pronto pro TSU9400
Zone 2: Denon 3808, Linn Sekrit in-wall speakers, Samsung 32" LCD, Pronto pro TSU9400
BT Youview, PS4, Minix X8-H and a collection of Chromecasts