First voiceover/motion capture audition today for a video game. Re-casting of Cole in the sequel of Infamous. "I'll melt your face." e.g
Click to expand...

Looking forward to the sequel, i voted inFamous my second best PS3 game in the avf thread below

Must have deleted it just like the RFOM 3 Billboard.
#WoodwardOut
D

What have they done to Cole? He looks awful, and sounds worse from the E3 trailer. Put me right off.

stormy said:
What have they done to Cole? He looks awful, and sounds worse from the E3 trailer. Put me right off.
Click to expand...

Make a complaint of the Sucker Punch forum. If enough people register there's a chance they might take notice. I've added to the thread along with a few other first time posters on there.

If the changes remain it's unlikely I'll buy it. 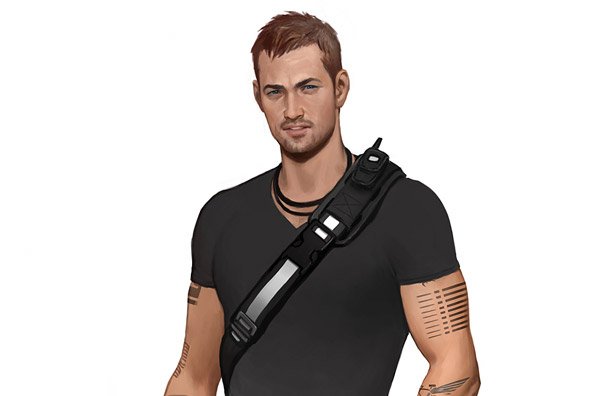 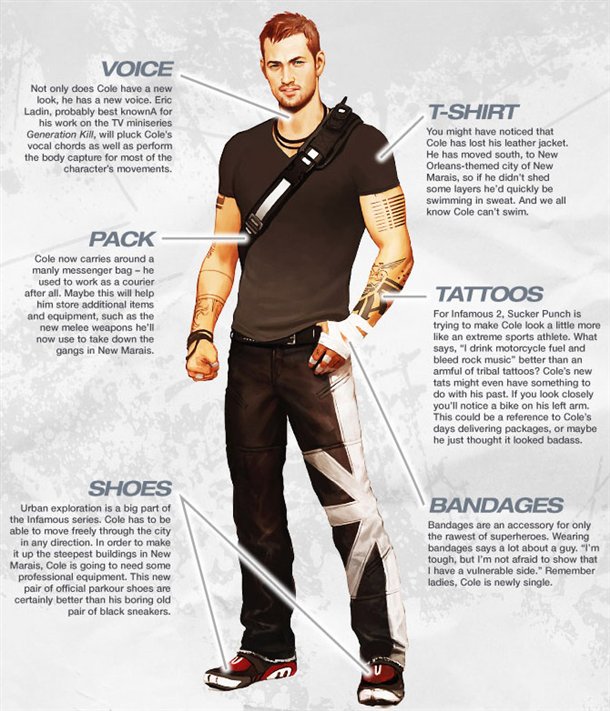 He looks a bit like a Mirror's Edge character.
D

Some HD screens, I must say it does look very pretty.

I like the new cole,what is all the fuss about? Some people need to get out more it is just a game at the end of the day.http://www.avforums.com/forums/images/smilies/rolleyes.gif
S

Yeah I don't get it either. Old Cole was a bit generic I thought. And the complaint picture above is odd, he already has a man bag and shoes.

not a bad thing IMO, in fact as I was playing inf1 I kept thinking this was 3rd person Mirrors Edge. Lots of jumping, and when it's smooth: going from grind to grind, to a burst of rooftop jumping, back to grind, it flows well too. Just a pity it takes late in the game before it flows like this, as earlier it's very broken up with slow climbing up buildings.

The city could have been a bit more interactive and varied, I'd love to see Cole running about GTA4 Liberty City, with more rails etc. And I noticed they reused the exact same buildings over in different places. Still a good enough game I want a sequel.

I just wish they don't have the big shard collection hunt, or say have 400, while you only need 350 for the top trophy. Also playing in the middle morality ground should be viable.
Gaming tag = Stinja

It just screws the continuity for me, they should just have created a new character, end of.
Last edited: Jun 28, 2010

Looks good, but I still cant understand why they have changed the character look so completely from the first one.

I'll almost certainly pick this up. I liked the first one, although I got sidetracked by other games before I completed it.
U

Like others have said I have an issue with the fact that they have changed his appearance and voice. For continuity I would have liked him to stay the same but I will keep an eye on this as I really enjoyed the first one.
LG OLED55C9PLA | Sonos Arc | Sky Q | PlayStation 5 Digital | Nintendo Switch OLED | iPhone 12 Pro | iPad Pro 11 | Apple Watch S7 |
D

Awesome! (Especially since some of the visuals will be reverting to a more old style Cole)
Last edited: Jul 23, 2010
D

New inFamous 2 trailer that was shown at Gamescom.