Originally i tried placing it further back on the base of the TV stand with a couple of rubber wedges raising the front but voices were so obviously coming from below the TV that it was distracting, probably not helped by having to raise the TV on the stand a few inches to fit it in there while tilted up.

@Gasp3621 previously advised pulling it as close to the front of the cabinet as i could when i was deciding which speakers to buy so i've been experimenting this morning and it seems to help a bit, I can still tell where the sound is coming from but not quite as distracting as it was before.

Now i'm stumped what to use to raise the front as it needs to be raised higher than possible with the rubber doorstop wedges due to the read resting on the TV stand base. Any suggestions how to do this? The very front edge is raised 6cm.

I suppose I could buy another stand that would allow me to place the speaker on the wooden cabinet then use the wedges again but would rather not if possible seeing as only just bought the current stand so I could fit a speaker under, the original B8 stand was too low. Arrgh! 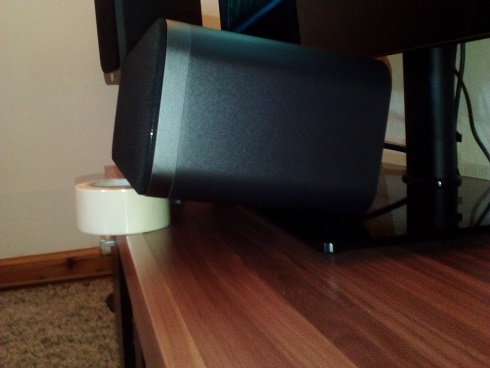 Yeah that might work if i trim some off the back end so they fit between the stand and the edge of the cabinet and stacked 5.5cm should be enough to have it pointed at my face. Do you know if they are firm enough to keep that height once the weight of the speaker is on them?

Yes they are firm enough, I've got a pair under my Arendal Centre S (19kg) and no issues.
"I said hop in"

Thanks, i'll order some now and give them a try.
N

I have my the centre place just above floor level and with the use of quadraspire centre speaker stand i can angle it towards the MLP.

PS they also managed to do mine in white to match all my other stands.
Q Acoustic Concept 20 LCR, B&W M1 rears, Velodyne SPL800i, Denon X2300

I bought these a few months ago to angle up a centre channel speaker...they work well, comes in two pieces, for each speaker, I only used the smaller wedge but it worked well. The foam is firm enough to hold up a large centre channel speaker without losing its shape.
My Home-Hub installation thread New build house - with Home Hub Installation updated with pics

I have one of the sound extra stands in my cupboard if you wanted to buy it off me, used it for a couple of months and then got a new cabinet but the speaker doesn’t fit whilst on top so had to pack it away!
HT: In Progress, Panasonic TX-65FZ952B, Fire Stick 4K, Zidoo Z9S/72TB NAS, PC: Samsung 49" CRG90, i7 3930k/GTX1080Ti.
Gamertag: Furnace Inferno
Steam & Origin ID: Furnace_Inferno
Uplay ID: FurnaceInferno

Thanks folks, if i'm not happy with how the isolation pads sit or look i'll give the SoundXtra a try.

Got around to trying them this morning and they work perfectly. I cut the back end of the thick ones so they fit between the stand base and the edge of the cabinet then added the thinner ones (without cutting the back end off) to add a bit more tilt, left them full length so the rear of the speaker wouldn't be sitting on the glass base of the TV stand but it doesn't touch at the rear anyway as it just balances on the bulk of the foam.

The angle is perfect, points right at my face.

Sorta shows up in the photos that they're 4 separate pieces but in real life they just look like a single piece. 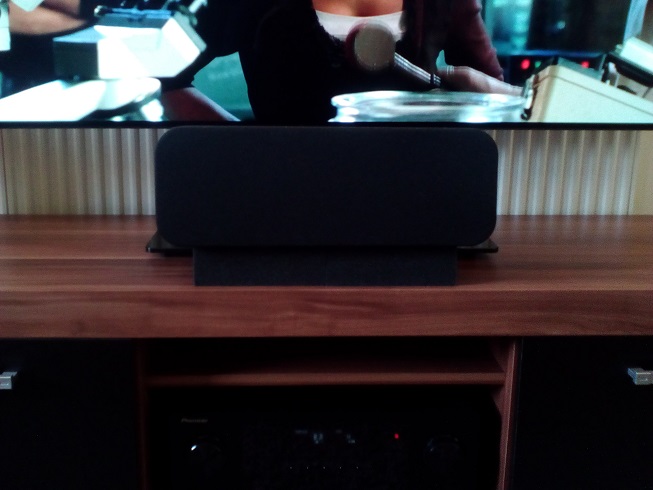 Ignore the radiator behind, it's turned off and getting moved to another wall soon.

Good stuff, thanks for the update.
"I said hop in"
You must log in or register to reply here.