I won a competition!!!

Well, it seems Christmas has come early for me this year!

A couple of months ago, I uploaded some of my pictures from my day watching the British Touring Car Championship @ Brands Hatch onto the HiQ website.

I was more than happy to receive an e-mail yesterday afternoon telling me that one of the images had won a competition to win a new camera!

Here is some of what they had to say about the photo:

"The HiQ fast fit network received hundreds of entries from devoted fans, with a host of images capturing their favourite driver's trials and tribulations around the track.

But there was one shot that stood out to HiQ, which the brand believes conveys all the excitement and anticipation of a day watching one of the world's best motorsport events.

HiQ retail marketing manager Geraldine McGovern said: "We had hundreds of entries to choose from and while the decision was extremely tough, we couldn't see any other winner apart from Phil's once we'd looked through each entry closely.

"We wanted a photo that captured the spirit of the British Touring Car Championship and that is exactly what Phil managed with this shot."

You can read the rest of the article here:

There should be an article up on the Official BTCC website soon as well, so keep your eyes peeled!

Here is the winning shot: 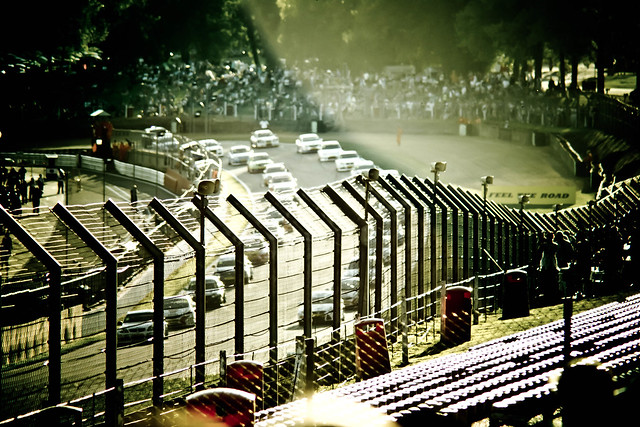 I have no idea what camera it is yet, they just said it is worth £500, will let you know once I receive it! (Hopefully Nikon as that will go with the rest of my gear, but I won't be complaining either way!)

Cool shot, certainly a different style to normal motorsport ones!
Fun it!

Thanks for the kind comments all!

I certainly don't think it's an amazing photo by any means, but as they said in the article it conveys the atmosphere quite nicely.

There were plenty of your usual (and technically brilliant) panning shots entered, which i have nothing against at all, but I stuck that one in as I thought it might catch the eye. Which it obviously did!

The prize is a Sony A35 with kit lens and a 16gb memory card and case!

I loved this shot the first time I saw it. The colouring and lighting is so dramatic.

Congratulations! What body/lens did you use?
The futute belongs to those who believe in the beauty of their dreams.

danjama said:
I loved this shot the first time I saw it. The colouring and lighting is so dramatic.

Congratulations! What body/lens did you use?
Click to expand...

Nice shot indeed (I like the processing too). Well done!

gregww1 said:
Nice shot indeed (I like the processing too). Well done!

One thing did amuse me though...are those rows of empty seats in the foreground? If they are, well, I'm not sure the atmosphere could have been that great!
Click to expand...

Haha! I think they were yes, but they were in front of another stand. I am sure they were not empty earlier in the day, the place was absolutely packed! I took that shot from the Paddock hill grandstand and I only saw a couple of chairs empty.
You must log in or register to reply here.