I really enjoyed What We Do In The Shadows, so hopefully this is as funny

The new film from the director of BOY, EAGLE VS SHARK and WHAT WE DO IN THE SHADOWS, Taika Waititi unleashes HUNT FOR THE WILDERPEOPLE after rave reviews at Sundance 2016

Based on 'Wild Pork and Watercress,' Barry Crump’s book about a juvenile delinquent left in the care of rough yet loving foster parents who live off the wilds of the New Zealand bush. The hunt is on and they are wanted alive. 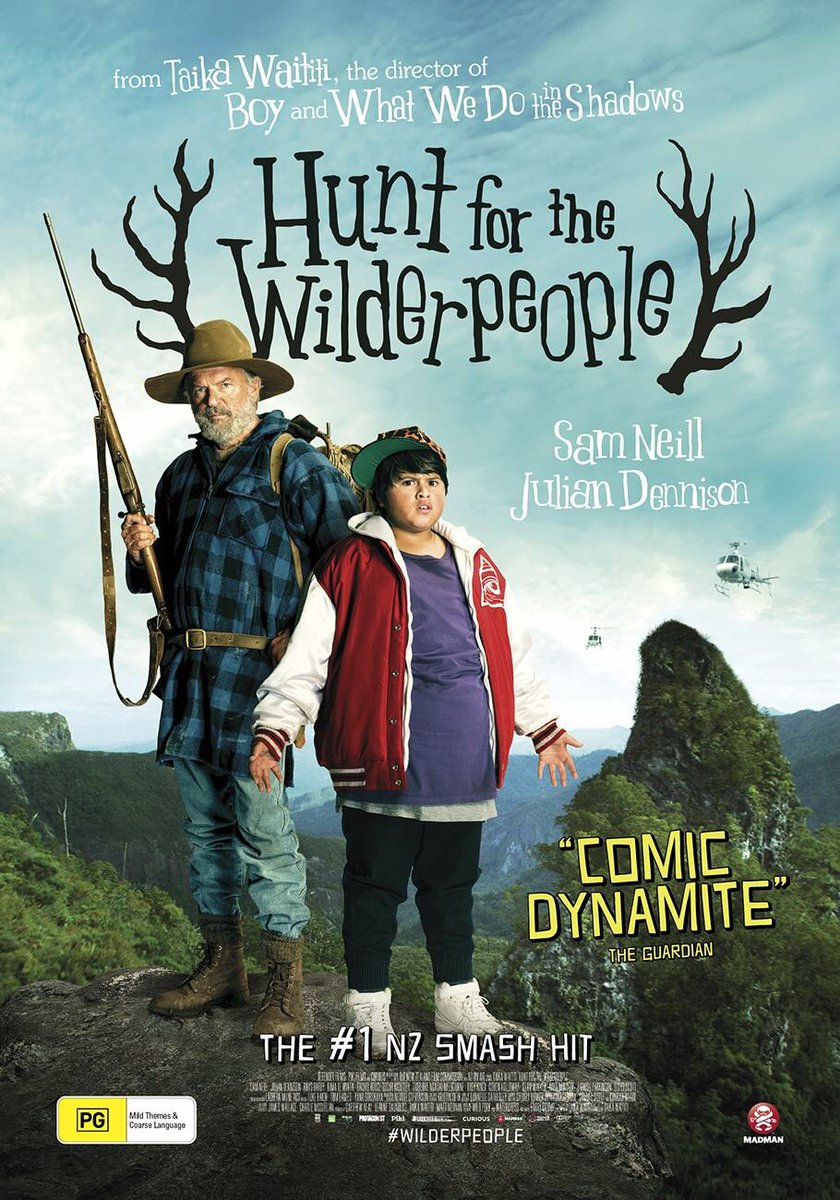 This made the list!
Mezzo 8 Fronts, Mezzo 8 Rears, Mezzo 5 Center, all in storage

Hunt for the Wilderpeople is a prime example of deadpan NZ humour. If you've seen any of writer-director Taika Waititi's previous works, you will know what to expect. Set in the backdrop of the NZ outback, Wilderpeople follows a troubled youth (Julian Dennison) and his nature-wise foster uncle (Sam Neill) on the run from the law under bewildering circumstances. The pair must set aside their differences and learn to work together in order to evade the police and survive the wilderness.

Waititi is a master in comedic timing and has brought out the best from the two leads; Sam Neill especially delivers his most full-on role since Jurassic Park in my opinion. There is a furious mix of comedic situations, adventure, drama and a wealth of homages to similar movies but the soul of the film lies a charming relationship between a boy rejected by society and his foster uncle, who has rejected society.

Visually, Wilderpeople is a beautiful film to watch, utilising wide aerial photography of the lush NZ landscapes. The technical merits equally extend to the sound mix, where the surround effects were emphasised even during scenes with little activity. The film crew really did their utmost to transport the audience to the heart of the NZ outback. This has the potential to be a cracking blu-ray / UHD release.

I enjoyed this one. It's hilarious at times, very entertaining. I found when I wasn't chuckling or having a proper guffaw I was admiring the beauty of the landscape shots. Sam Neill really is good in this. He makes a particularly convincing grumpy old man

I sadly missed this in the cinema but despite only 4 months released in our cinemas, its now on Netflix already...and its wonderful. Heartwarming and so damn funny.

Its almost a live action version of Pixar's Up.

I laughed out loud a few times even though this isnt that sort of comedy. Just the humour spikes so sharply at times I spurt my coffee as I am watching.

The kid is hilarious as a gangster wannabe and Sam Neil is as ever, the reliable rock solid presence he has always been. Only two actors whose presence I tend to feel utterly safe with, Sam Neil and Tom Hanks.

It is a bit silly and ridiculous in parts with hilariously stereotypical "outback" style characters but its part of the charm of the movie.

Its a great adventure film to boot and I love it so much.

I see this becoming a repeat viewing comfort film for me in future. I really regret missing this in the cinema.