Xbox Entertainment and Channel 4 have partnered up for a new English-language eight-episode remake of Swedish sci-fi drama Real Humans, to be called Humans. With production from Kudos (The Hour, Utopia, Broadchurch).

The futuristic tale is set in a world where the latest gadget is an almost human robot called a Synth, which serves as a servant/butler. One family finds their lives turned upside down when their new Synth is holding a dangerous secret.

The series will air in 2015 on Channel 4 in the UK and on XBox in North America. 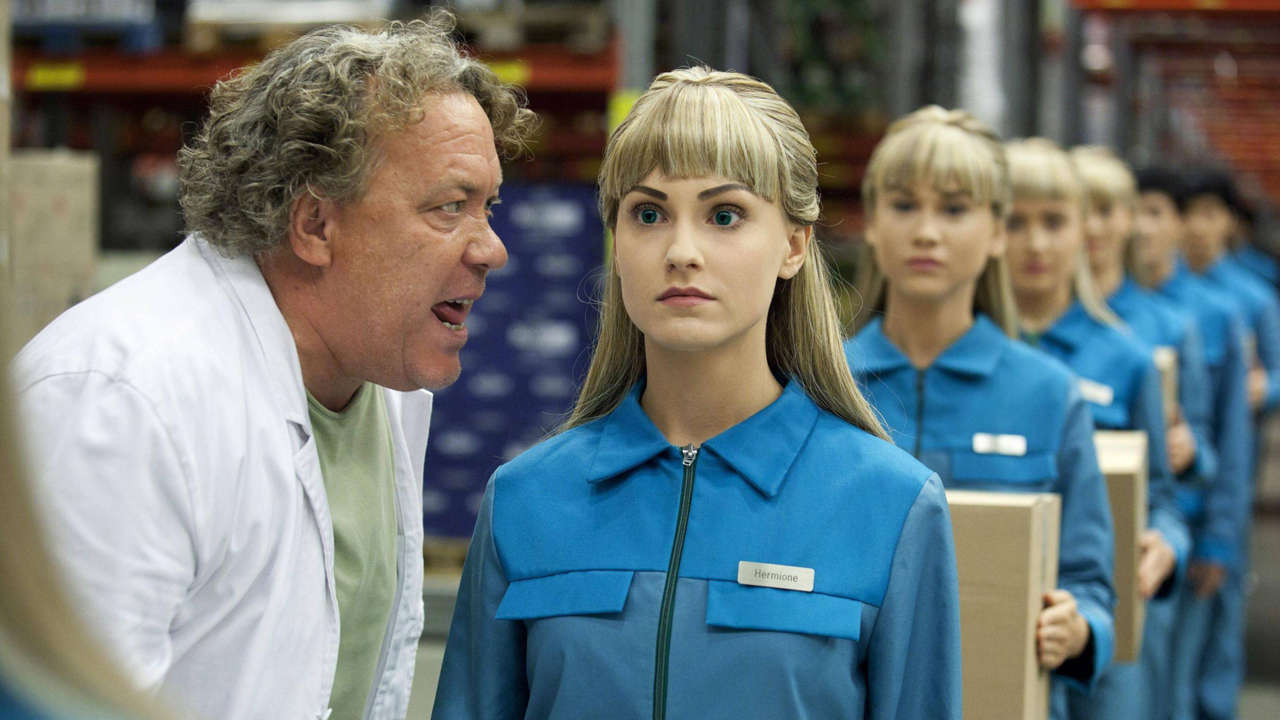 In July 2014 it was reported that Microsoft opted to shut down its original programming studio, Xbox Entertainment Studios, which may be picked up another company, Warner Bros. could be interested.

US airing for HUMANS now picked up by AMC.

Previously Xbox committed to an eight-episode first season for the show, which is being written by the British writing team of Sam Vincent and Jonathan Brackley (Spooks).
M

the original was surprisingly entertaining Katherine Parkinson is genius casting. Looking forward to this.

'Looks good this does', is what Yoda would say.

bootyman81 said:
I saw the advert for the synths and immediately thought I was in some kind of minority report/A.I/I,Robot type future, amazing!
I was intrigued Before but I'm now 100% in to watch this purely for that piece of marketing.
Click to expand...

A few weeks ago a different ad? for this was on tv and my nephew said uncle look you can buy these robots, what is that all about.

I told him it's a viral campaign for a series called Humans, he thought they were real synthetics lol.

Channel 4 have been pushing the publicity for this, had a storefront in Regents Street.
http://www.eventmagazine.co.uk/even...robotic-servants-store/brands/article/1347066

raigraphixs said:
A few weeks ago a different ad? for this was on tv and my nephew said uncle look you can buy these robots, what is that all about.

I told him it's a viral campaign for a series called Humans, he thought they were real synthetics lol.

Channel 4 have been pushing the publicity for this, had a storefront in Regents Street.
Event TV: Channel 4 creates robotic servants store
Click to expand...

Missus said same, "I wonder how much they are" I took a guess and said it'll be a TV show or something

I wondered if they had a store this week. Would have loved to have called in and placed an order.

TV teaser of the year I think and hopefully a great show to follow.

Any idea when it's going to be shown?
JayCee

JayCee said:
Any idea when it's going to be shown?
Click to expand...

Great advert. Worked a treat, the Mrs was asking if we could check out the new store on Regent Street.

No UK air date yet

See the first episode at London's BFI, followed by a Q&A with star Gemma Chan

Will be watching this for sure

Very intrigued with this. Can't wait

I'm not too sure how good this will actually be as the recent trailer doesn't really grab me and I quite like sci-fi shows normally. The plot seems very un-original and has been done to death in films and other shows (synthetic robot is programmed to care for humans but develops "feelings" of it's own and thinks it is a human and then goes bad and attacks the very people it's supposed to protect) and I wasn't too impressed with the glimpse of Katherine Parkinson. While she's a great actress, she does seem to be getting typecast as the neurotic and guarded type, her character seems not too dissimilar to what she played in The Honorable Woman.

I'll give it a go and perhaps I'm being too judgemental based on a very brief trailer but something about it just doesn't make me excited for it.
You must log in or register to reply here.