how reliable is a PS3

I am thinking about buying a PS3 but it will be in an enclosed cabinet that has a few ventilation hole at the back. I currently have a 360 in there and leave it open to let the air circulate as I worry it will break. My question is are ps3's reliable? If I am watching a film I don't want the cabinet open, the unit is can be seen in this pic and the ps3 would be getting the bottom right hand shelf. Also, are they noisy in comparison to the PS3? 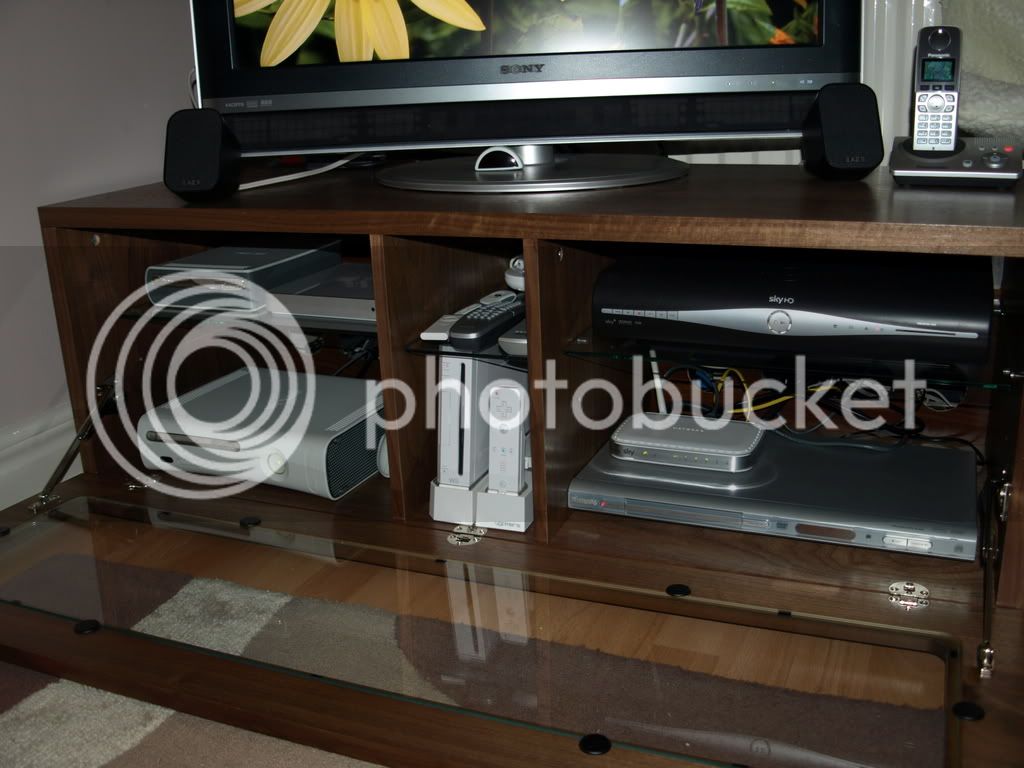 i have had my ps3 since launch and even after being on for 24 hours striaght it still runs perfect , yes it can heat up like any product of its kind but ur a hell of a lot less likely to have it go kaput ! but sony would replace it if it anything did happen

I have the same cabinet as you but the black version. The ABR 1100-B I believe. I keep my PS3 in the bottom right hand section of the cabinet. After while it does tend to get quite hot so I open up the cabinet to cool it down a little. If you are just on the XMB it doesn't get hot.

The PS3 is relaible, much more so than the 360, but I would be careful about keeping anything in a enclosed cabinet, without appropriate ventilation. Its not just the vents at the back, but the airflow around the PS3 and closing the door at the from is likely to restrict it. The best thing about the PS3 is they are much, much quieter than the 360, on the whole, and therefore you don't need to keep the door shut (for noise reasons, at least)
Intel Core i5 2500k - MSI GeForce GTX 780 GAMING 3GB
PS4 - PS Vita - WiiU
PSN - Jack-Deth
Steam & Origin SuperJackDeth
D

My PS3 is the 60gb launch day model and still works perfectly and now I have PlayTV it is turned on all day but bought a addition fan to keep it cool.

I would say the are reliable, and quiet, with good build quality! Certainly better reliability than a 360.

However, I would be concerned with it switched on for a long time in a confined space and surrounded by other equipment.
AV Sony 40W4000, Sony KDL24EX320WU, 2 x PS3 Slim, Onkyo HTX, Synology 106 NAS, Pure One Flow/Evoke 1S/Evoke 2XT
PS3 figoagogo
I

I have the same cabinet as you, and have my PS3 on the shelf where your Sky HD box is. I didn't fit the back panel to help keep things cooler and have never had any problems.

my ps3 sits in a much smaller space than this and is fine, i have literally about 5cm ventilation to it.

left it running for long periods and it's been fine no probs.

i posted a long time ago about crash tests to a ps3, even at over 100 degrees farenheit it was working without a fault for over 48 hours and they couldn't get it to crash.

I've had mine for around a year- and after a couple of months the bluray drive failed so I swapped it out. No problems at all since then. 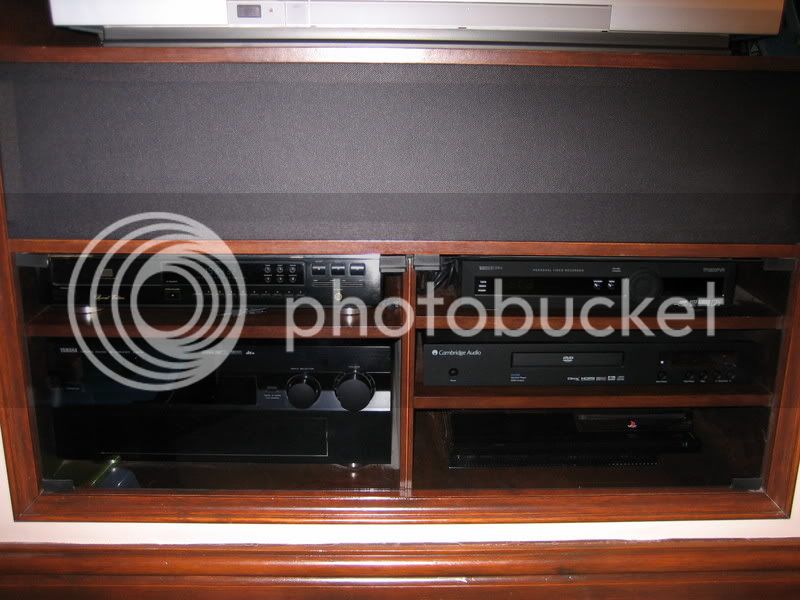 T
Hanging a projector underneath a shelf - am I crazy?

Published Yesterday at 10:05 AM