Homefront: The Revolution has been revealed by developer Crytek UK for a 2015 launch on PC, PS4, Xbox One, Mac and Linux.

“What would you do for your freedom?” That’s what the open world shooter’s tag-line asks.
Homefront: The Revolution takes place in Philadelphia, four years after North Korea claimed America. The city has become a ghetto that is regularly patrolled by soldiers and automated drones, and where civilians live in fear under the oppression of a police state.
Beyond the city lies the ‘badlands,’ a red zone where the seeds of revolution are forming thanks to a guerrilla band of rebels working to overthrow the dictatorship and achieve independence once more. The open world is said to react to your actions as you trigger the new revolution, but as always the Koreans have advanced weaponry and technology. Players will also engage enemy forces in un-scripted gun battles using homebrew weapons.

Bullet points from the release read:

Played the first one on 360, labelled as 'the CoD-Killer'

Pfft. It was poop

I loved the multiplayer on the first one, thought it was brilliant. Look forward to this.

Tim Bisley said:
I loved the multiplayer on the first one, thought it was brilliant. Look forward to this.
Click to expand...

First one on Xbox was great when you got on dedicated servers, pants when on P2P. If the release had loads more dedicated servers and less release month gremlins I really think it would have been an alternative to cod.

After the many bankruptcy rumors now there are reports that Crytek's UK studio has stopped working on Homefront: The Revolution as its employees have not been paid yet. New developments point to more trouble ahead. Over the past two days, Journalists have spoken with four people connected to Crytek's UK studio, which is currently developing Homefront: The Revolution.

According to those people, Crytek's UK staff have still not been paid the full amounts they are owed, and this week, according to two sources, the staff at Crytek's UK office handed in formal grievance letters and went home. 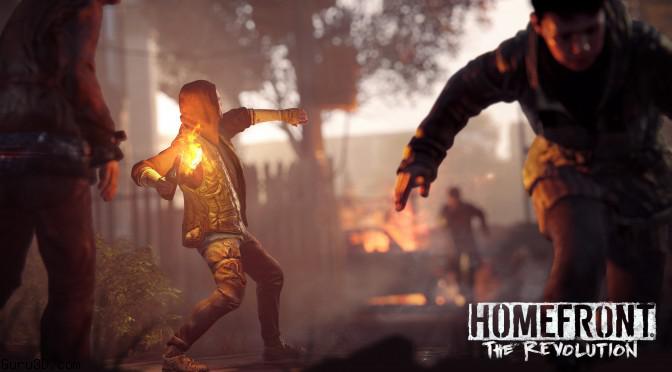 One person familiar with the studio estimates that around 100 people have left, though it's unclear how many people plan to leave permanently and how many would like to stay with Crytek UK, which has been consistently losing staff for the past few months.

Rumor around the studio is that Crytek and Homefront publisher Deep Silver are currently negotiating over what will happen next. Employees at Crytek UK, which is based in Nottingham, are hoping that Deep Silver will purchase the studio and continue funding development of Homefront: The Revolution, according to two people connected to the company.

Crytek only have themselves to blame, chasing the f2p market with a sh*tty fps and sh*tty client. Maybe if they had implemented better security and not turned their back on the PC they would be in a better place. I was told by a friend who worked on c3 the writing was on the wall a while a go.