I have been an avid reader of the forum for many years. Reading and plotting for the day when I build my home cinema. Well this week the day arrived where I finally felt the time was right to get the quality I wanted at a price I was happy to pay.

It all started about 4 years ago when I had a studio built it was never intended to end up as a cinema....

Start of build, this was done by me and a builder friend of mine. Had a great time doing it but laying the floor was a chore.... 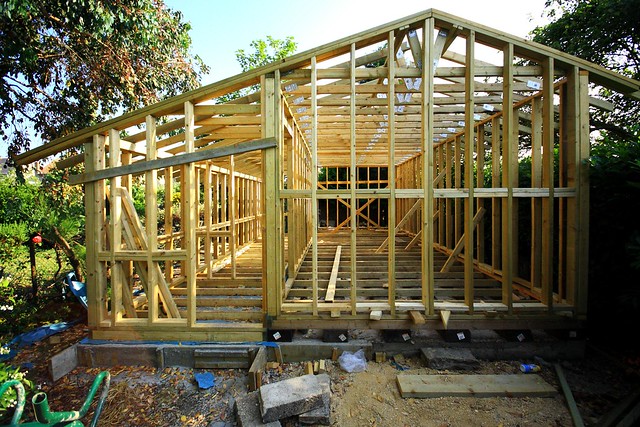 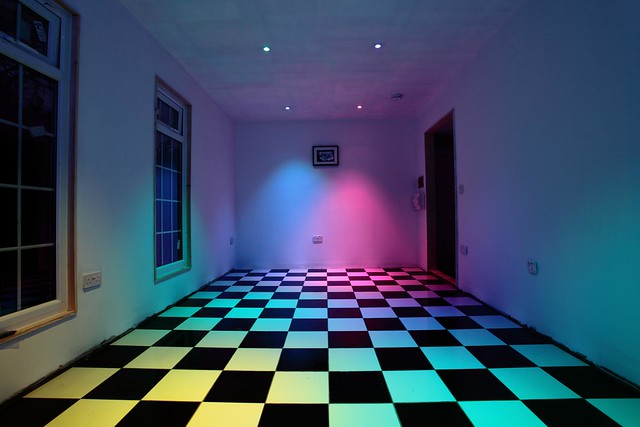 Here it is 4 years later close to being ready for the cinema. As I do film development in the side rooms that you cannot see, the place can be bat cave black with the black out blinds (not shown) 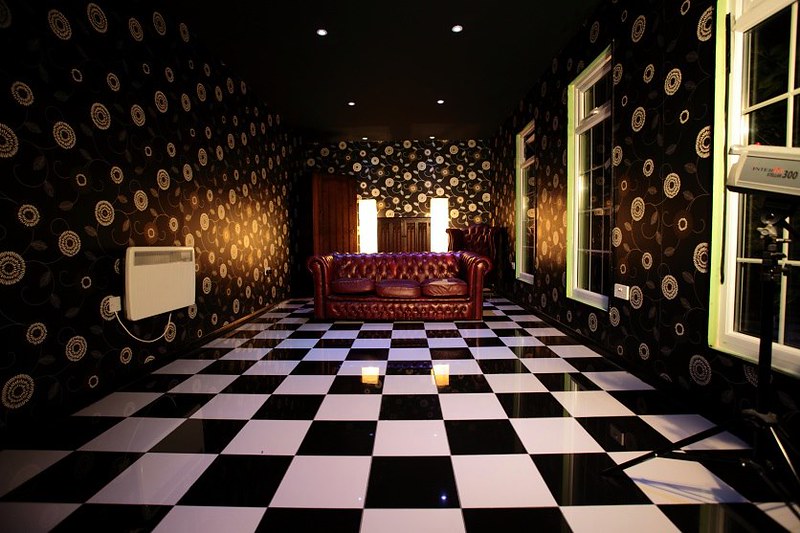 As it was not originally built as a cinema I never planned for cable chasing which is going to be an issue. For now I am tracing the black speakers cables close to the black skirting boards. Eventually I will probably cut a channel at the bottom of the boads, hide the wires underneath then caulk and paint back so it is hidden nicely.
Last edited: Aug 25, 2012

The boxes started to arrive today 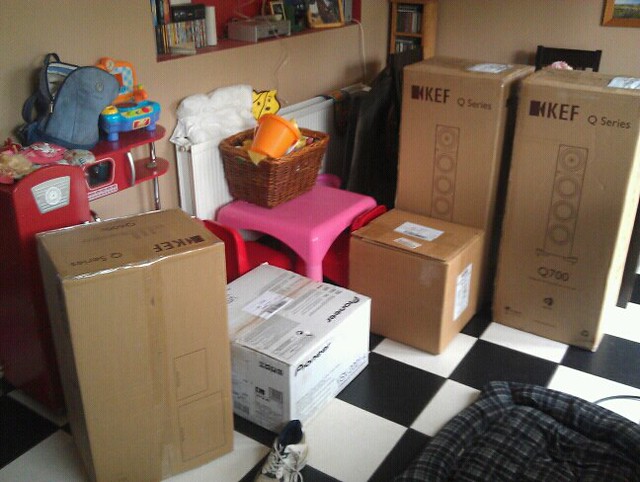 The kit was mostly supplied by AudioT, I grabbed some serious bargains and feel partly bad for profiteering out of one of their branches closing down but at the same time I've saved so much on the build it has meant I have got better kit than if I had stuck to buying new within the budget.

The Tannoys were provided by Richer Sounds and the PJ/Screen by projector point.

With all three shops I have had fantastic service and everything delivered when they said it would be. Tomorrow will tell with the Tannoys but it is bank holiday but PDP seem to be good at getting things on time!

Got the boxes down to the cinema room, had to move everything around just to get them all in... 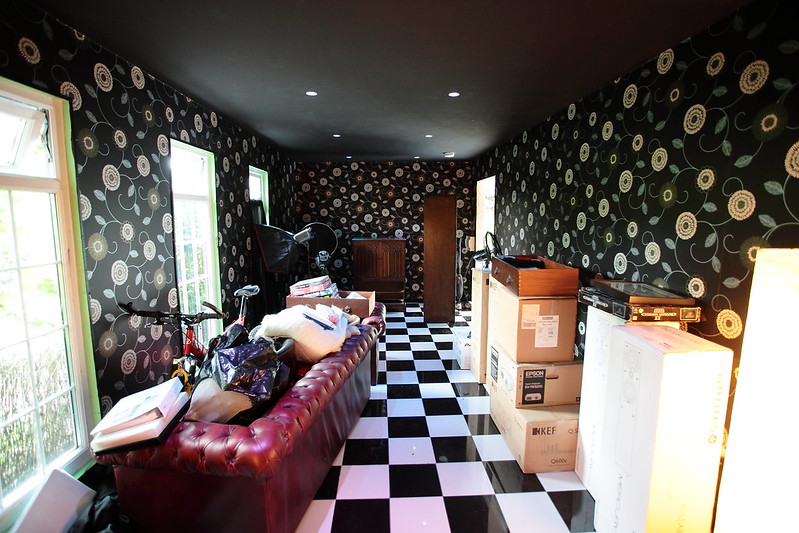 First things first, make sure the projector works. Even in daylight with no blinds up the light is powerful 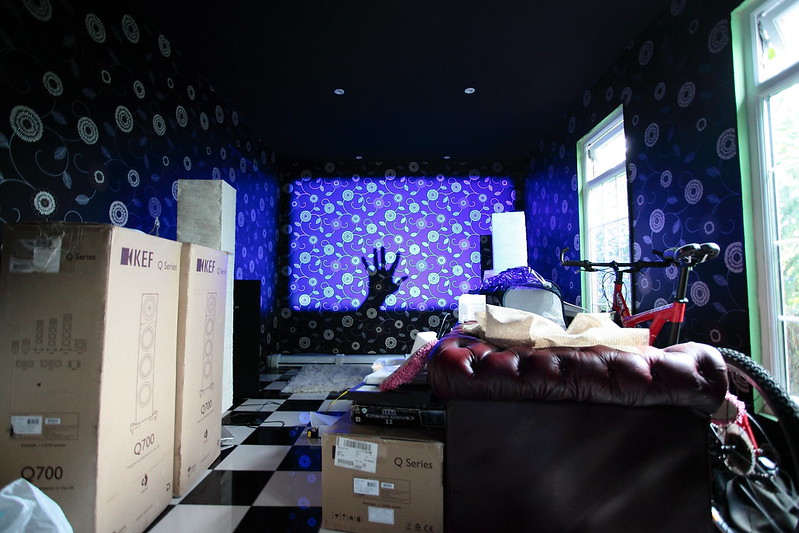 Finally after a lot of trouble we got the screen up 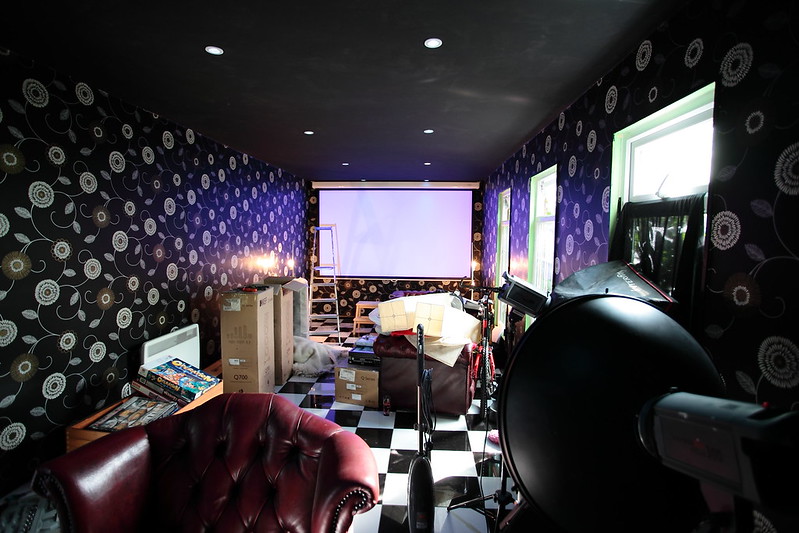 After several hours of installing the screen and tidying up the brother in law gets to do what he loves best, unboxing speakers and setting them up 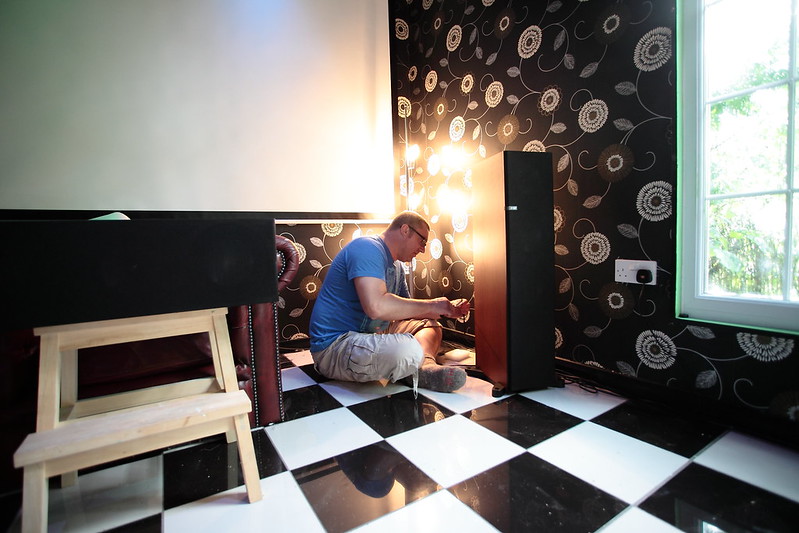 Need to finish off by getting some blinds fitted and also get a dedicated centre stand rather than using the Ikea steps... 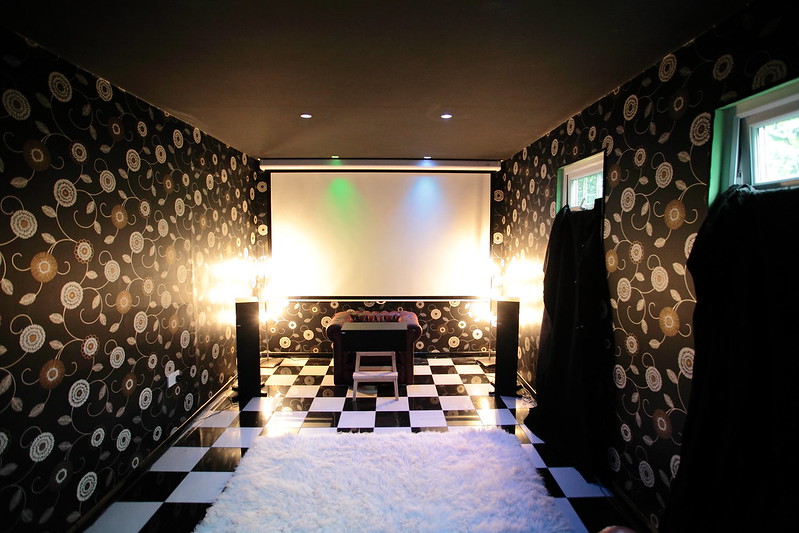