We've been renovating a barn since feb and thought I'd post a couple of pics up.
I dont aim to go crazy on my tv set-up but wanted something decent without going into thousands

Anyways, I went out and bought a samsung 52 inch lcd and a panasonic blue-ray system (3:1 so there are no rear speakers, but we can add wireless ones later) also got the xbox to add onto that and maybe a media pc later in the proceedings

We're having a living/dining room on the upper level, heres a few pics of the room and how its progressed, the tv will be mounted on a.....you guessed it....."groove's floating wall". I know quite few members have done this and I have wanted to do it since the start of the build, thanks for the inspiration

This was after we removed the high level ceilings ready to split the full height into two, we decided on and upstairs downstairs approach so we could have the beams exposed in the living space 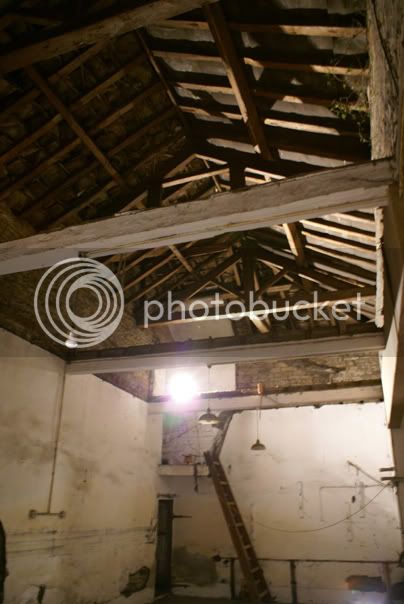 We opened up new windows, one of which was a decent sized arched window mirroring the one next to it 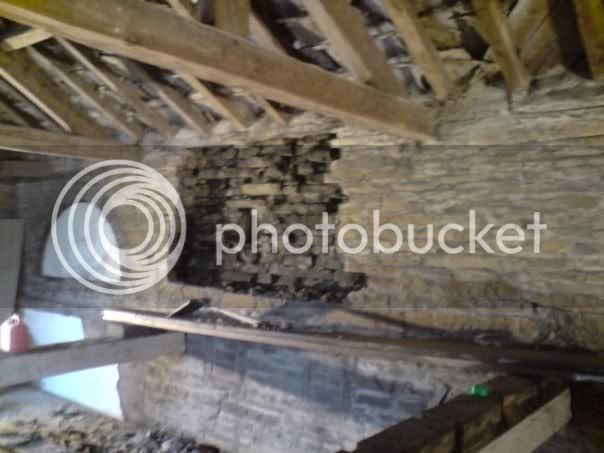 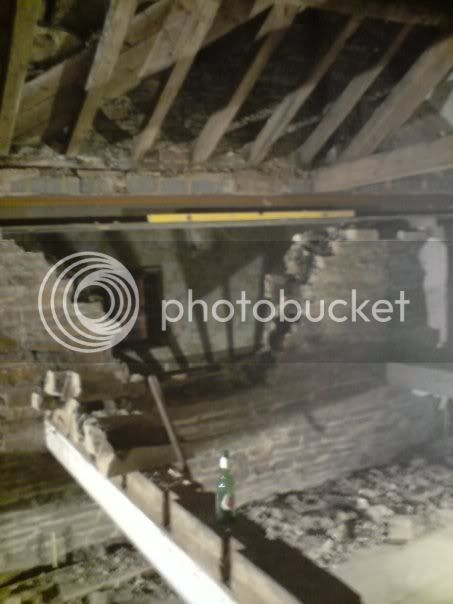 later the hole grew into something larger 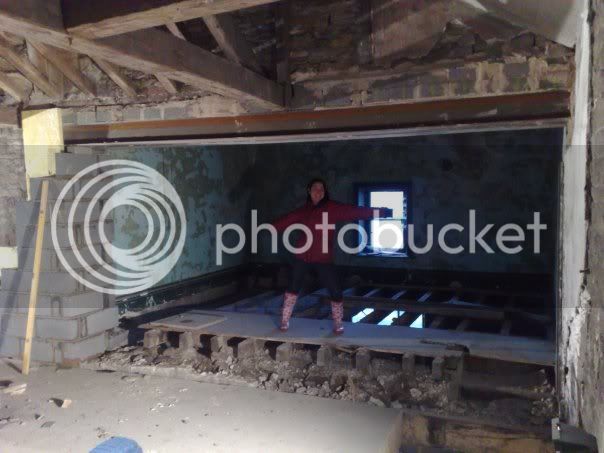 Up went the blockwork, on went the insulation and plasterboards 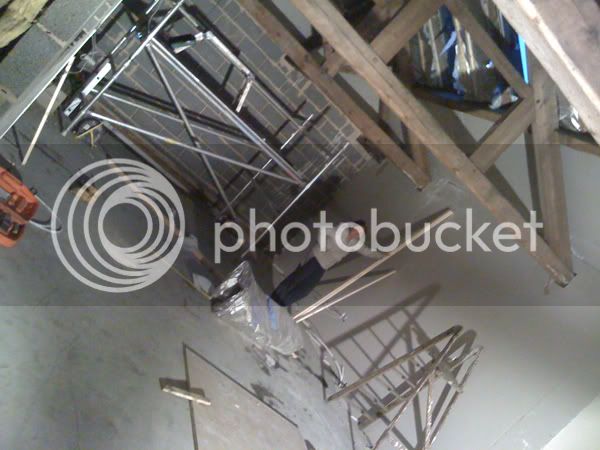 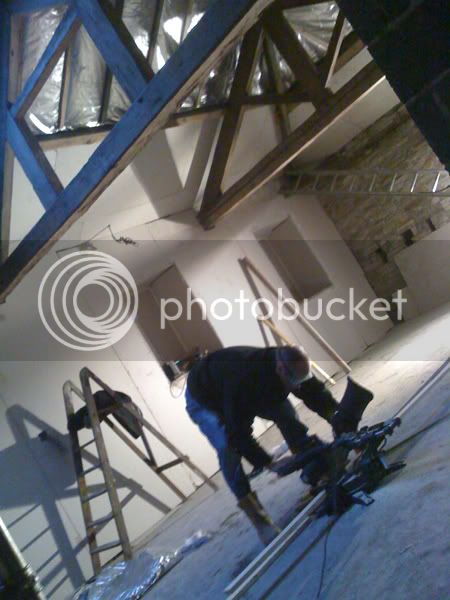 and yesterday I started the framework for the tv wall
Im using the rope lighting and adding spot lighting within the old floor joist holes (all dimmable), hopefully this will look pretty cool and pick out the natural stonework nicely 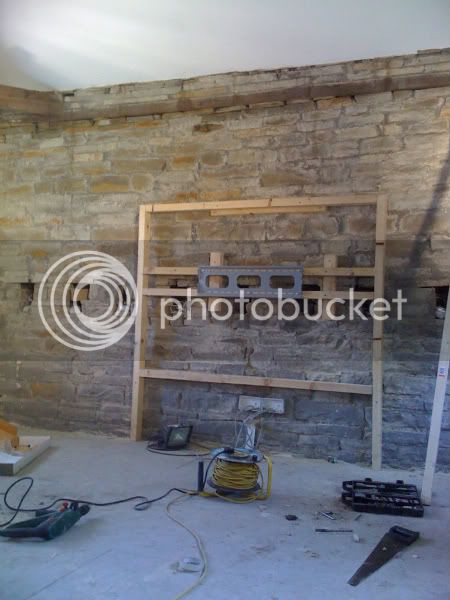 We now have glass in the windows, first coat of paint is on and the kitchen fitter is here
(* disclaimerics taken on the iphone so not brilliant lol) 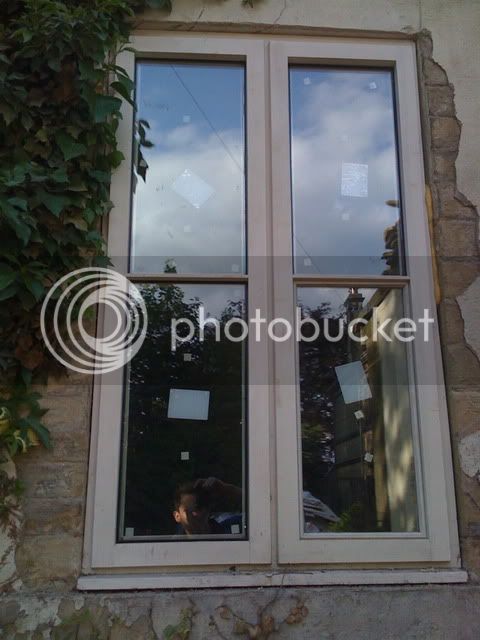 Starters for the TV wall and old arched window to be retained: 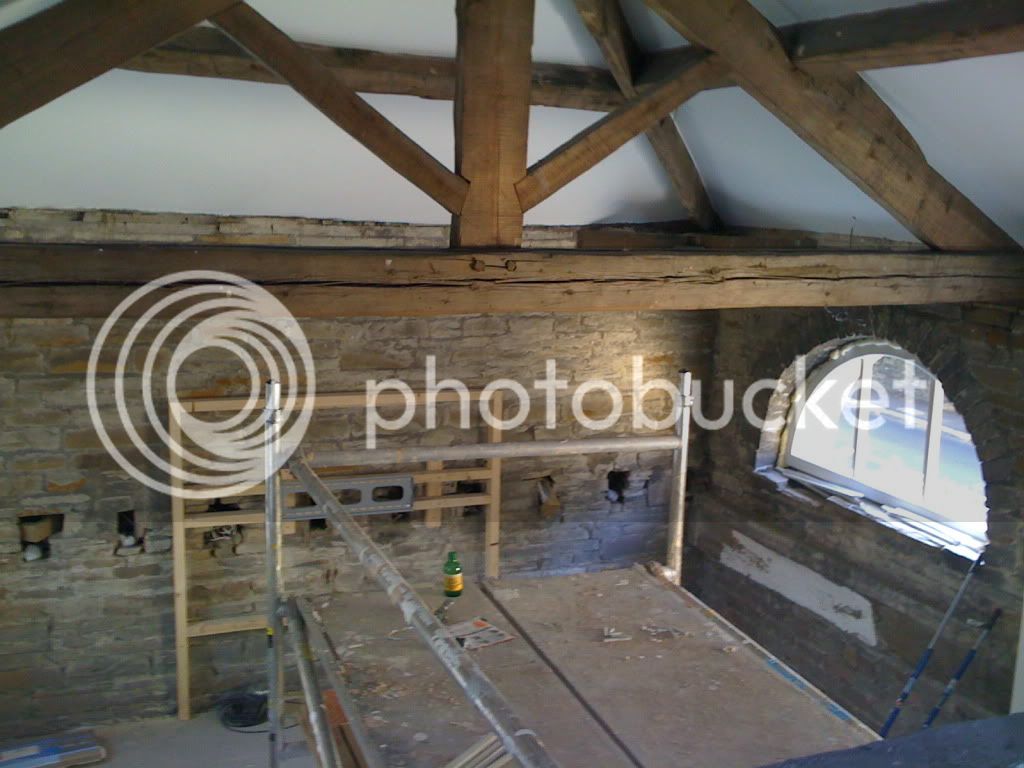 A pano of the living area and start of kitchen from staircase, cant believe how good the beams are for approx 150 years!:

more kitchen shots, should be in by friday 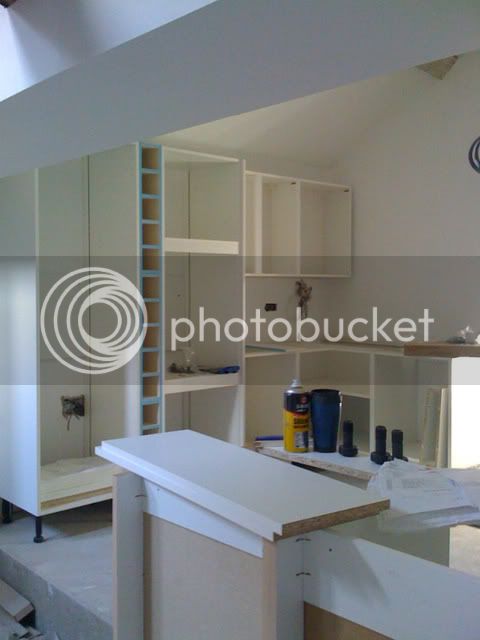 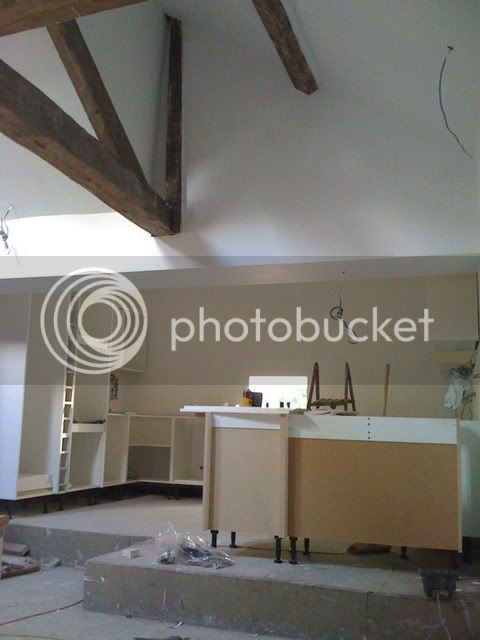 A look back the other way, will be nice once all cleared 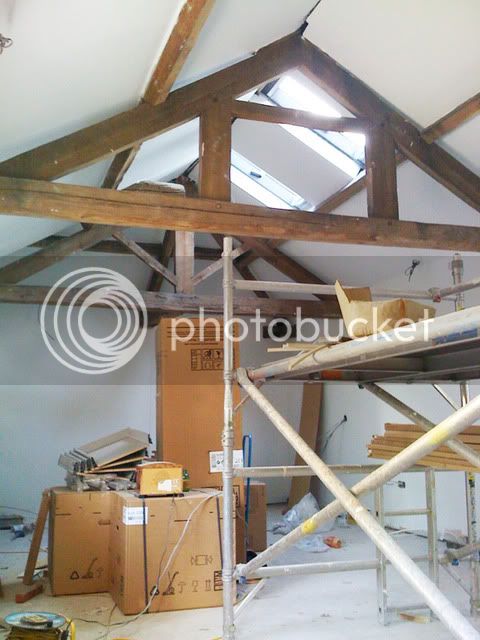 and finally a shot from outside (mucho work to do here!) 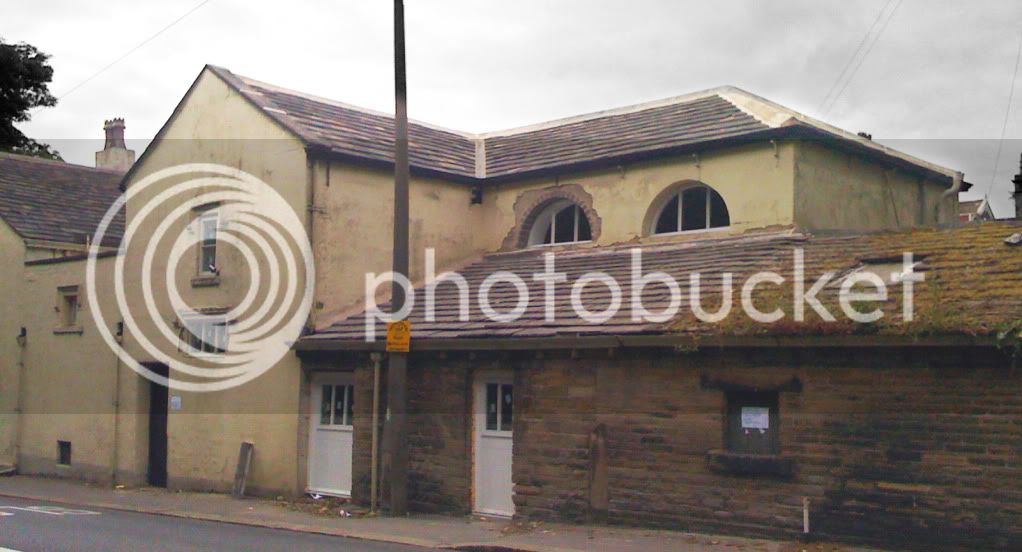 looking forward to this thread.

I have seen lots of barn convertions on the diy house tv shows and i really like the outcome of them, lots of open space inside and everything is new.

looking good so far, should turn out really nice...keep the pictures coming

looks good so far, will be keeping a close eye on this thread!
I see my reflection in the window, but it looks so different, so different than what you see...
D

That place is going to be
P

Looks like it's going to turn out really good.

I'll definatly be follwing this

Fantastic place you have there

Looking forward to the progress pics

That looks like it's going to be fantastic ,is it in the UK ?

Thanks guys will keep them coming

Yeah we're in the UK

Heres a shot from last week at the rear, scaffolding's gone now and glass is in.

And this is an idea of my plans for the garage, mainly for bikes 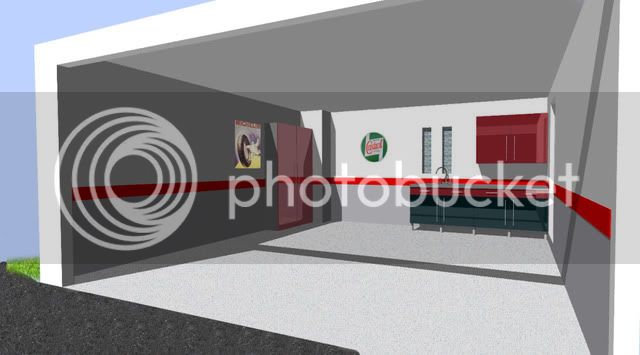 Looks like its gonna turn out to be great!

Lovely space...duno about bikes in the garage though, but you could defo do with a 916 in the main living area

Kept both of mine in the dining room (not together I hasten to add!) cos the 'busa took up the workshop...comments of admiration from blokes and raised eyebrows from women.

Prices vary from area to area and with differing owners, each person has thier estimated value on what they own.
There are a few sites out there such as Barns For Sale Yorkshire that sometimes have possible conversions and rightmove etc.
I bought ours without planning permision as I do this for a living, that said it still took me a year to obtain it!
But if you know someone who can get you through the planning and building regulations etc you stand a better chance of a discount on the initial price of the barn, just adds more work before you can start!
But in my opinion you get the home YOU want, not a compromise restricted by previous owners


As for a ducati on the wall......would be cool but the mrs has already vitoed this, as we watched the grand designs guy : 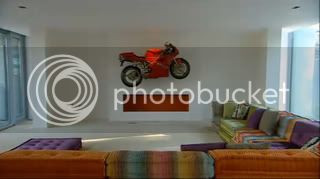 hockfoci said:
As for a ducati on the wall......would be cool but the mrs has already vitoed this, as we watched the grand designs guy :
Click to expand...

Some pics as promised

Battening going on for plasterboarding in the hall 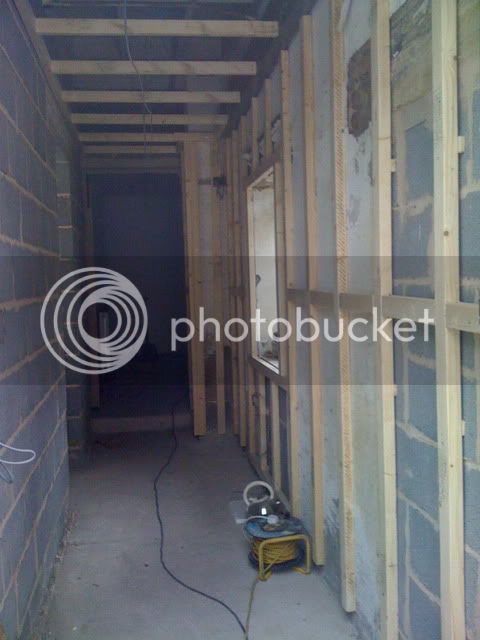 The worktops are now fitted in the kitchen, the pics are from the iphone and its dropping dark so they do them NO JUSTICE but they look fricken AMAZING in the flesh (Emerald pearl granite if anyone would like to know) 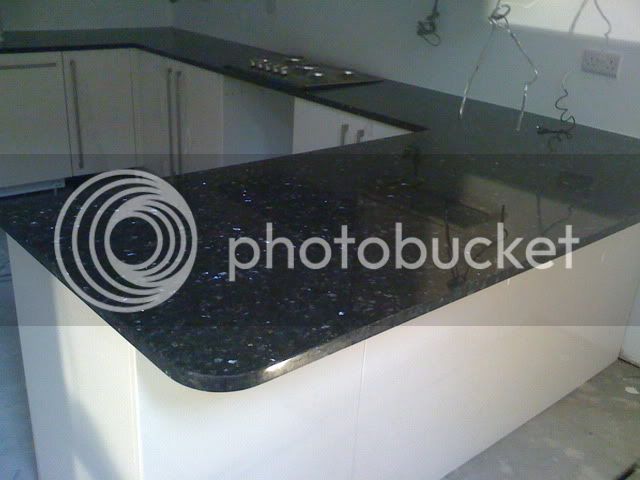 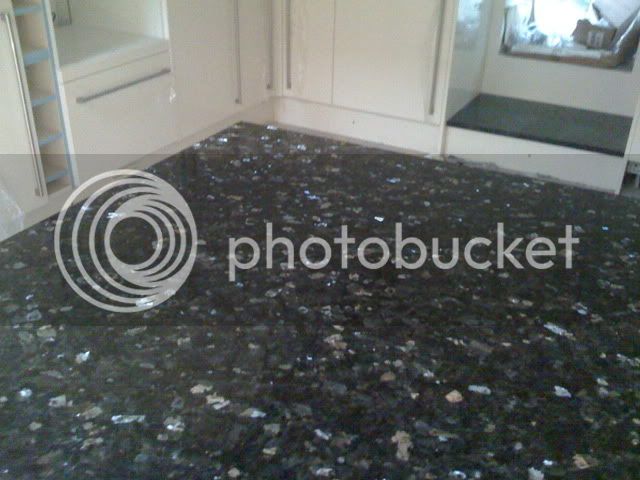 hockfoci said:
As for a ducati on the wall......would be cool but the mrs has already vitoed this, as we watched the grand designs guy :

yes i remember watching that one, and I couldnt decide whether it was utter madness or eccentric genius

well, garage floors has gone down this week Dont know whether I left enough room for the bike though lol 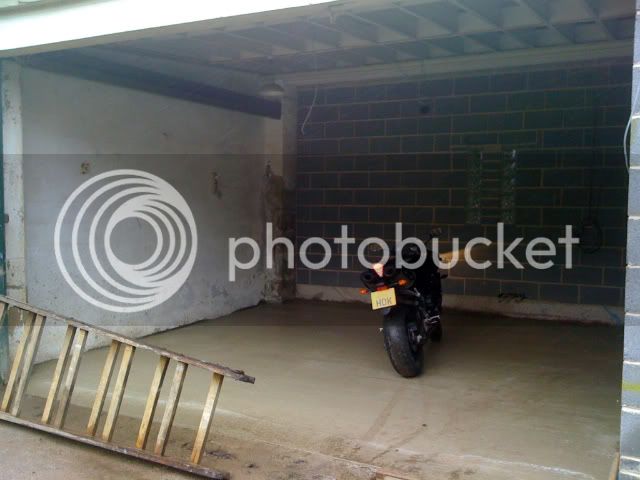 and the lights have gone in downstairs and we have power! almost feels like we're getting somewhere now lol.

Handrail is still to go on the stairs, once flooring goes on. Pipes along the floor are for radiators in case anyones wondering 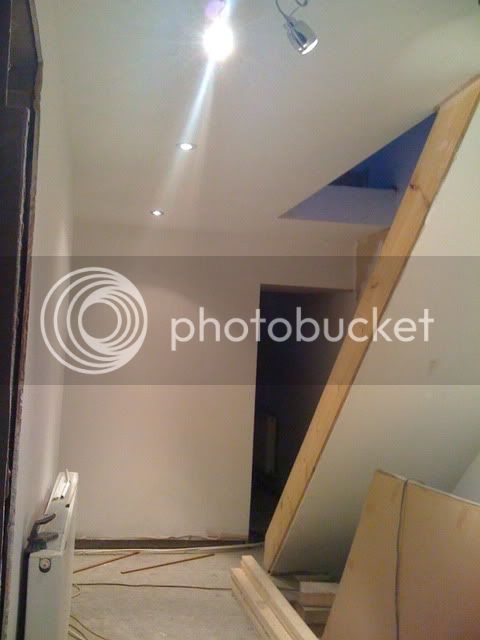 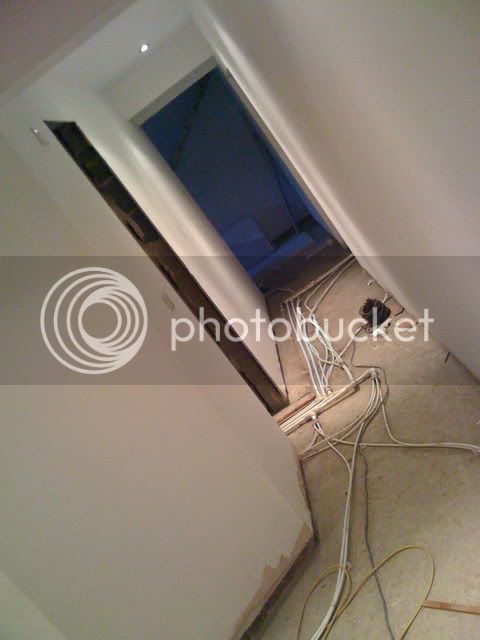 one of our little features, we left the original stone opening within the house, which now forms entrance to bedrooms 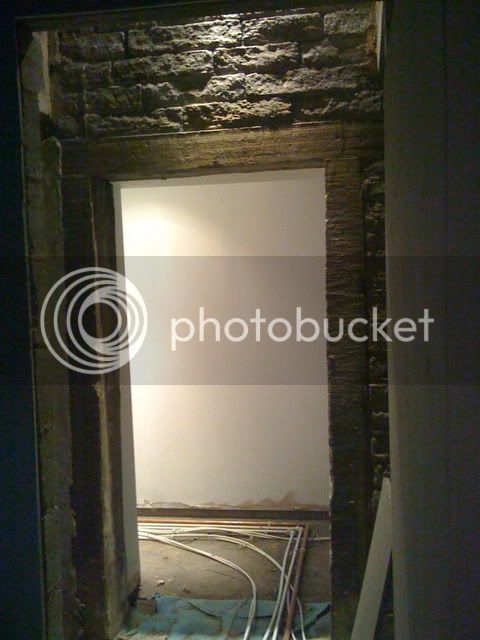 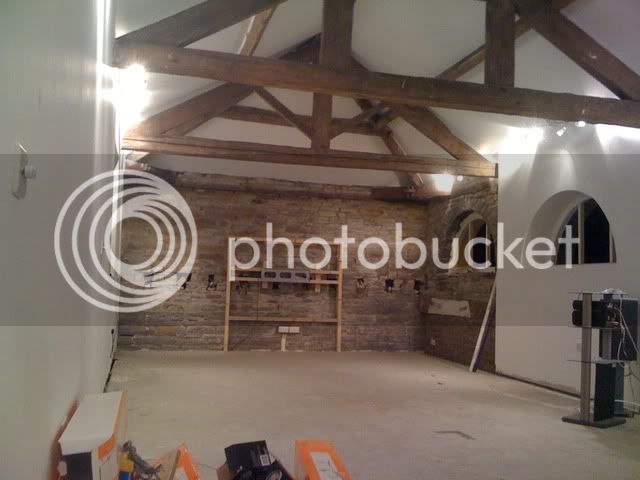 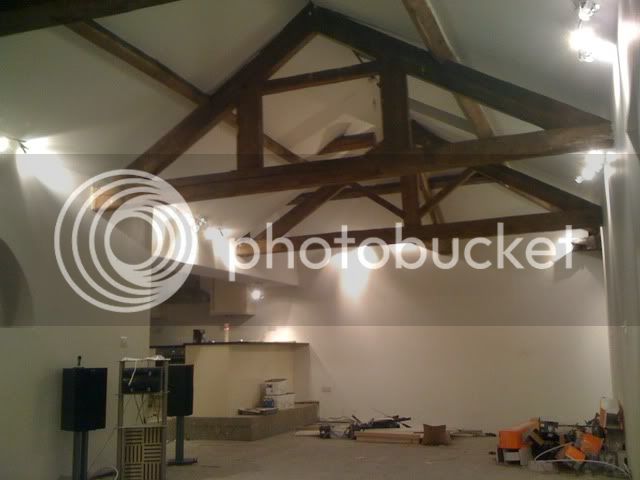 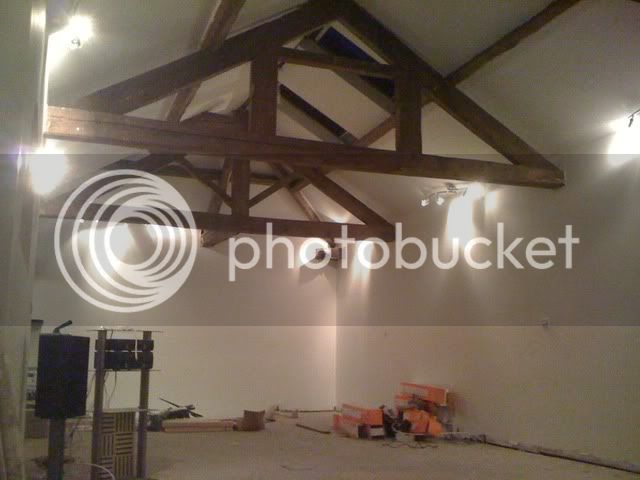 BTW we want to start getting the floor down before getting onto the floating wall so we get the right height, it will get there, eventually, promise lol

My god, if my misses sees this I'm done for...really nice mate, love contrast of clean lines against the exposed stonework...hope you're leaving it like that.