As im seriously considering buying one of these when i get a bit more info, i thought i would start a dedicated thread on what could turn out to be a bargain of a tv.
Please keep discussions ontopic and not a general uled vs oled vs led vs plasma discussion.
Hopefully we will be getting some reviews soon, and as soon as anyone buys one then please enlighten us all as to your impressions.
The only review so far is from a french site, this is a google translation of it

Also if you find any good prices please post link . thanks. Thanks haven't come across those reviews, praise indeed on that 2nd one (translated btw) :-

'What image of beauty! The colors are rich, gradients are beautiful and the dynamics of the stunning picture! It is the same for the depth of the blacks whose density is simply staggering. To be totally honest, we had never tested a TV LED with a powerful contrast! And if the homogeneity of the slab is not free from traces of very slight Clouding, once the Local Dimming activated, it becomes perfect, the Clouding totally disappears to make room for a picture with a joyful contrast ! To be precise, we measured sequential contrast to about 10,000: 1 with a black to 0.012 cd / m², which is a very impressive figure and especially a unique LED TV! Even better, add to this that most of the time, visually, the contrast seems even more powerful than the measures. On some scenes, it appears with an infinite black abyss! There is no doubt, this TV is for fans dedicated room, for those who like to immerse themselves in the dark to watch their films. Best of all, the TV comes to providing intense bright peaks, even in dark scenes, while retaining a nice depth in black. With film Sunshine for instance, the scenes in space had never seemed as impressive! Enjoy the icy depths of space while being dazzled by the light power reactors spacecraft is a new experience on a LED TV'

'Apart from that, this television offers a spectacular picture quality of a surgical precision and perfectly smooth, rich color matching and a very immersive 3D, in addition to the most powerful contrast that we have ever seen on a LED TV. Although you should be wary of our visual memory (image appears before our eyes always higher than that of competitors absent), the Hisense 65XT910 once perfectly tuned has certainly offered us the best picture ever seen before on a LED TV. And that is why, despite some weak points identified (including a tedious calibration which repel more than one), we assign him full marks. Frankly, for a first down on our territory, how not congratulate Hisense who was able to surprise us with a technology that has existed for several years yet. One word is required, bravo!'

Yes that stand angle is weird, i just hope it is adjustable or maybe it would be possible to put someething under the legs. Otherwise it would be a deal breaker for me.

If you look at the Amazon listing you get a pretty good image of the back and you can see that the back legs are bolted on and not adjustable. I've been trying to think what I could use to prop it up a little but I think it would be a little precarious as the surface area of the legs is pretty small.
Z

It really is a ridiculous thing to do I mean surely they must have realised it's going to be an issue for potential buyers (unless they're planning on wall mounting like me) and to go to all that effort producing what is seemingly a ground breaking LED TV and then put it on a frankly stupidly designed stand is quite bizarre really.
Sony KD-77AG9 Master Series 4k OLED TV

samsungderby said:
Yes that stand angle is weird, i just hope it is adjustable or maybe it would be possible to put someething under the legs. Otherwise it would be a deal breaker for me.

Actually i have just looked at it again from an engineering prospective ,i think it has to lean back or it would fall over (or at best be very unstable)
Click to expand...

it's the same thing at Panasonic cx802.

Is there a reason for it i.e. can the tilt be justified in terms of improved performance in any way shape or form?
Sony KD-77AG9 Master Series 4k OLED TV

I thought I had a low stand at 48cm. The fact it's not adjustable is the problem when they put a tilt on it. My js9000 had a tilt and that was fine but judging by the pictures the Hisense looks a lot more pronounced. WIll wait for reviews which I'm sure will address it.
D

With the introduction of TV stands that need to fit the width of the unit, many people will need to get a new stand anyway (or wall mount) for such a large TV.

The trend with new TV units that are particularly wide seems to be that they are quite low.

I'd personally either wall mount or put two of these together; they would be the perfect height:

I've recently bought a new stand to house my 65js9000 that I've now returned. I'm hoping that it will be low enough for this as when the Amazon stock comes back in I'll almost certainly take a punt. Under £2k is a relative steal and Amazon's return policy is even more straightforward than JL. And I certainly have no qualms about using it, Amazon can afford it.
Z

BrightonChris said:
I've recently bought a new stand to house my 65js9000 that I've now returned. I'm hoping that it will be low enough for this as when the Amazon stock comes back in I'll almost certainly take a punt. Under £2k is a relative steal and Amazon's return policy is even more straightforward than JL. And I certainly have no qualms about using it, Amazon can afford it.
Click to expand...

I guess you're paying an extra £300 for the extended warranty. I have never used a warranty for any product I've ever owned, if it lasts 2 years it'll probably keep going. (Obviously tempting fate here).

If Chelsea win the league this season I'll buy you an OLED.

Anyone near Crampton and Moore wanna go have a look at this and report back, I assume the Sheffield store has it on display now and Doncaster said they'd have it on demo from tomorrow. Even better how about someone buys one and posts loads of pics and a review on here, go on someone must want this apart from me who's already got a JS9000 and therefore less incentive to be a guinea pig
Sony KD-77AG9 Master Series 4k OLED TV

The problem i have is that my tv unit is quite tall (65cm), and for logistical reasons has to be, if it were any lower i couldnt see the bottom of the screen. I cant wall mount as there is a window directly behind.
Also does anyone know the distance between the legs at the back? as my stand isnt that wide either (it was originally bought for a 40 inch lcd) its too small for my ps60 really,so will prob have to get a new one whatever if i go upto a 65. 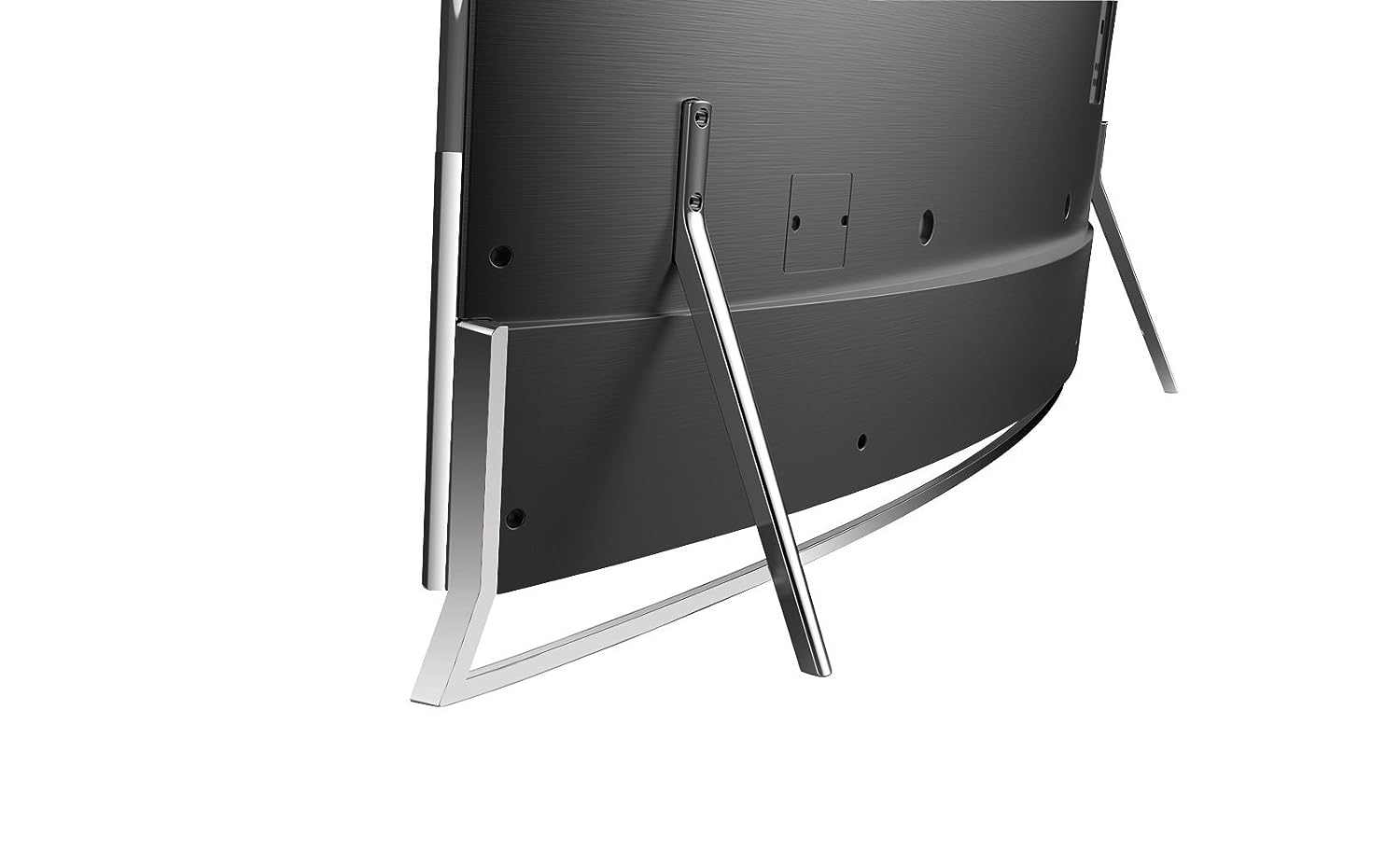 These seem to be the cheapest available at the moment most like JL and C&M are selling them at £2.3k

I would only buy from JL or Amazon (not marketplace). Hopefully amazon will restock soon, does anyone know if they had any stock to begin with? Could just be a placeholder.

No they never had any physical stock on sale

The Amazon listing has been removed now, just third party sellers, I don't trust buying anything this expensive from a marketplace seller. Shame.

Shame about the stand, wont fit on my tv unit its just a few inches too wide and I am not getting a new one as this one is only a few months old also the slope puts me off as my unit is at eye level any tilt backward will not work so its totally a no go for me but look forward to reading reviews, I think I will stick with my JS9000 as 99.5% of the time it is excellent.

zAndy1 said:
No 5 yr warranty from Amazon but then again the likelihood of me keeping a TV for 2 years is about as likely as Chelsea winning the league this season
Click to expand...