I recently bought a JVC DLA-500RBE second-hand and the owner kindly passed on the low-profile ceiling mount they had with it. It looks largely like this but it's obviously for the older JVC models: 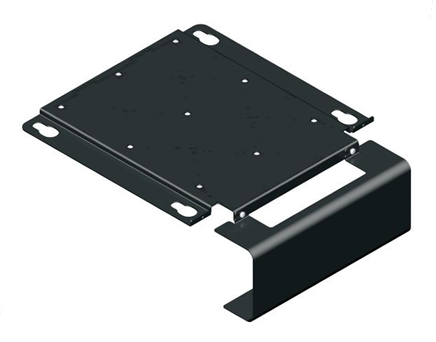 I've tried calling the number on the instructions. Neither it nor the company registered to it exist anymore. I think they moved towns and changed names, but when I called what I think is the new firm, they said they only deal with trade and to try one of their stockists. No joy there either. But then I remembered all you lovely, helpful people.

If I were buying any mount, I think that this or the BT899XL is the one I would buy. But I'm loth to spend £135 on something I already have because I'm missing a few screws. I don't really need the flat spanner and I can source everything but the M5 Bobbin assembly very easily. However, I've been spending the last couple of weeks looking on eBay and Google for any combination of m5 screws, m5 rubber feet, large m5 hex washer, m5 bobbins, m5 you name it, that matches that part.

Could someone who owns either this or the new N5 mount give me a hand in sourcing them because I can barely tell how many parts the assembly is even composed of from the above diagram? A photo, keywords to search for if you're diy-minded enough to know what the parts are actually called, anything. The diameter of the head would be useful, as would the length, but I appreciate that it's a hassle to take it down, so just an approximate idea of the latter would do. I bought some m5 x50mm screws and they are long enough to go all the way through the thread in the bottom of the projector. The JVC manual says to use screws 13-23mm long which seems frighteningly short and doesn't leave much room for adjustment. In any case, the pictured bobbin assembly looks significantly longer than the 45mm screws pictured beneath it.

FWIW, I don't actually need to use the exact same low profile screw setup as I'm going to attach the mount to a unistrut track, which will afford me a good 50mm extra distance between the bobbin assembly and the ceiling. However, I'd obviously feel a lot more comfortable suspending something so heavy and valuable from the right screws.

I'd appreciate any help anyone can give.

Hello chap, I’ve got future automation coming back to me with a part number for the bobbin screws if they have stock. I’ll let you know what they say and the part number.

Future Automation sell these mounts for both the X and N series, same bobbin bolts either way. They sell the entire bolt pack for a grand total of £5 +£9.95 shipping. UK held stock part, so fast shipping.

I spoke with Nick, he said to email [email protected] asking for the PM UNI bolt pack

Amazing! Thanks so much, CaroleBaskin! I had only tried Create Automation and another stockist whose name I forget.

That's incredibly helpful. Thanks a bunch!
Last edited: Feb 18, 2022
You must log in or register to reply here.