Need help! Firstly, let me apologize for my English, I’m not a native.

I have connected to this a 4th generation Apple TV 4K via proper HDMI Belkin 4K cable, an Xbox One X via provided HDMI cable and a sound bar - Polk Signa 2 - connected on the TV’s HDMI eARC (though this sound bar only supports ARC).

Caveat: My internet connection speed is, properly tested with speed test app, around 800/900 mbps, and both devices are connected through cable (RJ45).

I’m lucky enough that my TV Provider as an app for the Apple TV which works better than their service from the regular cable TV box.

This to say that I use the Apple TV for literally everything - TV channels, IPTV, Netflix, HBO, Disney+, PLEX, etc etc.

I have been using a projector for the past years, and I’m coming from an EPSON that had only Full HD 1080p.

So I’m still learning getting my head around the setups and all. So far it was pretty straight forward, but having this TV allows me to have all these different configurations.

My initial problem: the image seem to be… how to describe it… it looks like things are dragging, whenever there’s movement it just seems that the image gets stuck during a microsecond. It’s not fluid.

Obviously I’ve googled it and I turned off the Auto Motion - still the same. Tried to change some setting, but I’m really a noob and can’t seem to get my head around it. So I went for the Apple TV settings, and it offers me the possibility for having 4K at 60Hz/50Hz, 1080p HDR/SDR/60Hz, SDR, HDR, etc etc… I can’t really figure out which one is better. For sure SDR is more bright than SDR setting… But still motion is draggy… I think the only time it gets better is when I use ONLY 1080p. Isn’t this full hd like I had in my projector? What’s the point of having a TV like this one, with HDMI 2.1, proper cables, fast internet connection, Apple TV 4K, if I can’t see 4K content properly?

Now, with the Xbox One X, it automatically activates game mode and… I don’t feel that the image is dragging. Can’t put game mode while using Apple TV.. at least I can’t find that setting.

About the soundbar, I have realised that many people have the same problem (Samsung official Forum) with the Polk Signa 2 - every time I shutdown the TV, when turned back on the soundbar is no longer identified and I have to reset everything to get it back connected through the ARC out. It’s so annoying. I have a workaround which is connecting it to Apple TV though Bluetooth and with the Xbox because I only use headsets most of the time I can survive but… it is not supposed to work this way.

I’m so frustrated with all this, so please help me out if you can!

I’m even considering to return the TV, I still can (legally where I live it’s 15 days to return if you don’t like it).

Your English is impeccable. I cannot tell you are not a native speaker!

I don't know the answer to all your problems, but I have a Samsung TU7000 and know a few things. One is that you must enable Input Signal Plus, under External Device Manager. Then you will truly display the 4K HDR and whatnot. Secondly, I much preferred to turn the Contrast Enhancer to Low. To me, Off looked perfect in terms of detail, but was not bright enough overall. And High artificially darkened the darks too much while blasting and washing out the whites/brights. Your Q70T should be brighter than mine overall so perhaps you don't need to touch this setting.

I'm not sure what exactly to check regarding your image hang or whatever we shall call it, but maybe turn off all the Motion Interpolation features? The only thing I have turned on is Judder Reduction set to 3 (default). I haven't messed with it much, but RTings always talks about turning these Picture Quality functions off completely, and I mostly agree, but I think I left my Noise Reduction on Auto.

I really like how they post their Calibration settings for each of their test TV's! I matched my White Balance and Color Space settings to theirs and I think it looks great. Be advised, you might have to repeat it on different Inputs. It says Apply Settings to All Inputs but for me I had to do it twice, so I'm not sure what happened. 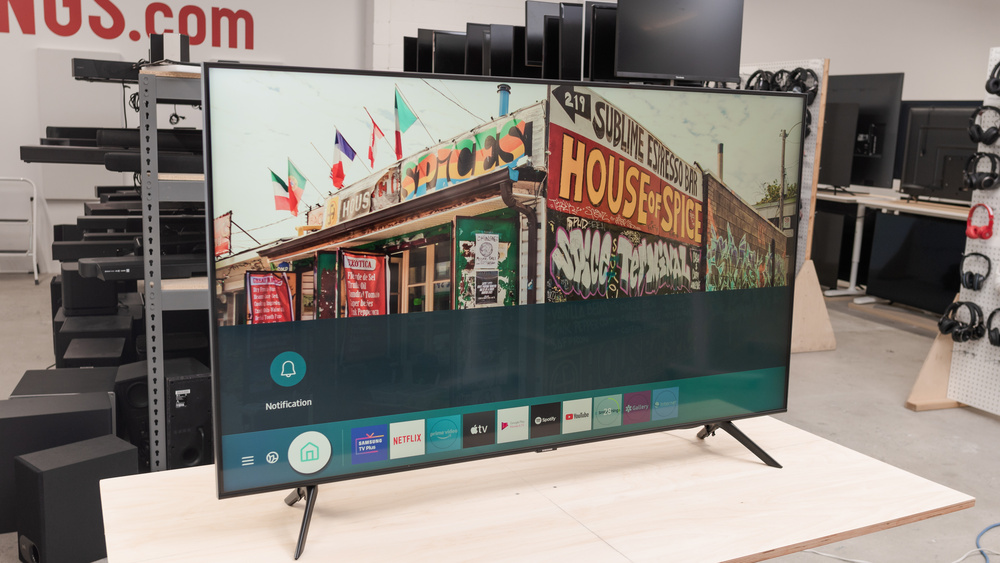 The Samsung Q70/Q70T QLED is a good all-around 4k TV from Samsung's 2020 QLED lineup. It delivers good performance for most uses and comes with some extra featur... 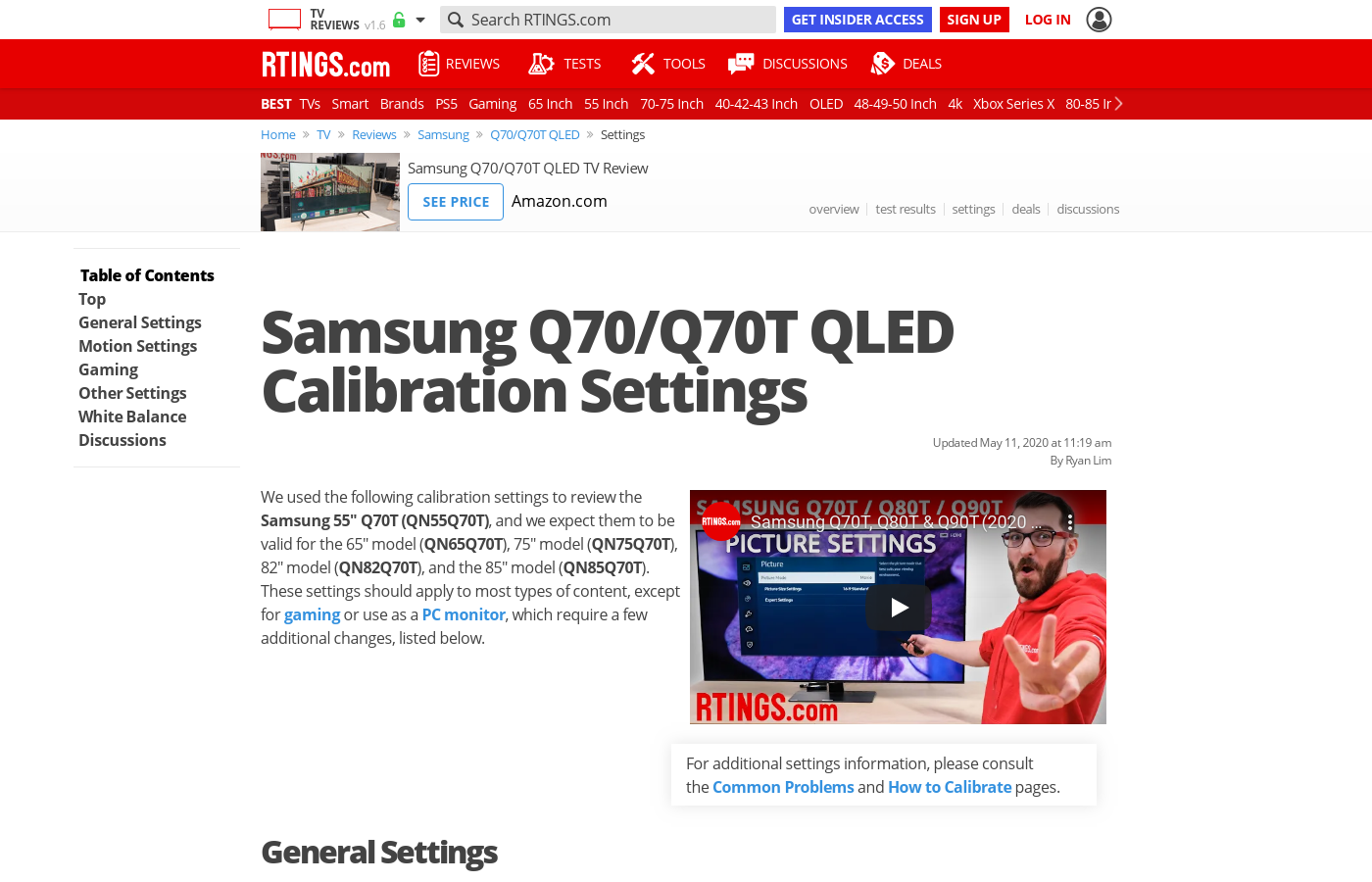 www.rtings.com
You must log in or register to reply here.

How to connect two TVs for simultaneous viewing of the same content?