I guess they didn’t want it to be pigeon-holed as a Harleyquin movie??
"I don't like sand. It's coarse and rough and irritating and it gets everywhere. Not like here. Here everything is soft and smooth."

bruce-leroy said:
I guess they didn’t want it to be pigeon-holed as a Harleyquin movie??
Click to expand...

I guess they don’t want to admit that they got it wrong.

Still not seen it yet. I will at some point provided it stays around long enough and there aren’t other films that I’d father see.

It is Sonic the Hedgehog this weekend, I never thought I’d see the day when I would choose that over a DC blockbuster. Usually I see DC and Marvell films within the first few days of release paying extra on top of Cineworld Unlimited for IMAX, huge fan of Harley but this just doesn’t appear to me - the main reason is that Harley should not be in Birds of Prey, she is not a hero - they should have made it as a Gotham City Sirens film.

Second viewing tonight. Really enjoyed it yet again. Same goes for my mate who came with, and felt it was one of 'Worlds of DC's stronger efforts. I still have a few niggles; the fact that the girls' success in battle is completely contingent upon the bad guys being the most useless and accomodating combatants since the original Batman tv series. John Wick would kill them all in the blink of an eye. And the man-bashing (whether you acknowledge it or not) is still too over-done for me. If they'd toned it down just a little (10% would do) it would come across a little more balanced. Much like Captain Marvel, it's an unrequited love: I like the film, the film doesn't like me. There is also a bit of a hiatus where the film loses steam; roundabout the time Harley goes to the restaurant. That was the only time boredom threatened to make an appearance.

That aside, it's just crazy entertaining. I liked the other characters more this time, and Margot's Harley is just outstanding. I like that shes a bit of an arsehole, and performance wise its got to be in her top 10. Action scenes are terrific (well, for the most part) and exhilarating; and the 'Guy Ritchie' stylings and disjointed narrative work well for me and keep it deliciously spicy. It's a buy for sure. Upping my score to 7.5/10
2020 in film , A24 Films seen

lucasisking said:
I still have a few niggles; the fact that the girls' success in battle is completely contingent upon the bad guys being the most useless and accomodating combatants since the original Batman tv series. John Wick would kill them all in the blink of an eye.
Click to expand...

Bennett:
Your soldiers are nothing. Matrix and I can kill every one of them *snaps finger*
in the blink of an eye. Remember that.
Last edited: Feb 13, 2020
"I don't like sand. It's coarse and rough and irritating and it gets everywhere. Not like here. Here everything is soft and smooth."

It was alright. 5/10...As big bad guys go, Ewan McGregor was pathetic, he literally does nothing except don a black mask, sulk and talk nonsense.

The film was so focused on being feminist and anti-male it forgot to include a meaningful plot, although some of the dialogue is good.

The overly choreographed final fight was just...really poor...look closely and in the background you can see extras just waving their arms around. They have to play the soundtrack really loud to disguise the fact that it isnt as good as they thought it would be...and they knew it.
We'll defuse bombs, walk marathons
And take on whatever, together.

Haven't seen everything she's done (sadly) but here's a loose ranking of Margot's best performances in my opinion. About Time is worth a look if you can tolerate Richard Curtis rom coms - I know he’s not everyone’s cuppa tea but I find him to be the celluloid equivalent of easy listening.

Margot only has a small role in her film debut but she looks absolutely sensational. Plus, the always lovely Rachel McAdams is in it too as a Brucie bonus!
"I don't like sand. It's coarse and rough and irritating and it gets everywhere. Not like here. Here everything is soft and smooth."

lucasisking said:
^ Thanks chaps. Two I haven't yet seen. Will amend in due course.
Click to expand...

Noticed that this has largely been replaced by 1917 in IMAX screens in my neck of the woods. 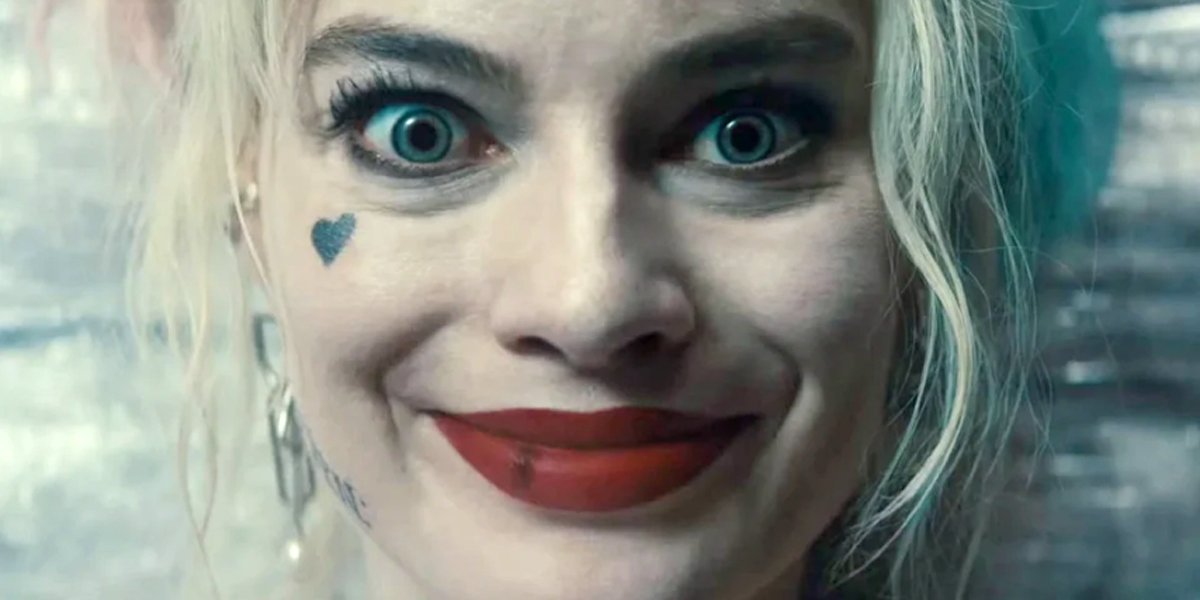 Yes, Birds Of Prey Had A Big Box Office Drop This Weekend, But Not The Worst

Not surprised it's faltering slightly. The trailer for it is terrible and will likely put off more people than it will entice to watch it.
My opinions expressed here are not necessarily those of the AV Forums or the associated websites.

Pretty bad though when the targets now seem to have been set to "break even". I imagine they envisaged that they would make very good profits on this.

They keep comparing it with Suicide Squad as if that was a total failure - but that ended up making $745m on a $175m budget - BOP is not close to that success yet.

rodd1000 said:
Caught this over the weekend. It’s mediocre at best, full of intangible scenarios. Implausible from start to end. Giving it a 4/10 would be harsh though, I’d say it just about scapes a 5.
Click to expand...

You were always on to a loser if the main thing you wanted from this was plausibility.
Last edited: Feb 24, 2020

barnaby jones said:
You were always on to a loser if the main thing you want from this was plausibility.
Click to expand...

It's based on a comic-book / cartoon. Of course it's going to lack a little realism. It's Harley.

Watched it last night and really enjoyed it. Great fun. Little sprinklings of Joker, Scott Pilgrim vs. the World and Deadpool, with a strong cast putting in solid performances. 7/10. Birds Of Prey & The Gentlemen getting early VOD releases

Warner Bros. & STX Entertainment are following the lead of other entertainment companies by trying to do their part to get their content to movie

Kill it with fire.

Seems that Birds of Prey is going to be a roaring success after all - on course to be the fourth highest grossing film of 2020.

Now convince me that Coronavirus wasn’t started by Cathy Yan

Anyone got confirmation of where the HDRs are at?