I would be happy with that one.
I *think* MSI warranty is based on the serial number if the card is not registered in your name, so i think you will be covered there too.

(but that said dont hold me to that)

It's a shameless steal from Hot UK deals but a 120GB SSD for your OS and your fave game is an absolute bargain at £16.99 If you've not made the jump to SSD yet this is a great opportunity. It's not the fastest SSD but it's still a massive jump from a HDD.

EDIT: If you want to spend £1 more you can get this Crucial BX500 which is slightly faster than the Kingston.

Not sure how much of a bargain this is, but it’s just had £300 knocked off.
My opinions expressed here are not necessarily those of the AV Forums or the associated websites.

Not sure how much of a bargain this is, but it’s just had £300 knocked off.
Click to expand...

Also stolen from HUKD
Sapphire Vega 64 Nitro+ for under £310 from amazon france
380 Euro plus 6 euro delivery
But then a 38 Euro coupon. Use a fee free card
https://www.amazon.fr/gp/product/B079QFF6CC

Free games as well.
I know Navi is out in a few weeks, but I cannot see them costing under £400 for the blower cards, and the non reference once will not be out until August supposedly
"I don't see any cause for further discussion or comment. You already have all the answers you need." LV426, circa 2020
T

on the lookout for a 1tb ssd if anyone knows of a good deal.

trev182 said:
on the lookout for a 1tb ssd if anyone knows of a good deal.
Click to expand...

Dammmn, I bought on of them last year(1tb) and it was £180 then, prices have crashed alot.

I mean 2x16gb sticks of DDR4 memory is the same price as the 2 sticks of 8gb I bought last year, one part of the whole PC nonsense I hate....
Click to expand...

I paid £110 at Christmas
"I don't see any cause for further discussion or comment. You already have all the answers you need." LV426, circa 2020

Any good gaming headsets on offer anymore. Need a new one

drinkturps said:
For the next 10 hours you can pick up a 1TB Samsung 860 Evo for £100 as part of the Amazon Prime day deals
Click to expand...

Not much of deal , i was looking at the these a few weeks back and their were going for the same price ,
but , 100 quid for 1tb ssd still isn't bad.

Choose "Frustration Free Packaging" for the £164 price.
Click to expand...

And the 1TB is currently £79.58 (in frustration free packaging). I ordered one myself yesterday.

not sure if a bargain but its a decent deal for anyone looking at a 2080 super. I was looking at getting a 2070 super but then after some research found that some of the high class 2080 cards are at 2080 super levels.

This one has the highest out of box pre over clock of any 2080 and in the GPU score for time spy matches the founders 2080 super. It also has the rated samsung GDDR6 memory which overclocks like a dream

I was also able to overclock my core by 70 points and put a conservative 1000 points on the samsung memory.

As mentioned in the games bargain thread, the Steam Controllers are currently on sale.

richardb70 said:
As mentioned in the games bargain thread, the Steam Controllers are currently on sale.

Get 'em quick! No more coming.
Click to expand... 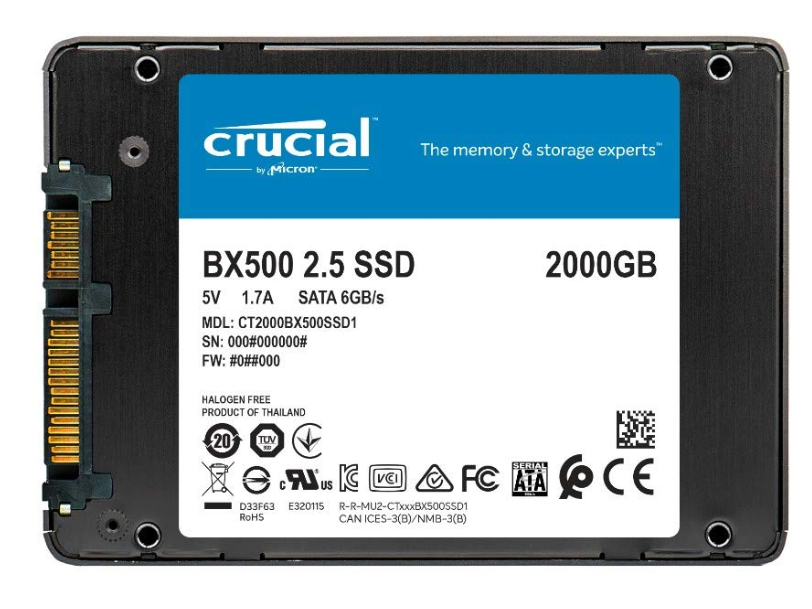