We'll be needing a new gaming section soon for streaming!! If anyone can pull this off it will be Google. I didnt get into the trial last year. Did anyone try AC on chrome?

Can't wait for 8K 120FPS in the future.....assuming i'm on 10GB internet by then of course!
YouTube: ChalkyWhyte | Twitch: ChalkyWhyte

How can they go through all that presentation without mentioning internet speed requirements? An even worse, how are all report just talking about "the future of gaming" without asking that question?
Steam: Shadow_Thi3f XBL: Shadow Thi3f PSN: ItsShadowThi3f Stadia: ShadowThi3f Nintendo ID: SW-8159-4115-4806​

They probably still haven't got everything finalised, so it is better to not mention it at all, than to under/over promise the speed needed.
Steam - Aslird. Origin - Aslird. UPlay - Aslird (you get the idea)

I get it but when they go around talking about 4k/60fps and even 8k/120fps it does make me wonder. I cannot see that happening lag free within the next 5 years.
Steam: Shadow_Thi3f XBL: Shadow Thi3f PSN: ItsShadowThi3f Stadia: ShadowThi3f Nintendo ID: SW-8159-4115-4806​

Can you imagine streaming a multiplayer FPS game? Good luck actually hitting anyone.
My opinions expressed here are not necessarily those of the AV Forums or the associated websites.

MartinH32 said:
Bad news for the hardware manufacturers if this takes off. Can't see it happen for a few years.
Click to expand...

They will be supplying the data centres, they will love it. CPUs, GPUs, APUs, all pro versions not consumer versions. Ram, SDD they will shift billions

scarty16 said:
They will be supplying the data centres, they will love it. CPUs, GPUs, APUs, all pro versions not consumer versions. Ram, SDD they will shift billions
Click to expand...

I can't see the likes of Sony or MS being happy. I'm sure they won't be supplying the tech for this and apart from first party exclusives where will they make their money? No longer will a publisher need to pay to get on the Sony platform. They'll pay Google instead.
Yamaha RX-A3070, Sony VPL-VW590ES Projector (110inch scope screen in a batcave), Panasonic DP-UB9000, Cambridge Audio CXN V2, Tannoy XT8F front, DC6 rears and XT centre, 2x SVS PB-1000Pro sub. Sony A9 Mirrorless system and lenses, Apple TV 4k.

MS has already announced their own service, Project Xcloud and there GDC presentation is happening tomorrow. From what they have already said it seems to be an almost identical service, but if you have Gamepass you can stream any of the games on it to any device, just like Stadia.

I actually stream my Xbox quite a lot, both locally and over the internet. As long as you have the connection speed, it works OK in both situations. I actually managed to complete a Hitman 2 elusive target and get a Silent Assassin rating while I was on holiday in Bangkok, streaming from my Xbox in the UK. From experience, it is very game dependent using current streaming tech, so I'd be really interested to see next gen game streaming.
Setup: I7-8700K ROG STRIX Z370-G Team Group Vulcan T-Force 32GB, 980GB SSD, GeForce GTX 1080 Ti Optima UHD60, Denon AVRX2200W, Panasonic Dolby Atmos Speaker System
Steam, Xbox Live: RidleyDeckard 3DS: 5258-1911-3267
H

Of the console makers, should Microsoft/Xbox be the most worried without a solid raft of exclusives? ie Stadia (versus an Xbox) could be a nice complement to a Playstation.

Would Playstation and Nintendo still do ok based on their own games?

Is it realistic to think that all/most big third party (single player) games (that would otherwise sell for £50-60 on console) would be available on Stadia under a Netflix subscription model of c.£10-20 a month on release?

My internet download speed is c.13mbps (it should be much higher). What are the chances of Stadia running 4k 60fps games well (no stuttering, blocking, pixelation, drop out) on that?

MS & Sony won't be worried at all. They are working on their own Streaming Services and other things.

People were negative about the rumours of a Discless Xbox One so no doubt a Streaming Device won't be top of their list.

People will always want a console and not have to rely on a decent connection.

All depends on how they price it and remember Google always like to get into things then drop it a few years later.

apparently you will need a 25mbps connection to stream at 1080p 60fps. wonder what connection you need for a stream at 4k 60fps
C

shoestring25 said:
apparently you will need a 25mbps connection to stream at 1080p 60fps. wonder what connection you need for a stream at 4k 60fps
Click to expand...

That is what it was for the beta last year I think. I'm sure I read somewhere that will be improved upon.
YouTube: ChalkyWhyte | Twitch: ChalkyWhyte

Whatever I type up there ^ is solely my opinion and not that of my employers.​
H

Great!! With my 13mbps I should be able to stream this in 720p 30fps. The future is looking up 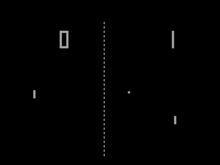 Fancy presentation but I think I'll wait and see what Microsoft show off at E3, they've got the content. Stadia is good and all but will probabaly rely on 3rd party publishers.

Also, anything Phil Harrison touches usually goes to Sh**
You must log in or register to reply here.

Best device for playback to replace my current setup? (New HTPC or NAS or Shield or?)