Anyone with a quad lock and IPhone 11???
Basically since using this my camera on my phone is broken. You can hear it focus and it’s grinds whilst doing it. On Friday, my 3rd ride with the quad lock it got worse and now I can’t take pictures.

This was taken today 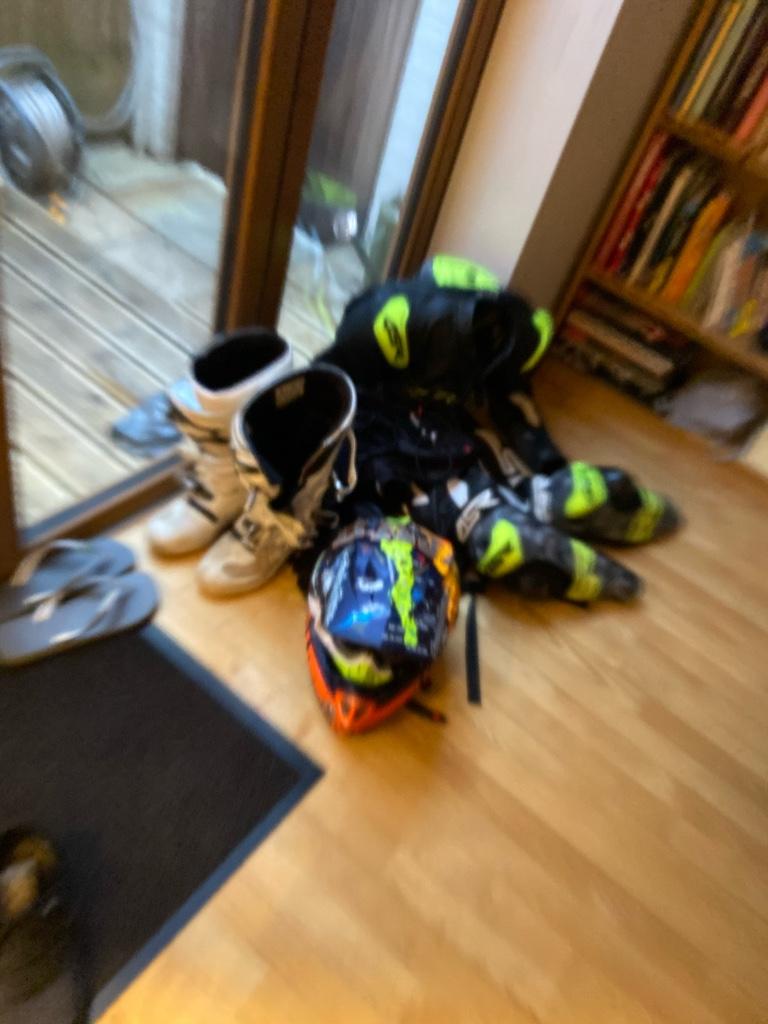 Only reason I think it’s the quad lock is my cousin today used his 11 pro for the first time today in a quad lock and his camera is now broken. Same issues.

I’ve used quad lock for years with my iPhone 6, 7 and 8 plus, with no issues, done loads of miles, Le man and back, Germany and back not 1 issue, until now. Anyone else had this issue???

I’ve done some googling and it’s very common issue for the newer phone’s that have image stabilisation.
Seem’s to be the The Vibrations destroy the auto focus modual.

Now I think this is a bit of a joke. We pay loads for phone that can do everthing, but seems they can’t.

Now what are my options??? Don’t really want to pay £400 for a dedicated sat nav. Are there cheaper options, phone mounts that kill vibrations, can I have have a 2nd iPhone just for running google maps???
T

formula400 said:
can I have have a 2nd iPhone just for running google maps???
Click to expand...

Yes, you absolutely can - as long as you sign in with the same iTunes account, most of your settings will transfer across too, and you can download the same apps and subscriptions etc. as on your main phone. Not only that, but your second iPhone should also ring when your main iPhone's rings too, which might be helpful if connected to a bluetooth headset or similar when you are out riding.
TVs: Sony A1E OLED | Panasonic CX802B
Audio: Sony HT-CT780 soundbar
Xbox Series X | Apple TV 4K | BT YouView | Freesat
F

will it need a sim card, or just for me to sign in??? thats great news so far.

First time I’ve heard of this happening, mind you I don’t know anyone with a motor bike!

Did you have a google search? Is the phone still under warranty? If it is you can surely get it replaced as you weren’t using it in a way that’s known to damage it, you haven’t done anything apart from use it!

formula400 said:
will it need a sim card, or just for me to sign in??? thats great news so far.
Click to expand...

You could use your main phone as a wi-fi hotspot, connecting your second phone by WiFi so you shouldn't need a second SIM card.

Of course that means keeping your main phone with you, but in a pocket it shouldn't experience as many vibrations.
"I said hop in"
B

Would probably need some sort of charging option for the main phone if you use it as a Wifi Hotspot, it really does drain the battery when you use it as a hotspot for any length of time.
I

Dedicated bike Sat Nav is the way to go.
I used to use a phone but after getting a tom tom "free" with a new bike I would'nt go back to using a phone.
Top end smart phones are too expensive for bolting in 3rd party clamps on a vibey bike and having to remove them at every fill up for fear of being stolen at least the Sat navs have dedicated holders and some with locking mechanisms.
You must log in or register to reply here.

F
Question Equipment for on the go live streaming

Name and Shame them......My True Story of a Terrible Service. Maybe you have had some grief also from a company

A
My Sky Horror Story
2