This brand new 90 min documentary airs next Saturday night (27th November) at 9pm on BBC2, thirty years after he died on 24th November 1991. 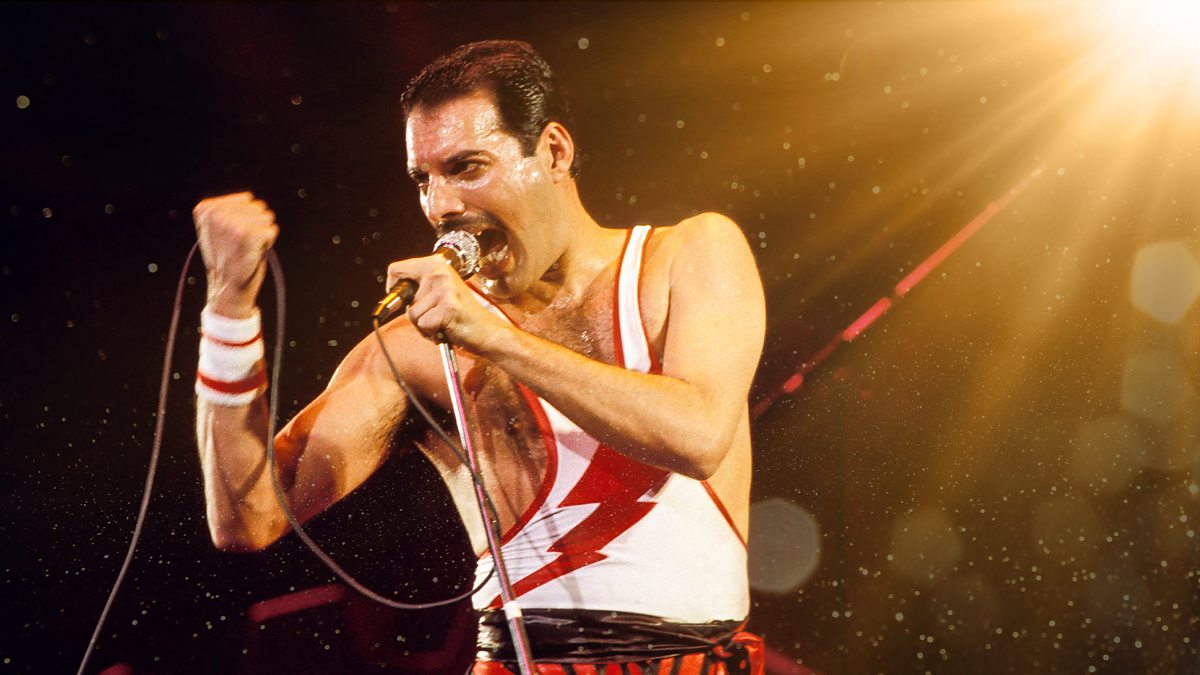 The story of Freddie Mercury’s final years and the tribute concert staged in his memory.

The story of the extraordinary final chapter of Freddie Mercury’s life and how, after his death from AIDS, Queen staged one of the biggest concerts in history, the Freddie Mercury Tribute Concert at Wembley Stadium, to celebrate his life and challenge the prejudices around HIV/AIDS.

The film hears from those who performed at the epic gig, including Gary Cherone (Extreme), Roger Daltrey (The Who), Joe Elliott (Def Leppard), Lisa Stansfield and Paul Young, as well as the concert’s promoter, Harvey Goldsmith.

For the first time, Freddie's story is told alongside the experiences of those who tested positive for HIV and lost loved ones during the same period. Medical practitioners, survivors and human rights campaigners, including Peter Tatchell, recount the intensity of living through the AIDS pandemic and the moral panic it brought about.
Click to expand... 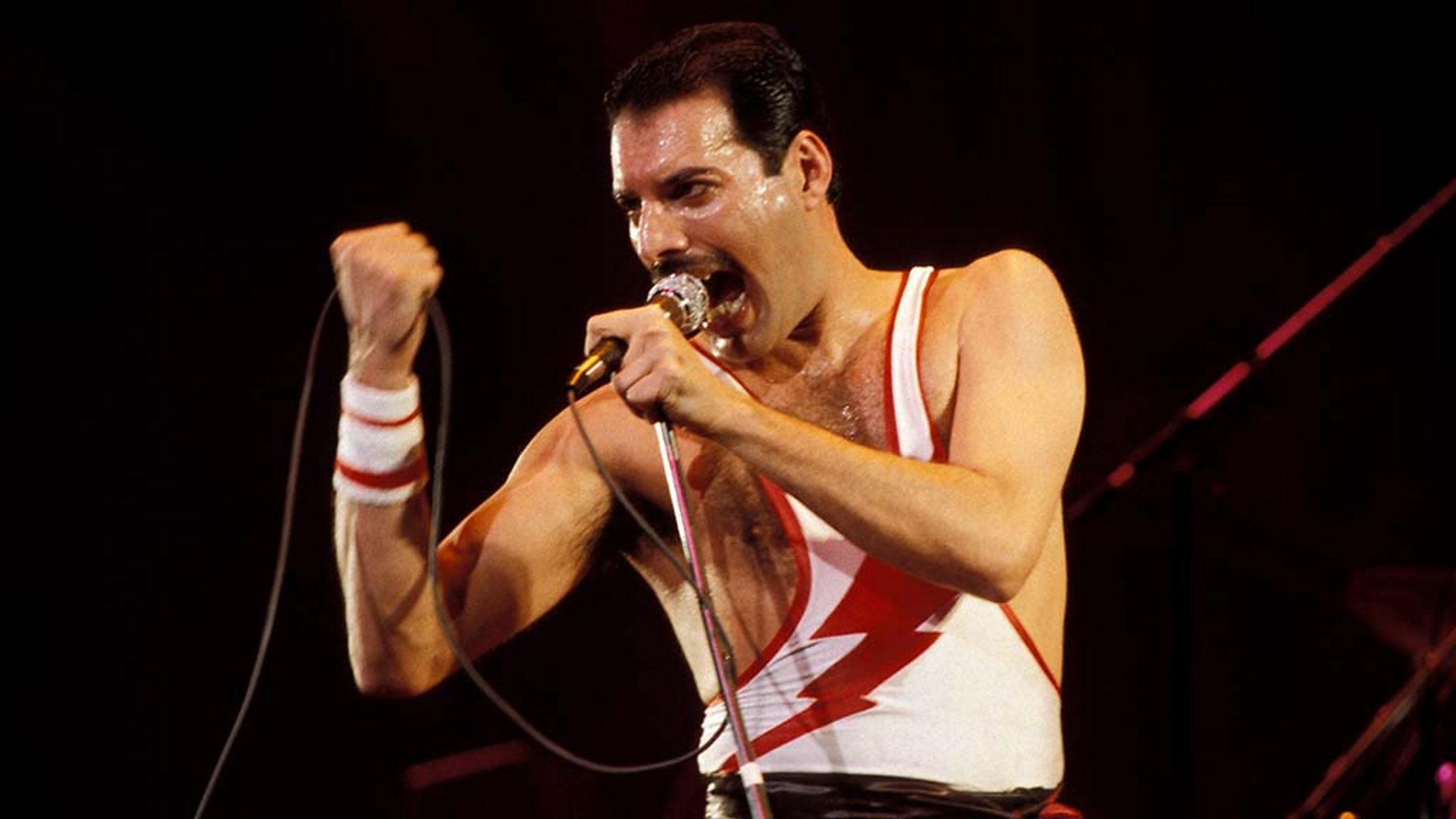 In November BBC Two will broadcast Freddie Mercury: The Final Act – the story of the extraordinary final chapter of Freddie Mercury’s life and the journey leading up to The Freddie Mercury Tribute Concert at Wembley Stadium that followed.
www.bbc.co.uk

Thirty years after Freddie died (in November 1991) from complications of AIDS, Freddie Mercury: The Final Act movingly captures the last years of his life.

The film follows the story from Freddie’s last concert to the tribute concert itself which took place on April 20th 1992. The documentary features new interviews with many of those who were closest to him, including Queen members Brian May and Roger Taylor, Freddie’s sister Kashmira Bulsara, his friends Anita Dobson and David Wigg and his PA, Peter Freestone.

We also hear from those who performed at the epic gig, including Gary Cherone (Extreme), Roger Daltrey (The Who), Joe Elliott (Def Leppard), Lisa Stansfield, and Paul Young, as well as the concert’s promoter, Harvey Goldsmith.

The film also hears from those who saw the impact of HIV/AIDS first hand, either as medical practitioners, survivors, or human rights campaigners, including Peter Tatchell. It starts in 1986, as Queen’s Magic tour reaches its awesome climax at Knebworth Stadium in Hertfordshire and Freddie Mercury proves himself to be one of the greatest rock performers that the world has known.

Over the next few years however, he would secretly battle HIV/AIDS - a disease that was killing millions and intensifying homophobia.

In the tragic aftermath of Freddie’s death, his bandmates Brian May and Roger Taylor, along with Queen’s manager Jim Beach, devised a plan. They approached a range of stellar artists including Elton John, David Bowie and Annie Lennox and decided to commemorate their friend’s life with what would become one of the biggest concerts in history.

The Freddie Mercury Tribute Concert was attended by over 70,000 people, with over a billion viewers on television. With one collective voice, for four glorious hours, the concert not only celebrated Freddie, but it also placed HIV/AIDS clearly in the spotlight and raised awareness of the disease.

About the stigma surrounding HIV/AIDS at the time, Roger Taylor says: “We were very angry and we had to stick up for our friend - our best friend. I became fixated with the idea of giving him a hell of a send-off.”

Freddie Mercury: The Final Act is a story about friendship, love and a fight against prejudice – shown by the way in which Freddie’s friends created a joyful celebration of his life, which not only burnished his reputation as one of the world’s great musical performers, but which also helped change social attitudes.

Jan Younghusband, Head of Commissioning, BBC Music TV says: “James Rogan’s film: Freddie Mercury: The Final Act, is a poignant story of one of music’s most popular and talented musicians, and the legacy he left. Not only does it shine new light on Freddie Mercury’s brave journey through those final five years of his life, it also tells a wider – and hugely important - story of the emergence of AIDS at the time and how the incredible tribute concert after his death, helped to change for the better public opinion about the crisis. The artists of Queen and others who were there, speak candidly for the first time.”

James Rogan, Director, said: “Making Freddie Mercury: The Final Act has been an extraordinary journey into the final chapter of one of rock music's greatest icons. Working with Queen and getting to see behind-the-scenes of some of their greatest performances and the legendary Freddie Mercury Tribute Concert was a rare privilege. Equally important was speaking to the people who had lived through the eye of the storm of the global pandemic of HIV/AIDS, with all its resonances with COVID today. Freddie's death and the Tribute that Queen organised for him helped to change global awareness of this terrible disease at a critical time.”

To accompany Freddie: The Final Act, BBC Two will also show Queen at the BBC in November. Queen at the BBC is a one-hour special, featuring some of the greatest musical moments from Freddie Mercury, Brian May, Roger Taylor and John Deacon that have been shown on the BBC over the years. The legendary band’s huge international status and punishing touring schedules meant they made surprisingly few appearances on programmes like Top of the Pops and frustratingly for fans, several of those performances were lost or never recorded.

This collection celebrates the very best of what’s survived from one of most enduring and best-loved acts in British rock – and perhaps the most charismatic and best-loved frontman of all time.

Amongst the gems are moments from the band’s celebrated 1975 concert at Hammersmith Odeon, London and highlights from the prestigious Montreux Pop Festival, where Freddie and the boys showed the rest how live performance was done. Songs in this programme include the band’s first ever UK hit, Seven Seas of Rye, These Are The Days of Our Lives and Bohemian Rhapsody - frequently voted the nation’s favourite song.

So it's a Queen/Freddie night from 8pm on BBC2, as mentioned in that press release, with this doc sandwiched between a brand new BBC archive show and a frequently repeated concert. 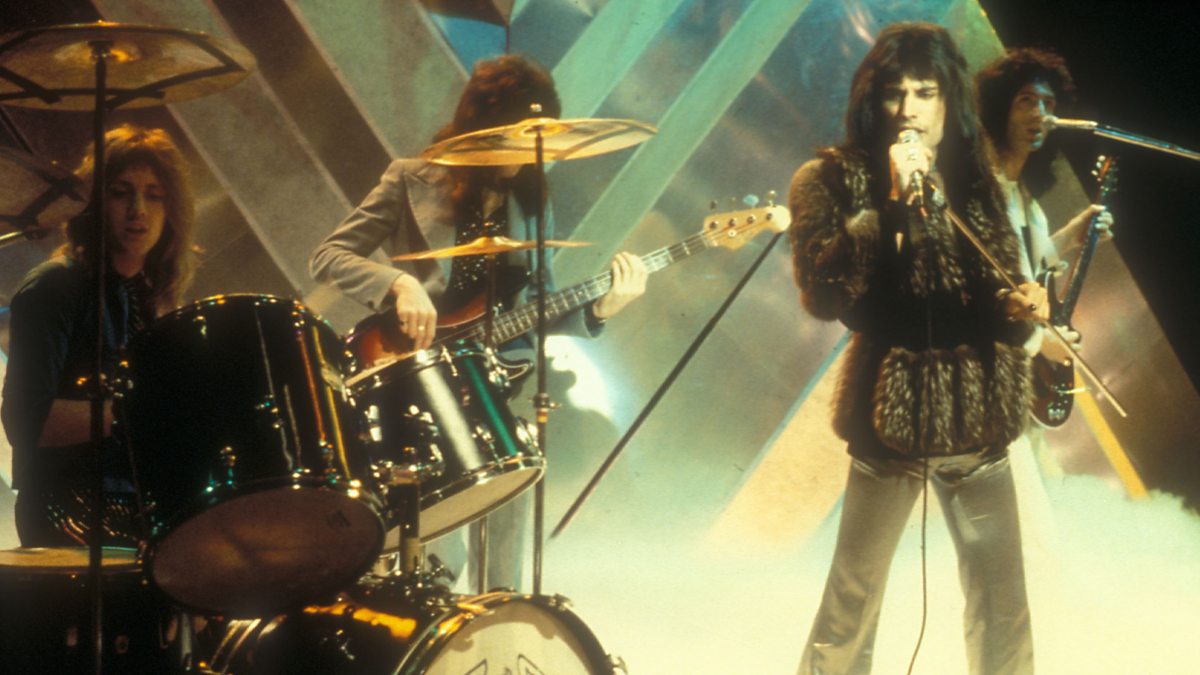 BBC Two - Queen at the BBC

A trip through the archives that serves up an hour of killer Queen material.

A trip through the archives that serves up an hour of killer Queen material, featuring some of the band's greatest musical moments ever delivered to our screens.

The legendary band’s huge international status and punishing touring schedules meant that over the years they made surprisingly few appearances on programmes like Top of the Pops, and tragically for their fans, several of those performances were either lost or never recorded.

This collection brings together the very best of what’s survived from one of the most enduring and best-loved acts in British rock, featuring perhaps the most charismatic and best-loved frontman of all time. Amongst the gems are moments from the band’s celebrated 1975 concert at London’s Hammersmith Odeon and highlights from their trips to the prestigious Montreux Pop Festival in the 1980s – an event that would attract the cream of the world’s music acts every year.

Songs featured take us from the band’s first ever UK hit, Seven Seas of Rhye, through to These Are The Days of Our Lives, Queen’s last hit before Freddie’s untimely death, as well as all the biggest hits, including the iconic Bohemian Rhapsody, frequently voted the nation’s favourite ever song.
Click to expand... 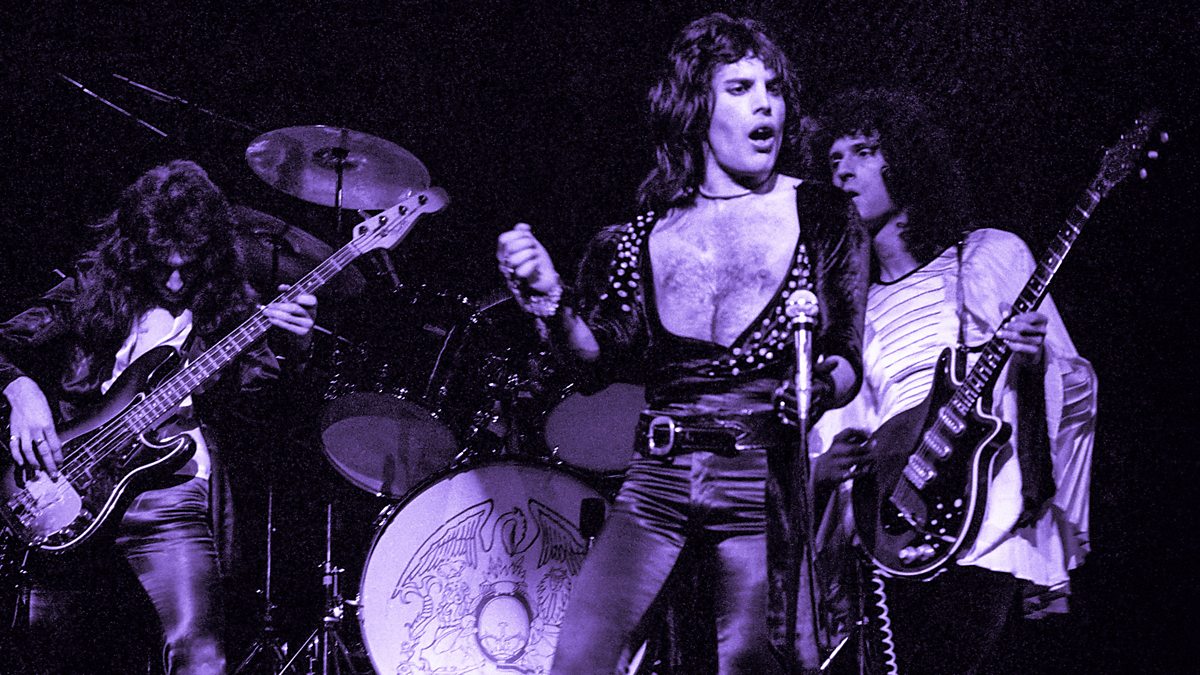 Concert by the rock band Queen from Christmas Eve 1975 at London's Hammersmith Odeon.

On Christmas Eve 1975, Queen crowned a glorious year with a special concert at London's Hammersmith Odeon. The show on the final night of their triumphant UK tour was broadcast live on BBC TV and radio, and has become a legendary event in Queen's history.

Featuring stunning renditions of early hits Keep Yourself Alive, Liar and Now I'm Here alongside Brian May's epic guitar showcase Brighton Rock, a rip-roaring version of the then new Bohemian Rhapsody and the crowd-pleasing Rock 'n' Roll Medley, this hour-long concert shows Queen at an early peak and poised to conquer the world.
Click to expand...

Supporter
How was it?

Would you say it's family friendly (like a 12 rated film)?

We're all fans of the music in my house. I grew up with it as the MB seniors were big fans, so could be one for everyone to enjoy.

Strong language - some effin', but not much, but isn't that a 12 rating these days?

I enjoyed it, watched it all in one go that night. As well as about being Freddie, his final years and the Wembley tribute concert, it's also a very moving portrayal of the AIDS pandemic of that time, with parallel stories of a few others.
Last edited: Dec 14, 2021
Jimmy... This whole thing STINKS... and BAD!!

I remember watching a documentary a few years ago (i think a two parter on BBC4 maybe). Freddy's physical demise seemed to be so quick,. He was so focussed about getting all the music laid down that he did it without the band at the end to maximise his speed. A true entertainer to the end.

MB
You must log in or register to reply here.

Win a Eureka bundle on Blu-ray