SVS have released two new subwoofers - the sealed SB2000 and the ported PB2000. These are now on demo in store. 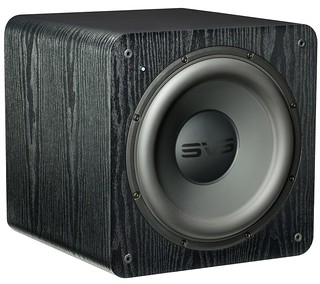 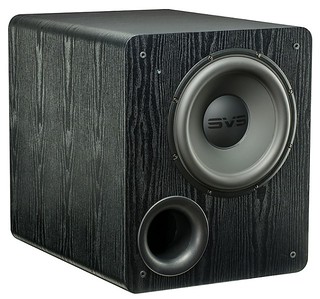 Both subwoofers come with a 5 year warranty.

The below pic gives an idea of their size in comparison to each other... 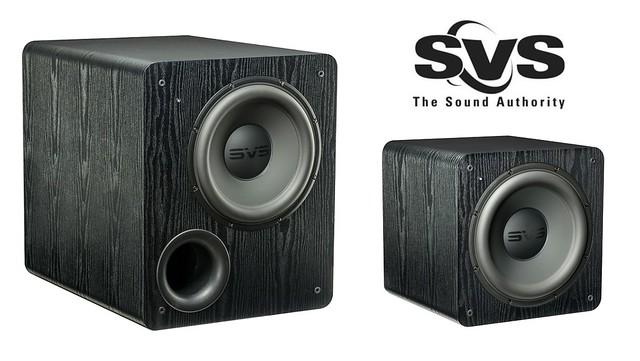 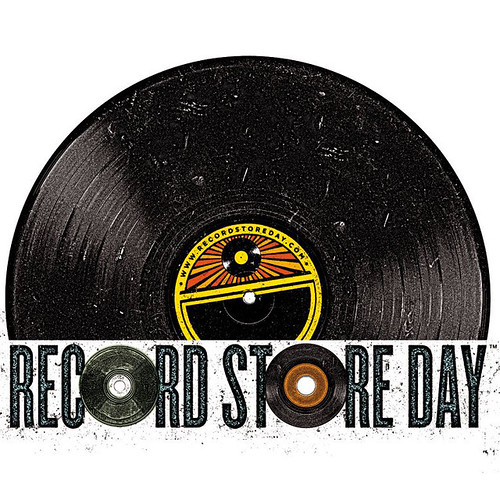 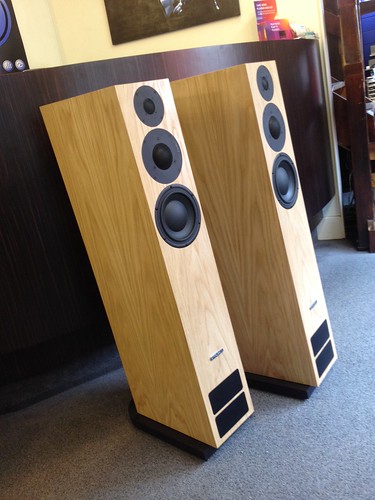 Was just wondering if you have any ex-display or offers on a pair of black AudiolabMBs, although I'm a couple of months short on funds thought I'd start my hunt early,

Thanks I'll keep in touch.

stevefish69 said:
Can you give me the heads up if you come across any B-Stock or Ex Demo Kef 206/2's please David
Click to expand...

Will do Steve. We'll be running a trade in program for the new KEF Reference models, so may well have some old Reference coming in. Although, with the lack of a dedicated rear for the new range at the moment, I'm not sure of the likelyhood of that happening! I'll keep an eye out for any B grade that KEF might come up with.
Frank Harvey Hi Fi Excellence | Sales - Service - Advice
T: 02476 525200 | W: www.hifix.co.uk
Retailers of Hi Fi and Home Cinema Products with over 120 world class brands
Visit us on: HiFix Blog | Facebook | Twitter ​

would you sell the front stereo speakers on there own?? is so what price

There have also been some price reductions on various albums due to opening a few more accounts and being able to buy-in cheaper - any savings we get, we pass on to you!​
Last edited: Jun 25, 2014
Frank Harvey Hi Fi Excellence | Sales - Service - Advice
T: 02476 525200 | W: www.hifix.co.uk
Retailers of Hi Fi and Home Cinema Products with over 120 world class brands
Visit us on: HiFix Blog | Facebook | Twitter ​

AVForums Sponsor
Here's a few examples of some of the vinyl we have in stock, and a comparison of prices to Amazon, as of this afternoon. Amazon prices in brackets.

I'll add a few more examples when I get a chance. As you can see, some of those differences are not small! Amazon may be convenient (I use them myself for some things), but they're certainly not the cheapest! Support local record dealers!

Hi, back in January you posted some reductions on the SVS range, such as the SB1000 - I was wondering if something similar might happen again?

jwsg said:
Hi, back in January you posted some reductions on the SVS range, such as the SB1000 - I was wondering if something similar might happen again?
Click to expand...

AVForums Sponsor
At the moment it is only in store, except for those ordering turntables online, as we can package the vinyl with the turntable for shipping.

Our website will receive a massive update shortly, and when it does, we will be adding vinyl listings to it, once we're up to date with adding new products.
Frank Harvey Hi Fi Excellence | Sales - Service - Advice
T: 02476 525200 | W: www.hifix.co.uk
Retailers of Hi Fi and Home Cinema Products with over 120 world class brands
Visit us on: HiFix Blog | Facebook | Twitter ​

Prodigy's new singles album, Their Law, is now available at Frank Harvey Hi-Fi's vinyl store in Coventry. THis is currently priced at £18, which is £7.73 cheaper than amazon! 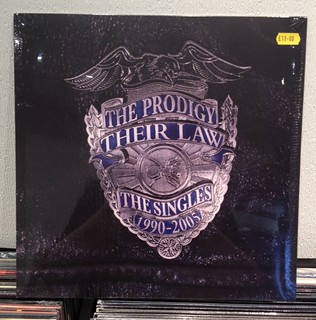 Also, the 20th Anniversary Edition of Pink Floyd's Division Bell, which also comes with MP3 download code, is now available too for £24, which is £3 cheaper than amazon. 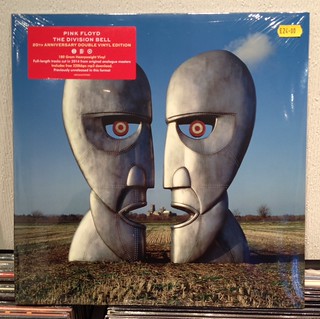 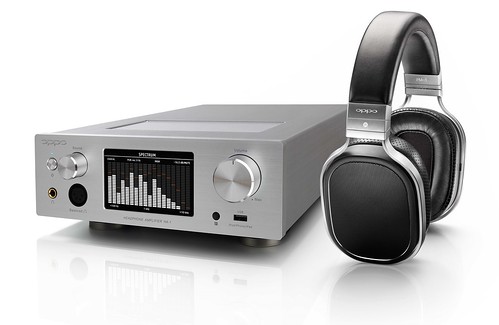 Oppo's new PM1 planar headphones and HA1 headphone amplifier are now on demo in store! Feel free to pop in for a demo! We have stock of the HA1 in black and silver, and the PM1 headphones. PM2s will be available soon.​
Last edited: Jul 11, 2014
Frank Harvey Hi Fi Excellence | Sales - Service - Advice
T: 02476 525200 | W: www.hifix.co.uk
Retailers of Hi Fi and Home Cinema Products with over 120 world class brands
Visit us on: HiFix Blog | Facebook | Twitter ​

The Great Escape and War Of The Worlds (1953) original soundtracks just in! 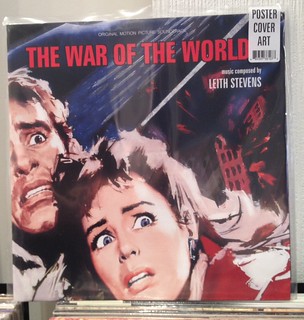 Bowers & Wilkins have announced their new and improved CM range, with an addition of an interesting extra speaker... 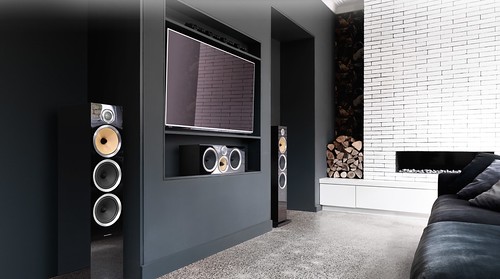 The new range takes advantage of the "double dome" tweeter which was introduced to the range with the CM10 late last year, as well as benefiting from a cleaner look, with allen bolt heads removed for example.

Models are as they were previously, with one addition - the CM6 S2. This model has the same cabinet dimensions as the CM5, but mounts the tweeter outside the cabinet in the same way as the CM10s. This aids imaging and precision, with no effects from the cabinet or its baffle, and certainly not from anything airborne within the cabinet. 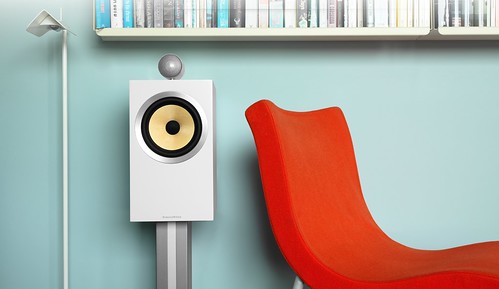 Initial listening sessions at B&W were promising, with the range displaying greater clarity and control in the bass region, with more open and airy higher frequencies, particularly the CM6, as you would expect. We look forward to eharing them in our demo rooms...

The range and prices are as follows:

Music can be accessed either by apps such as Spotify, Rhapsody (Napster), Deezer and TuneIn, as well as being able to stream music from various devices stored on your home network as well as from the handheld control device itself.

Control is simple and intuitive, with nifty little features such as being able to group all the individual zones together as one with a simple "pinch" together of two fingers (as you would 'zoom out' of a map on an IOS device). Playlists can be set up for individual users, who all have independent control of their own zone.

The HEOS range is as follows:

HEOS 3 £249
The HEOS 3 is a standalone stereo wireless speaker utilising dual full range drivers driven by a Class D amplifier, and can be used one its side or standing vertically. A second one can be added for a more conventional stereo experience. An analogue jack and a USB input are provided to plug in an external source such as a memory stick.

HEOS 5 £349
The HEOS 5 is the mid range stereo wireless speaker that utilises four custom drivers and a single radiator, allowing it to fill larger rooms. The same connection flexibility is offered.

HEOS 7 £499
The HEOS 7 is the top of the range wireless speaker, using five dedicated Class D amplifiers to drive two tweeters, two mid drivers, and a single large woofer, which are backed up by two passive radiators to improve bass performance. Obviously this will fill larger rooms than the 3 and 5. Again, the same connection flexibility with the added bonus of a headphone sockety and a wireable ethernet connection.

HEOS AMP £399
The HEOS Amplifier is a 100 watt per channel amplifier, based on Class D technology for improved efficiency and lower heat emissions. Its power output allows it to be used with a wide range of loudspeakers. As well as the streaming capabilities of the HEOS wireless loudspeakers, the HEOS AMP also has an optical digital input, a USB input, an analogue jack input and a pair of analogue RCA phono inputs for listening to external sources. A subwoofer output is also provided to add a subwoofer for use with smaller speakers, or to back up speakers in larger rooms. All you need to add to a HEOS AMP is a pair of loudspeakers.

HEOS LINK £299
The HEOS LINK allows an existing hi-fi setup to become part of the HEOS network. The HEOS LINK provides the same inputs as the HEOS AMP, but adds optical and coaxial digital outputs as well as a pair of variable analogue pre-outputs to plug into a spare input on an existing system - your current hi-fi is then ready to enjoy the full benefits of Denon HEOS.

HEOS EXTEND £79
The HEOS EXTEND can be used to strengthen an existing HEOS network, or to extend its range by placing it within the outer range of an existing network. 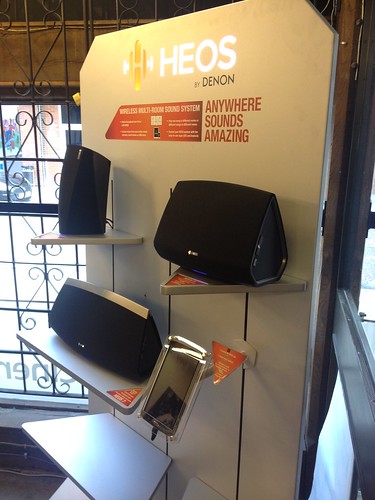 The new Reference range of loudspeakers from KEF are now available in store for demo in store at Frank Harvey Hi-Fi. 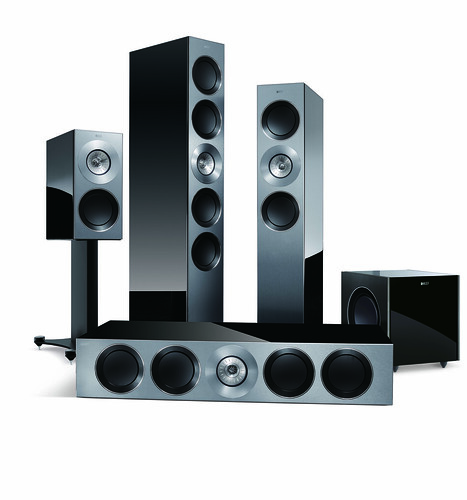