'Four Lions' is an debut feature film from TV's 'Brass Eye' writer Chris Morris. Written by Morris, Sam Bain and Jesse Armstrong. The film is a satire based on a group of four Islamic Jihadi terrorists from the North of England. Premieres at the Sundance film festival this Saturday. 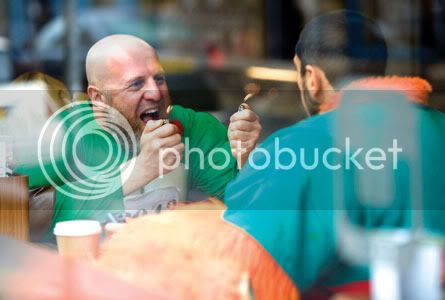 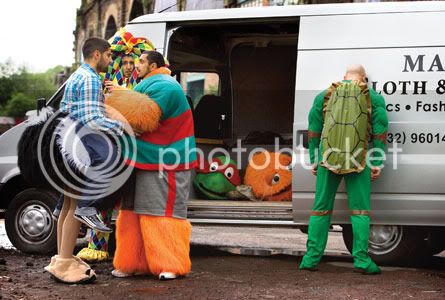 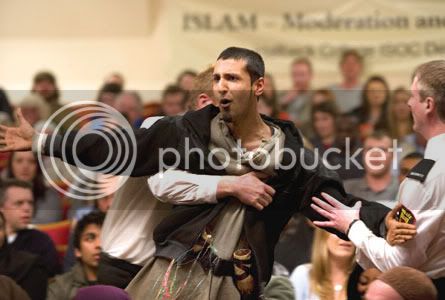 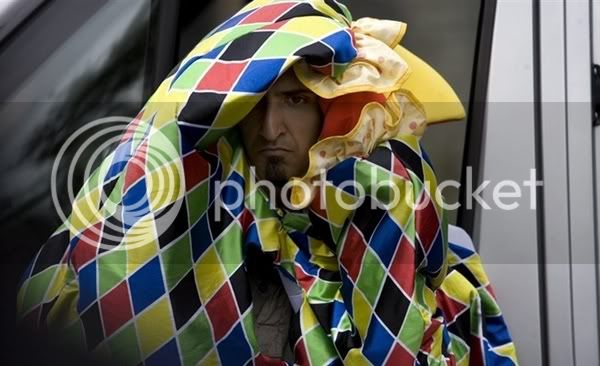 I shall keep a eye and raised eyebrow on this one, thanks

I really like just about everything Chris Morris has been involved with so I'll be keeping an eye out for this one too.

That clip is class.
D

You can tell by that clip that this is going to be classic Chris Morris. I can't wait to see this, it's going to be superb I reckon.

looking forward to this

i watched them filming some of this last year in Sheffield

I thought this might have been a little contrevertial after reading the plot outline, but after watching the clip my opinion has changed. It looks like a cracker
Classifieds Trading Rules: http://www.avforums.com/forums/view_trading_rules.htm

Looks fab doesn't it what a clip
Terminus Est
“by recognizing our uncanny strangeness we shall neither suffer from it nor enjoy it from the outside. The foreigner is within me, hence we are all foreigners. If I am a foreigner, there are no foreigners”
Ecosia - the search engine that plants trees The Ecosia Blog

mpn said:
I thought this might have been a little contrevertial after reading the plot outline, but after watching the clip my opinion has changed. It looks like a cracker
Click to expand...

I'm sure someone will be offended by it for trivialising the terrorist threat.
D

Sundance 2010: Four Lions blows everyone away!

If they don't like you going out, they'll love you comin' in
D

< In case they are taking pictures

Booked tix for this tomorrow night at Harrow Vue

Btw, I posted this thread (http://www.avforums.com/forums/tele...chance-appear-chris-morris-jihadi-comedy.html) back in Oct 2008, when CM was looking for funding, and have been on the mailing list for it ever since. Most recently they sent this ...


It's been a long time since we emailed you last. If you're wondering what's been going on, we've been very busy preparing for festivals and now for the film's theatrical release.


If anyone asks you when it's out, please send them the attached poster. In fact send it to them whether they ask you or not. Four Lions is in cinemas on May 7th. The film depends hugely on the success of the first weekend so if you can, see it then. You'll find the latest list of venues at the end of this email.

You can find more information on the film's official website: FOUR LIONS - IN CINEMAS MAY 7. Watch the silhouette character icons for hidden nonsense over the next two weeks.


P.S - Don't worry, we haven't forgotten about your film cells! To celebrate the film's release, they'll be sent out to you in May.


Best wishes and thanks,

Not too sure if it's a joke, having read this in The Observer ...

The project, a comedy about jihadists, intially seemed too controversial for any traditional funder to touch, so Morris and Warp, the company behind indie successes such as Shane Meadows, began asking fans for small donations, from as little as £10, to get the early finances moving. Several established backers did eventually come forward and the fans' cash wasn't needed.

Anyone who did volunteer their pennies was sent email updates throughout the filming and I understand each has now been promised an "exclusive cell". I think he means a still from the film, rather than their own terrorist offshoot group, but you never know with Chris Morris.
Click to expand...

A couple of podcasts ...

Never heard of Chris Morris but looks like a good laugh, the guy in Phonejacker looks funny in the trailer.

another podcast from 5 live today ... Nicky Campbell's morning phone-in (has been about the election for the past few weeks, but on polling day there apparently has to be a broadcast media blackout on related political reporting/discussion until polls close) ...

Are there some things you shouldn't EVER joke about?
Thu, 6 May 10
Duration: 41 mins

Four Lions' - a satirical film about British suicide bombers is released tomorrow - it follows four incompetent jihadists as they plan to attack London. But families who lost relatives in the 7/7 terrorist attacks are appealing to cinemas not to show it -saying its in bad taste.... So what's taboo when it comes to comedy? Did Frankie Boyle go too far when he cracked a joke about Down's Syndrome children? Was "Springtime For Hitler" in Mel Brook's film The Producers funny or uncomfortable - and what about the N-word in Blazing Saddles - when a black sheriff rides into town? You can call us - 0500 909 693 -- contact us via text on 85058 or email us at [email protected] - and see more about Breakfast on our blog and via our Facebook page.

I thought it was pretty funny, at least for the first hour. Then it shifts gears and I'm not so sure the last act quite works, though I can see what they were trying to do.

Not as good as some of Chris Morris' best TV work, but worth seeing. The cast are all excellent and I really like Riz Ahmed, who I first noticed in the zombie mini-series Dead Set and who was also excellent in Shifty.

I really don't think this is subject matter that should be off limits for satire by the way. Any "revolutionary movement" that comes up with an underpants bomber sets itself up for ridicule.
Last edited: May 6, 2010

btw, most of the quotes are from the 5 live phone-in programme (the podcast I posted above)

just back from watching it

I agree it doesn't really compare to CM's best work, and was perhaps 20 mins too long

Not sure whether to give it a go now with a few comments saying it's too long.