Floating Wall On The Cheap - Pt2 'The Living Room'

Well at long last I have got around to updating my living room setup. Just before Chrimbo I bought myself a long overdue replacement for my Panasonic Viera TV, all be it another 42" Panny Plasma, I'm a bit of a Panny TV fanboy! 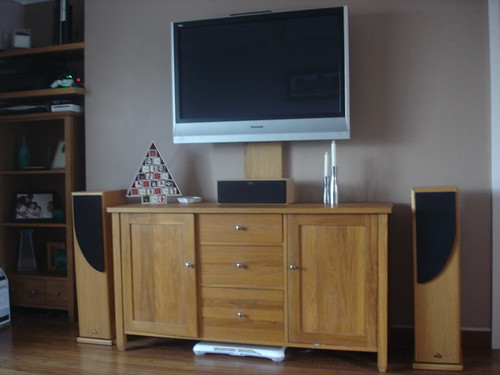 I decided I wanted a cleaner looking look for the storage of my kit. Plus as the kids are now older so understand the consequences of touching the stuff! So I was able to lower everything including the TV as sticky fingers and the risk of toast being shoved into the plasma has now past..thank god!

So this time I bought -

and luckly I still had the priceless Handy Dad :thumbsup

So, as per the other thread we measured up and built the floaty wall. 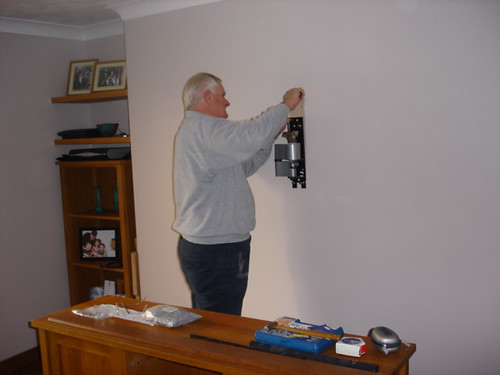 Back of floating wall, fitting the lights - 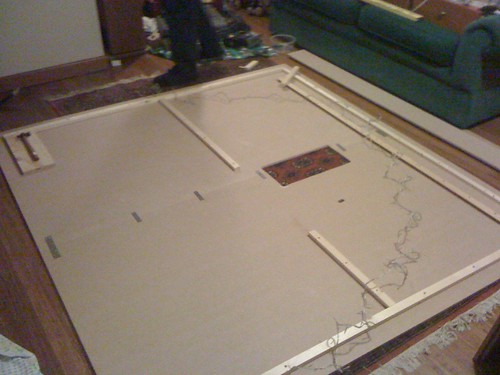 In place and testing it all works - 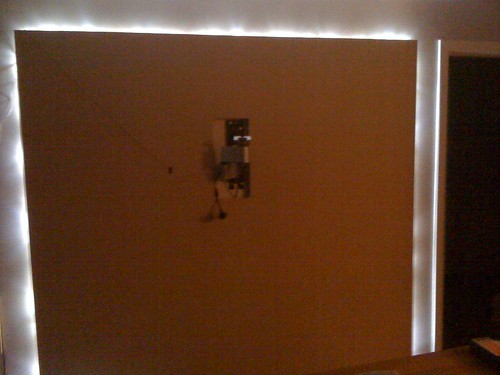 Now I apologise for the lack of pics on the build of the AV Cupboard...My missus managed to delete them from the camera!

However..1x weekend and various evenings decorating, I now have a new room setup - 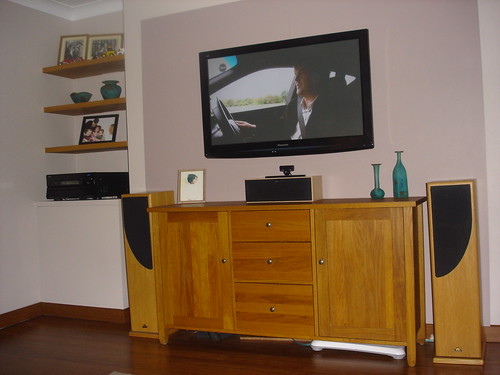 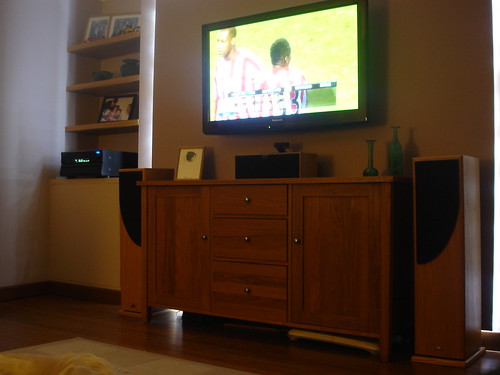 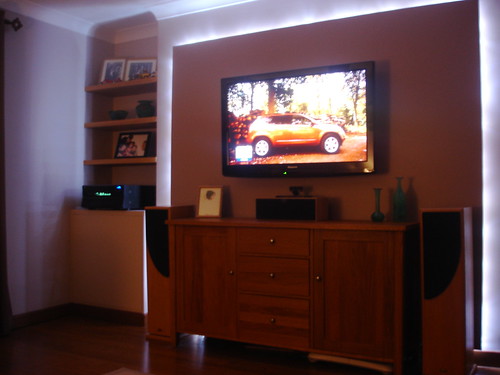 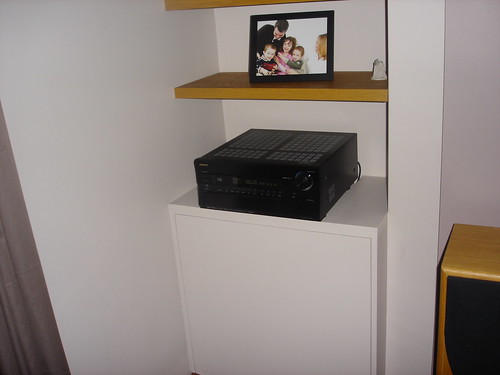 The cupboard door works on a one of those push release mechanisms that you get for Kitchen units etc. That way I don't spoil the look with a handle...a bargain £3 from Ikea ;-)

For your info the blue lights from under the HD box and PS3 are my bargain laptop coolers from Amazon (£4 ). They are USB powered so are only on when the units are switched on and have a spare USB plug so double up as a hub for charging my headset and controllers. They work really well and ensure the units never get to hot when the door is shut. TBH I tend to leave the door open slightly when I'm on the PS3 as that way it has plenty of air flowing around, and is no different than being on the shelf. Plus, now that it is below the oven that is my Onkyo amp the whole thing feels cooler than before anyway.

The Sky box is now fitted with a Sky Eye thing that I also got for Amazon for about £5. It connects to the RF connection on the back and has an IR reciever (tucked under the amp) on an extended wire, so I can use the Sky box without having the door open. 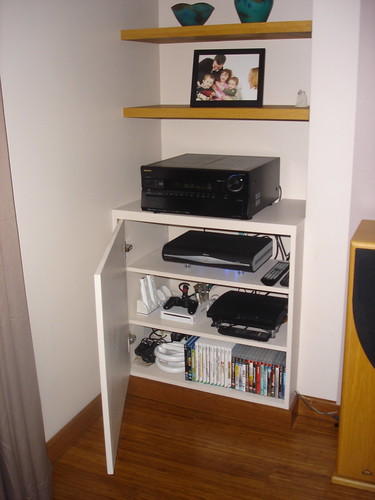 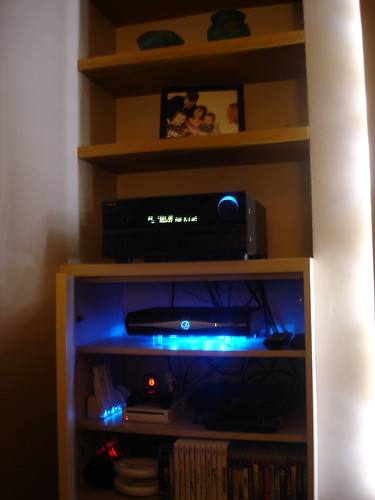 All in all I'm really pleased how it came out. We had friends around over last night and I now have a commission to build them one


Love how you hid the Sky and PS3. Very clean finish.
T

i like the way you have done that and i am after something similar myself. i have space next to the chimney breast to have something like that.

Does the sky box not get hot in there?

i have allot of kit i would prefer to house in a cupboard like yours, is that custom built?

The Sky box is no hotter than it was on the previous shelf setup. If anything when it is on it is a bit cooler thanks to the USB powered laptop cooler. Also what you can't see is I have left a pretty decent gap at the back of each shelf and also the one the amp is on to aid the hot air to disperse upwards.

i like it and will look at something similar

Is your dad for hire?

Mrs is moaning about the state of the living room...
Gaming tag = Stinja
T

A quick question - how have you attached the shelves inside the your cabinet? Thanks

Stinja said:
Is your dad for hire?

Mrs is moaning about the state of the living room...
Click to expand...

It's pretty easy mate. The hardest part is the mounting 'hook'. But a DIY shop should be able to pre cut it.


Tomdw82 said:
A quick question - how have you attached the shelves inside the your cabinet? Thanks
Click to expand...

My original £50 Floating Wall Project & Part II 'The Living Room'
You must log in or register to reply here.

W
Where to put speakers in a tiny room

Outside build for a movie room

Speaker advice for a dedicated home cinema in progress