My first time posting here. I've had a Panasonic plasma Versa I bought back in 2007. It was one of the first 1080p tvs that came out which I used with my PS3 to watch Blu rays with.

I've been doing research and I'm in the market for potentially 2 TVs. I've looked at the reviews for both and search here on the forum as well.

1. Will be in my living room that is well lit and that will be a 55inch TV. I was looking at the reviews and the Samsung Q80R and the LG C9 seem to be people's favorites.

2. The second potential TV (65 inch) will go in my basement where there isn't much light that would be the nicer TV. I can potentially wait till the new models come out later in the year for this one. This one I would probably hookup the Samsung sound bar (Q90R) that seems to have good reviews.

The Samsung and LG C9 seem to at a similar price if I want to get the 55inch version.

I'll be watching Netflix, Amazon Prime mostly (some HD cable) and want to get the most out of my TV.

Not sure what other information to give but my budget is around the $1500-1700 range for the living room TV and maybe a little higher for the one in the basement.

Any advice would be great and if there is another TV in that range I'm missing let me know. Not sure how much more the prices will drop on these TVs if I continue to wait. Being stuck in the house because of the virus I thought it would be a good time to at least get one TV

Also I was leaning towards the Samsung for the living room because I would leave it on for pictures and there isn't burn in with those TVs right vs the LG OLED?

The Samsung Q80R is a no brainer if you are wanting not to bother handling glare so much, its anti reflective filter is the best to date. The Q90R is a little better again with HDR due to better dimming and peak brightness. It also can run HDMI 2.1 VRR over its HDMI 2.0 ports at 120hz compared to the Q80R 60hz. Both use HDMI 2.0 but have a few HDMI 2.1 features modified outside of the spec by Samsung.

The LG C9 (or cheaper B9) would be more suited for dark room viewing but should still get a lot brighter than your current Plasma so glare shouldn't be as bad. The anti reflective coating is still good, but not quite as good as the Samsung models. Some content will give you more problems than others with an OLED as similar to Plasma TVs they use ABL. You should be familiar with ABL and how it darkens bright images on your Plasma TV. In terms of nominal levels of brightness though, an OLED can get around 3x brighter in SDR mode and 5x brighter in HDR mode than your current TV. Whilst the Samsung LCD TVs like the Q80R will be up to 5x brighter in SDR and 10x brighter in HDR. The Q90R brighter again.

As far as prices go, new 2020 lines are out now which tend to cost around 50% more at release compared to their equal picture quality predecessors from the year before. Now would be the time to find potential bargains on 2019 stock while its phased from stores...although the Pandemic could delay that.

If you are going to leave the TV on a lot with static content that has huds, tickers or any static elements then you should not use an OLED. Beware of OLED Burn In Risk

But as you already own a Plasma TV, you should already be aware of these risks, since the way burn in occurs is the same.

As for the Samsung LCDs when it comes to burn in? It's not impossible but it's more unlikely. An LCD TV can still get burn in if you use it with static elements enough, it just won't happen as soon as an OLED will.
Read My TV links & guides
Please don't forget to include these details if you want to ask for a TV recommendation!
My opinions expressed here do not represent those of the AVForums or its associated websites.​
M

Are there any videos that show how good anti glare is in these TVs? My tv is directly opposite the main window and during the day gets a lot of glare.
Domestic Treble winners, back 2 back league and league cup winners 2019.
"You'll never win playing that way in the Premier league" - Stan Collymore 2016

If you hold on to your TVs for decade i dont think any oled can last that long even with taking best care about burn in.
Samsung Q90r,Sony HT-Zf9,Ps5,XsX,Xbox X,Ps Pro,N Switch,i7/rtx3080 TUF.

maverick177uk said:
Are there any videos that show how good anti glare is in these TVs? My tv is directly opposite the main window and during the day gets a lot of glare.
Click to expand... 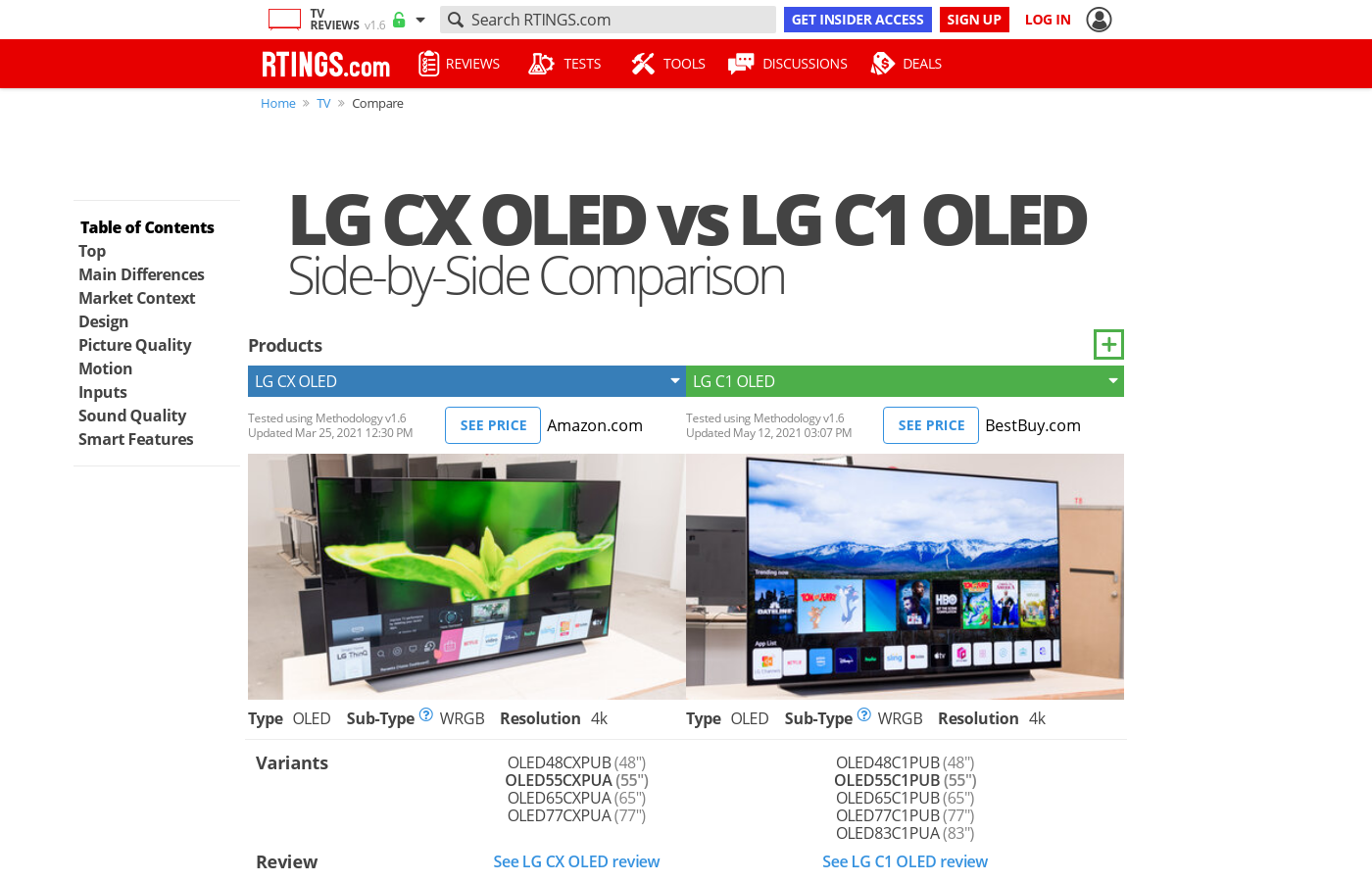 The Samsung Q90/Q90R and the LG C9 use different panel types, each with their advantages and disadvantages. The C9 looks much better in a dark room, as the OLED panel delivers a nearly infinite contrast ratio and near-perfect black uniformity. The Q90R is significantly brighter, and the...

www.rtings.com
Read My TV links & guides
Please don't forget to include these details if you want to ask for a TV recommendation!
My opinions expressed here do not represent those of the AVForums or its associated websites.​

MEGATAMA said:
If you hold on to your TVs for decade i dont think any oled can last that long even with taking best care about burn in.
Click to expand...

Finally I'm ready to pull the trigger and I think I will go with the Samsung Q80R as one first living room TV and then later upgrade to another one for my basement.

Excited and I'm sure the picture will be much better than my plasma I'm hoping
You must log in or register to reply here.

C
TV Comparison & How Important Is It To Buy A Model From The Current Year?

Advice on Samsung's The Frame TV