Finally, the first professional, gay footballer comes out whilst still in the league.

This is a huge thing for him and such a brave decision. For all the dinosaurs out there that will be flooding the comment sections of the Daily Hate Mail with comments such as, we don't need to know, why tell us, nobody cares, keep your personal life to yourself, etc, I'll say that the answer is the same I gave my mother when I told her I was going on the Pride march in the 90s, It's because people think I should hide myself away and deny who I am to make their bigoted beliefs valid. They are not. Some people are gay, get over it! 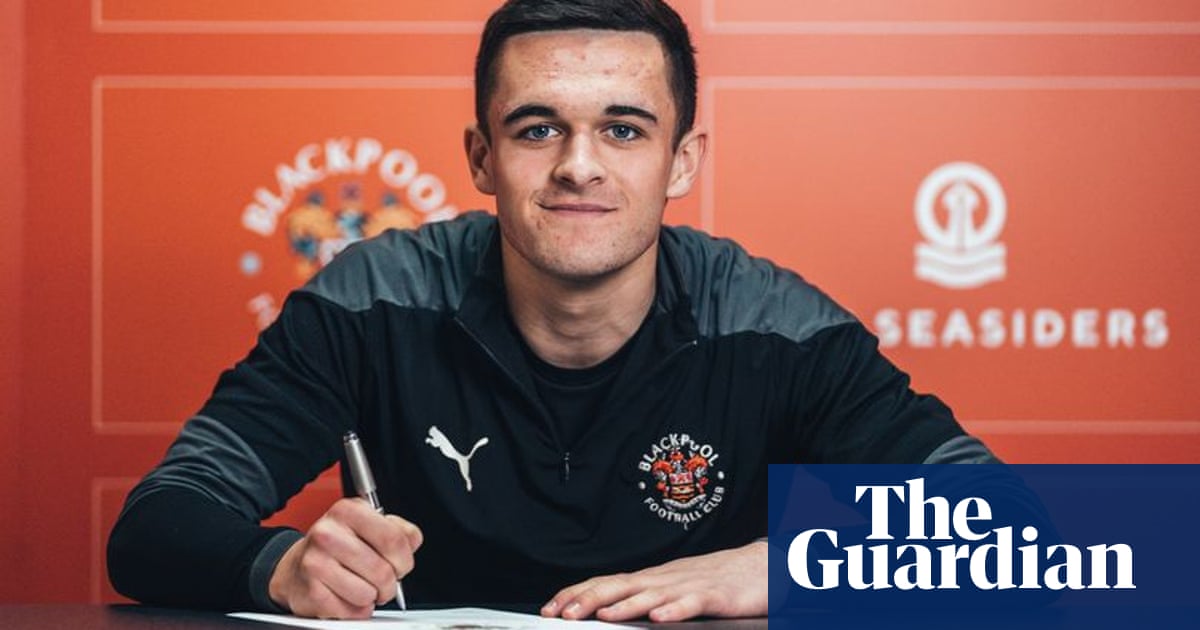 www.theguardian.com
Living life for the emojis.

How seriously depressing though in 2022 that this is still a 'thing'?
"The very purpose of existence is to reconcile the glowing opinion we hold of ourselves with the appalling things that other people think about us." Quentin Crisp

VivaE said:
How seriously depressing though in 2022 that this is still a 'thing'?
Click to expand...

It is and yes, it is.
Living life for the emojis.

Massive respect to the lad, such a brave thing to do so publicly at 17. It shouldn’t be a ‘thing’ in this age, but unfortunately football seems to operate in its own sphere.
It sounds like he’s got great support from his club and team mates so hopefully he can ignore the abuse he will sadly get and be able to live his life in his own way. As he said himself in his statement you being you and being happy is what matters the most.
Opinions expressed here are my own and do not represent those of AVForums or its associated websites

VivaE said:
How seriously depressing though in 2022 that this is still a 'thing'?
Click to expand...

And what’s almost unbelievable in this day and age is that he’s going to get abuse from some of the knuckle draggers who follow football.
RIP John 'Clarkie' Clark.
PSN: ScuD_MuFFiN

I wonder what kind of reception he'll get the next time he plays for Blackpool and I don't know if the end of season timing of this announcement is deliberate but they won't be playing any league games for a few months.

I agree with the previous comments and football operating in its own sphere is part is the reason why I stopped attending football matches. I know there are bigots all around us but that seems to be intensified in the football world. I remember on too many occasions while at a football match hearing some braindead morons chant some bigoted crap which is not something I generally hear at any other type of event. It has been a very long time since I attended a football match but it doesn't seem to have improved much, if at all.

I have massive respect for the lad as it is a brave decision and similar to what's already been said, it's seriously depressing that's the case in 2022.

There is no reason why he should receive any uncertain welcome the next time he plays. I honestly believe that we are past all that 20th century BS. Supporters no longer boo or show any resentment when players drop to their one knee (PL that is) and I don't expect players who have the courage to announce their sexuality to receive anything other than respect from their supporters. Unless they play for Liverpool that is.
XBOXLIVE gamertag VoodooBravo
On MIXCLOUD at Alan Taylor
On SOUNDCLOUD at Alan Taylor
On YOUTUBE at Alan Taylor

Good on him and good luck to him. Ridiculous that its an issue in 2022 but sadly it is.

DemonAV said:
There is no reason why he should receive any uncertain welcome the next time he plays. I honestly believe that we are past all that 20th century BS. Supporters no longer boo or show any resentment when players drop to their one knee (PL that is) and I don't expect players who have the courage to announce their sexuality to receive anything other than respect from their supporters. Unless they play for Liverpool that is.
Click to expand...

There was really no need was there to tarnish this with a piss poor snipe implying Liverpool fans would behave in a homophobic manner, just because of another unrelated matter a few days ago. Have a word with yourself on that.

Secondly believing we are past this sort of thing is I'm afraid naive. As the link in the post above yours shows. And the fact he's the only player since Justin Fashanu to do this. There'd have been more for sure if they'd have been confident enough of the environment in which they inhabit.

As Rob said, sadly there's still plenty of knuckle dragging morons in our society who end up at football matches up and down the land. Abuse is an issue lower down the league as well, but gets little coverage or acknowledgment.
​
​
You must log in or register to reply here.