Darth_terra said:
lol nah not that bad but a PS5 title for sure.
Click to expand...

Haven't played this on PS1, but will look forward into it. Wish they've made it classic turn-based and focus on the graphics like FFX/X2.

Favourite game of all time. Can't wait for June. Just wish it was still turn based.

Whatever I type up there ^ is solely my opinion and not that of my employers.​
W

Any idea yet what the release is with this? Is it both parts (assuming its on two discs) in one package or released separate? Im guessing if they did split it in two a certain memorable scene would be a good place to split it.

I would have assumed it is the full game, bag of pants if not and can do one..

It's still episodic this first one is just midgar stuff even with it being on two discs, they haven't said how many parts the final version will be.

I'm still hyped for this, i'm of an age that remembers plunging hours into the four disk original on the original Playstation.
PSN: TheWidowMaker40
XBL: LaughingHyena74

I was being a touch flippant in my last post, however, now I'm reading the word episodic and I'm really losing interest and have visions of Tell Tale games and bite sized slices of gameplay, I so hope that's not the case. FFVII was one of the first single player games I sunk 100+ hours into, it was epic. Yes, 40 hours or so was probably grind, but I was expecting the remake to make it pretty, streamline the combat, take away some of the grind and leave us with a good 40-60hr modern RPG to relive the story. What I think we're going to get is an interactive movie with FFXV type combat inbetween..

Final Fantasy VII Remake Feels Great To Play, But The Project Might Not Be Finished For A While

This afternoon at E3 in Los Angeles, I watched an extended demo of the Final Fantasy VII remake and got my hands on a build for about 15 minutes. Here’s the good news: It could be really special. The bad news: We have no idea when the whole project will be completed.

“We can’t reveal that many details about this,” producer Yoshinori Kitase said when I asked him today how many games will be in the series. We know that the first one is set entirely in Midgar, and that, according to Square Enix, it’s the size of an entire numbered Final Fantasy game—a radical reimagining, given that Midgar was maybe 5 or 10 percent of the original game on PlayStation 1.

“Before we actually started working on this, we knew it was going to be a large amount of content,” Kitase told a group of press. “When we started out planning the plot for the first game, it hit us again... at that point we decided we were going to focus first game on Midgar and what happens in Midgar. Unfortunately we can’t say anything more about the future games, because we don’t know ourselves.”

Kitase added that the development team is simultaneously finishing Final Fantasy VII Remake’s first game, which is out in March 2020, while planning game number two.

Following a brief presentation during which Kitase and his team demonstrated a build of the first few moments of the game (which looked great), I got to play a demo that takes place within the first Mako Reactor. I hacked and slashed through some enemies, climbed down some ladders, and fought a reimagined version of the scorpion robot, Final Fantasy VII’s first boss.

So yes, this is all promising. Especially the expansion of personalities. The lingering question is: what is this game going to be, exactly? How are they going to expand Final Fantasy VII’s introduction into an entire game that Square says has to be on two Blu-ray discs? Is all of Midgar going to be explorable? Are we going to get a 10-hour version of the Honeybee Inn? Guess we’ll find out in March.
Click to expand...

KennyNinja74 said:
I'm still hyped for this, i'm of an age that remembers plunging hours into the four disk original on the original Playstation.
Click to expand...

Yep. Time to fall in love with Aerith & Tifa all over again. The FFVIII Remaster was also a wonderful surprise. That looked as if it was never going to happen. Still the best OST of any FF game imo.

Between the two FF games and 'The Legend of Zelda: Link's Awakening', this was a pretty great few days for old school gamers. More remakes/remasters!
"My armor is contempt. My shield is disgust. My sword is hatred. In the Emperor's name, let none survive."
S

Then another translation said this is not the case, I've not really been keeping abreast of the situation, but some images do look pretty shocking 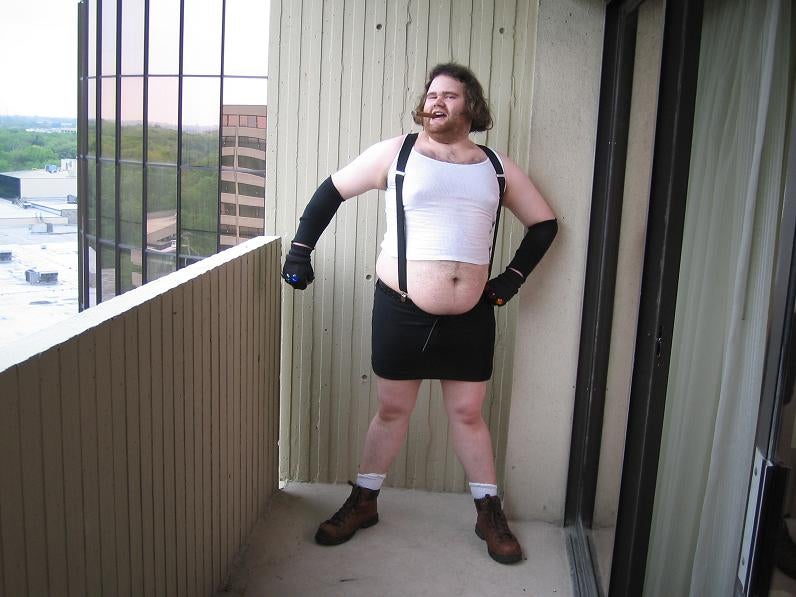 Final Fantasy 7 Remake is everything you want it to be, so put down the pitchforks

A remake of a classic like this needs to do more than just shrink a few cup sizes and add some extra pixels. It needs to walk a fine line between bringing the game to a new audience and keeping old-timers happy. On top of all that, it needs to feel good.

I'm here to say that, at least in the hands-on I got on the E3 show floor, it does. The combat has had a complete upgrade, and where better to test it out than in a mission where Cloud and Barret have to fight their way through a Mako reactor before taking on a robo-scorpion boss?
Click to expand...

Really, REALLY looking forward to this but one thing niggling me is the price and if it's only for the first "chapter", what will the following parts cost?
Telly, Blu-ray, games console, amp, speakers, cables. Nice couch, remote, beer, cuddles. Sorted.

Personally, I think we've got to stop looking at this as chapters. Each release is going to be it's own contained game within the Final Fantasy 7 world. This first game takes part in Midgar and I assume the others will take place elsewhere within the world. They're going deeper into the FF7 lore and giving fans a more in depth story/game.
PSN: GeneticMutation

Looks great... Just hope that ain't doing the episode route to just milk cash from us.. if this is full price then I'm expecting at least 25/50hrs of game play despite it only being In the makro area..

Be interesting to see how this pans out..

Oh, love the new battle system, reminds me alot of the system in ff7 crisis core on the psp which was brilliant!!
PSN - Wildcat___
R.I.P. Madmurdock (Glenn)
Rest In Peace M8
​

Final Fantasy 7 Remake will have a turn-based ‘Classic Mode’ that plays like the original
YouTube: Chalkmeistergeneral | Twitch: ChalkyWhyte

Square-Enix has tweeted that the game has been delayed until April 10 stating they need more time for polish, yet you know there will be a day one patch etc as all things go these days, not sure it's a great move it's original March 3rd would have given them a good margin for sales now not so much, not when one of the other big and most hyped for games in cyberpunk is now less than a week away from it.

Is this so they can add the rest of the game?

a week after resident evil 3 comes out and 6 days before cyberpunk 2077. 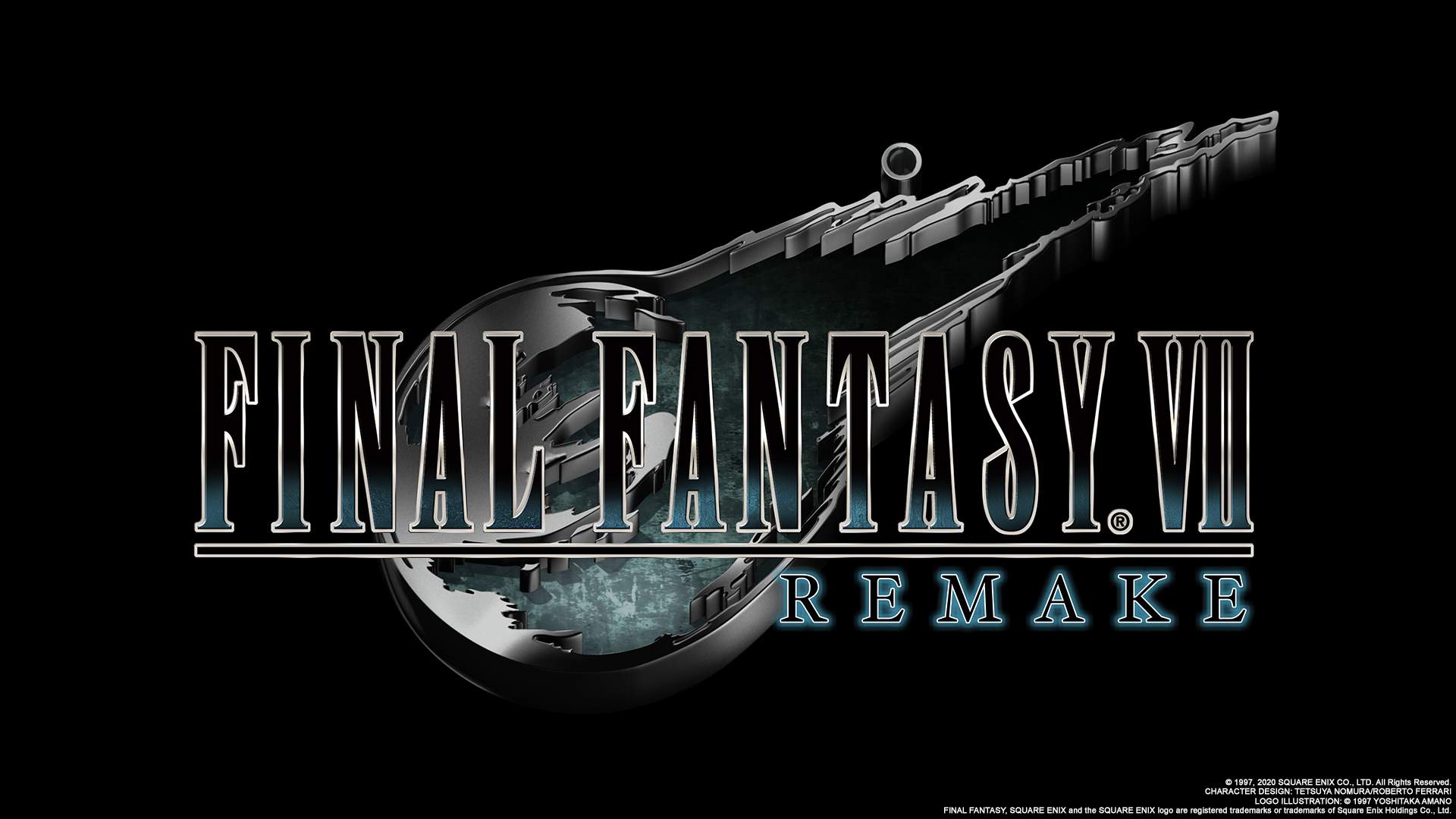 “We know that so many of you are looking forward to the release of FINAL FANTASY VII REMAKE and have been waiting patiently to experience what we have been working on. In order to ensure we deliver a game that is in-line with our vision, and the quality that our fans who have been waiting for deserve, we have decided to move the release date to April 10, 2020.

We are making this tough decision in order to give ourselves a few extra weeks to apply final polish to the game and to deliver you with the best possible experience. I, on behalf of the whole team, want to apologize to everyone, as I know this means waiting for the game just a little bit longer.

Thank you for your patience and continued support”

I'm hoping the summer has nothing coming out, March/April is mental.