Tom Davies said:
What doth it profit a man, if he shall gain a bit of peace and quiet on AVF, but lose his soul?
Click to expand...

I Second that Emotion. My Guy Tom is a Soul Man. Everyday People should Get Ready to Try a little Tenderness.

Can we stick to the movies themselves please
If you want to talk politics then we have a forum on that too.

In the meantime I will do a quick tidy up
Any further posts off topic will be deleted and infractions issued
universal GamerTag : drnoGAMER
my opinions expressed here do not represent those of the AVForums or its associated websites

I thought this was pretty terrible, top to bottom.
I barely know where to start.

if you have a magical pony that knows who’s worthy of leading the wizards why bother with the whole election process ? But then again, the pony tells them all who should lead them and they ignore it anyway.
Blood oaths aren’t all that are they ? They stop you from going against the person you have one with until you do and then… well it just stops being an oath.
Le Strange infiltrates the Grindlewald cult to do…. Nothing, likewise Queenie, in fairness she joined, didn’t really feel it then just left.
Credence a vitally important individual that everyone is after… well he’s not that important and is actually just going to die and frankly if anyone would’ve just told him who he was to begin with (which is actually pretty easy when you have a mirror text messaging service) they’d have saved themselves a whole lot of bother.
Tina can’t be involved in saving muggle and wizard kind…. Because her day job is more important…erm okay… she’s replaced by a random new character that’s a bit annoying and does very little.
Jacob is back, but for no real logical reason.
Nothing sticks, it’s plods along at a snails pace, stuff happens and gets resolved without consequence.
Mads does his rent a bad guy routine, it’s never explained why he no longer appears as Jonny Depp, when they had an easy way to explain it.
That’s just it, the whole film is lazy. I was under the impression there was meant to be more of these, but they mostly seem to wrap things up here, I can’t see any genuine need for anymore. Really enjoyed the first two, but this was a complete Shambes.
3/10
Last edited: Apr 17, 2022

Phil1975 said:
Well I watched yesterday and I have to be honest I actually really enjoyed it.

Loved the new fantastic beasts added to this film.
Also thought Mads made an excellent Grindelwald.

The 2 and bit hours flew past, yes it had its flaws but overall it was a pleasant enough.
Really enjoyed the duelling elements.
7/10
Click to expand...

Just came back from watching it with the wife and the son’s fiancé and all of us enjoyed it a lot, like you experienced the time flew by which is usually a sign you enjoyed it.

The wizard fight scenes were intense compared to previous movies, and way more than during the Harry Potter ones but I would say their story/plot was better. 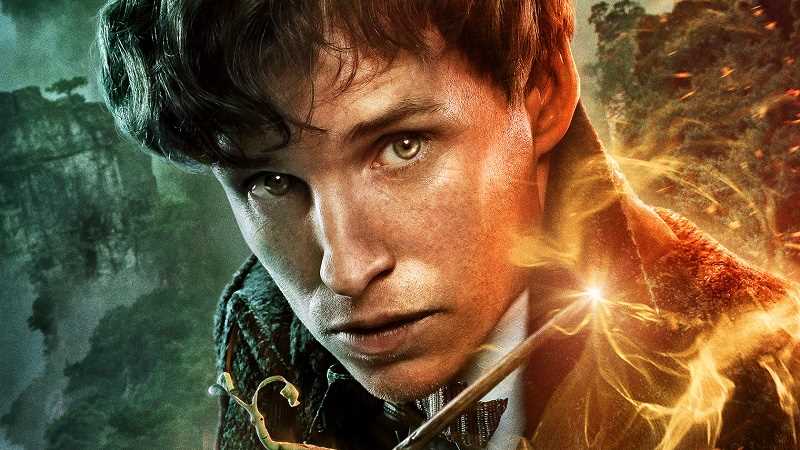 Fantastic Beasts: The Secrets of Dumbledore didn't live up to expectations at the box office last weekend, & a new report suggests a decision about what happens next is coming from Warner Bros. Soon...ish.

I quite enjoyed this, much more fun and better plot wise than the 2nd one. At least there were fewer tangents and unhooked threads... probably only a 6 but a fun, oh if it's on we'll watch it 6

My opinions expressed here are just that. That gaff is dyslexia
Ruby Quartz Shades. Well, what would you prefer! Yellow spandex? Oh and Logan Stay Away From My Girl.
What's a Magneto? You Homo Sapiens & Your Guns. When Will These People Learn How To Fly.
​
M

Saw this yes and it’s kind of meh! The whole series just doesn5 pull me in like the HP films, also I swear that Jude Laws accent kept changing from British and American very weird. Maybe when they’ve done all 5 as a whole it may be ok, but I don’t even watch the other two on repeat unlike the Potter films which are always on.
Domestic Treble winners, back 2 back league and league cup winners 2019.
"You'll never win playing that way in the Premier league" - Stan Collymore 2016

Slinkywizard said:
What did I just watch? That was just completely incoherent. They totally ballsed it.
Click to expand...

The reason for that is you are a muggle.

Luminated’s home cinema room
Movie Image Collection
You must log in or register to reply here.

Win a Fantastic Beasts: The Secrets of Dumbledore Merch Pack