Well its been a while now since I got the keys to my first house, August the 20th to be precise. I have finally started making good headway into my AV install so thought i would share some pics. Theres nothing more than waiting for pics of the finished product but hopefully it wont be to far away now.

Sorry for bad quality pics they are off my iphone.

Base frame, tv mounted and power cables and cat5 run 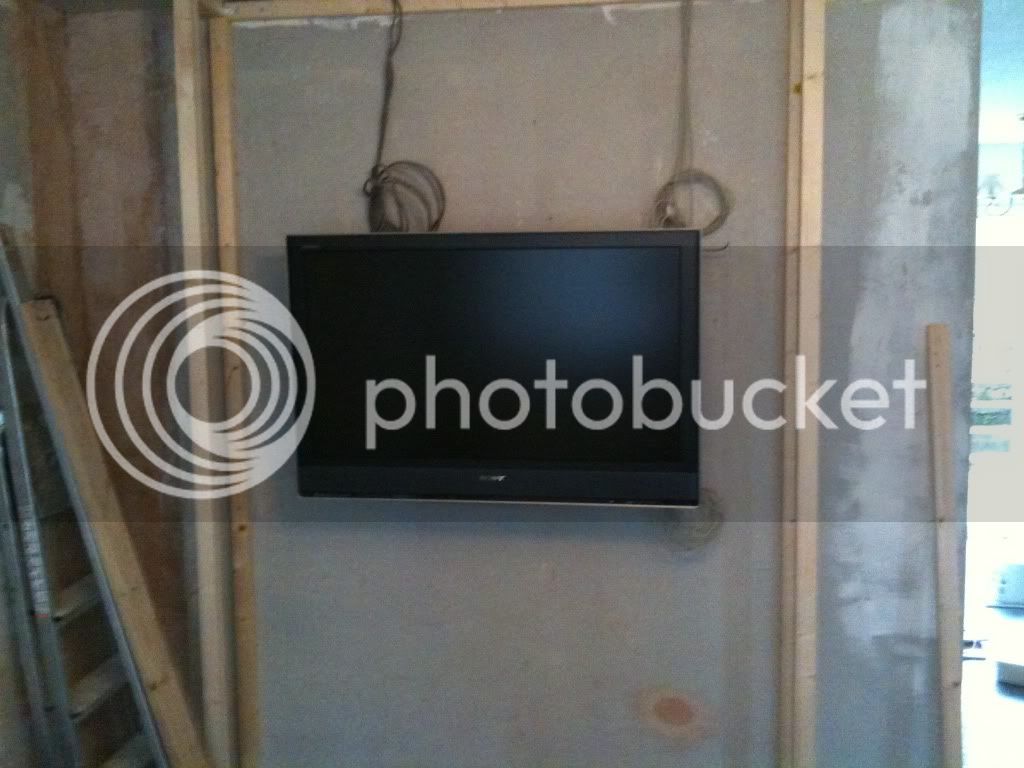 The cat5 runs to under the stairs where all the bits are going to be, Xbox, PS3, AMP, SKY HD, Media Centre PC.
I've also wired in two double sockets to accomodate all the kit. 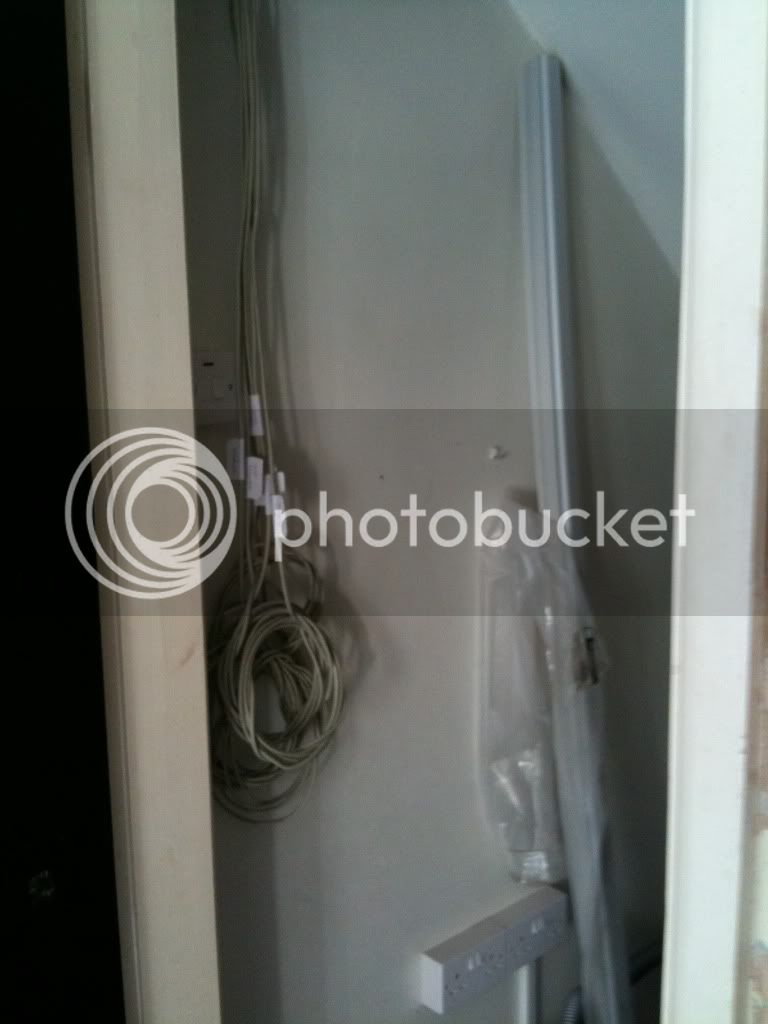 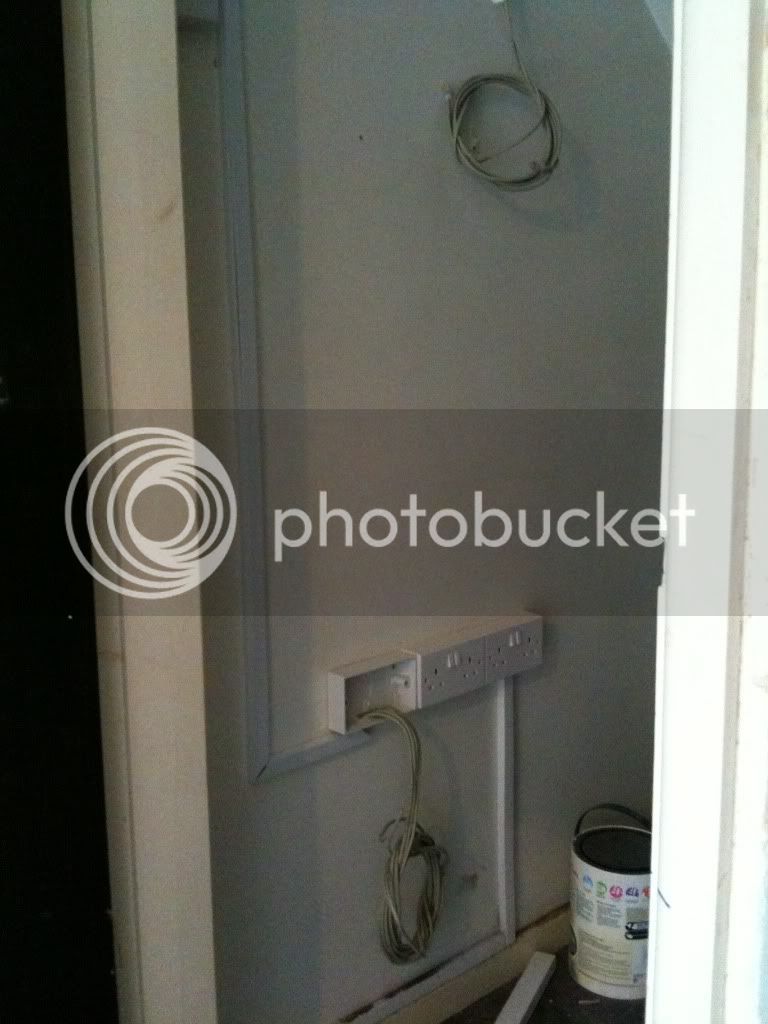 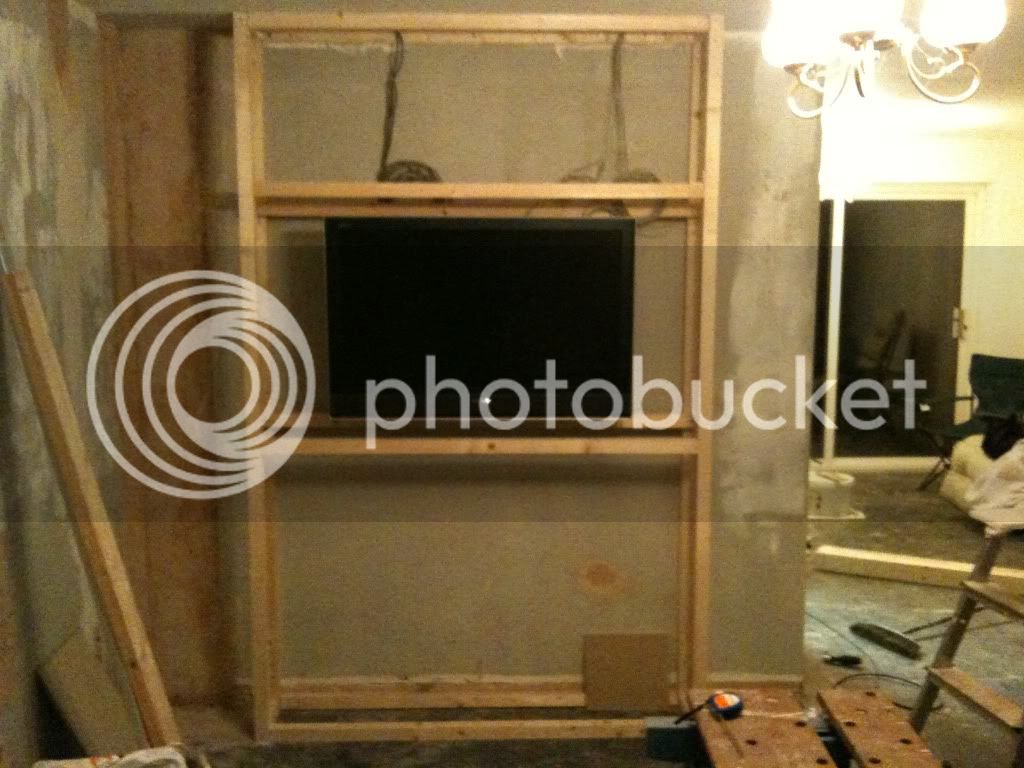 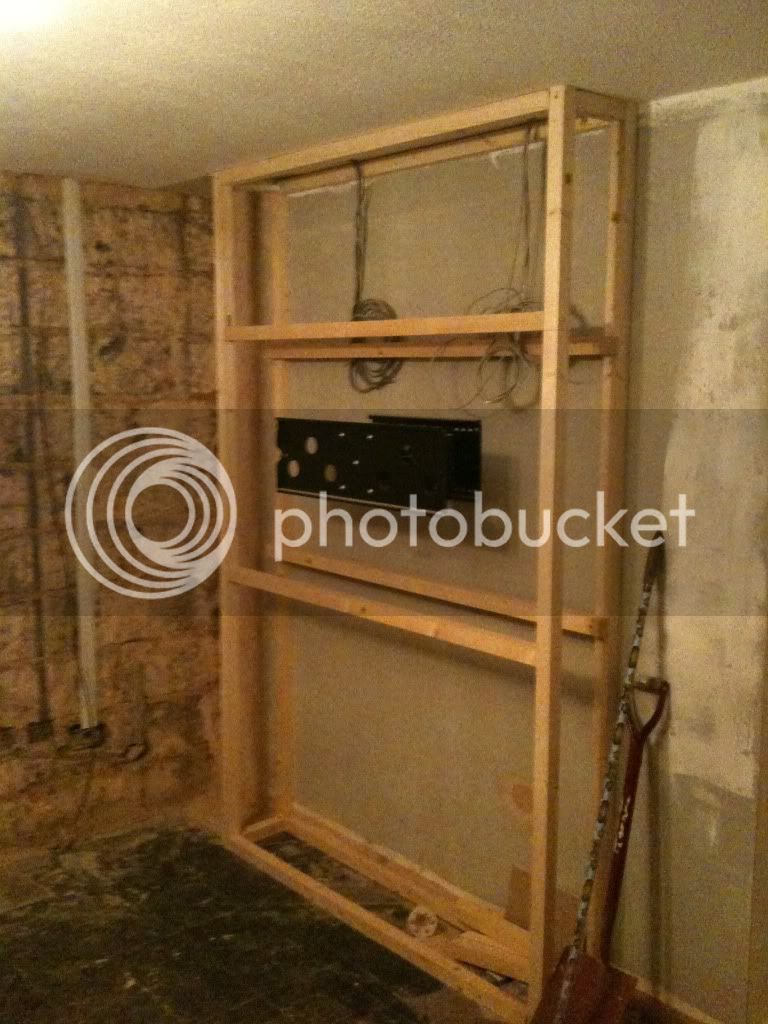 Lower recess made which is going to be used just as a feature really. Oh and for an ipod dock which will sync back to the PC under the stairs 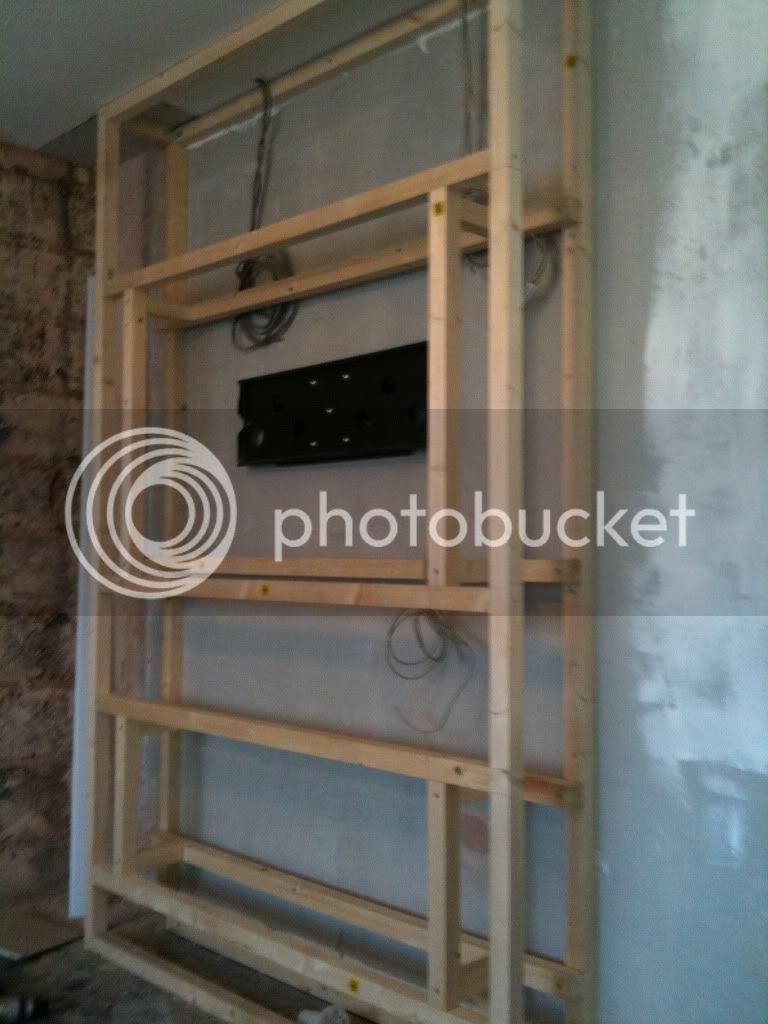 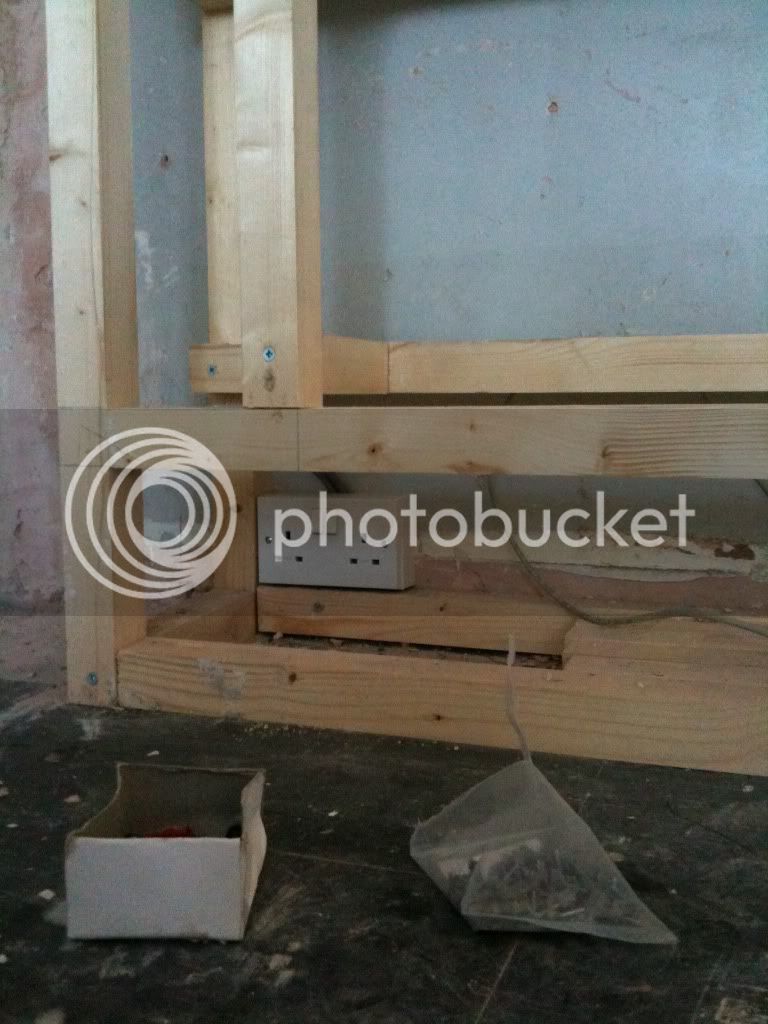 Speaker boxes made and mounted 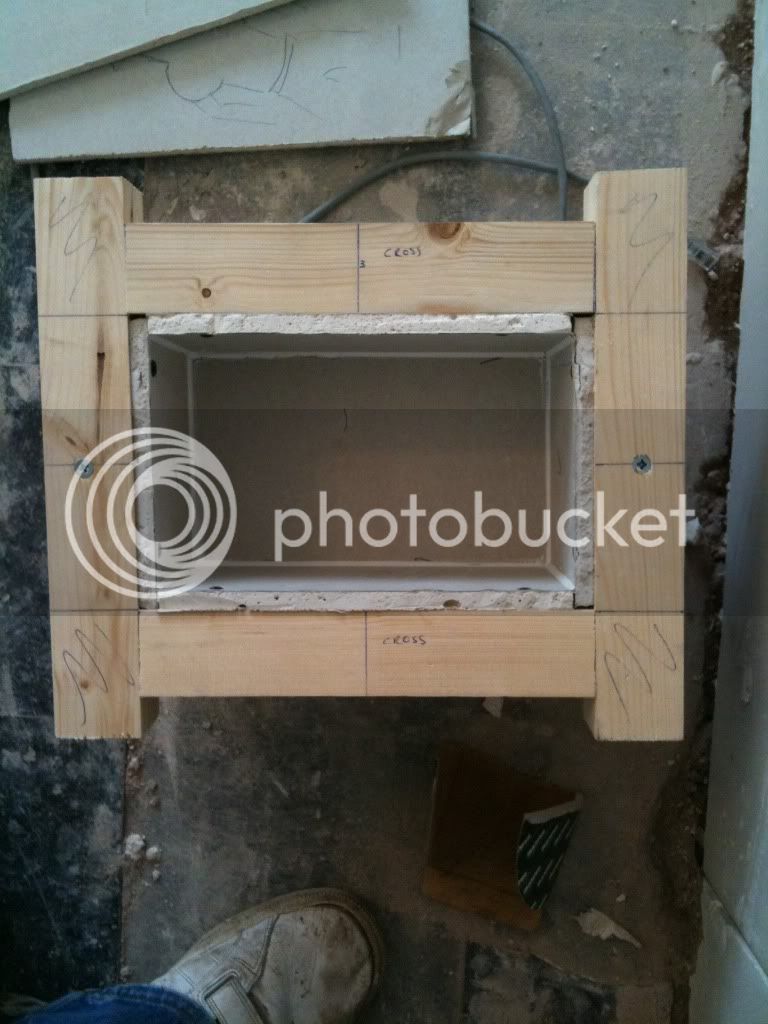 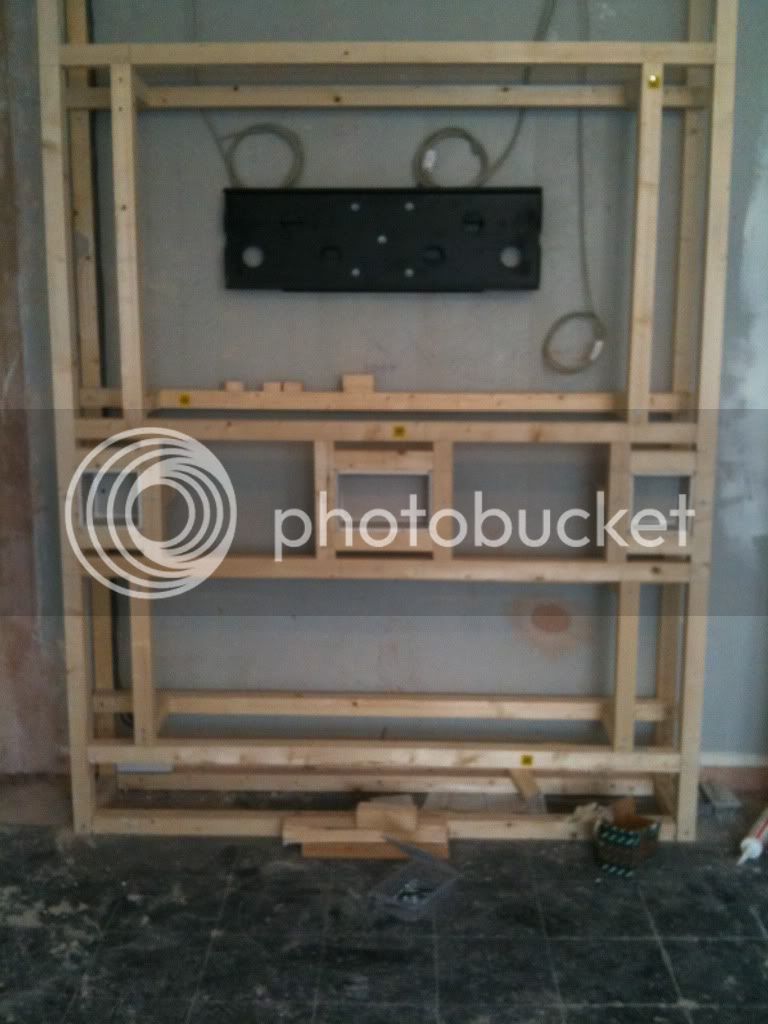 Some pics with the boarding happening. You can see the runs of speaker cable which all needs a good tidying up too 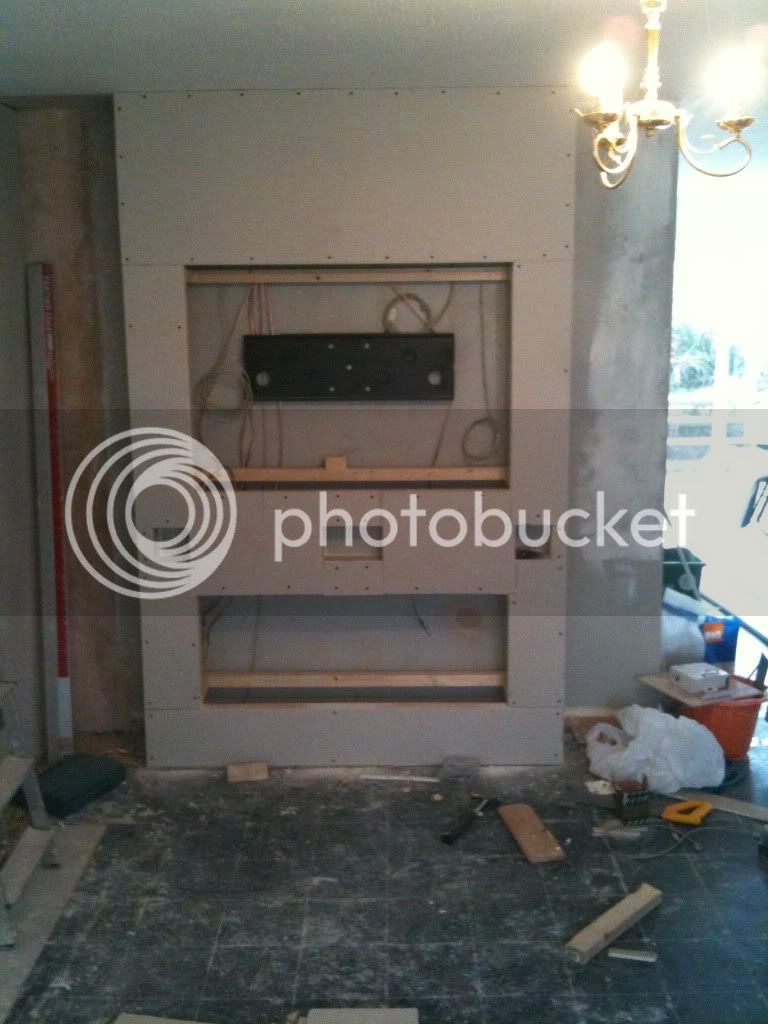 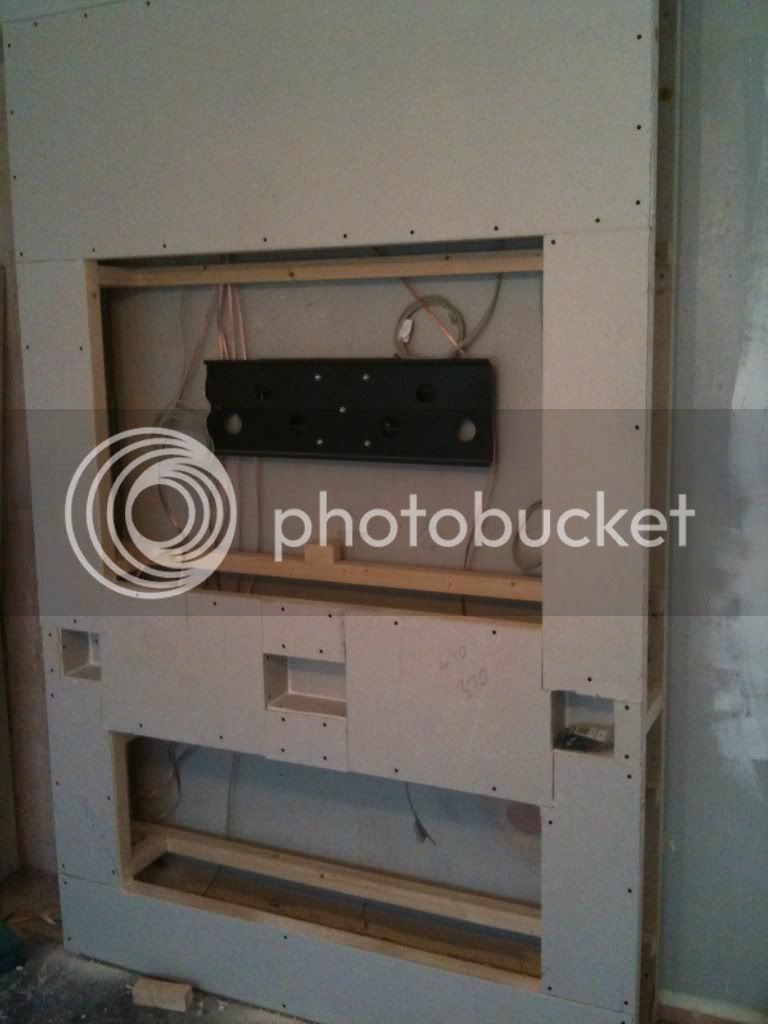 Pics of the Speaker cable for the rear speakers 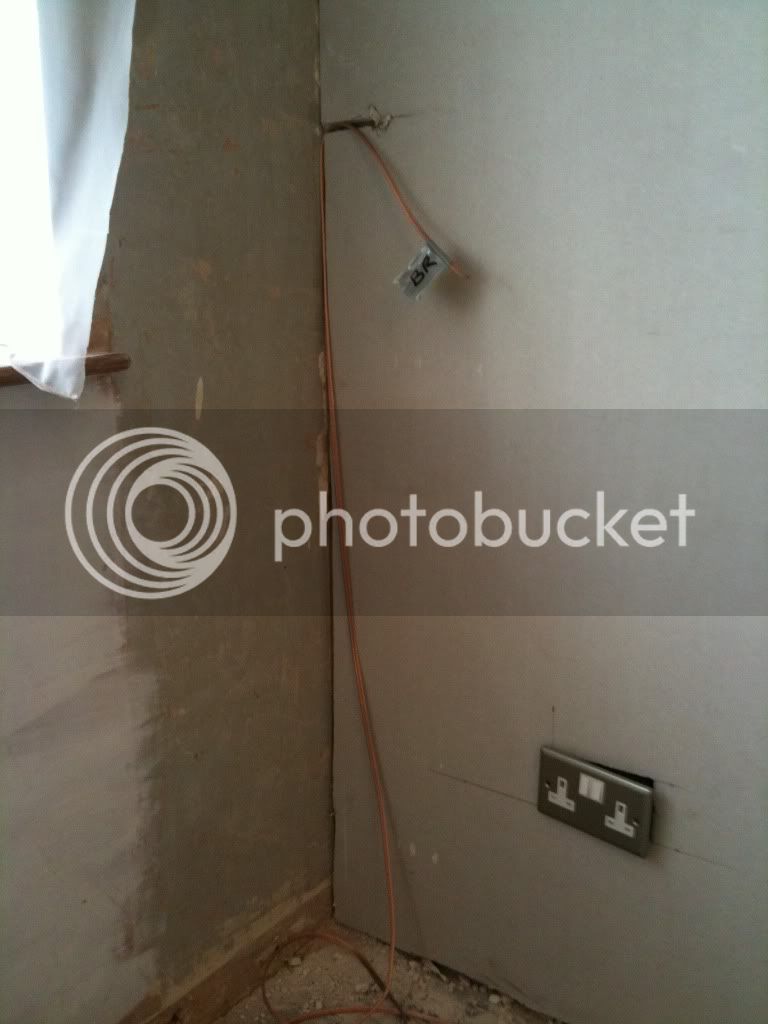 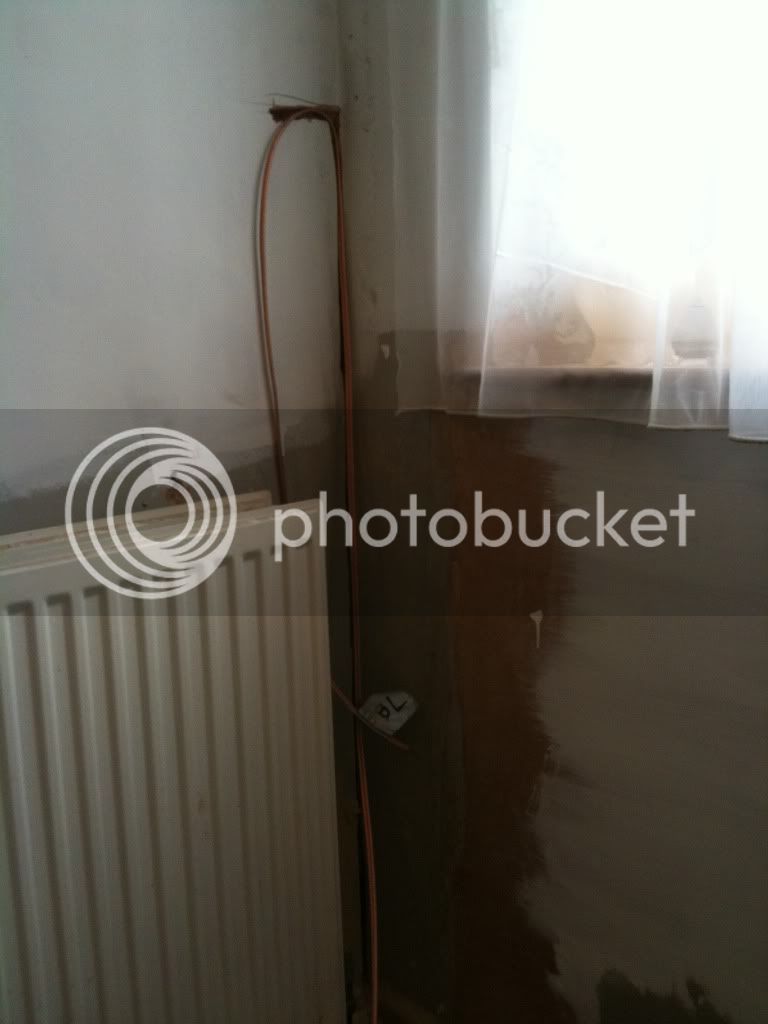 Im fitting the downlights for the lower recess tonight and boarding it which will also have a switch on the left of the chimney. Ill also get the ipod dock inplace too
HDMI Baluns have arrived today so will also check and test all is good.
Apollo Lighting kit is being ordered for backlighting the TV.
Jamos being used for speakers. Already bought those so I could get the speaker boxes right.
Onkyo Amp needs to be bought
I use XMBC media centre with my iphone/touch to control it.
Marmitek ir recivers for the IR devices
and when some more money is available Ill prob sort a Global Cache and Use bobby universal on the ipod

Then a damn good booze up when all is done. The last few bits will be ongoing, I need to get in the damn house really, lol. I didn't think that I would gut the house when we first got the keys but I went a bit hammer crazy.
Let me know what you think so far

Love the post, do you have anymore pics on your progress?

A great start, just thought I would come in with a word of warning.

Make sure the unit is totally secure, and not susceptible to vibration caused by your speakers or subwoofer. My install can vibrate at certain frequencies and dBs, so just check it all before making it harder to rectify any issues you might find after it is all decorated.
Receiver Denon AVR-X3400w Speakers 3 x B&W LCR 7 In Wall, 2 x Monitor Audio W265's Subwoofer DIY HT18, iNuke DSP3000
TV Samsung 65Q85T, Sources NVidia Shield
​
B

Heres a pic of it finished 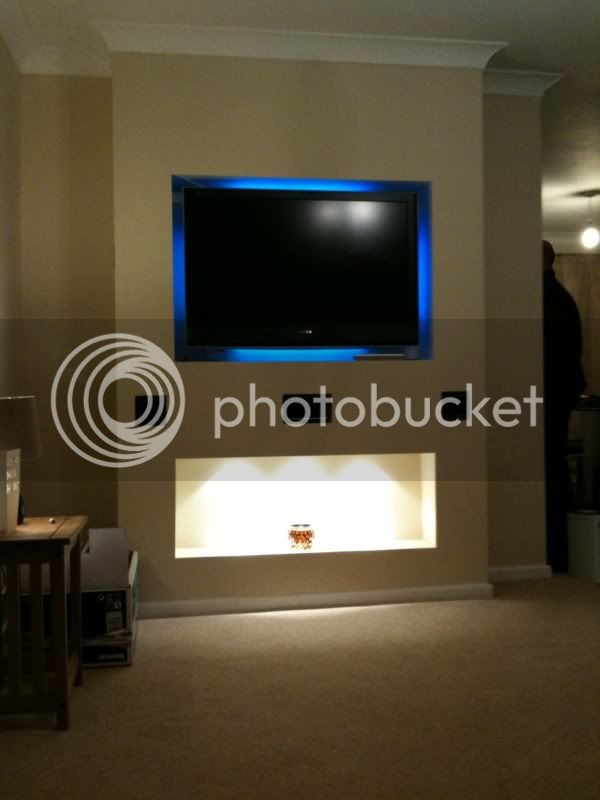